FORMULA One drivers observed a moment of silence in opposition to racism before the Austrian Grand Prix kicked off on Sunday, while all but six drivers took a knee as a mark of respect. 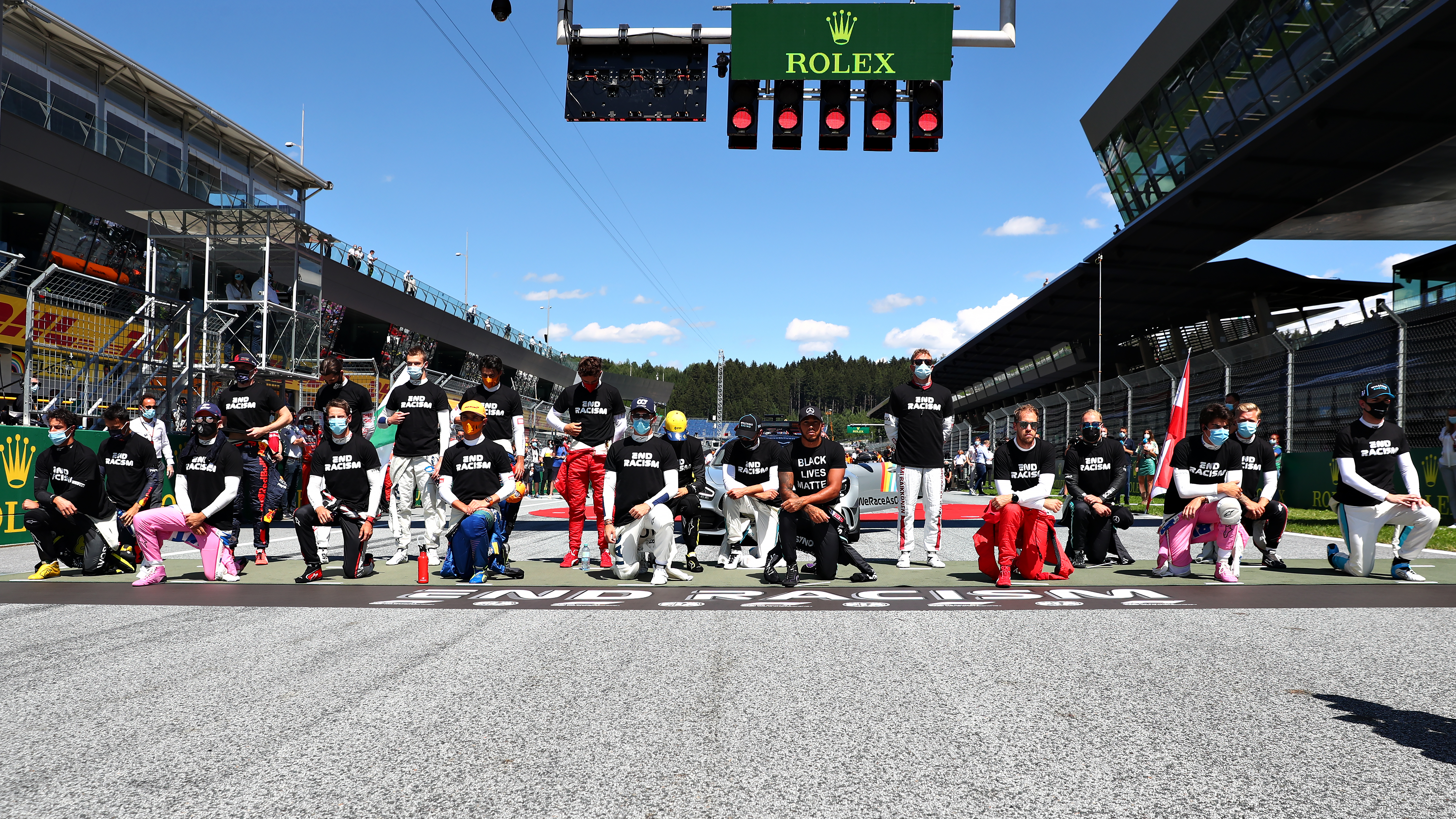 "I believe that what matters are facts and behaviours in our daily life rather than formal gestures that could be seen as controversial in some countries," wrote Leclerc.

"I will not take the knee but this does not mean at all that I am less committed than others in the fight against racism."

Verstappen echoed similar sentiments, writing: "I am very committed to equality and the fight against racism. 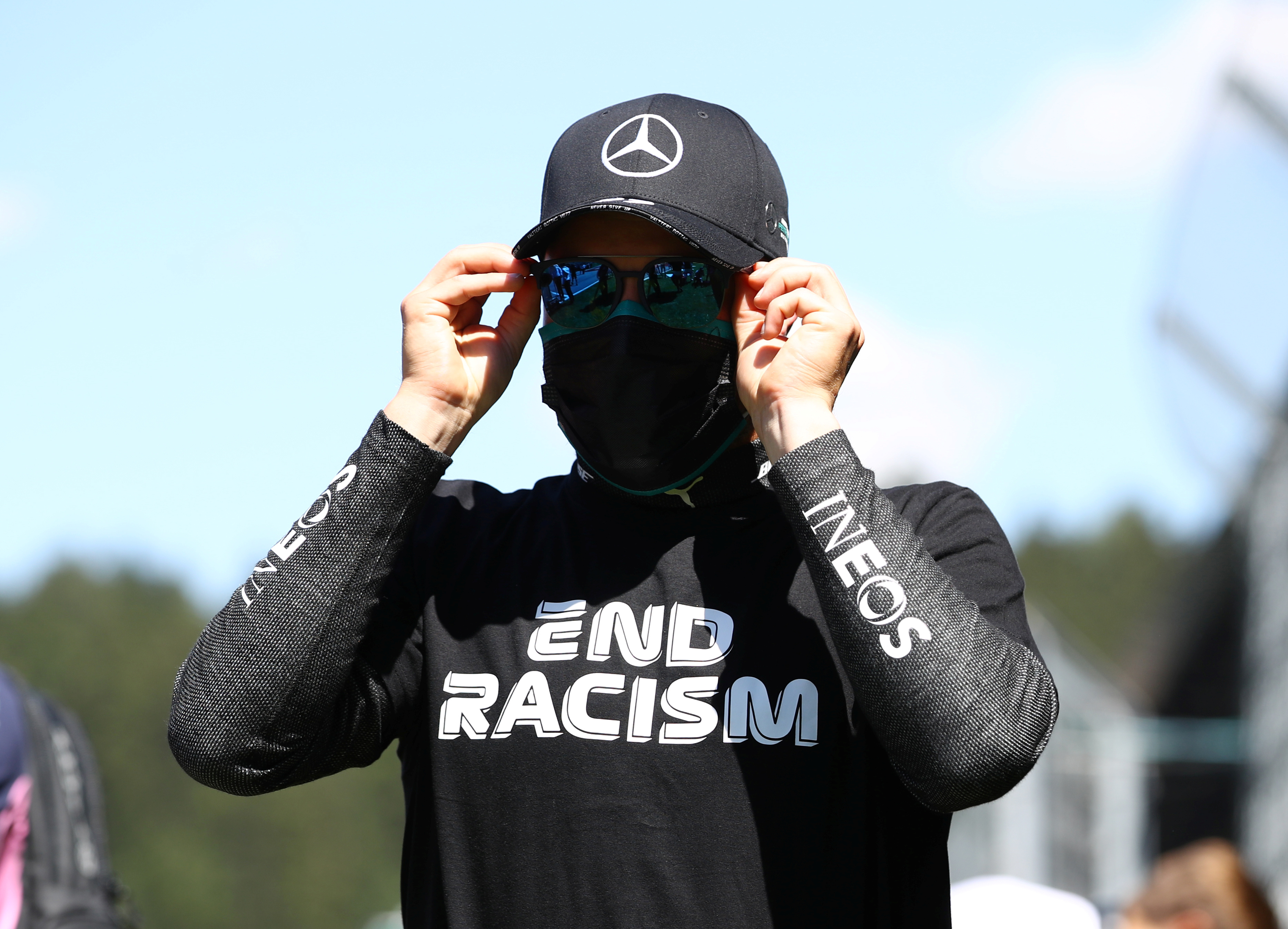 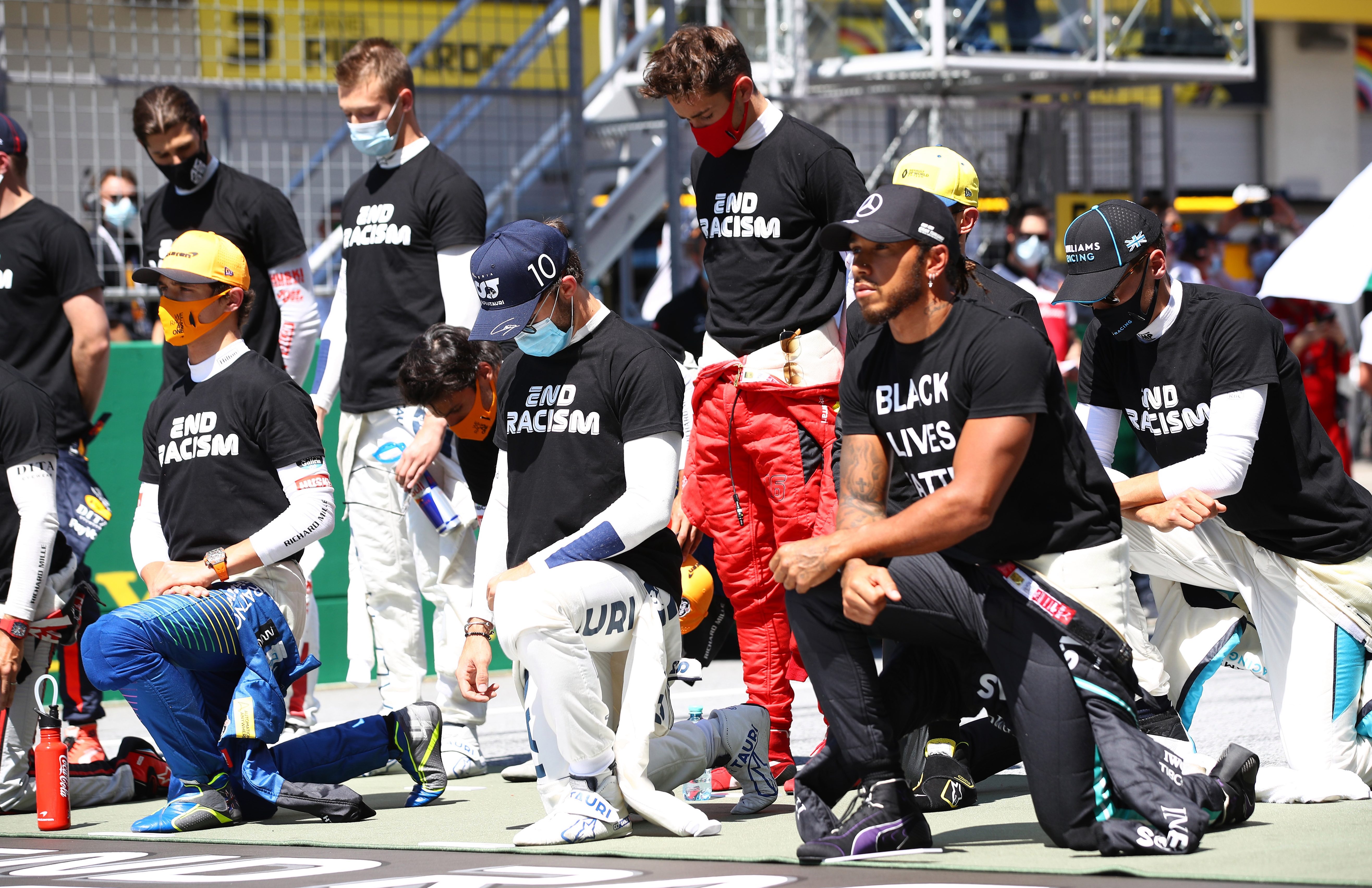 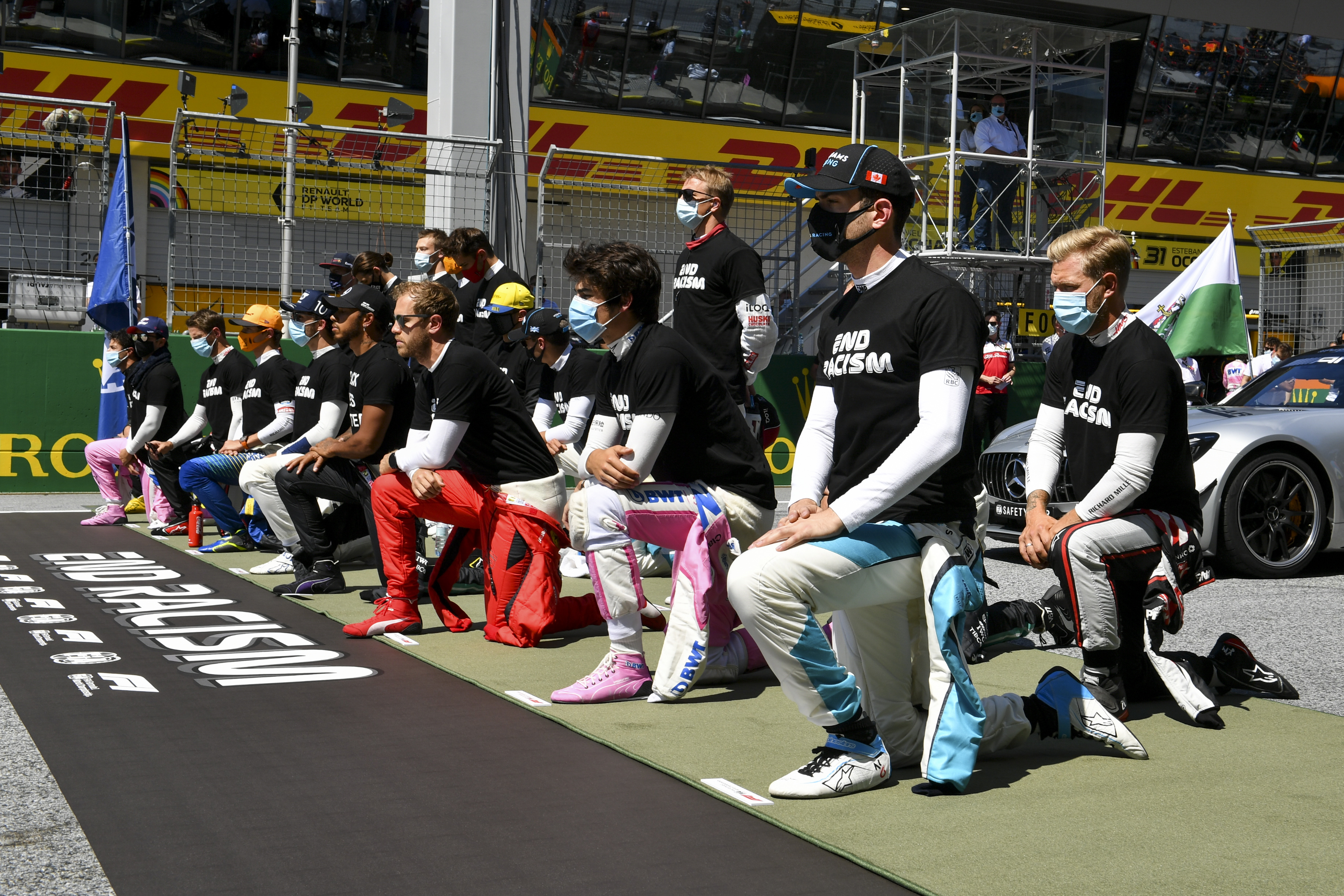 "But I believe everyone has the right to express themself at a time and in a way that suits them. I will not take the knee today but respect and support the personal choices every driver makes #WeRaceAsOne #EndRacism"

Prior to the drivers taking a knee, Hamilton had warned his Formula One rivals that "silence is complicit" when it came to racism.

The decision on whether to kneel before the race was discussed during a virtual meeting between the drivers on Friday night, but they failed to reach a unanimous conclusion, Sky News reported.

Speaking on the eve of Sunday's race, the Black driver said: "We spoke a bit in the drivers' briefing, yep, interesting.

"I don't know what we will see… Potentially, people will pay their respects in their own way.

"I just described that silence is complicit and there is still silence in some cases.

"So, I thanked those that have said something on their social media platforms – because they have a great voice – and encouraged the others that have not, to say something."

Hamilton's Mercedes team are racing in an all-black livery this year in a bid to send a defiant message against racism. 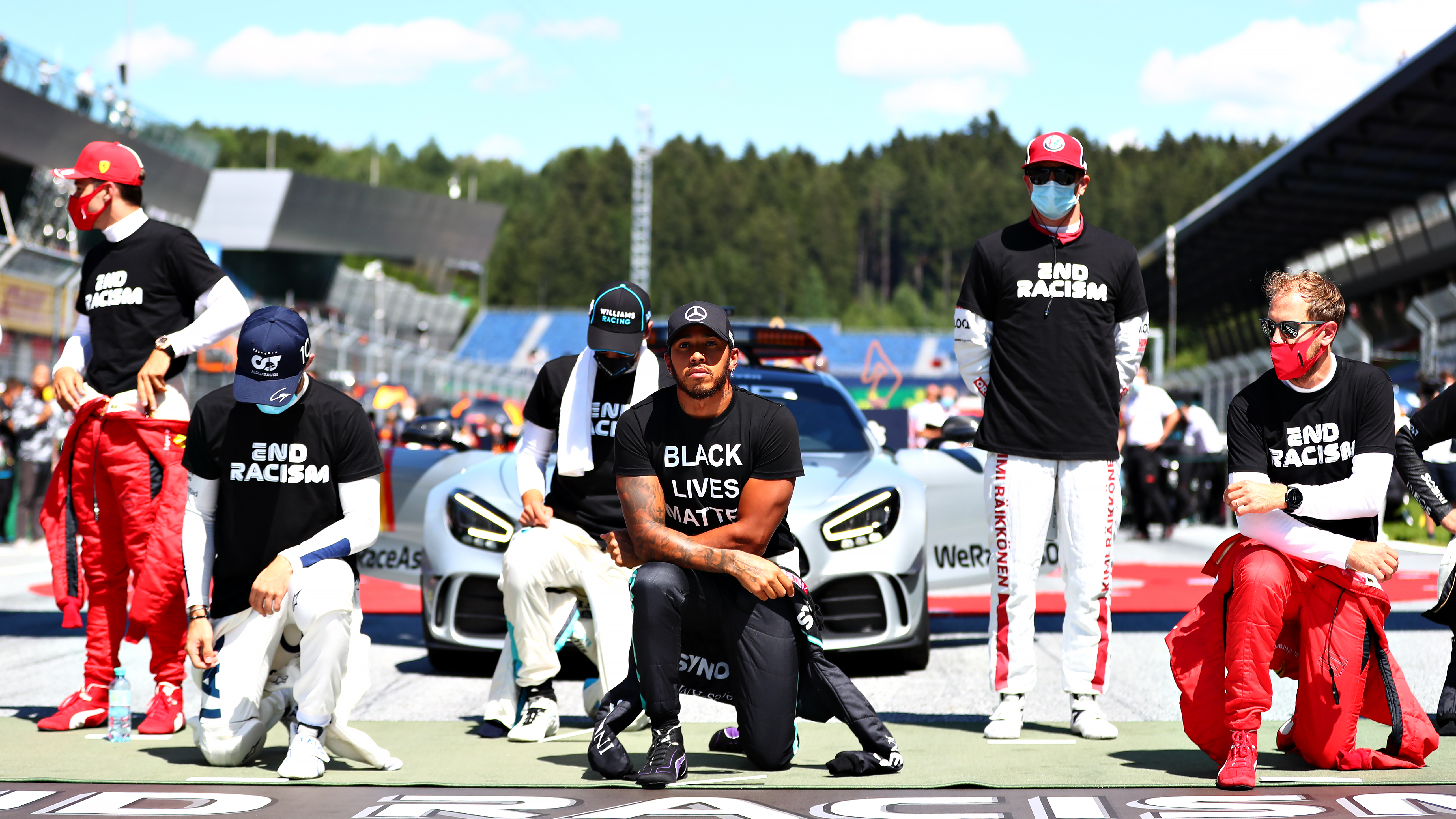 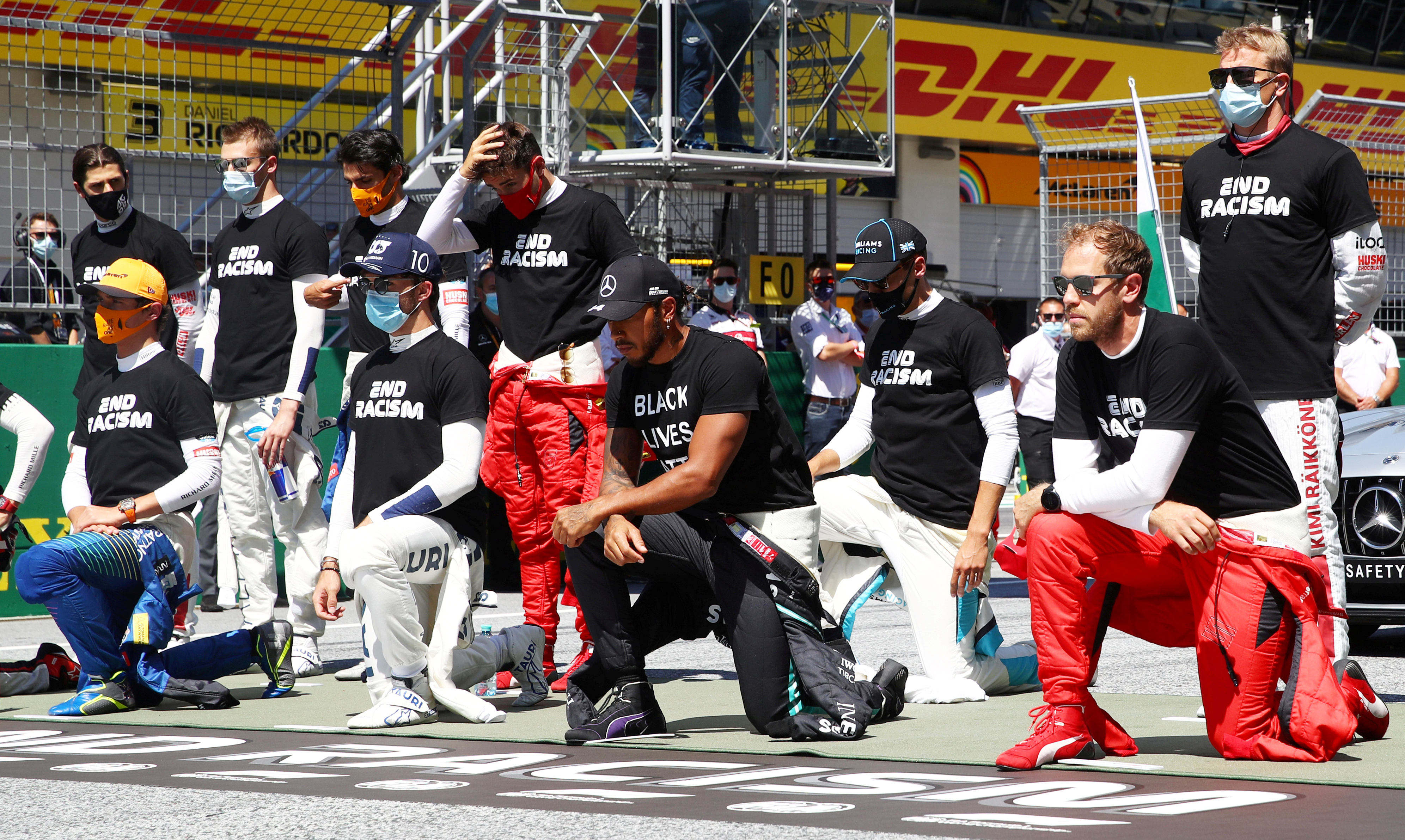 Although the take a knee movement has been around for years, it has grown in popularity following the killing of George Floyd, a Black man in Minneapolis.

Floyd's death sparked the recent Black Lives Matter protests after a video went viral on May 25, 2020, showing police officer Derek Chauvin kneeling on his neck and back as he pleaded for his life.

Chauvin was the white cop filmed in the now-viral video kneeling on Floyd's neck for over eight minutes before he lost consciousness.

After Floyd was located near his car by police, they claimed he "physically resisted officers" while possibly under the influence of either drugs or alcohol.

Footage of the incident posted to social media shows Floyd groaning in pain and saying repeatedly "I can't breathe" to Chauvin, while he was kneeling on his neck.

The cop had his other knee on Floyd's back, near where his hands were handcuffed.

In the shocking footage, Floyd can also be heard saying "Don't kill me!" before he becomes motionless with his eyes closed.

A recent poll showed that more respondents supported athletes taking the knee in the wake of George Floyd's death and widespread demonstrations.

Former 49ers quarterback Colin Kaepernick started the movement when he knelt during the national anthem in 2016 to decry systemic racism in the US.

Only 28 percent of Americans agreed with it that year and by 2018, 35 percent agreed with Kaepernick, according to a Yahoo News/YouGov survey. 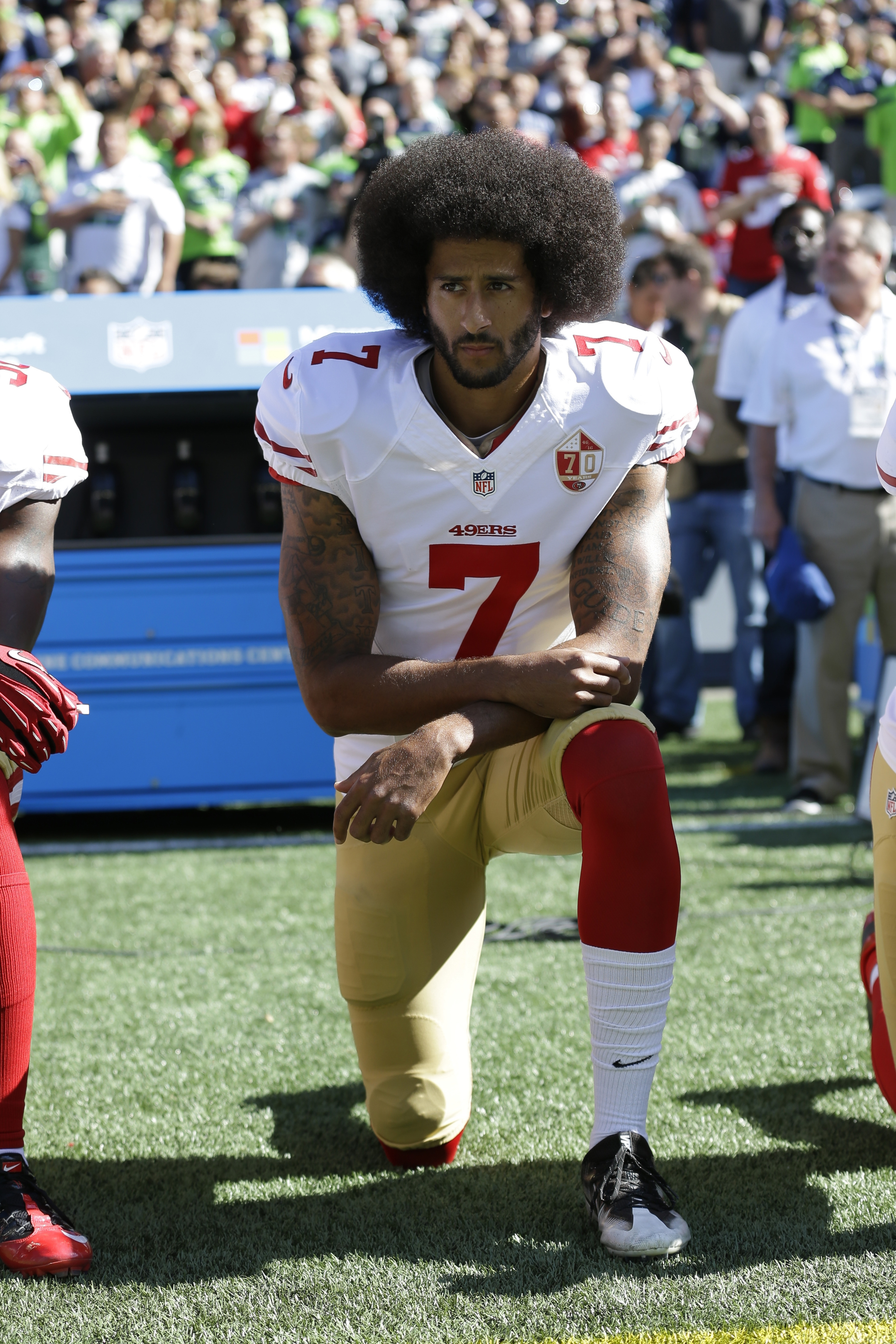 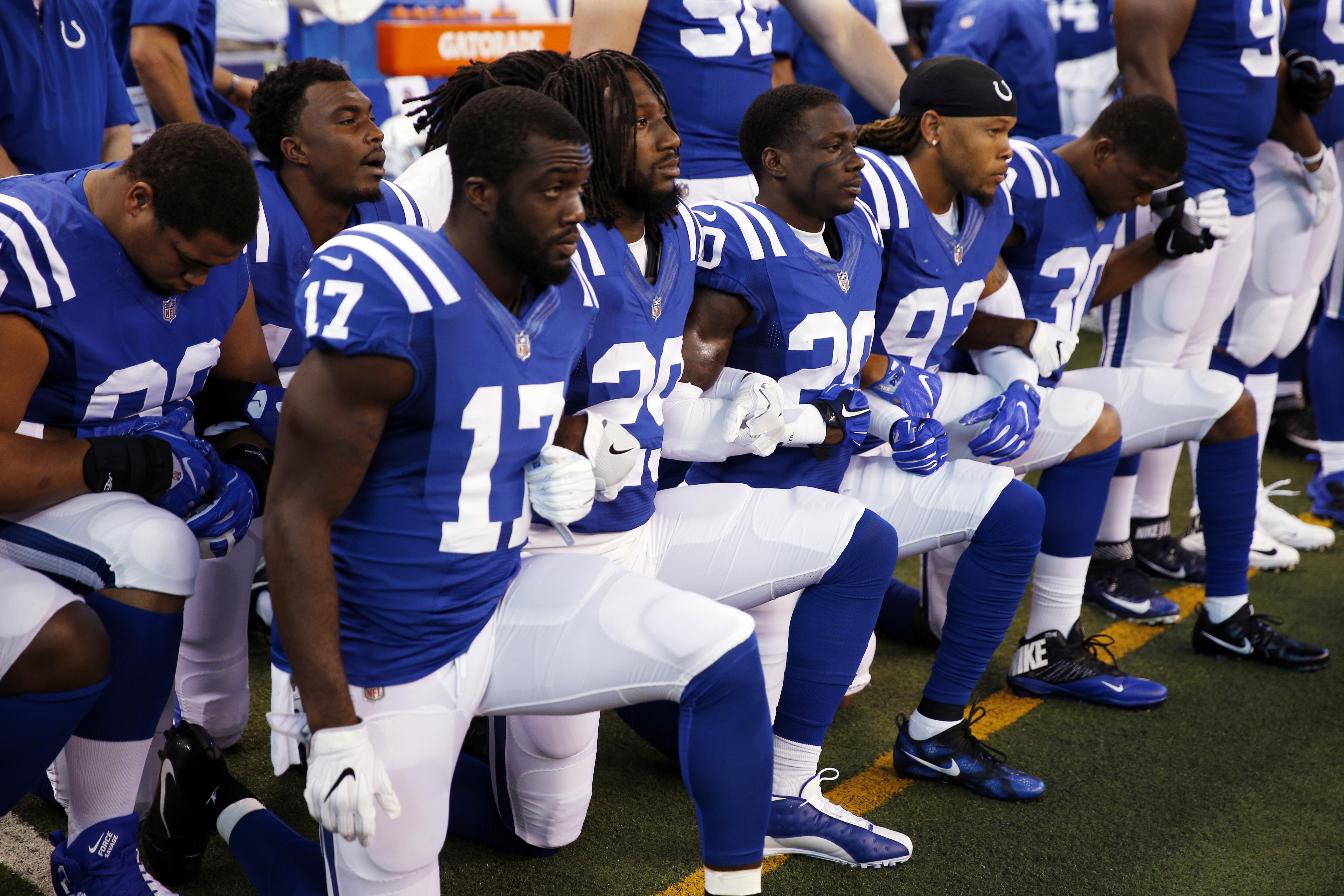 Now, a whopping 52 percent of people now think it's “OK for NFL players to kneel during the national anthem to protest police killings of African Americans" in the wake of Floyd's police custody killing in Minneapolis.

Only 36 percent of participants deemed the action to be inappropriate, while the remaining 12 percent said they were “not sure.”

Support declined amongst the older age groups and was sharply defined by the person's party and income, however.

Around 68 percent of younger people aged 18 to 29 also thought it was an appropriate reaction – but Yahoo noted that this number plummeted to 36 percent in respondents over 65.

In terms of political affiliation, the poll showed 77 percent of Democrats thought it was a good move while only 20 percent of Republican Trump supporters agreed with it.

Meanwhile, 77 percent of black people, 57 percent of Hispanics, and 47 percent whites all thought kneeling was appropriate.