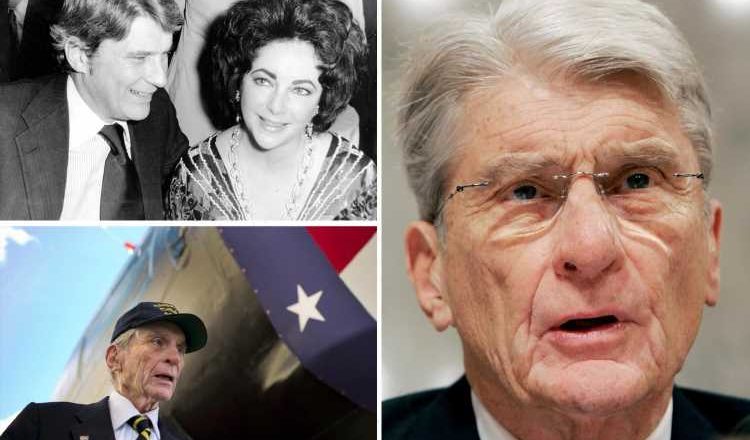 FORMER Senator John Warner of Virginia has died at 94, his longtime chief of staff said Wednesday.

Warner died on Tuesday of heart failure at home in Alexandria, Virginia, with his wife and daughter at his side, Susan A. Magill said. 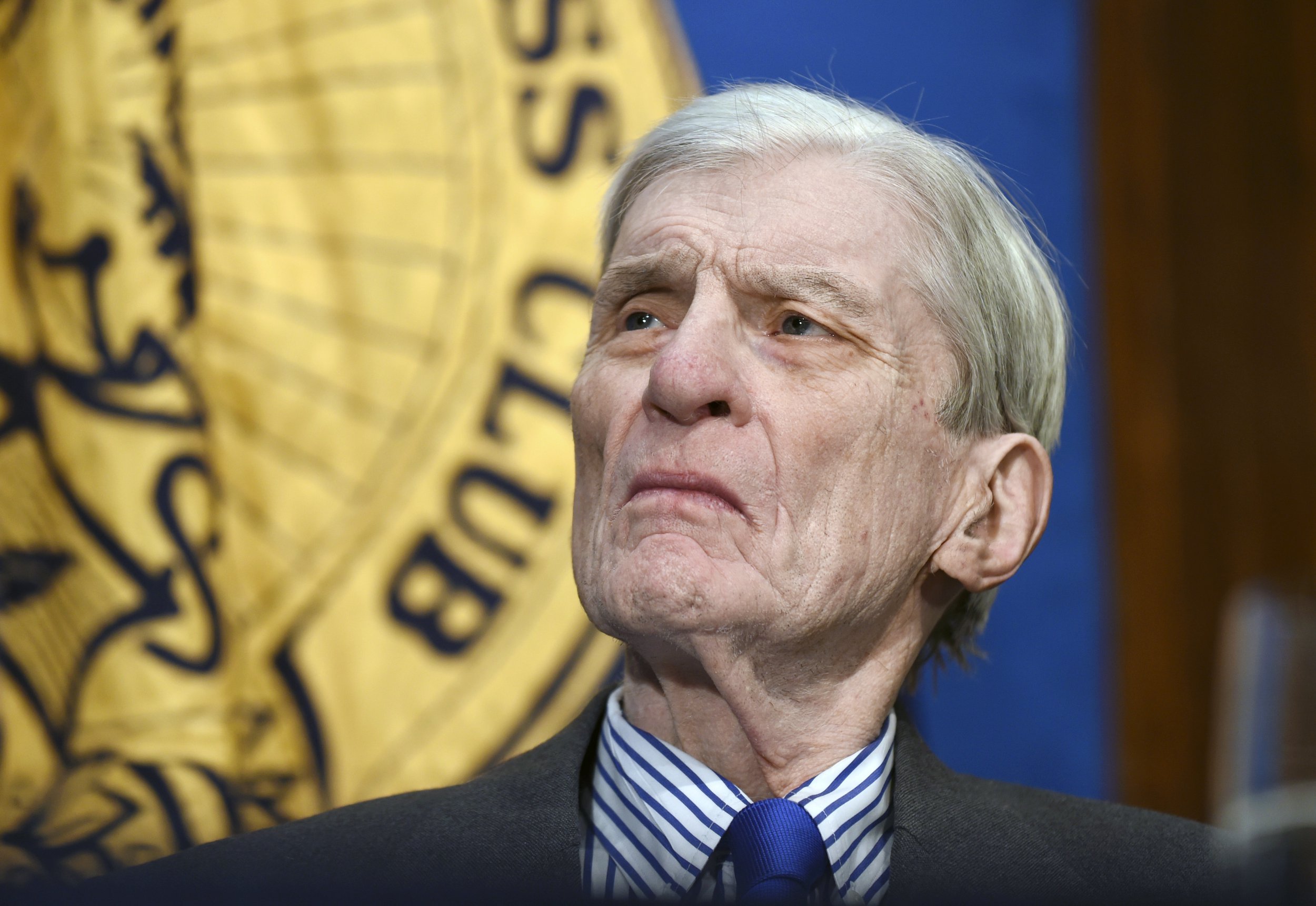 "He was frail but had a lot of spirit and was involved until his last days,' Magill said.

Warner, a courtly figure who squired celebrities and was married to Elizabeth Taylor when he was elected to the Senate in 1978, and went on to serve five terms before retiring from the chamber in 2008.

He drew support from moderates of both major parties, establishing himself in the center of American politics.

He was a key supporter of President George W. Bush's declaration of war in Iraq, and served for a time as chairman of the Senate Armed Services Committee.

He had an independent streak that sometimes angered more conservative GOP leaders. But he was hugely popular with Virginia voters.

Being the sixth of Taylors seven husbands didn't hurt when he ran for the Senate. The two were married in 1976 and divorced in 1982. 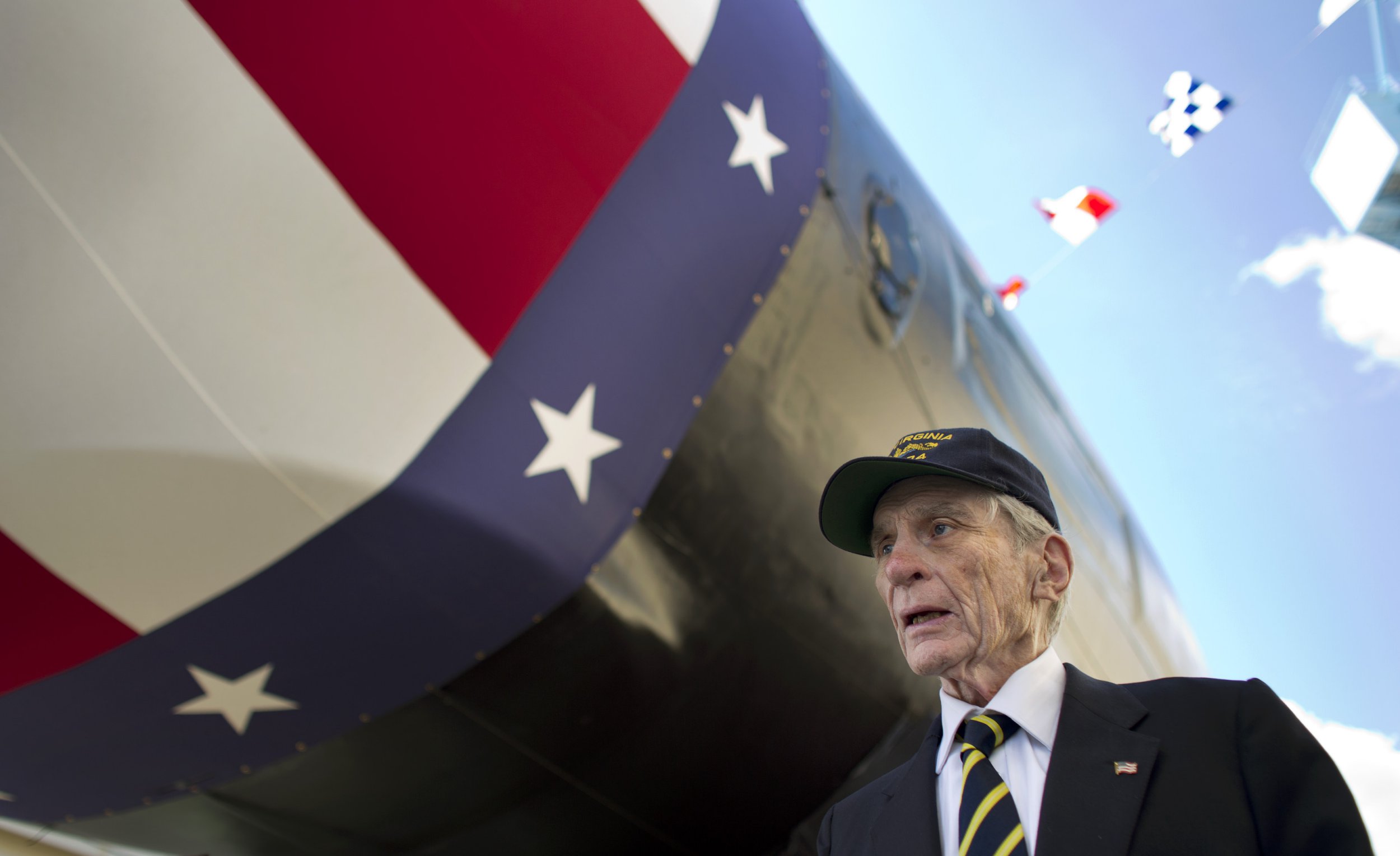 Taylor wrote later that they remained friends, but she just couldn't bear the intense loneliness when he became engrossed in his Senate duties.

He was succeeded in 2008 by Democrat Mark Warner no relation who had challenged him for the Senate in 1996 and went on to serve a term as Virginia's governor.

After years of rivalry, the two became good friends. Mark Warner said his friend epitomizes what it means to be a senator.

Warner won support from moderates in both parties. The courtly senator with chiseled features and a thick shock of gray hair was so popular with Virginia voters that Democrats did not bother to challenge him in 2002 for his re-election to his fifth term.

Virginians know that I stand up for what I think is right, and I accept the consequences, Warner said in 1996.

"Virginia has lost an unmatched leader, and my family has lost a dear friend," said Sen. Tim Kaine. 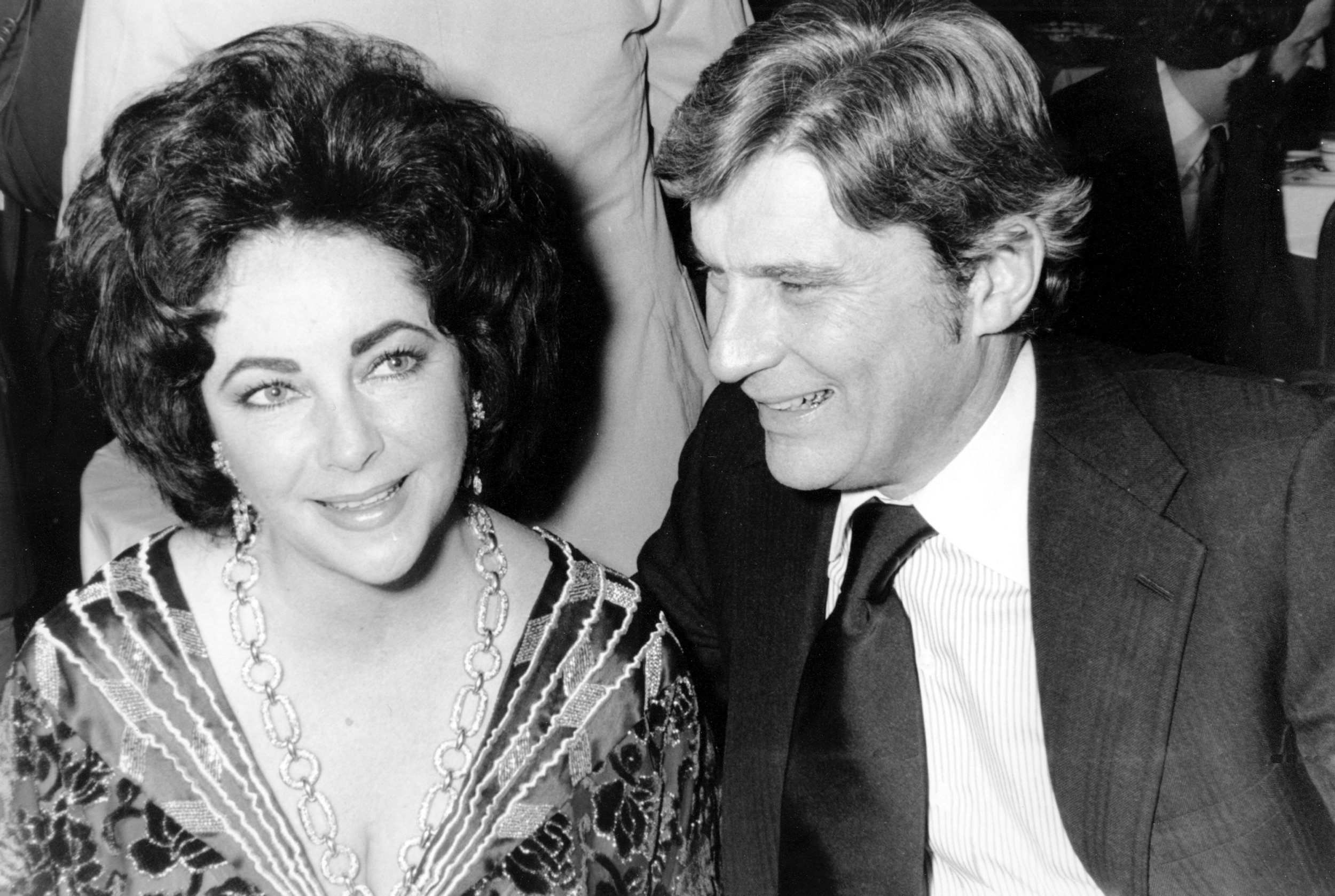 "Once I came to the Senate, I understood even more deeply the influence of John Warner. I came to know John McCain, Carl Levin, and so many others who served with him and attested to his integrity and outsized influence in a body he loved so dearly."

Warner had been an early supporter of McCain's campaign for president, endorsing his fellow senator in February 2007.

The former secretary of the Navy, a veteran of World War II and Korea, Warner devoted most of his career to military matters.

He lost his post as Armed Services Committee chairman in 2001 when Sen. Jim Jeffords's departure from the GOP put Democrats in control of the Senate, but he regained it after the 2002 elections put Republicans back in charge until the 2006 elections.

Warner often defended the Bush administration's handling of the war in Iraq, but he also showed a willingness to buck the White House.

After a 2007 trip to Iraq, Warner called upon Bush to start bringing troops home. 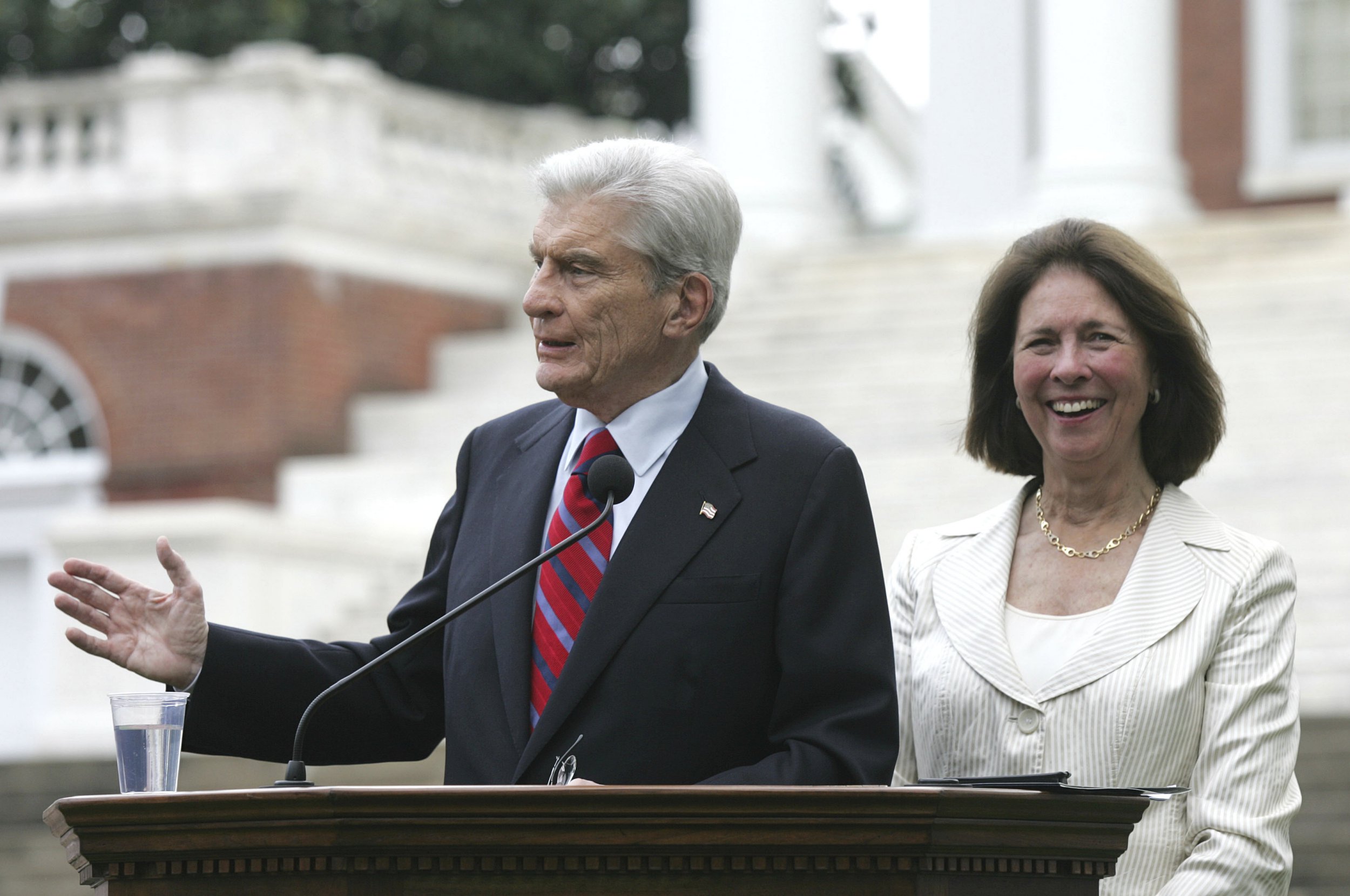 He summoned top Pentagon officials to hearings about the Abu Ghraib prison abuse scandal and the Iraq war.

In 2005, Warner was part of the Gang of 14 a group of centrist senators who defused a showdown over judicial filibusters on Bush's appeals court nominees.

That same year, Warner was the lone senator to formally object to the federal government stepping in on the Terri Schiavo right-to-die case.

Greater wisdom is not always reposed in the branches of federal government, he said at the time.

He had quietly inserted his statement into the Congressional Record hours after the measure passed the Senate on a voice vote. 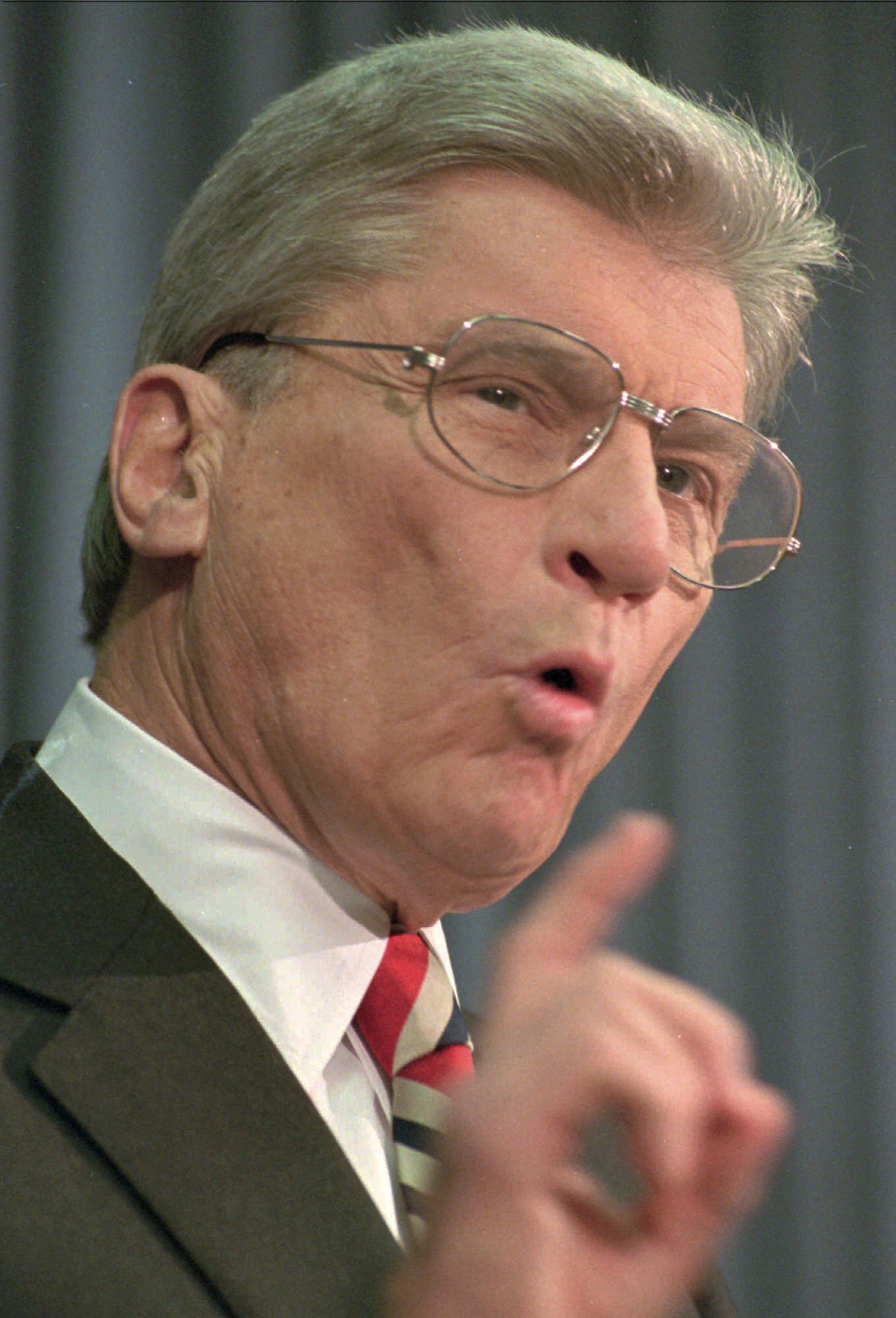 Republicans nominated Warner for the Senate in 1978 after the party's first choice, Richard Obenshain, died in a plane crash.

Warner was ridiculed by some who thought he was riding on the coattails of his then-wife, Taylor, whom he had married in late 1976.

Steamed by what they viewed as disloyalty to the party, GOP conservatives tried to deny him a fourth term in 1996, backing a challenge by former Reagan administration budget director Jim Miller. 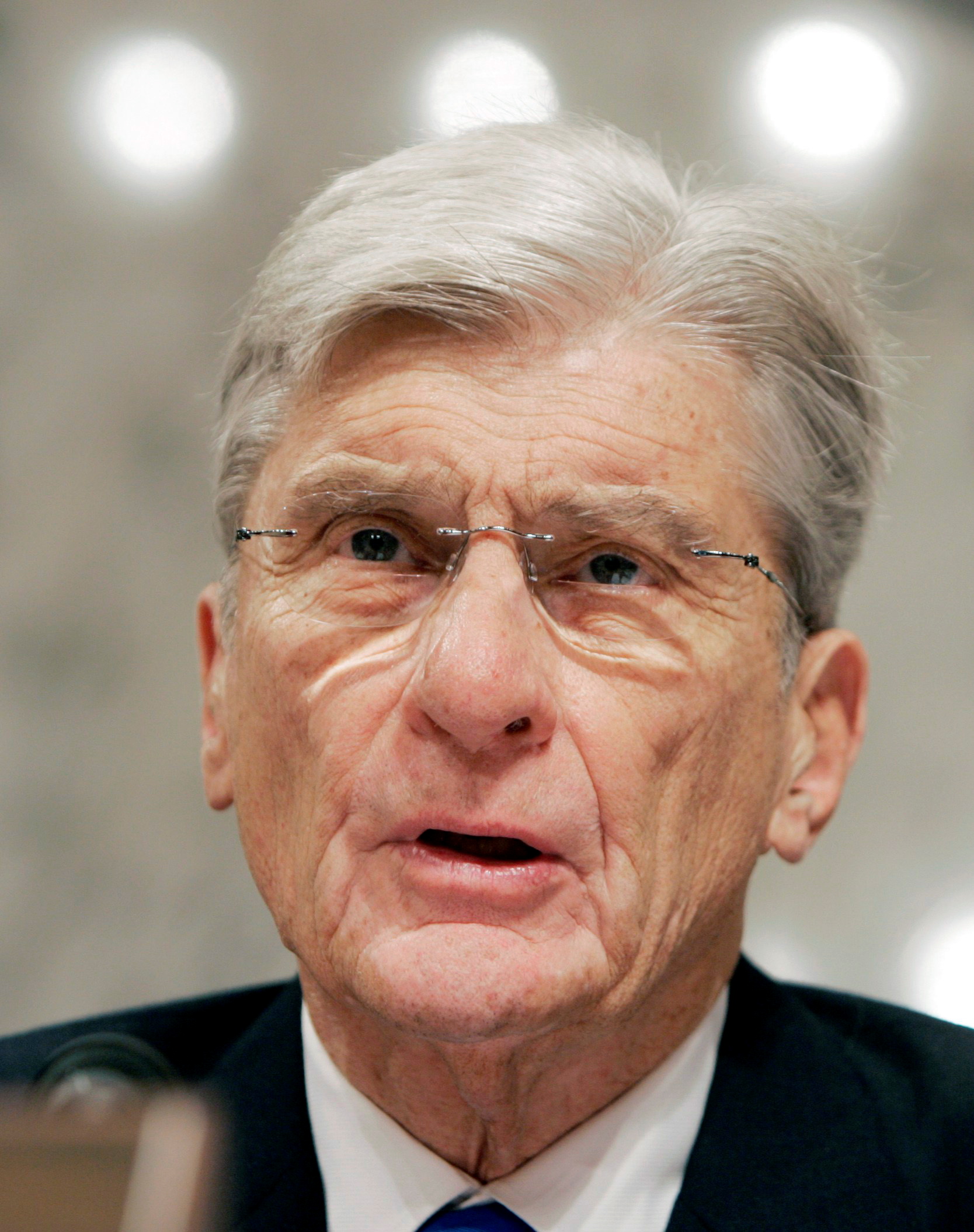 Miller portrayed Warner as an elitist who spent too much time squiring stars, including Barbara Walters.

But Warner easily defeated Miller in the primary, and went on to beat Democrat Mark Warner in the general election.

John Warner mended his strained ties with the GOP by supporting the successful campaigns of Jim Gilmore for governor in 1997 and George Allen for Robbs Senate seat in 2000.

"I sure risked my political future, that's for sure, Warner said in 1994. But Id rather the voters of this state remember that I stood on my principle. … That's the price of leadership."

While the military was Warner's top priority, he also championed legislation to toughen seat belt laws and took up an increasing number of environmental causes.

Born in Washington, D.C., on Feb. 18, 1927, Warner volunteered for the Navy at 17 and served as a 3rd class electronics technician. 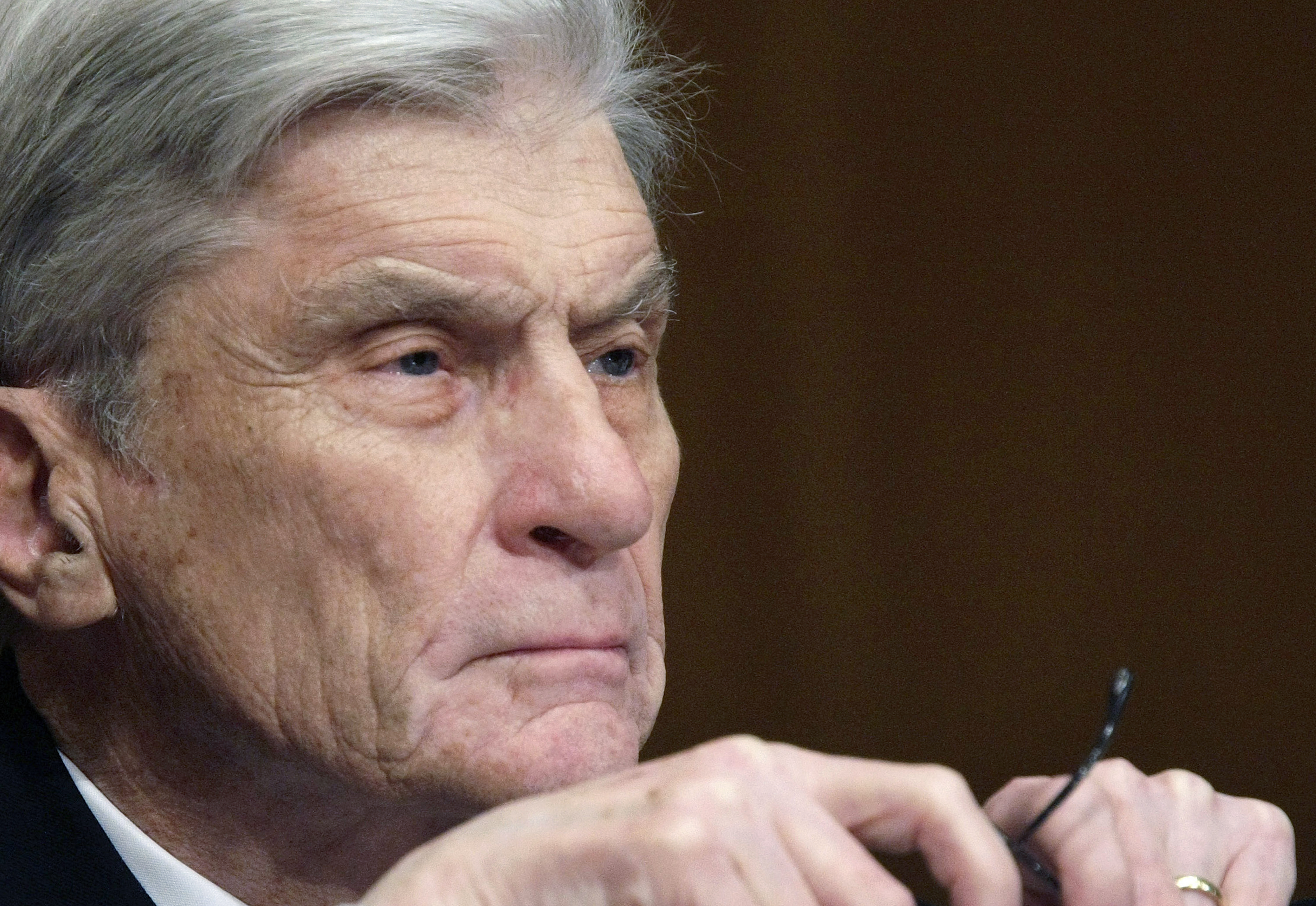 He received an engineering degree from Washington and Lee University in 1949.

He entered law school at the University of Virginia in the fall of 1949 but volunteered the next year for the Marines, serving in Korea as a first lieutenant and communications officer with the First Marine Air Wing.

Following Korea, he returned to law school and received a degree from U.Va. in 1953.

He was a law clerk at the United States Circuit Court of Appeals for the District of Columbia, went into private practice, and then served four years as a federal prosecutor.

In 1960, he resumed private practice and specialized in banking, securities and corporate practice.

He was administrator of the American Revolution Bicentennial Administration from 1974 to 1976.

Warner got an estimated $7million fortune in the breakup of his first marriage, to Catherine Mellon, daughter of multimillionaire Paul Mellon.

He and Taylor divorced in 1982 and he married real estate agent Jeanne Vander Myde in 2003.

Warner had three children, Mary, Virginia and John, and was a member of the Episcopal Church.