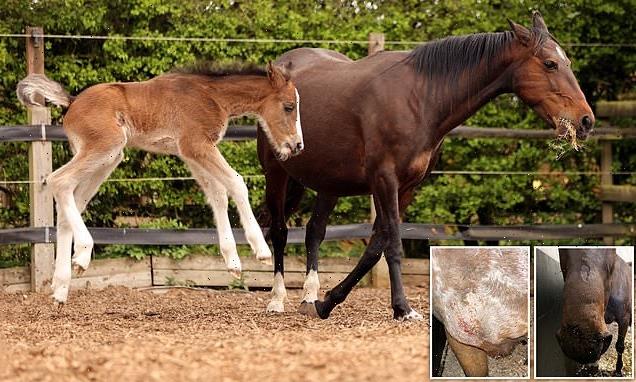 It’s just horseplay! Meet Monarch, the miracle foal who is a picture of health after her mother was hit by a CAR while pregnant

Frolicking around with his mother, this foal looks the picture of health.

But both are lucky to be alive after the mother was hit by a car while pregnant with him.

Majesty suffered a broken nose and a deep laceration to the chest, while the fate of her unborn foal remained unclear. 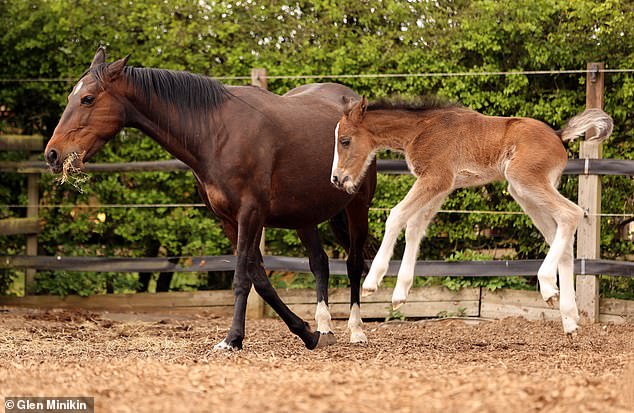 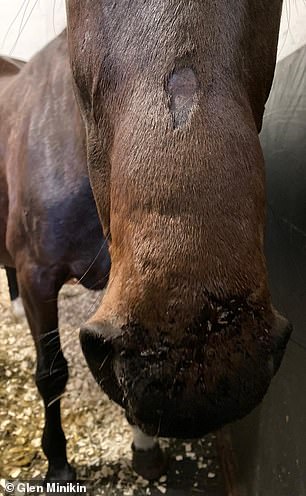 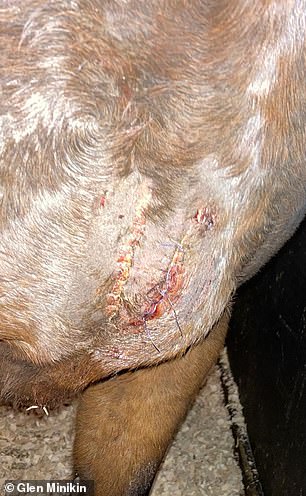 Monarch’s broken nose and chest lacerations seen after the crash

Fortunately the bay mare was treated by a vet and taken in by the Redwings horse sanctuary before giving birth to Monarch three weeks ago.

Nicola Berryman, welfare veterinary surgeon at Redwings, said she was ‘absolutely thrilled’ at the birth. ‘It’s been a tricky couple of days since he came into the world,’ she said. ‘They had some initial problems with him feeding but foal and mum are in good health and are now doing well.’

The hackney horse, who was named by the charity, was hit by a car while running loose at Tilbury Docks, Essex, in November. Emergency services found her stuck in railings.

Her microchip shows she is aged 11 but her owner’s details were not registered. Majesty’s recuperation began at a boarding establishment before she was taken to Redwings in February and went to one of its Norfolk sites.

But the anxious wait for her foal went on, until he arrived safely on April 7.

‘We’ve been talking about it being a miracle,’ said Redwings spokesman Leanne Plumtree. ‘We all had our fingers crossed that the foal would be born safely but everyone was worried that might not be the case. So it was a cause for celebration to find everything was okay.’