The blaze, which is sending plumes of thick black smoke into the sky, began when roofing material ignited during demolition work, city officials said.

One official told NOLA.com that workers had been using torches to cut beams at the troubled site. 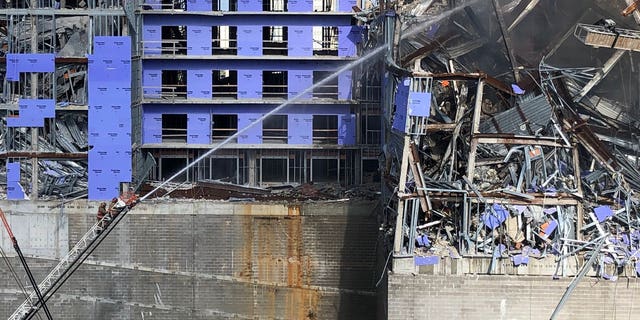 But the city said in a statement that “there is minimal concern that the fire can spread beyond the Hard Rock site.”

The hotel was under construction last October when it collapsed, killing three workers. Demolition work began in May after months of disagreements between the city and developers over how best to bring down the remains of the unstable 18-story structure.

Two bodies remained in the wreckage until they were safely removed in August.

City officials are now asking residents to avoid the area and to shut off their air conditioning “to limit smoke intake,” according to NOLA.com.

Officials also have said they hope to have the structure down by October, a year after the initial collapse. The cause of the collapse remains under investigation.