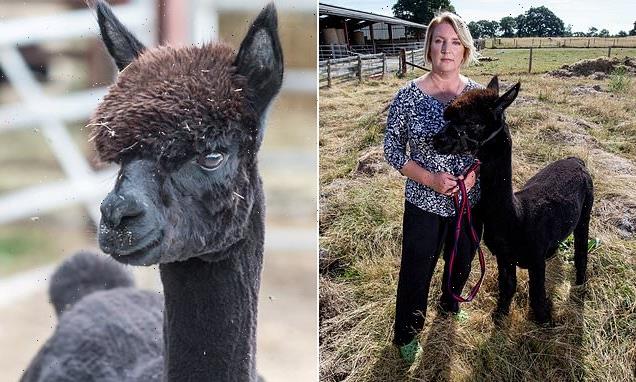 Final bid to save Geronimo the alpaca after FOUR YEAR legal row: Owner goes to High Court in last attempt to stop animal being slaughtered after it twice tested positive for TB in 2017

A farmer will make a last-ditch attempt to save her beloved £15,000 alpaca who was sentenced to die for contracting bovine TB four years ago.

Helen Macdonald’s alpaca Geronimo was ordered to be slaughtered after twice testing positive for bovine tuberculosis (bTb) at her Wickwar, Gloucestershire, farm in 2017.

She has always disputed the test result – claiming The Department for the Environment, Food and Rural Affairs (Defra) is ‘relying doggedly on flawed science’. 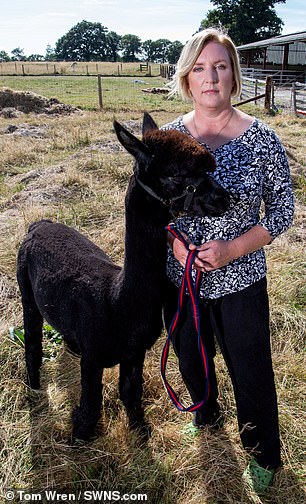 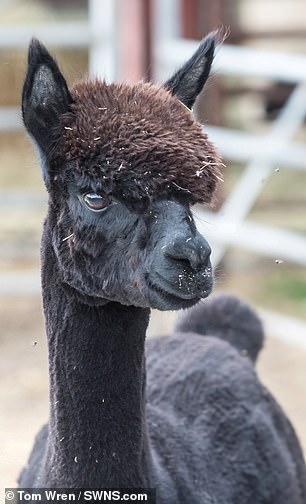 Helen Macdonald’s alpaca Geronimo (pictured with the animal) was ordered to be slaughtered after twice testing positive for bovine tuberculosis (bTb) at her Wickwar, Gloucestershire, farm in 2017 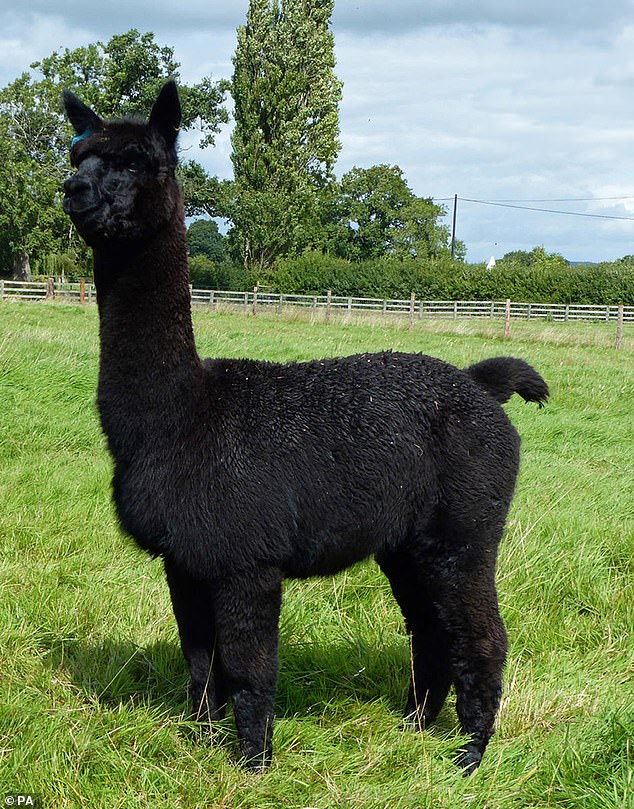 The four-year legal battle to save death-row alpaca Geronimo

He added: ‘It is the right decision in terms of the Government’s responsibility for controlling this terrible disease’

August 2018 – That same month, Mr Eustice refuses another test, saying to Ms Macdonald: ‘The evidence that he is infected is substantial’

July 2019 – Ms Macdonald loses her bid for further testing. Mr Justice Murray ruled there was no ‘compelling evidence’ that the decision not to re-test Geronimo was unlawful

July 2019 – That same month, Ms Macdonald announces she will go to the Court of Appeal in a bid to overturn the death sentence – but she does not yet have confirmation that Geronimo won’t be killed before a hearing date is set

She states: ‘I have written to Theresa Villiers asking her to review Geronimo’s case and to consent to a meeting with me as a matter of urgency.

‘We hope that, unlike her predecessor, Ms Villiers will accept that there is no scientific foundation for suspecting bTB in our perfectly healthy boy, whose excellent health an expert camelid vet confirmed following a full non-invasive clinical examination of Geronimo just last month.’

She was able to crowdfund £10,000 in legal fees to fund her High Court bid.

The department fears the disease could be passed to animals or humans and has ordered the farmer to isolate Geronimo in a specially constructed solo pen.

Now, Ms Macdonald, 48, has taken out an emergency injunction to delay a warrant to cull the animal before an appeal hearing on July 29.

She was able to crowdfund £10,000 in legal fees to fund her latest High Court bid.

Defra is on track to slaughter Geronimo – but said it was ‘inappropriate to comment’ given legal proceedings.

Registered veterinary nurse Ms Macdonald told the BBC: ‘If I lose the appeal then Geronimo will be shot. It’s certainly looking that way at the moment.

‘I know we have to eradicate TB but we don’t have to kill a healthy animal.’

The High Court ruled in June 2019 that the then-six-year-old animal should be put down.

But Ms Macdonald disputed their ruling, claiming Geronimo had not displayed any ‘clinical signs’ of bTB in two years.

One month later, she announced she was set to appeal – giving her much loved pet a stay of execution.

But, in December 2020,  the Animal and Plant Health Agency (APHA) applied to Bristol Magistrates Court for a warrant to gain entry to slaughter Geronimo before the appeal date was set.

Ms Macdonald was forced to take out an emergency injunction to prevent Geronimo from being killed before the appeal could be concluded.

A date for the appeal hearing was subsequently set for July 29.

Another test in November confirmed that Geronimo contracted the disease.

Since the first test, Ms Macdonald has not been able to trade livestock or receive income from it due to Government restrictions.

She uses her herd to make luxury products including scarves and pashminas at her farm.

The Environment Secretary can order the slaughter of a herd of alpacas if there is a suspected outbreak of the disease.

Regular testing of the animals is not mandatory. Tests cannot be carried out without permission from the Defra’s secretary.

After announcing her appeal in 2019, Ms Macdonald said in a statement: ‘Unless the Court’s decision is successfully appealed, Geronimo will soon be slaughtered.

‘We believe that, apart from the two highly questionable test results (based on tests prior to which Geronimo was primed multiple times with tuberculin), all of the evidence indicates that Geronimo is not infected with bTB.’

Ms Macdonald believes the first test came back with a false positive because he had been injected with tuberculin as part of skin tests conducted just before he left New Zealand.

The second test came weeks after he was given another dose of the drug.

‘Geronimo still displays no clinical signs of bTB, nor do the other alpacas that have been held in isolation with Geronimo for the last two years.

‘It is part of my duty of care as an owner and my right to expect fair treatment from my government that Geronimo is tested correctly.

‘I am also deeply concerned that the High Court’s decision may have very negative implications for the voluntary surveillance testing of camelids for bTB in this country.

‘This is why we continue the fight by making our application to the Court of Appeal.’ 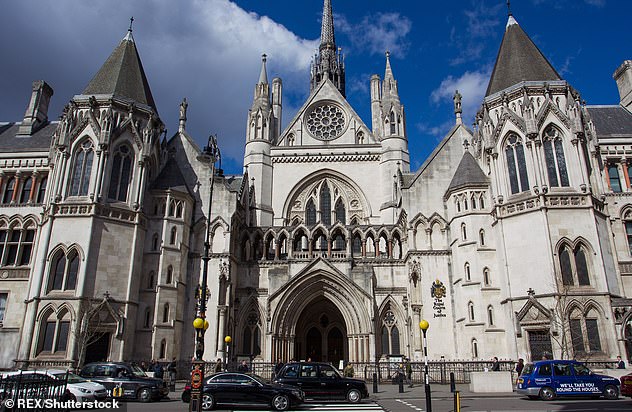 Now, Ms Macdonald, 48, has taken out an emergency injunction to delay a warrant to cull the animal before a High Court (pictured) appeal hearing on July 29