THE MOTHER of Evelyn Mae Boswell posted that child killers deserve the death penalty just months before she was accused of killing the toddler.

Megan Boswell, 19, of Tennessee, also wrote messages online about how much she loved her daughter weeks before allegedly murdering the child. 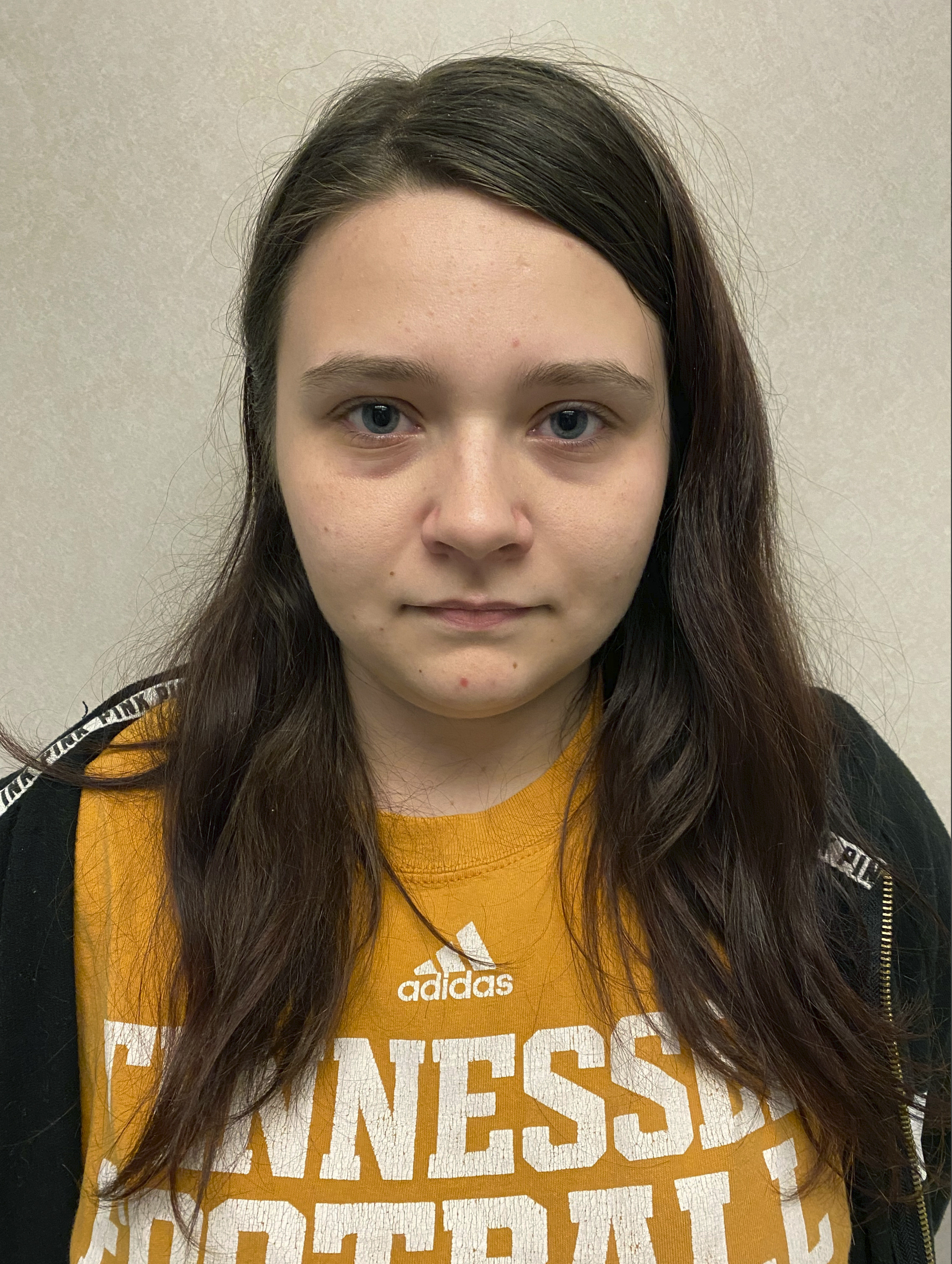 "During the course of the investigation, it was determined that Megan Boswell killed Evelyn and disposed of her body,” a TBI spokesperson said in a statement released Thursday.

Just a few months before the 15-month-old child was last seen alive, Boswell repeatedly professed her love for Evelyn on her social media accounts. 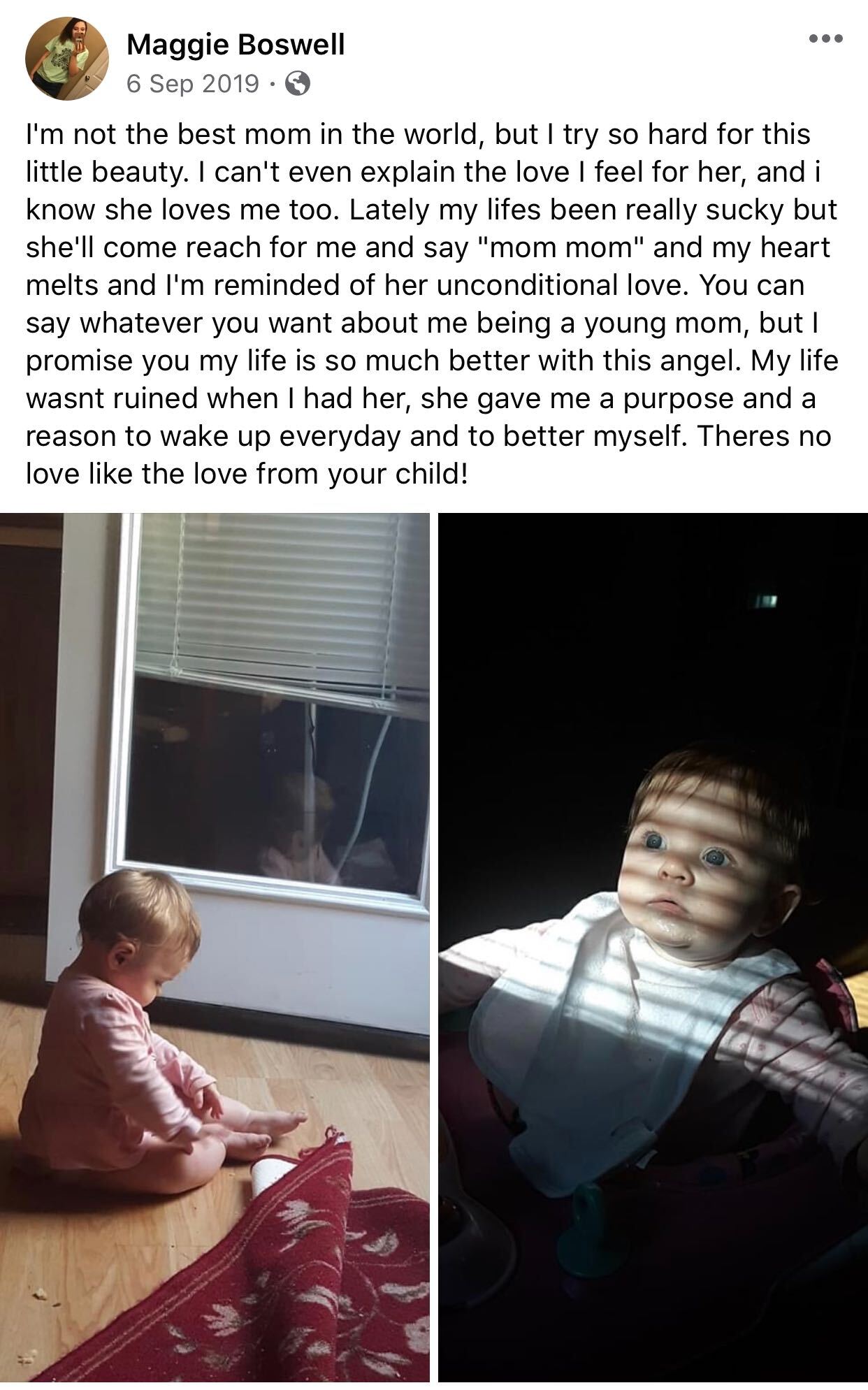 “I'm not the best mom in the world, but I try so hard for this little beauty,” she wrote alongside photos of Evelyn on September 6 last year.“I can't even explain the love I feel for her, and I know she loves me too.

“Lately my life’s been really sucky but she'll come reach for me and say ‘mom mom’ and my heart melts and I'm reminded of her unconditional love.”

Boswell went on to declare that she was a “young mom” but that her life was “so much better with this angel”. 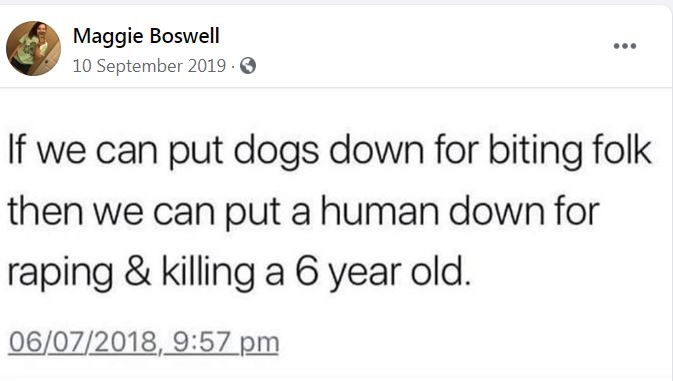 “My life wasn't ruined when I had her, she gave me a purpose and a reason to wake up everyday and to better myself,” Boswell continued.

“There’s no love like the love from your child!”

Boswell also told her followers that she would “teach Evelyn not to be a bully, but I'm also gonna teach her to not take s**t from anyone either”.

In another post that same month, Boswell shared a meme which stated that anyone who wanted to “know what true love is” should “have some kids”. 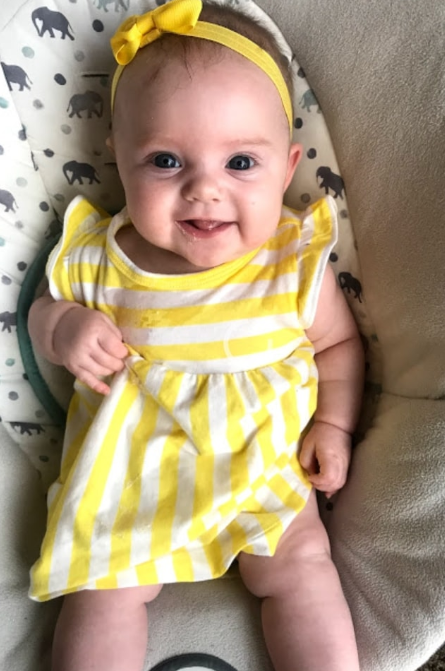 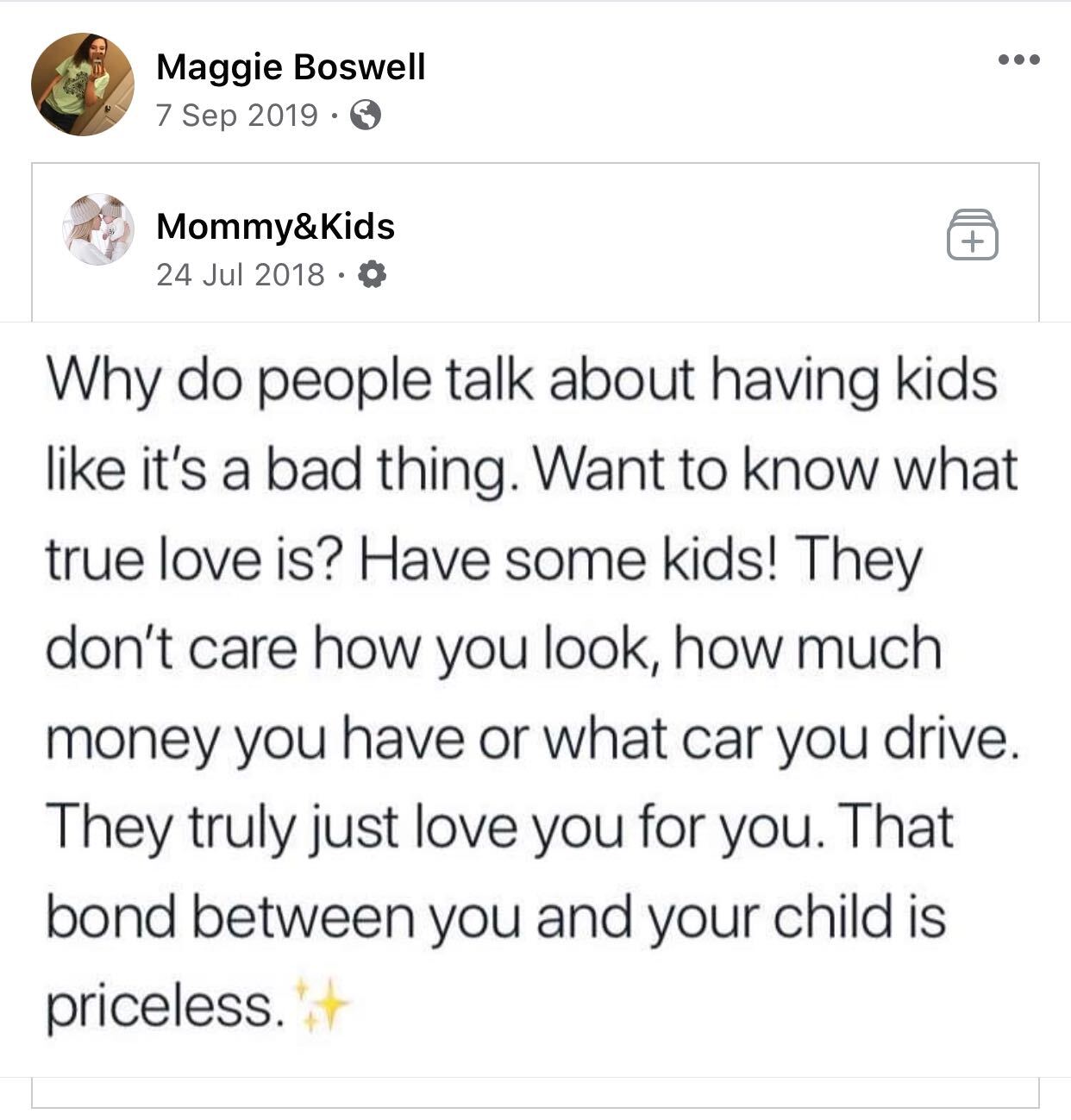 The following day she reposted a quote which stated: “the person I needed the most taught me I don’t need anybody.”

On September 10, she shared another message, in which she expressed support of the death penalty for child killers.

“If we can put dogs down for biting folk then we can put a human down for raping & killing a 6 year old.”

But it wasn’t until February of this year that Evelyn’s grandfather, Tommy Sr Boswell, reportedly realized the child was missing and reported the matter to authorities. 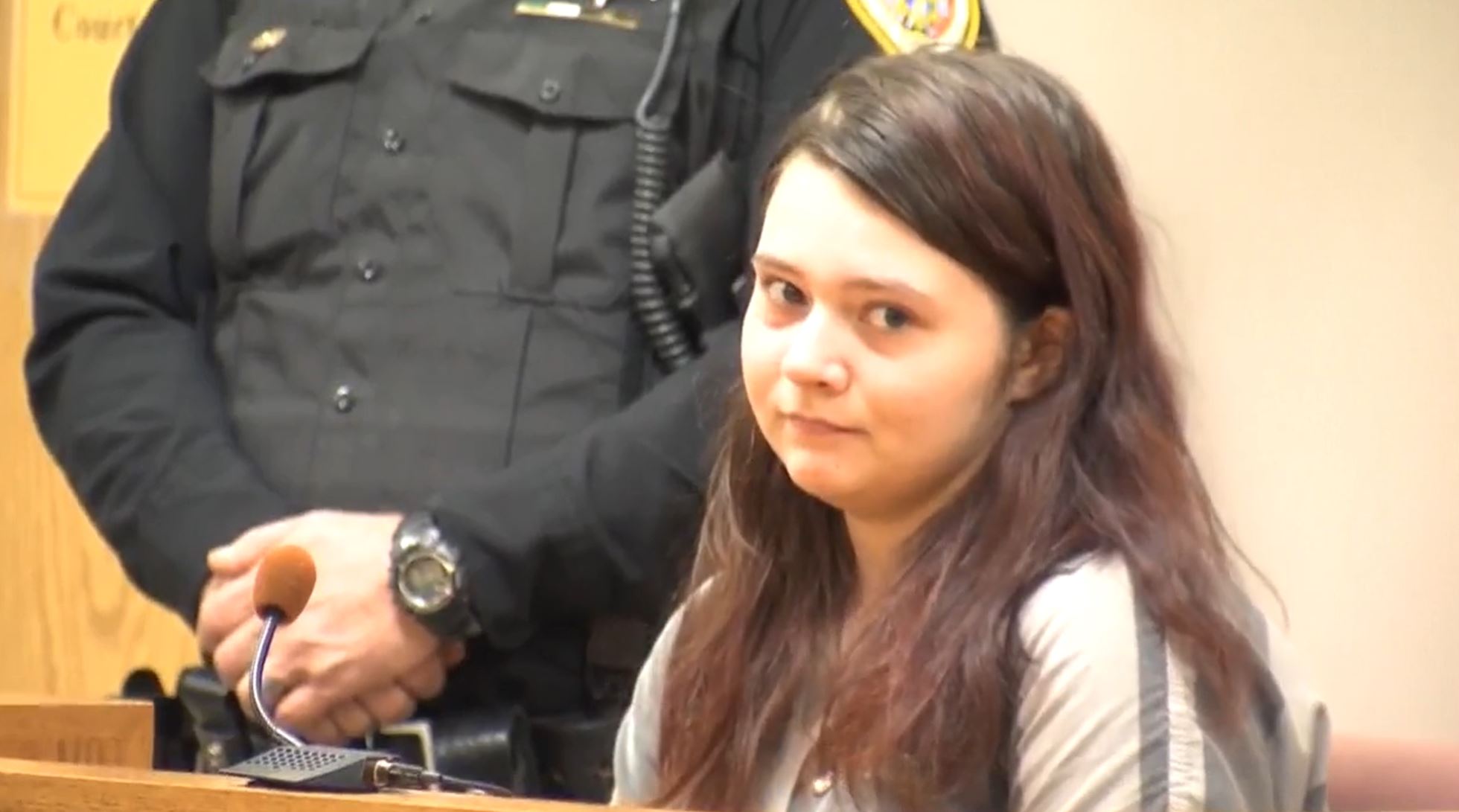 Authorities issued an Amber Alert and worked desperately to search for the missing toddler in Tennessee and other states. Investigators received more than 1,000 tips in relation to the toddler's disappearance, according to the TBI.

After a 16-day search, Evelyn's remains were found in a pile of diapers, clothing and toys in an “outbuilding” on property belonging to one of Boswell's relatives in Blountville, Tennessee.

She was wearing the same clothes she had last been seen in on December 26, police said.

The mother was already being held in Sullivan County jail with making false reports in connection to her daughter's disappearance.

She was indicted on 11 counts of making false statements in May. 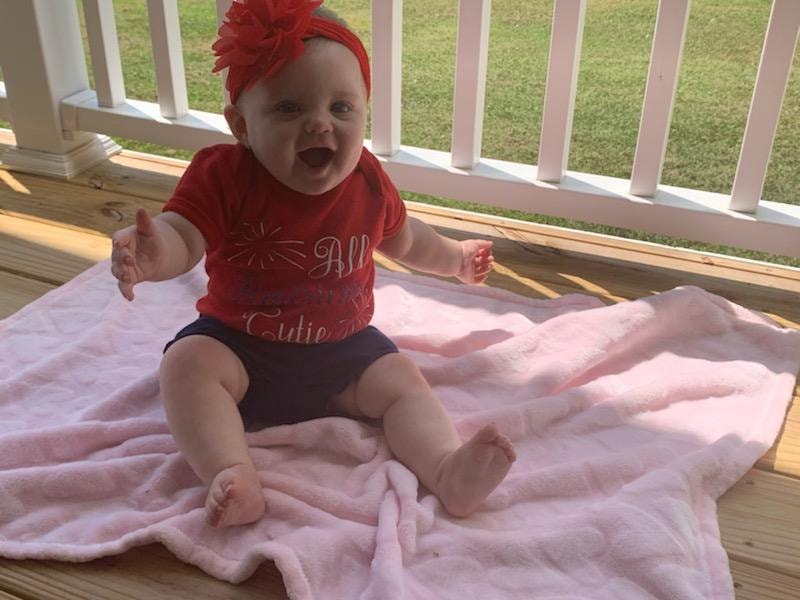 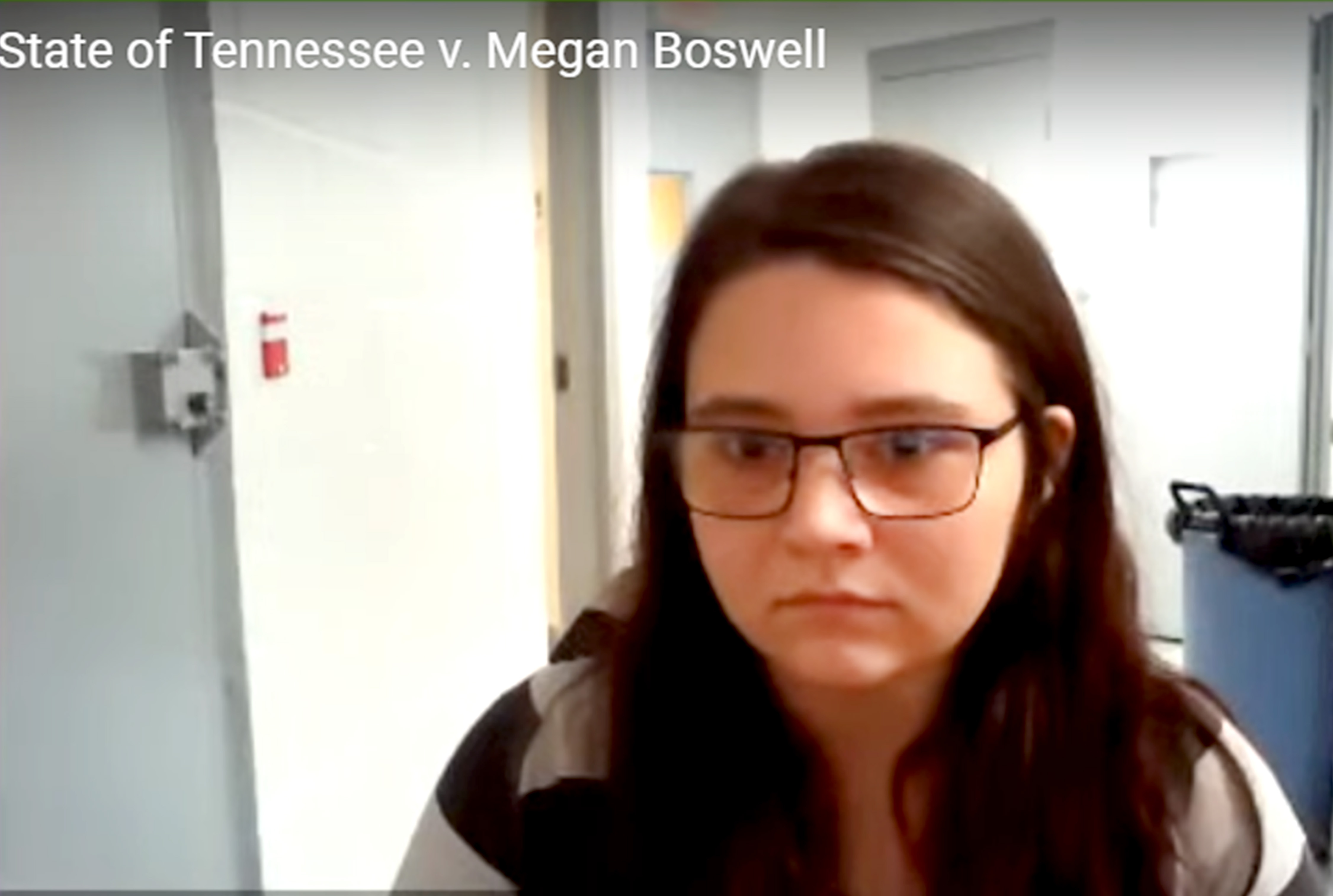 Boswell has also been charged with one count of failure to report a death under suspicious, unusual or unnatural circumstances, and twelve counts of false reports.

"If found guilty of felony murder, she could spend the rest of her life in prison," lawyer Don Bosch said.

Boswell initially told investigators Evelyn was with her dad – but it was discovered he was actually on duty in the military and stationed in Louisiana.

She allegedly then changed her story and told authorities that her mother, Angela Boswell, took the toddler to a campground in Mendota, Virginia. 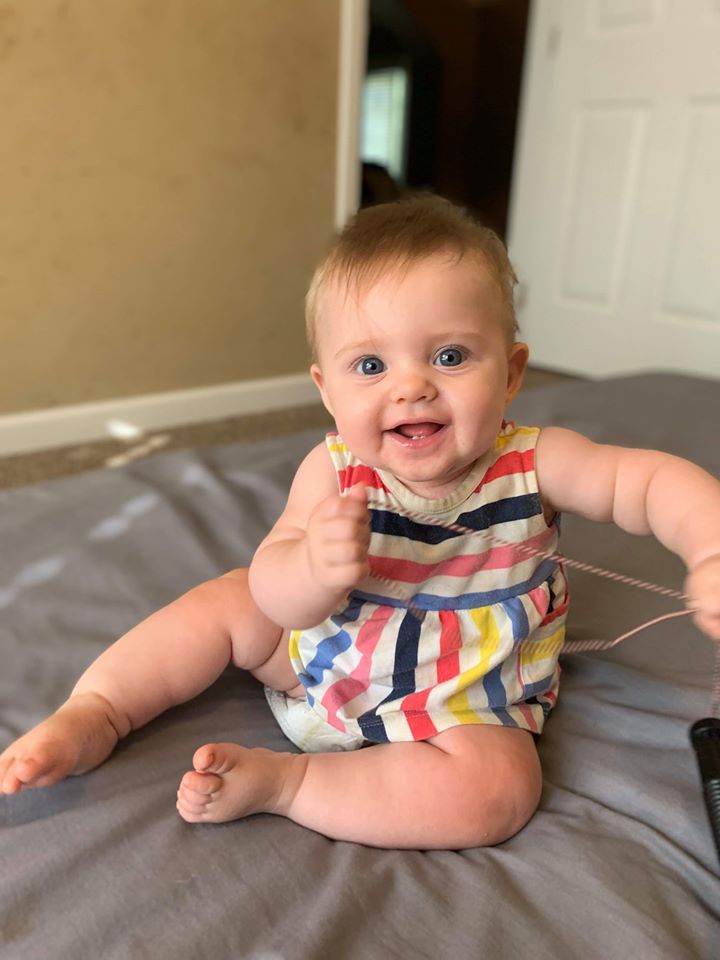 Police did not find the child there, either.

Angela and her boyfriend William McCloud were arrested in North Carolina amid the investigations.

The Grandmother was charged with theft and violating probation.

Evelyn’s father, Ethan Perry, and his family released a statement yesterday regarding the tragic death of his daughter.

“Our focus has always been Evelyn and now on the investigation and bringing all of those responsible to justice,” it read.

“We have complete faith and confidence in law enforcement to do just that.

“We ask you all again to please respect our privacy.

“At the same time, we would also like to thank the public for their outpouring of love for Evelyn and law enforcement for their incredible dedication to this case.”