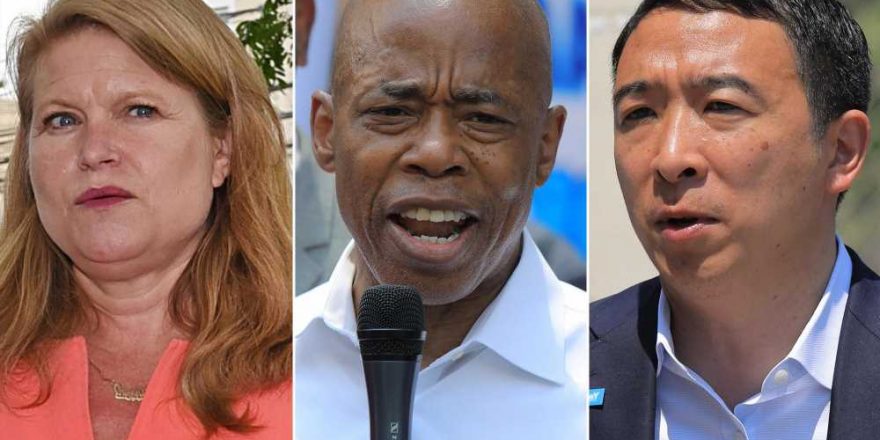 The Democratic primary for mayor will be the first citywide election to use a ranked-choice voting system — but the new system may ultimately not matter, a new poll shows.

Brooklyn Borough President Eric Adams, who has a six-point lead in the latest NY1/Ipsos poll over a sliding Andrew Yang and surging Kathryn Garcia earns the most first-choice votes and would also win over both of them under the new tabulation system where voters can rank up to five candidates.

It takes the former NYPD captain Adams seven rounds in the winnowing process to get to those victories.

The poll, taken from May 17 to May 31, surveyed 906 likely Democratic voters and has a margin of error of plus or minus 2.4 percentage points.

The former cop’s leapfrogging in the polls comes as public safety is on the minds of New Yorkers ahead of what will likely be a bloody summer.

Almost half, 46 percent, of voters say public safety should be the top priority for Mayor Bill de Blasio’s successor. Adams, a retired NYPD captain, leads other candidates by 22 percentage points when pollsters asked voters who they trust most to address crime.

In addition, 72 percent of Democrats say the city should add more NYPD officers, according to the poll.