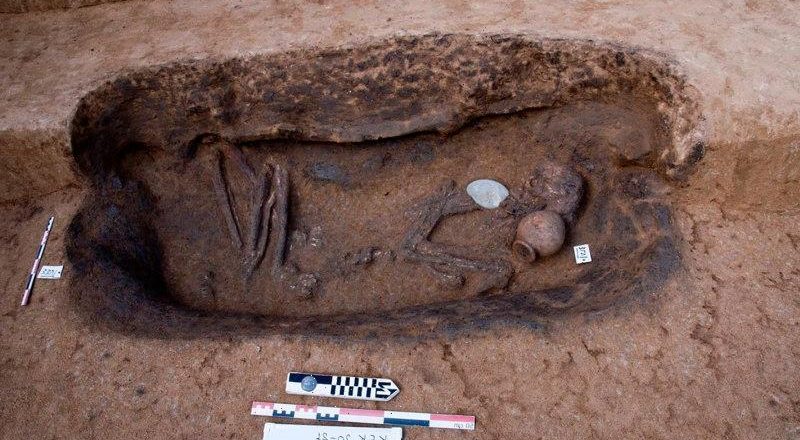 Cairo: Egyptian archaeologists have unearthed 110 burial tombs at an ancient site in a Nile Delta province, the Tourism and Antiquities Ministry said.

The graves, some of which have human remains inside, were found at the Koum el-Khulgan archaeological site in Dakahlia province, around 150 kilometres north-east of Cairo, the ministry said on Tuesday, local time. 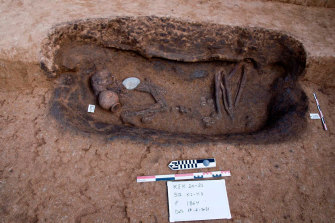 One of the ancient burial tombs recently unearthed that contained human remains and pottery.Credit:Egyptian Tourism and Antiquities Ministry via AP

They include 68 oval-shaped tombs dating back to the Predynastic Period that spanned from 6000-3150BC, the ministry said.

There are also 37 rectangular-shaped tombs from an ancient era known as the Second Intermediate Period (1782-1570BC), when the Semitic people of Hyksos ruled ancient Egypt, the ministry added.

The remaining five oval-shaped tombs date back to the Naqada III period that spanned from around 3200BC to 3000BC.

Archaeologists also found human remains of adults and children and funerary equipment and pottery objects in these tombs, the ministry said. 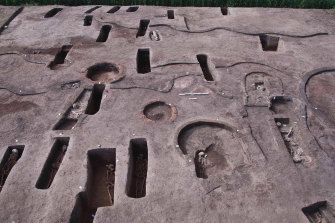 The graves were found at the Koum el-Khulgan archaeological site in Dakahlia province.Credit:Egyptian Tourism and Antiquities Ministry via AP

The discovery is the latest in a series of archaeological discoveries in recent years for which Egypt has sought publicity in the hopes of reviving its tourism sector.

Tourism has been badly hurt by the turmoil following a 2011 uprising and now the coronavirus pandemic.

What in the World

A note direct from our foreign correspondents about what’s making headlines around the world. Sign up for our weekly newsletter here.