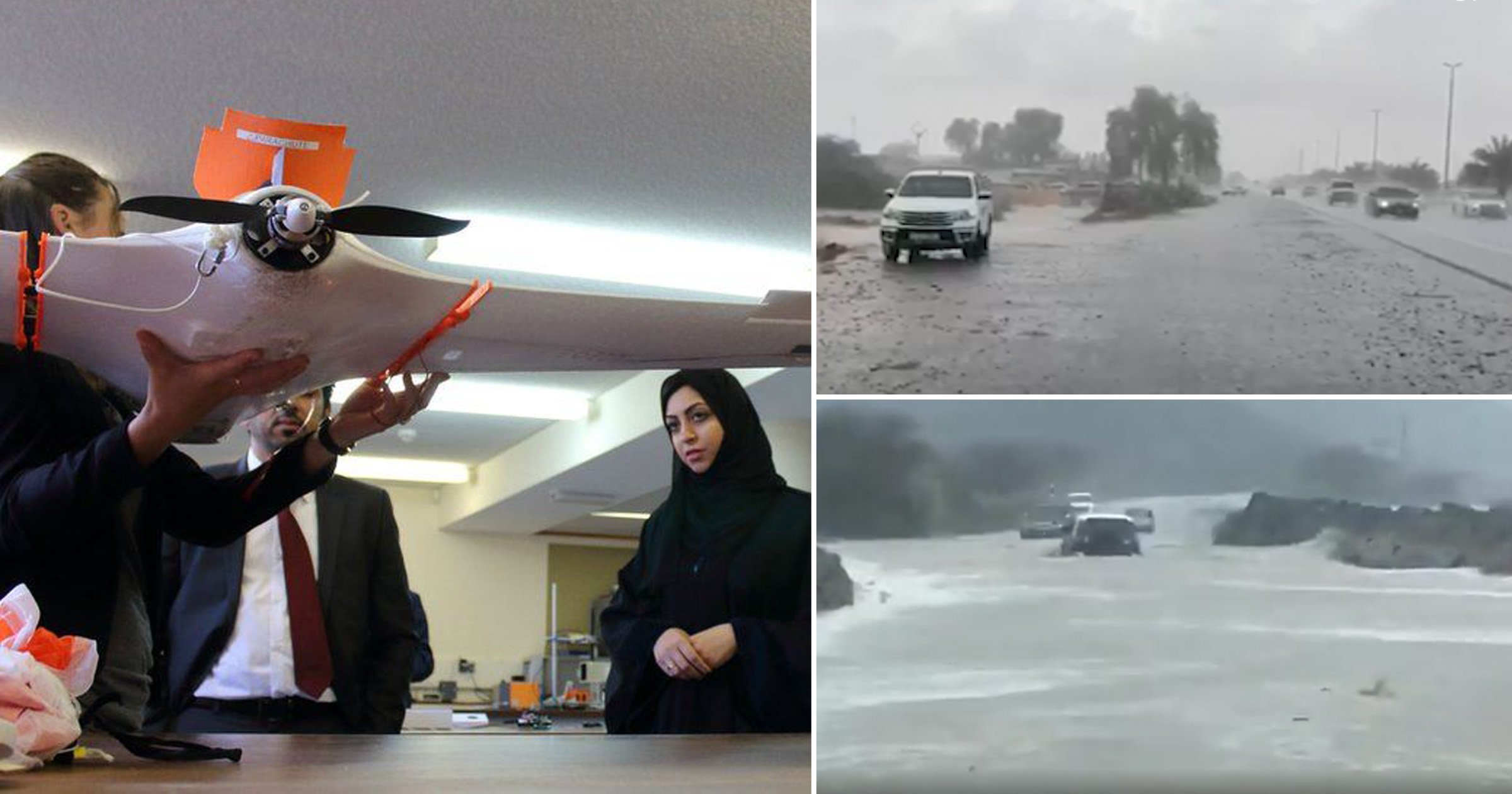 Dubai has been drenched by heavy downpours, caused in part by cloud-seeding projects which are creating ‘enhanced rain.’

The United Arab Emirates city has been undergoing a sweltering summer with temperatures regularly surpassing 50C.

In response the UAE’s National Center of Meteorology is trialing using drone technology which unleashes electrical charges into clouds, prompting them to clump together and form precipitation.

The NCM has shared footage of monsoon-like showers drenching roads and sparking flashes of lightning.

They say cloud-seeding has played a part in creating more rainfall in a country that typically only sees four inches a year, far less than the 33 inches usually seen in the UK.

The National reported that the rain and strong winds cut visibility on roads and created difficult driving conditions.

Residents have been warned that more unsettled weather is likely as they celebrate Eid Al Adha this week.

Cloud seeding is one of nine different rain-making projects being used in the UAE since 2017. 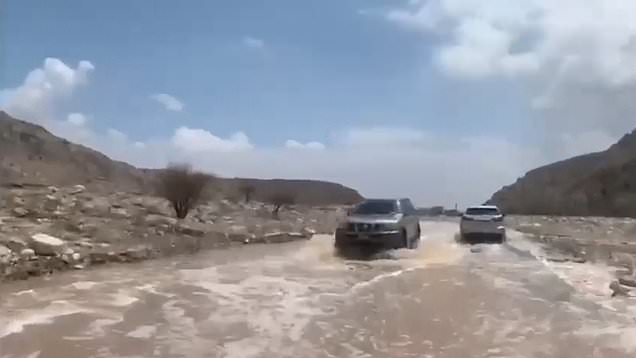 Other techniques involve dropping salt or other chemicals into clouds to encourage precipitation.

Some studies have shown that it may be able to increase rainfall by up to 35% although other academics question its effectiveness.

Cloud seeding has also been in used in other drought-prone countries including China and India.

It can also be used to prevent rainfall, and stop potential flooding, as seen in Jakarta, Indonesia, last year.

Prof Maarten Ambaum, from the University of Reading, has been working on one of the projects in the UAE.

He told the BBC earlier this year that the UAE has enough clouds to create conditions which allow for rainfall.

The technology works ‘like dry hair to a comb’ as it uses a drone to release electrical charges into the clouds, which helps the water droplets to merge and stick together to form precipitation, he said.

‘When the drops merge and are big enough, they will fall as rain,’ Professor Ambaum added.