THIS is the dramatic moment a man wearing only his pants brandishes a sword on a London street as police and a worker tackle him to the floor.

The shocking scenes were filmed in Palmers Green, North London this morning. 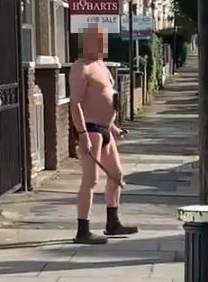 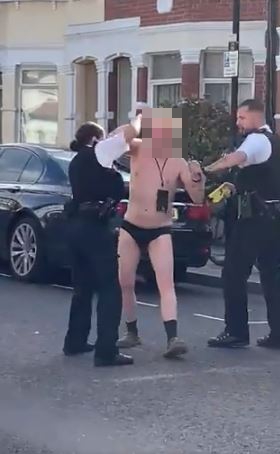 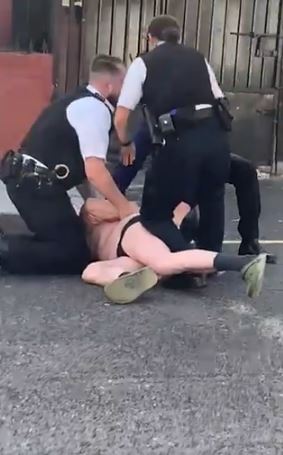 In footage, a man wearing nothing by black pants, black socks, shoes and a lanyard is seen walking on the pavement with a massive blade.

Police can be heard screaming for the man to drop the knife.

The man does and then approaches the officers as one cop then brandishes a Taser.

Two police and a worker then tackle the man to the ground before he is put in handcuffs and taken away.

Police said a 68-year-old man was arrested at the scene on suspicion of possessing an offensive weapon.

He remains in custody.

A police spokesperson said: "Police were called at 10:48hrs on Tuesday, 6 October to reports of a man acting aggressively in Lyndhurst Road, N22.

"Officers attended and were made aware of a man reportedly seen with a machete.

"No injuries were reported. Taser was deployed but not discharged.

"A 68-year-old man was arrested on suspicion of possessing an offensive weapon. He remains in custody.

"A machete was recovered." 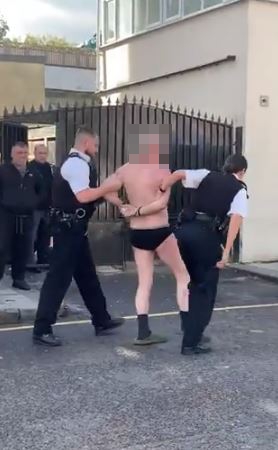 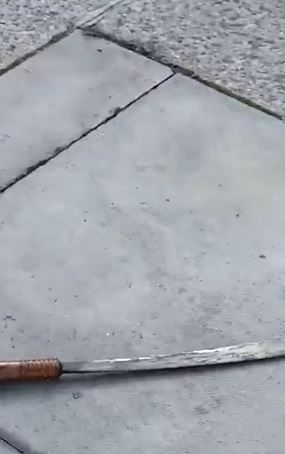