Washington: US President Donald Trump said Defence Secretary Mark Esper had been "terminated" and that Christopher Miller, director of the National Counterterrorism Centre, will be acting Secretary of Defence starting immediately.

"Mark Esper has been terminated," Trump said on Twitter.

"I am pleased to announce that Christopher C. Miller, the highly respected Director of the National Counterterrorism Centre (unanimously confirmed by the Senate), will be Acting Secretary of Defence, effective immediately." 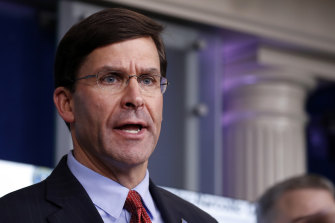