Home » World News » Donald Trump has NO plans to be reinstated in the White House in August, Lara Trump says 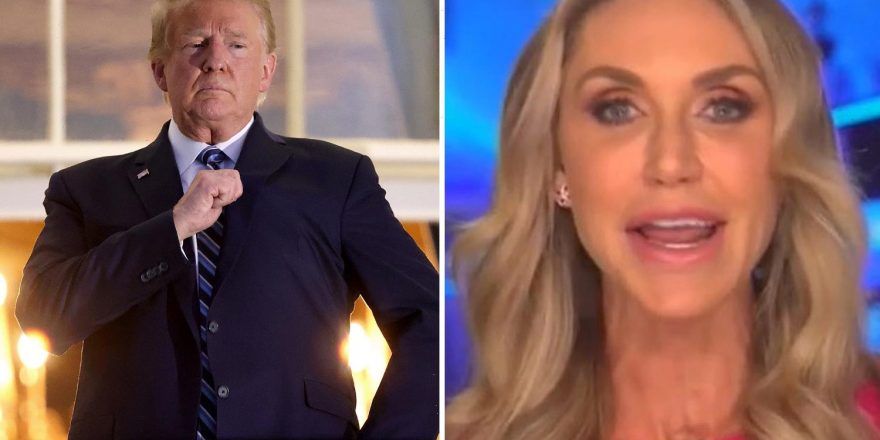 Donald Trump has NO plans to be reinstated in the White House in August, Lara Trump says

LARA Trump has dismissed reports that former President Donald Trump has been telling supporters that he expects to be "reinstated" in the White House by August.

Lara, the ex-commander in chief's daughter-in-law and 2020 campaign surrogate, poured cold water on the claims during an interview with Fox News on Thursday morning. 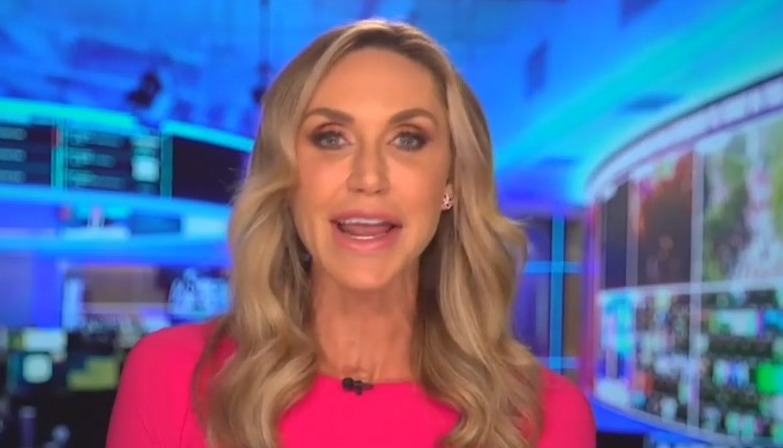 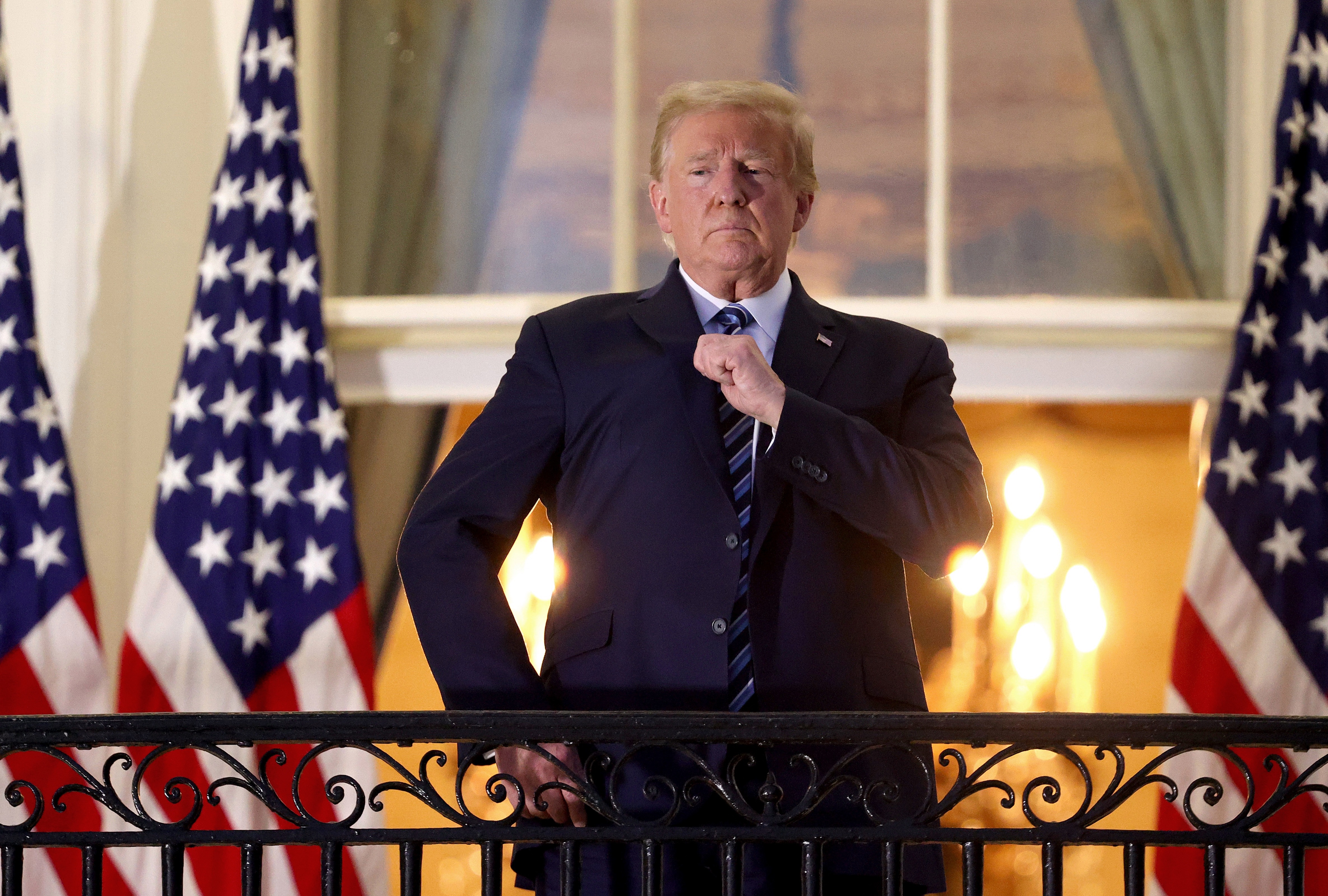 "There are no plans for Donald Trump to be in the White House in August," she said on Fox and Friends.

"Maybe there's something I don't know," she added, "[but] I  think that’s a lot of folks getting a little worked up about something just because there wasn’t enough pushback from the Republican side.”

The New York Times' Washington correspondent Maggie Haberman reported earlier this week that Trump has been telling "a number of people he’s in contact with that he expects he will get reinstated” by August.

The Washington Post later followed up with a similar report on Wednesday.

While no legal or constitutional process would allow Trump to resume office after losing an election, calls to reinstate Trump have been mounting from MAGA supporters.

The calls appear to stem from a Myanmar-style coup that some Trump fans and QAnon supporters are anticipating will happen on US soil. 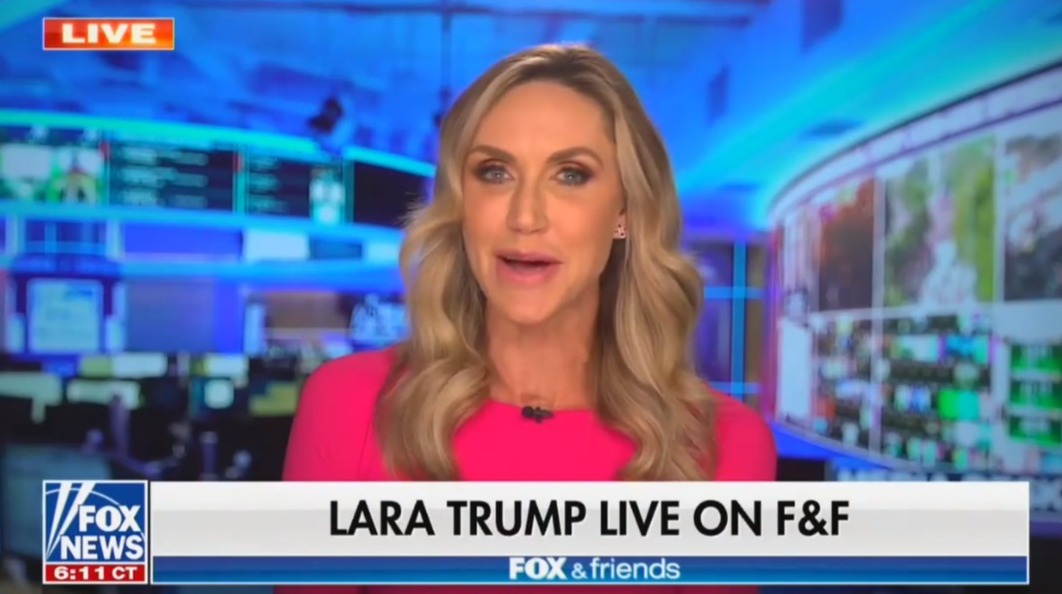 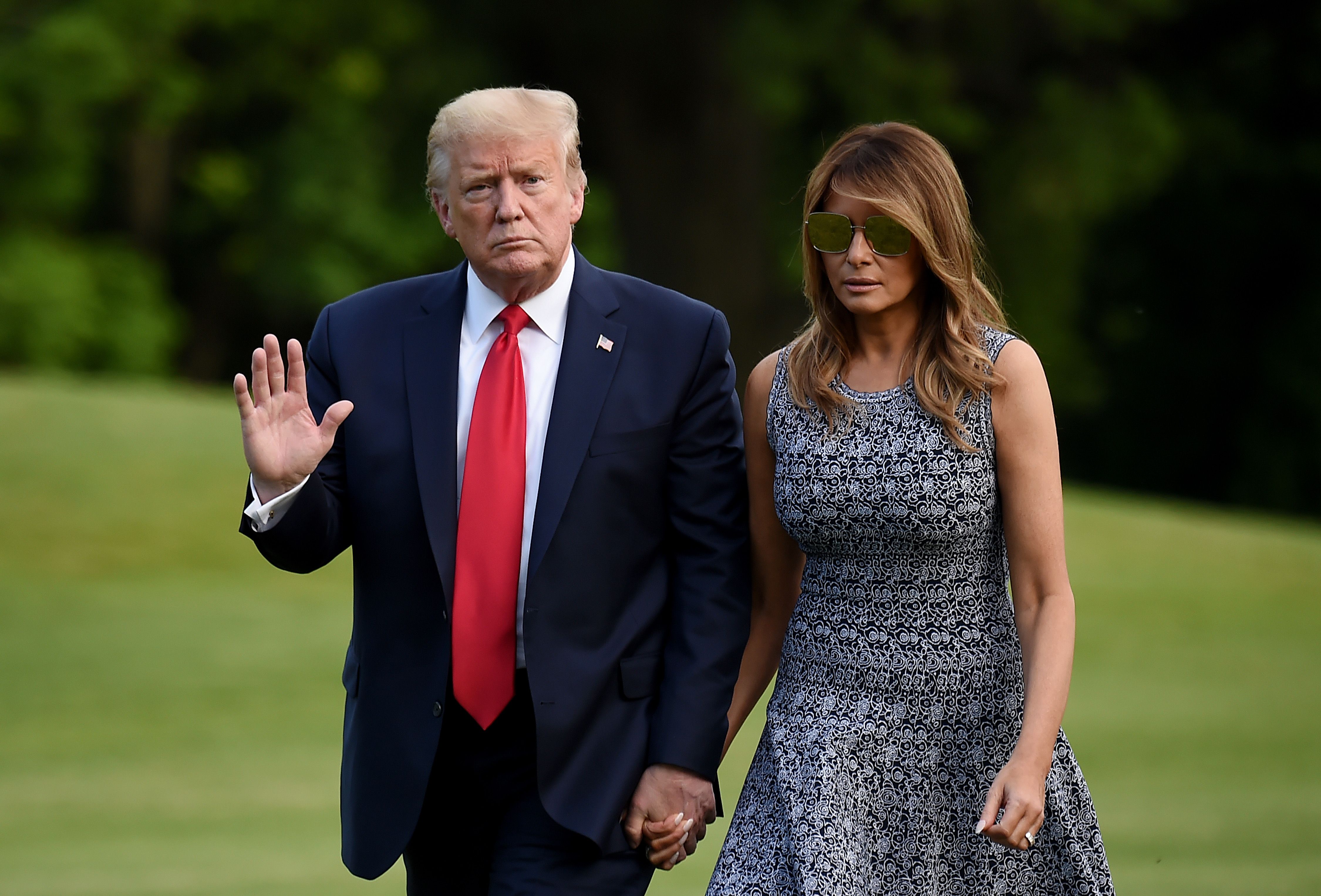 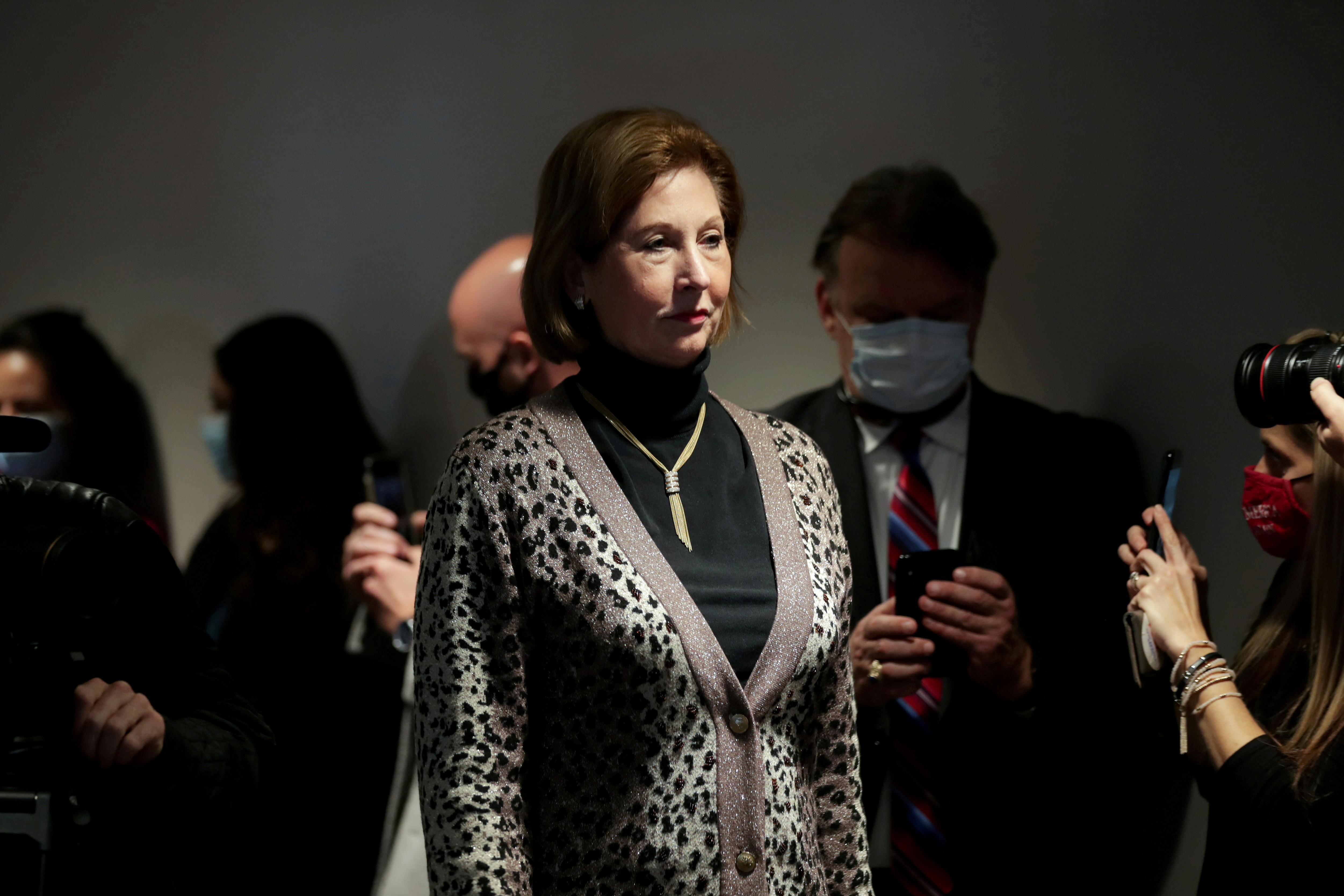 At an event called the For God and Country Patriot Roundup Saturday, former Trump election lawyer Sidney Powell supported the theory, saying Trump could "simply be reinstated" in the next two months.

"And Biden is told to move out of the White House," the lawyer continued. "And President Trump should be moved back in. I'm sure there's not going to be credit for the time lost, unfortunately."

Former Trump national security adviser Michael Flynn appeared at the same convention and supported the idea of a coup – though has since attempted to walk back that assertion.

Speaking to the Times' and the Posts' reports on Thursday morning, Lara Trump said: "Well, I think you should take a look at who those networks are and who is pushing that story out.

"No, I have not heard any plans for Donald Trump to be installed in the White House in August.” 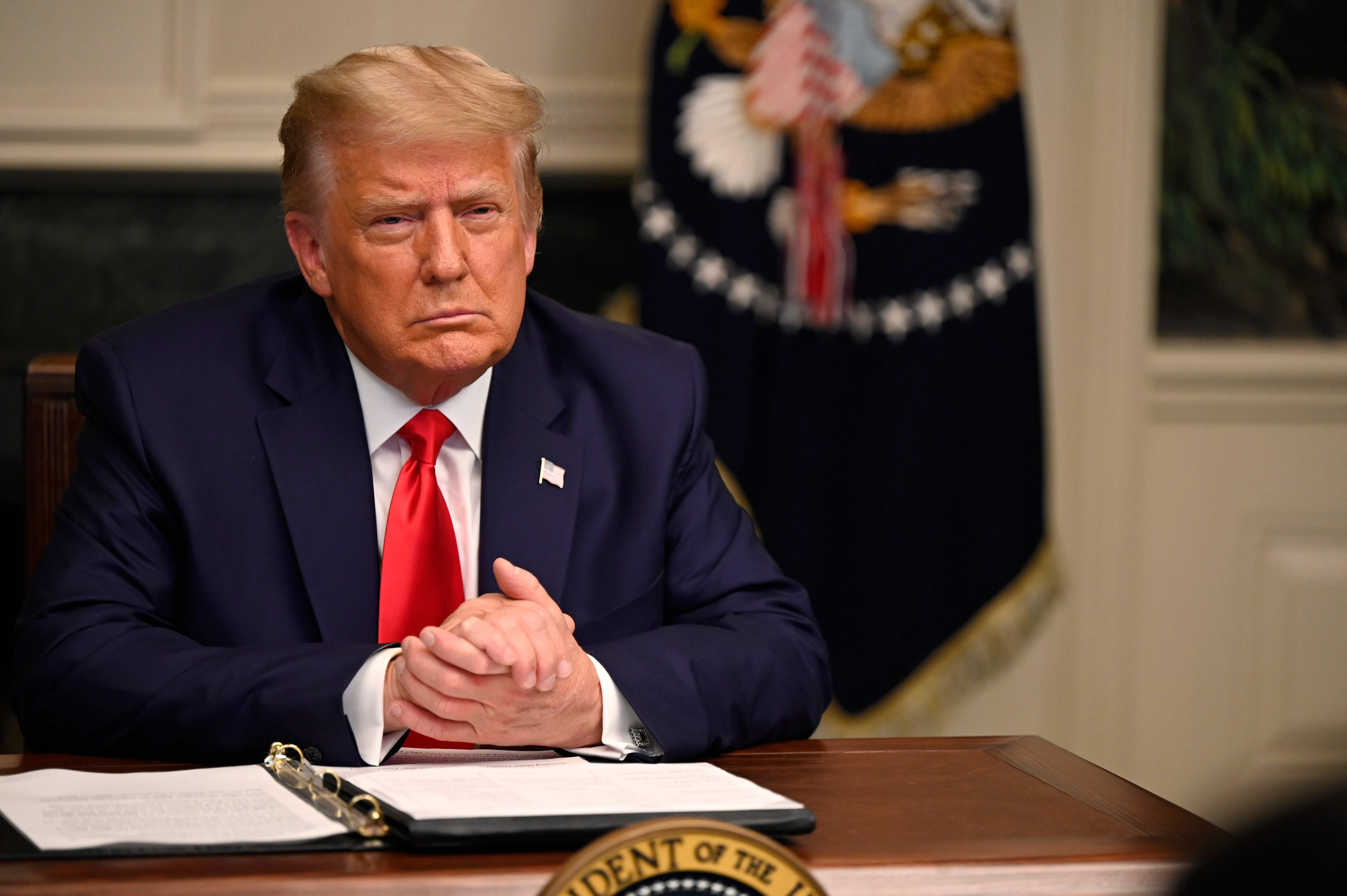 The bizarre speculation surrounding Trump's reinstatement has been bubbling online for months.

Back in March, QAnon fans believed that the Trump Hotel was sending them a signal confirming a theory that the ex-president would be inaugurated.

Followers believed that the Pennsylvania Avenue, Washington DC hotel was giving them a sign by raking up the prices on March 4, Forbes reported.

According to the outlet, the least expensive room, that comes with a king-size bed and a crown topped headboard, is usually $476 to $596 a night.

However, on March 3 and 4, the price was hiked to $1,331 per night – leading followers of the conspiracy to believe that Trump was due to be re-inaugurated.

The speculation proved to be nothing more than wild hearsay. 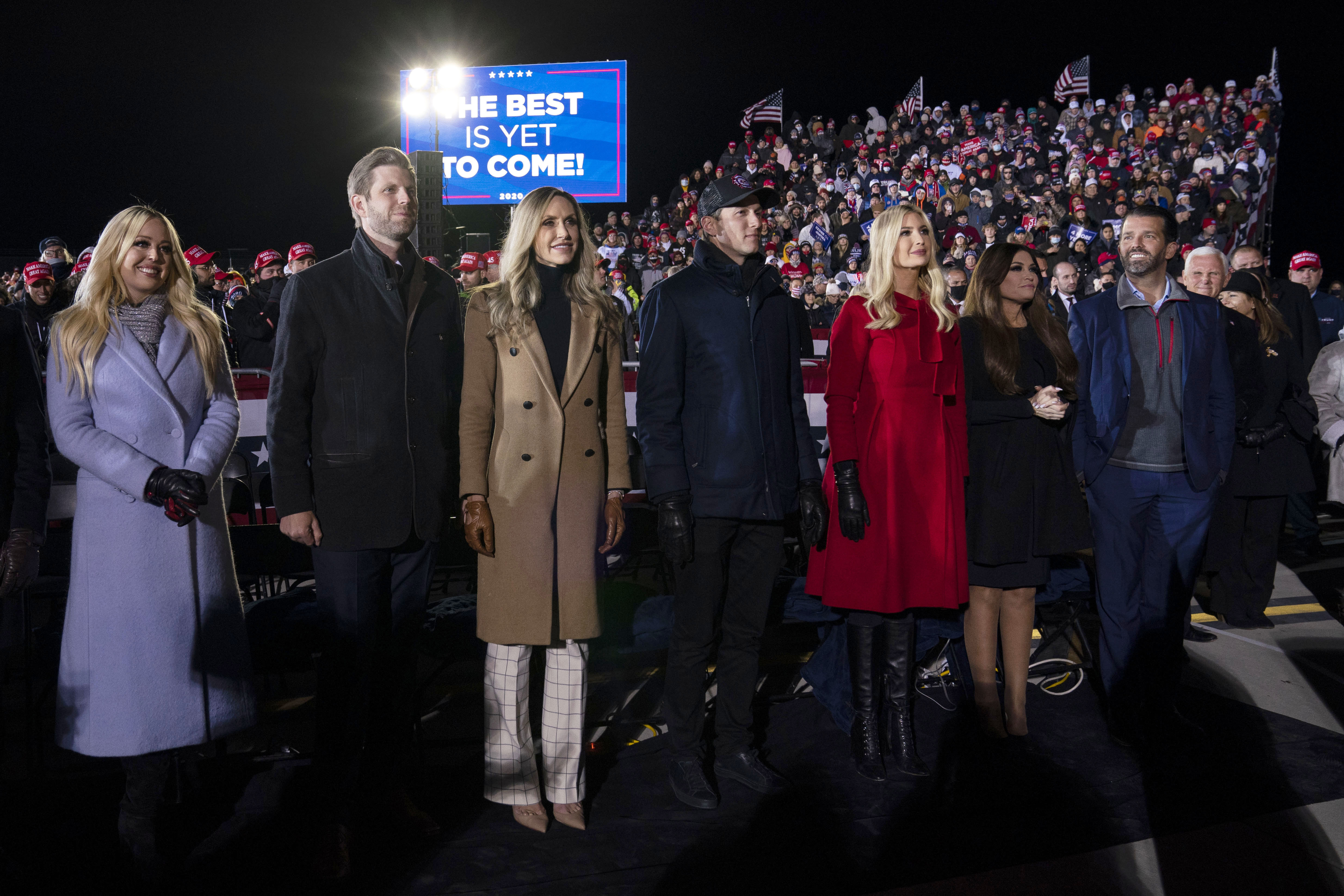 But for Trump fans, there is hope that the former reality star may return to the White House in 2024.

Sources close to the ex-president say he intends to run for office again in the next election cycle if he's "in a strong position" after the 2022 midterms.

"If the president feels like he's in a good position, I think there's a good chance that he does it," Trump adviser Jason Miller told NBC on Tuesday.

"For the more immediate impact, there's the issue of turning out Trump voters for the midterm elections," Miller continued, before adding: "President Trump is the leader of the Republican Party."

Trump himself has also previously suggested he will announce his decision on the matter after the midterms.

In an interview with Fox News' Dan Bongino last month, he said: "So I'm giving it very serious consideration.

"If you do it, I think probably the most appropriate time would be right after the '22 election, that's my opinion. Could do it sooner, but I think right after the election would be good, especially if you have a good election."

Trump will return to the political arena on Saturday to give the headline speech at the North Carolina Republican Party's state convention.