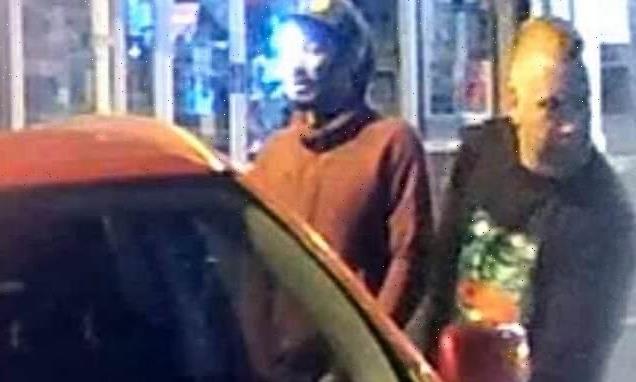 This is the disgusting moment a lout was caught urinating on a grandmother’s doorstep while on a night out with friends.

The footage has been captured by Sarah Lindley’s doorbell camera which has caught men relieving themselves in front of her house in Colwyn Bay, north Wales.

In the latest video, a group of men can be seen walking past Sarah’s home before one turns back to urinate in front of her door. 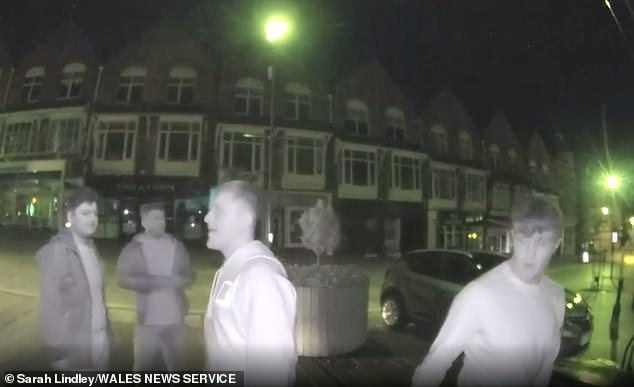 Grandmother Sarah Lindley is frustrated after repeatedly catching groups of men (pictured)  urinating in front of her home in Colwyn Bay, north Wales, as they walk past after nights out 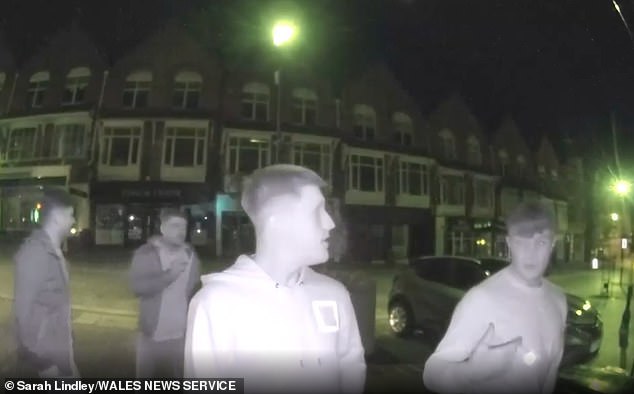 In the latest incident, one man who is called Connor by friends, is made aware of the doorbell camera only to tell his friends he doesn’t care as he continues to urinate on Sarah’s door 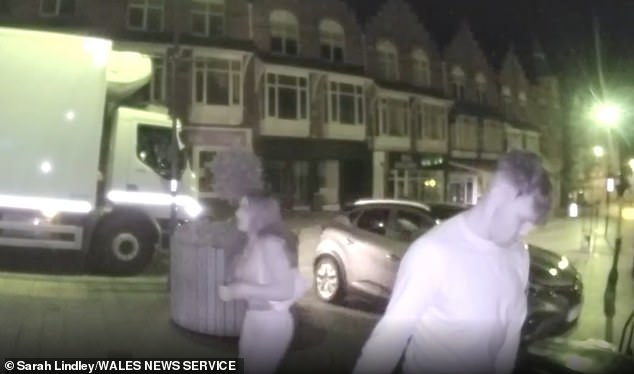 In the video, which was captured by a doorbell camera (pictured), a group of girls walk past and one calls the man a ‘dirty b*****d’ to which he replies ‘yeh I’m a dirty boy – you love it’

One of the group can be heard saying: ‘Oy Connor, there’s a Ring doorbell right there.’

And it was the second time shocked Sarah caught revellers going to the toilet in front of her house in Colwyn Bay, north Wales – after previously catching two men urinating on her car.

The pair were caught relieving themselves on Sarah’s Renault after one can be heard saying: ‘It’s a red Kadjar – you’ve got to p*** on it’.

The men pee on the door handles with one saying: ‘When the kids open the door in the morning they’ll have p*** on their hands.’ 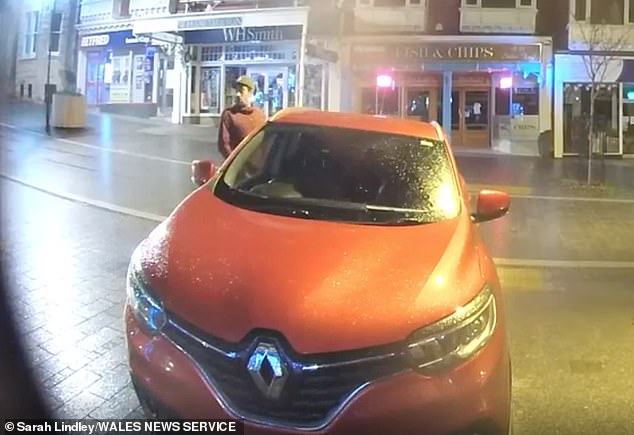 Not the first time: In an earlier video, caught by Sarah’s camera last February, two men were caught purposely urinating on her car which was parked in front of her home (pictured) 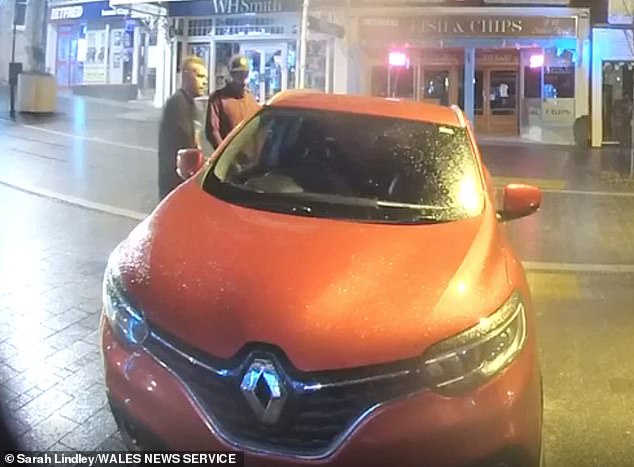 Pictured: In the video, the men talk about purposely urinating on the Renault Kadjar’s door handles so that anyone using the car the next day would end up with urine on their hands 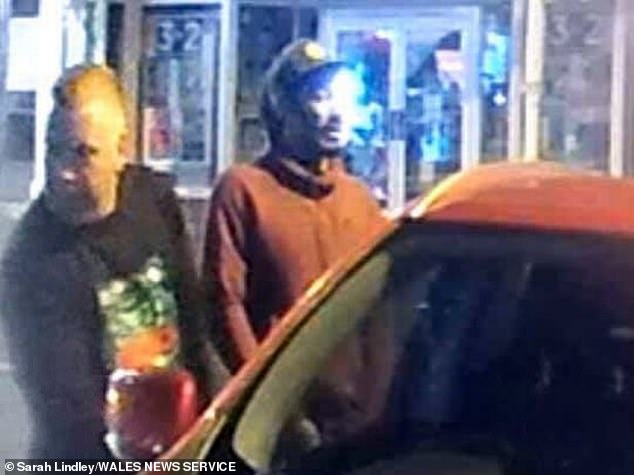 Pair were caught relieving themselves after one says: ‘It’s a red Kadjar – you’ve got to p*** on it’

Sarah said: ‘These two idiots think it’s funny to pee on my car, but what’s worse is that one of them says my kids will have his p*** on their hands in the morning. What a guy.’

Sarah is now urging men to find a proper toilet rather than choosing her home as a urinal.

She said: ‘It would appear lockdown is over and the peeing restarts.

‘I couldn’t believe it when I saw what this man was doing in what is very obviously a door to a home.

‘You can see his friends pointing out that there is a Ring doorbell and he clearly doesn’t care.

‘I just want to ask Connor to use a proper toilet or somewhere where others don’t constantly use. Like my front door.

‘It’s the lack of care and respect. Words escape me.’