In the lengthy report of the royal commission into Crown’s Melbourne casino, two seemingly contradictory conclusions stand out.

Firstly, Commissioner Ray Finkelstein found Crown’s behaviour disgraceful, and concluded that it must be found unsuitable to hold its licence. 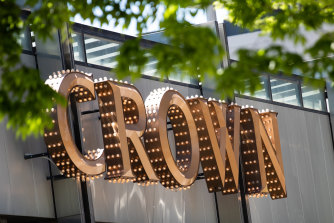 Secondly, he found that the best way forward was for Crown to continue operating, albeit with new regulatory and supervisory arrangements, and a new framework of laws to keep it in check.

The appointment of a “special manager” to oversee Crown’s operations means that the board and executives will (we presume) be held to the appropriate standard. No more junkets, no more money laundering, no more 36-hour stints on poker machines, correct payment of tax, and no more breaking the law, either Australian or overseas, apparently.

How did all the malfeasance and appalling behaviour come about? Finkelstein spreads the blame between multiple players.

The board were either lacking curiosity or were “asleep at the wheel”. Senior executives were “indifferent to their ethical, moral and … legal obligations”. Internal and external lawyers neglected to keep Crown focused on its need to remain of good repute “having regard to its ‘character, honesty, and integrity’”.

And, of course, the influence of major shareholder James Packer and his private investment vehicle, Consolidated Press Holdings, which put “profit ahead of other motives”.

In the end, the report recommends that Crown continue to operate for another two years with a special manager overseeing its operations, and acting as the ultimate decision maker. Crown will keep operating because of the risk of damage to the Victorian economy, and to innocent third parties, and most importantly, according to Finkelstein, because Crown appears genuine in its efforts to reform itself. There is, at the very least, some sense that Crown is too big to fail.

The state government has announced that it accepts all recommendations (although some are in the “in principle” category) with priority going to nine key recommendations.

It will introduce a Casino and Gambling Legislation Amendment Bill shortly, in order to appoint a special manager, to be Stephen O’Bryan, QC, a former IBAC commissioner. The bill will also prohibit junket operators, remove existing arrangements that require compensation to the casino for regulatory changes (such as harm minimisation), and increase the maximum penalty under the Casino Control Act from $1 million to $100 million. 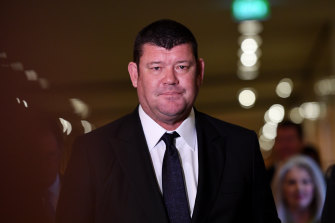 The government also says it will establish a new gambling regulator with expanded powers. This is to be known as the Victorian Gambling and Casino Control Commission, giving effect to the promise that the previous gambling and liquor regulator would be broken up.

Clearly, Crown’s disastrous, disgraceful, and contemptuous behaviour appears to have been possible because successive state governments failed to provide adequate powers and resources to the regulator. The government’s response effectively acknowledges this.

Expanding the powers of the regulator, repealing legislation guaranteeing Crown compensation if regulatory requirements change, increasing penalties to meaningful levels, and providing casino inspectors with adequate powers are all welcome developments. They should have been in place all along. As it is, these changes look exactly like someone shutting the barn door after the horses have bolted.

Some important changes have yet to be accepted. Minimising gambling harm, making structural changes to the gambling operator, and addressing money laundering risks are all, apparently, in need of analysis and detailed consultation. Any legislation to address these issues has been kicked down the road to next year.

The report points out that “Perhaps the most damning discovery by the Commission is the manner in which Crown Melbourne deals with the many vulnerable people who have a gambling problem”.

The government’s response agrees, singling out how Crown treats “vulnerable people who experience gambling harm”. The Commissioner’s recommendations in this area are detailed and significant. Government, however, hasn’t yet worked out what to do about them. For many harmed by gambling, including those whose lives have been ruined, or those who have lost family members to gambling-related suicide, this will be inadequate.

Australia’s regulatory environment is, arguably, far from robust. There is no better example of this than the Crown debacle. To keen observers, the recommendation that Crown should continue to trade is not surprising, however shocked some may be. The litany of law-breaking and harm production the company engineered might be expected to be fatal to its possession of a licence to print money. Not so, it appears.

Crown’s empire was built on its ability to influence governments through donations, lobbying, recruitment of the well-connected, and, as the Commission found, bullying of regulators and other government officials. It strove to make itself too big to fail, and indeed too big to regulate.

The failures of Crown are failures of government. The power of the gambling lobby (and other vested interests) in Australia is immense. The royal commission reveals the consequences of this in full high definition. It is not a pretty picture. It is high time for this to change. Anything else is really just fiddling at the edges.

Associate Professor Charles Livingstone is head of the Gambling and Social Determinants Unit at the School of Public Health and Preventive Medicine, Monash University.