Central Park Five attend the Emmys with filmmaker Ava Duvernay, whose limited series When They See Us about the group’s wrongful rape convictions is up for 16 awards

The Central Park Five attended the Emmys with When They See Us director Ava DuVernay as the Netflix series about the exonerated men’s wrongful rape convictions in New York three decades ago is up for 16 awards.

Kevin Richardson, Antron McCray, Korey Wise, Raymond Santana and Yusef Salaam were all smiles as they walked the purple carpet with DuVernay on Sunday night in Los Angeles.

The men stopped to talk with E! host Giuliana Rancic, expressing their gratitude over being able to share their stories with so many people through When They See Us, a real-life portrayal of the 1989 Central Park jogger case.

‘It’s a blessing. It was all a dream to become a reality,’ Wise said. 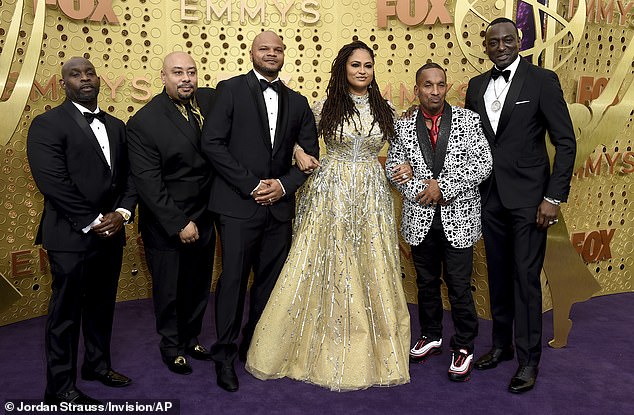 The Central Park Five –  Antron McCray, Raymond Santana, Kevin Richardson, Korey Wise and Yusef Salaam – attended the Emmys with When They See Us director Ava DuVernay on Sunday night in Los Angeles. The Netflix series about the exonerated men’s wrongful rape convictions in New York three decades ago is up for 16 award 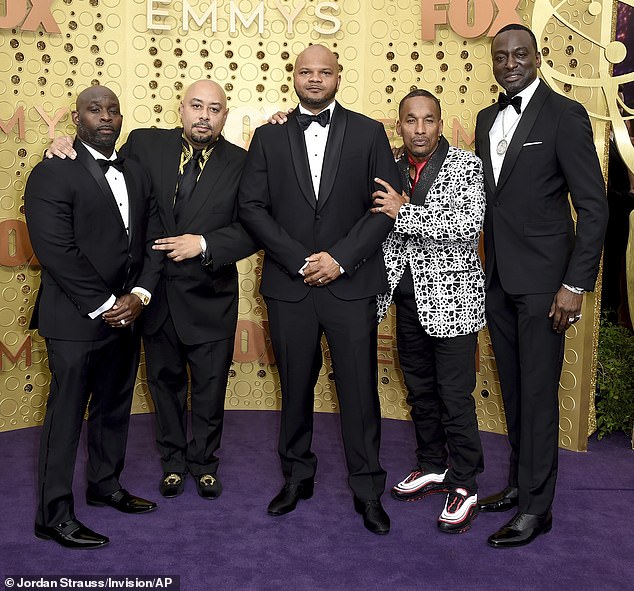 Antron McCray, Raymond Santana, Kevin Richardson, Korey Wise and Yusef Salaam are seen from left to right on the purple carpet. In a pre-show interview the men said they were honored to share their stories in the limited series

‘It was the most important thing for us to see each others stories because we hadn’t even talked about this,’ Salaam said, noting that he wasn’t familiar with Wise’s story before he watched the series.

‘First of all, the humanize us in such a magnificent way was such an honor and for me to see Korey, who had gone to the park but wasn’t a suspect — they weren’t looking for him — and when they came to get me as a suspect, they asked him if he would go with me.

‘This is the ultimate “take a bullet for your homie” kind of thing and I was just so grateful to see that because I didn’t know. We never spoke about what our experiences were like.’

McCray said that it was ‘overwhelming’ to be at the Emmys. ‘I’m trying to take it in. It’s great,’ he said.

It’s been nearly 30 years since the men were convicted of raping a jogger in 1990.

They all served time behind bars, with Wise serving over 12 years, until their convictions were vacated in 2002.

On the purple carpet, DuVernay explained how she became inspired to make When They See Us after Santana reached out to her on Twitter.

The director posted a photo of her ‘dates’ on Twitter before they arrived at the show. 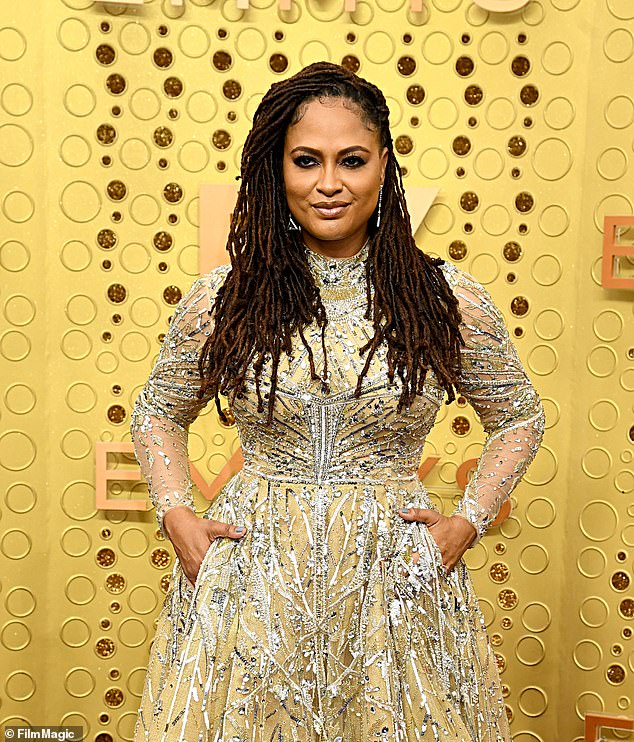 DuVernay was nominated for Best Director in a Limited Drama Series for When They See Us. During the pre-show interview she explained how she became inspired to make the series

After the Emmy nominations were announced in July, DuVernay described the men’s reaction to the news.

‘This ceremony and this experience is very isolated to our industry,’ she told The Hollywood Reporter. ‘You have people who are really living their lives deeply, meaningfully, that have no connection with our kind of laudatory celebrations.

‘Now that they know, they’re getting their tuxes ready and they’re going to be up in there.’

She announced that she was planning to bring the men to the Emmys last month during a For Your Consideration event.

‘When I called them to tell them about the Emmys, none of them knew about it,” DuVernay said during an event panel.

‘Literally I had to explain to them what it was, for one of them I had to say: “It’s like the Grammys, but TV.”‘

DuVernay was nominated for Best Director in a Limited Drama Series, Jerome for Best Actor and Blackk for Best Supporting Actor.

The show is also nominated for Best Limited Drama Series. 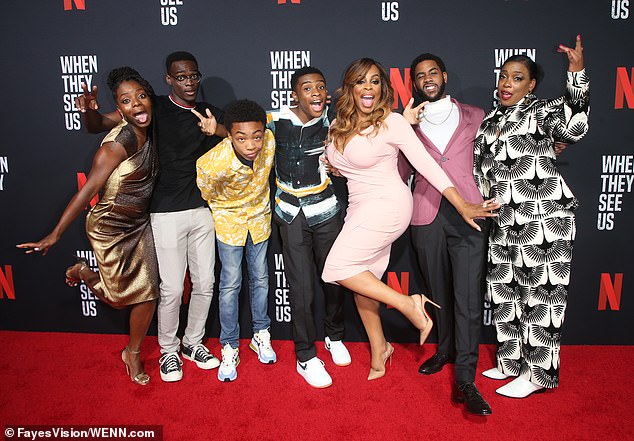 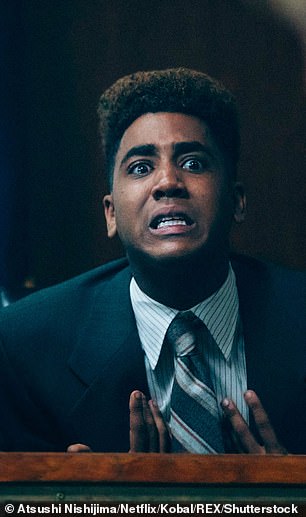