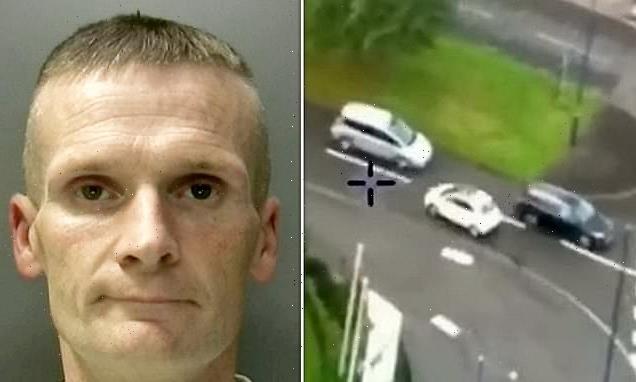 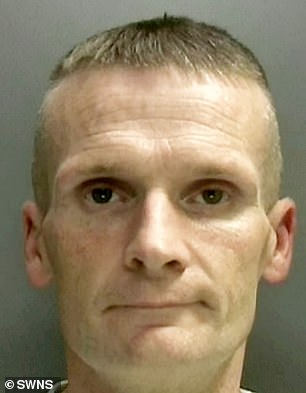 Thomas Cahill has been sentenced to 12 years in prison for five burglaries, three robberies, an attempted robbery and aggravated vehicle taking

Dramatic dash-cam footage shows a thug driver in a stolen Fiat 500 leading police on a high speed chase following a violent rampage during which he attacked pensioners in their own homes.

Thomas Cahill, 42, can be seen driving into oncoming traffic in the residential streets of Quinton, Birmingham, and even along footpaths as he tried to evade officers on August 22 last year.

The shocking video shows him dangerously weaving in and out of traffic, across grass verges and eventually scarpering by foot during the pursuit from police.

A court heard that Cahill, a roofer, was wanted for a string of violent offences at the time including burglary, robbery and aggravated vehicle taking.

During his spree of crimes, a 78-year-old woman suffered a broken hip after being dragged to the ground as he snatched her bag in the street.

Another 78-year-old woman fell victim to Cahill when he broke into her home and stole bank cards and cash.

He also cut off her phone line so she couldn’t call for help.

One female victim was stabbed multiple times in her hand as he tried to cut the strap of her handbag while she walked down the street. 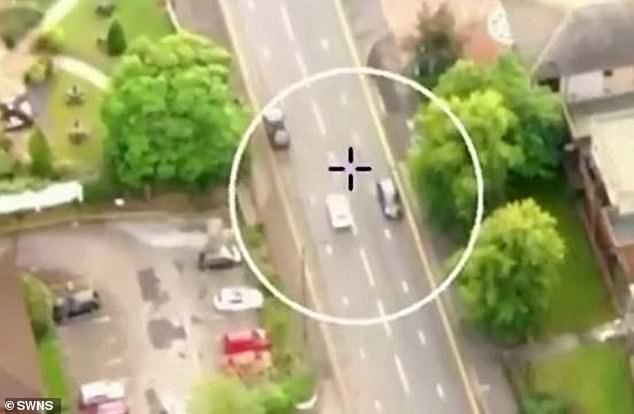 Cahill stole a Fiat 500 from Wolverhampton but was picked up by the on-board tracker in the Stourbridge area, West Midlands 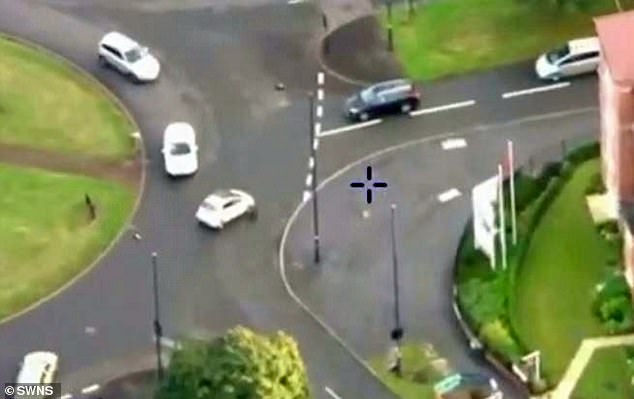 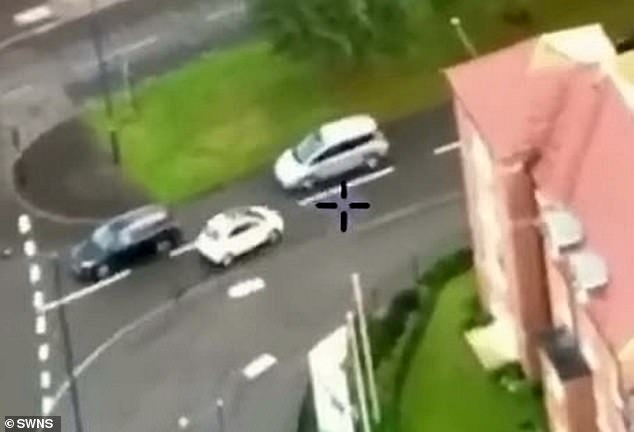 Cahill went against oncoming traffic in the hectic getaway before his tyres were stung on Hagley Road, Birmingham, but continued to crash into a wooden barrier and drive on a footpath 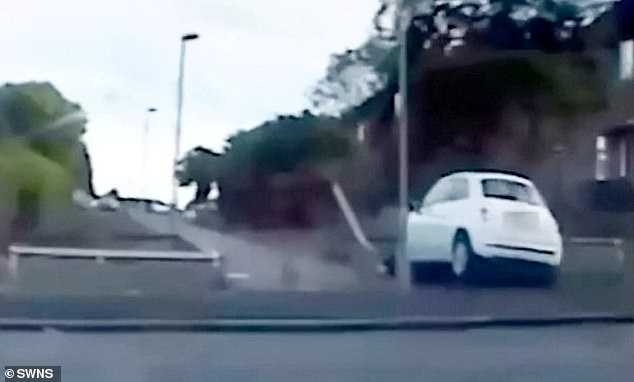 The chase came to a halt at 6.45pm on Simmons Drive, Birmingham, at around 6.45pm having shed a tyre and Cahill was arrested on suspicion of dangerous driving

Cahill also tricked his way into the house of a vulnerable man who had previously suffered a stroke by asking for a glass of water before stealing his bank cards.

But the homeowner’s son spotted Cahill leaving the house, recognised him as having previously done roofing work at the property and was later able to identify him.

A day later, he stole a cream coloured Fiat 500 from a property in Wolverhampton and officers were able to trace the car due to the in-car tracker.

The stolen vehicle was driven dangerously as he sped through residential areas and at times on the wrong side of dual carriageway, before its tyres were stung.

It eventually ground to a halt having shed a tyre, and Cahill was arrested on suspicion of dangerous driving following a brief chase on foot. 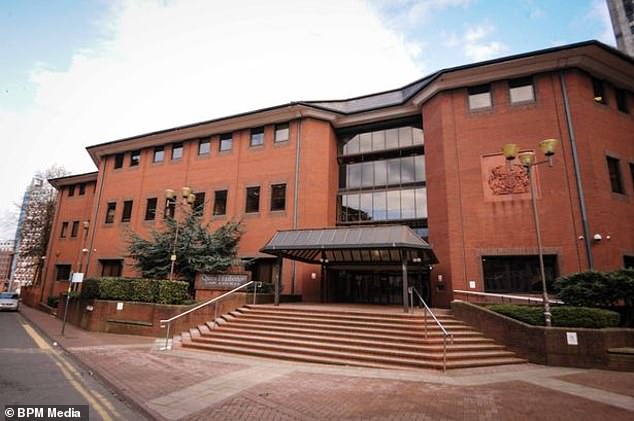 After the high-speed police chase in Quinton, Birmingham, Cahill was detained and last week handed a 12-year prison sentence for his string of violent crimes across the city

Cahill, who has no fixed address, pleaded guilty to five burglaries, three robberies, an attempted robbery and aggravated vehicle taking.

He was sentenced to 12 years in prison at Birmingham Crown Court last Tuesday.

Detective Mark Timmins, of West Midlands Police, said: ‘Thomas Cahill is a really violent offender and we are so pleased to see him behind bars for this time.

‘He preyed on the vulnerable and took advantage of them.

‘Cahill drove a battered Ford Focus to commit most of these offences, so we were quickly able to identify him as being involved in these malicious crimes.

‘Being of a victim of burglary and robbery can be really difficult and the thought of someone being in your home can take a long time to recover from, so I hope this sentence will also provide comfort to Cahill’s victims.’