Home » World News » DAN WOOTTON: How can those protecting Churchill's legacy betray him? 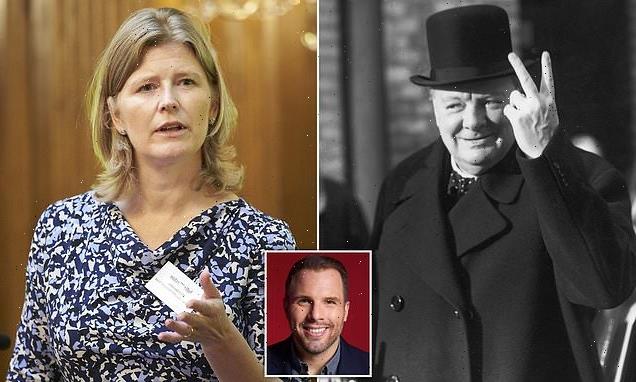 DAN WOOTTON: How can those protecting Churchill's legacy betray him?

DAN WOOTTON: How can the very people supposed to protect the legacy and memory of Winston Churchill have betrayed him so badly? We must never surrender to the woke mob

Walk into the office past a row of swastika flags, with a quick Sieg Heil salute to the portrait of the late Führer Adolf Hitler before jumping in the lift.

Without the bravery and leadership of the greatest Briton to ever live, that’s a routine that millions of us in the UK – a bleak Nazi-occupied German colony – might well be following today.

No Prime Minister or Western leader in recent history has come close to the lasting positive impact Sir Winston Churchill had on all our lives.

But as part of the regressive wokery currently sweeping the world, the campaign to demean Churchill has now reached the very organisation meant to protect his unquestionable legacy.

Did Churchill have some racist, sexist, homophobic and other unsavoury views that were widespread among men born in 1874? Without doubt – and I’m not trying to deny that.

But he was the ultimate anti-fascist who played a significant role in preventing the extermination of Jews and every other minority Hitler was intending to literally wipe from the face of the earth.

So I am boiling with rage today at news the one woman who should be fighting against the loony left’s bid to piss on the reputation of Churchill is the person attempting to cancel him. 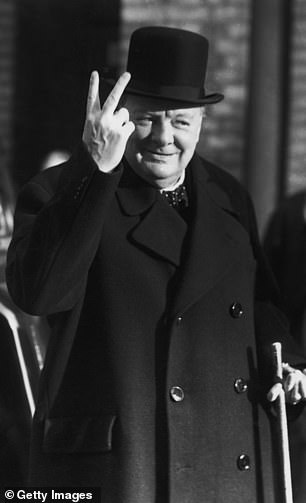 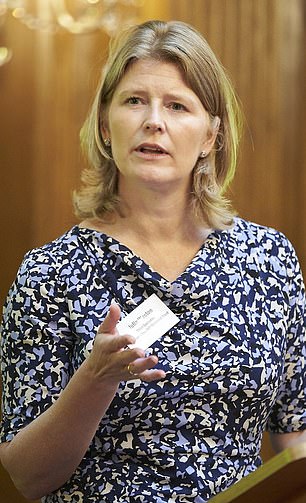 I am boiling with rage today at news the one woman who should be fighting against the loony left’s bid to piss on the reputation of Churchill is the person attempting to cancel him. Pictured: Sir Winston and Julia Weston, the chief executive of the re-named Churchill Fellowship

The Winston Churchill Memorial Trust has been re-named the Churchill Fellowship, with all pictures of the great man removed from its website and the addition of a number of notes about the former PM’s ‘unacceptable’ views.

This was the brainchild of Julie Weston, the charity’s £100,000-a-year chief executive.

This madness is playing into the hands of the loony left, like the idiots who defaced the Churchill statue in Parliament Square with graffiti saying ‘is a racist’ during the febrile Black Lives Matter protests last summer.

This morning, after the news was first revealed, Weston attempted some unconvincing damage control.

Churchill’s photo was reinstated on the website and she claimed the name change was because it was ‘confusing’ and nothing to do with wanting to ‘disown’ Winston’s work.

But that makes absolutely no sense.

The Winston Churchill Memorial Trust is immediately synonymous with the wartime leader, while The Churchill Fellowship could well be confused with the omnipresent insurance company that regularly advertises on TV.

What makes it obvious that Weston is a woketopian is that, as she announced these changes, she also revealed the charity would start to focus on ‘addressing inequality and protecting the environment’. Er, why? There are multiple other charitable organisations that already do that.

This charity was set up immediately after Churchill’s death in 1965 to fund academic research, using funding mainly from a grateful public determined to properly recognise the towering historic figure.

Those donations, which were invested, continue to fund the charity today, alongside donations and legacies from wills. 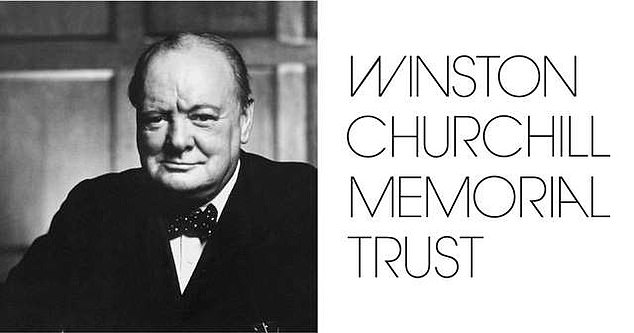 The original Winston Churchill Memorial Trust name was removed from the charity’s website, as was a picture of the great man 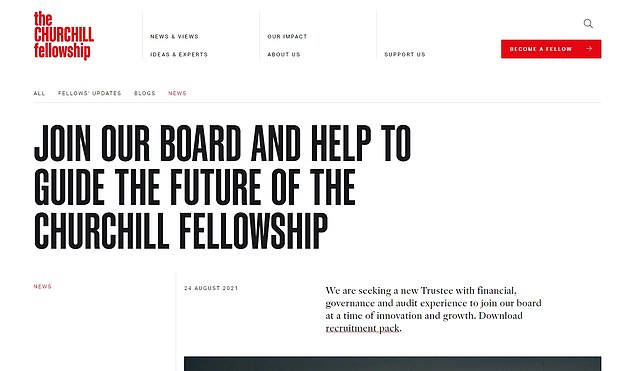 It was the charity’s volunteers, who remain steadfastly loyal to Churchill and his legacy, who blew the whistle on the outrage.

One told The Sun: ‘It beggars belief that the man who saved this nation in our darkest hour finds himself cancelled in this way.’

I have no doubt that’s exactly what the left are attempting to do.

The BBC is, of course, part of the revisionist mob. They were forced to partially uphold a complaint about a News At Ten report that said Churchill’s attitude towards the Bengal Famine, which killed three million in India during 1943, was racist without offering an alternative view.

In fact, many historians counter that Churchill did his absolute best to alleviate the famine at a time when food supplies across the world were scarce and he was engaged in trying to defeat Japan in the Pacific.

If we continue to woke-wash every white person from history because they were subjects of their time, then Queen Victoria, Charles Dickens and Shakespeare will be finished too.

Find me someone rich, powerful, talented or influential from 100 years ago who didn’t have a questionable view.

The new website has a page stating that the charity ‘stands in solidarity with those in the fight against racism and with our Fellows from minoritised racial communities’. It added: ‘Today there is controversy about aspects of Sir Winston’s life. Many of his views on race are widely seen as unacceptable today, a view that we share’ 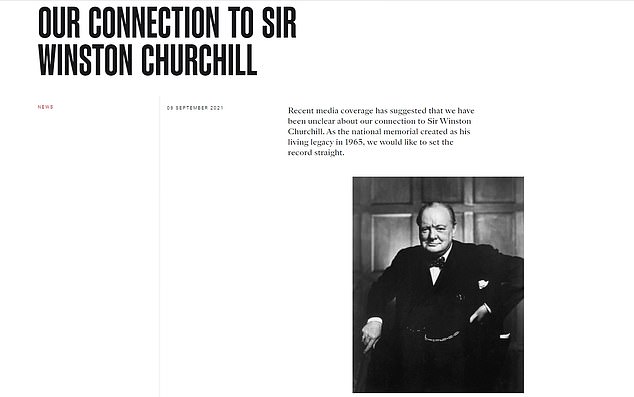 Today the charity put up a new statement, with a picture of Sir Winston, praising him and denying they were cutting ties – although they will not be reverting back to the old name

Think about this from a personal perspective.

When you’re gone, do you want to be judged by the biggest mistake you made – perhaps something you repented for during your life?

Or do you think human beings are fallible and their legacy should take into account their overall achievements and foibles? If we are to apply the latter judgement to Churchill, then he remains the most brilliant and important Briton without any question.

Yes, he was a man with flaws, a man who was very much a product of the era in which he grew up – but a man who saved the world from the tyranny of Nazism that allowed us to enjoy the freedoms we have today.

And that is all that really matters.