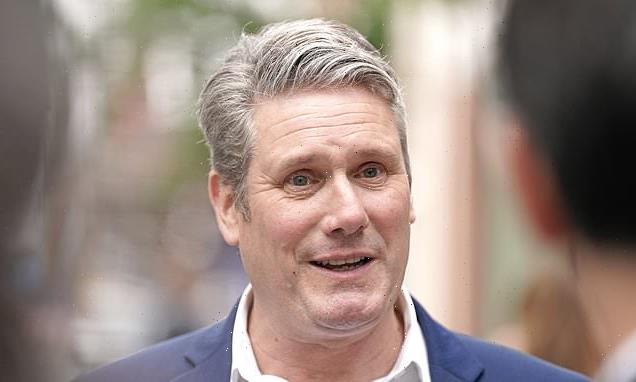 To hear Sir Keir Starmer’s incessant, pious denunciations of Boris Johnson over lockdown breaches, one might have imagined Labour’s leader inhabited a higher moral universe than the Prime Minister.

These scathing attacks – afforded extra gravitas because they were from an ex-director of public prosecutions – served one purpose: To convince Britain that Mr Johnson was unfit to hold the highest office.

Indeed, on January 31 this year, after it emerged the police were investigating illegal parties in No 10, he couldn’t have been more emphatic. Boris, he raged, ought to ‘do the decent thing and resign’.

Yet while spewing indignation, he knew that he and his deputy Angela Rayner had themselves enjoyed a curry and beer knees-up in Durham with a gaggle of activists when indoor socialising was against the law.

Today, Sir Keir finds himself hoisted by his own petard. Police have announced a criminal probe into Beergate. 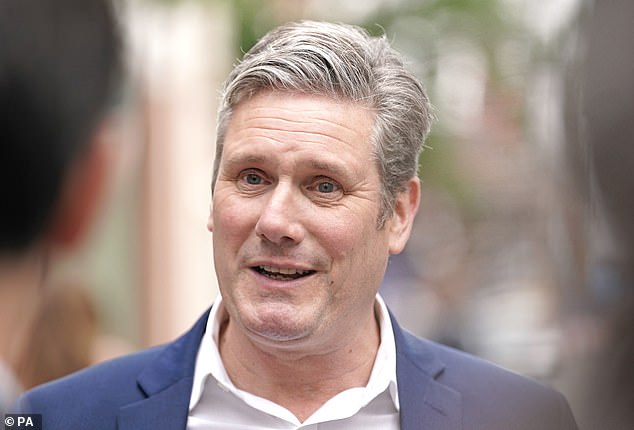 Labour leader Sir Keir Starmer makes a statement outside Labour Party headquarters on Friday in London, following the announcement that he is to be investigated by police

Thanks to evidence uncovered by the Mail, detectives will examine ‘significant new information’ about the bash.

Sir Keir’s insistence that he and his team were working is deeply implausible. Where’s the proof? It was 10pm on a Friday night for goodness sake. And if it was so innocent, why has he spent days lying and dissembling about the truth?

His pained supporters say we should not jump to conclusions before the investigation is completed. But he didn’t give Boris that courtesy.

To many, a police probe into beer-swigging is an absurd waste of time and money. But Labour’s leader made a rod for his own back with his hysterical witch-hunt seeking to topple the Mr Johnson and Chancellor Rishi Sunak over similar breaches.

So today we ask hypocritical, deceitful Sir Keir – who demanded the PM resign in the same situation – will he be judging himself by the same high standards?

Don’t write off the PM

Should slippery Starmer somehow escape downfall from Beergate, he only faces an even greater challenge – as the topsy-turvy local elections so spectacularly proved.

Twelve years into a Tory government struggling with plunging living standards, Partygate and sleaze, Labour confidently predicted a rout. It was nothing of the sort.

Yes, the Conservative vote slumped. Yes, the party lost a swathe of seats and councils, including the symbolic citadels of Westminster and Wandsworth.

Yes, they are under attack from the Liberal Democrats in the once true-blue southern shires. And, of course, colonised by woke metropolitan Remainers, it was no shock Labour swept virtually all of London. 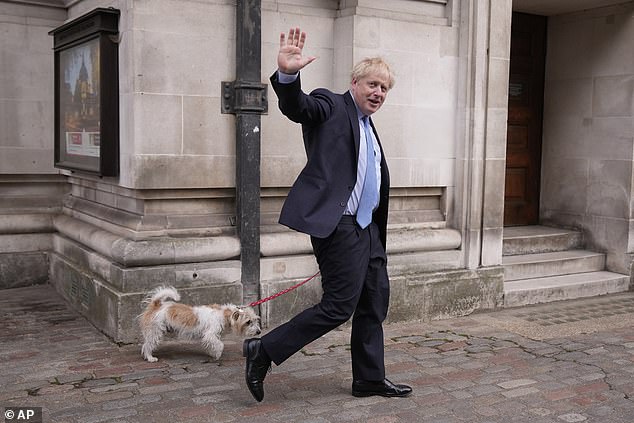 But that’s not where the real battleground is. The seats that will decide the next election are in the Red Wall. And there it was a remarkably different story.

Where Sir Keir needed to make huge gains in these Leave-supporting areas if he is to reach No 10, he flopped miserably.

Why aren’t they cutting through? Perhaps because this charisma-free dud shamelessly tried to steal the referendum off ordinary people. That, and his undying support for Jeremy Corbyn, won’t be forgiven easily (and how ironic that Corbyn was first to plunge the knife in to him over Beergate).

By contrast, the Tories clung on in these industrial heartlands – even making gains.

Still, for Boris this must act as a wake-up call. Disillusionment with his government meant many voters stayed at home.

But anxious Tory MPs should hold their nerve and stick by him. His optimism, can-do spirit and patriotism are still well regarded. He has called the big issues right. Brexit? Tick. Covid vaccine? Tick. Ending lockdown? Tick. Ukraine? Tick.

If he can deliver on the economy and living costs squeeze (tax cuts please, Boris), immigration control and the NHS, the next election is there to be won.