A CUSTOMER who had ordered a takeaway from the local kebab shop was left stunned when police delivered it after arresting the delivery driver.

Officers stopped the driver in Woodley, Berkshire after allegedly spotting him motoring without an insurance or licence. 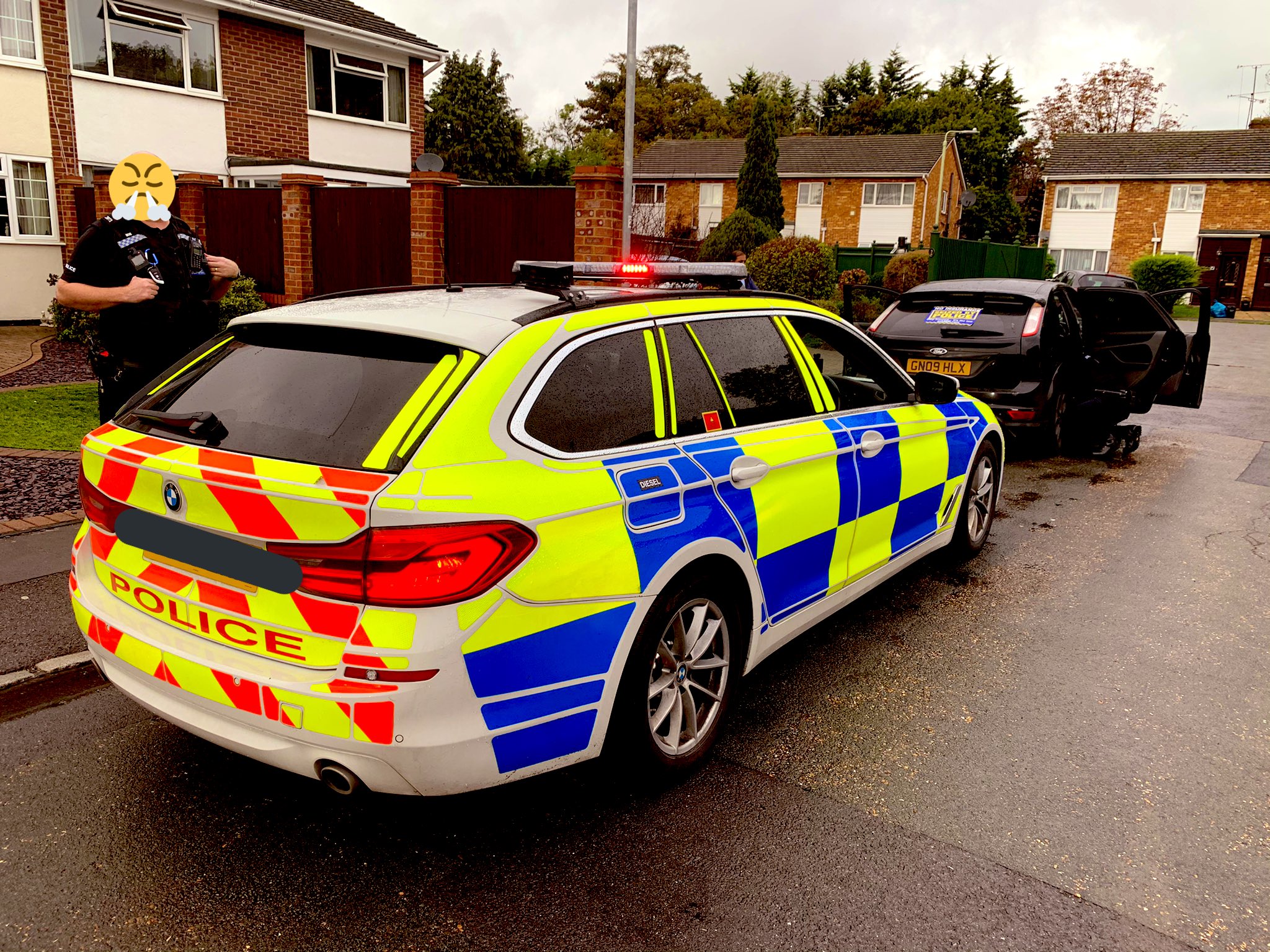 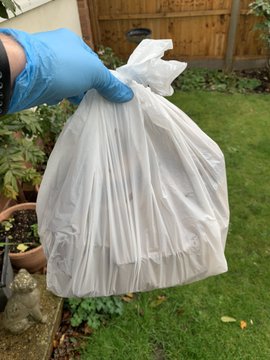 But after the stop, the PCs suspected he'd been driving under the influence of drugs – and arrested him at the roadside.

But not wanting the customer to go hungry, the cops decided to deliver the kebab before taking the driver into custody.

They say he gave false details as he was driving without either a licence or insurance.

In addition, one of his tyres was in a dangerous condition, so worn that part of the cord was showing.

Officers then allegedly realised he was drug driving too. 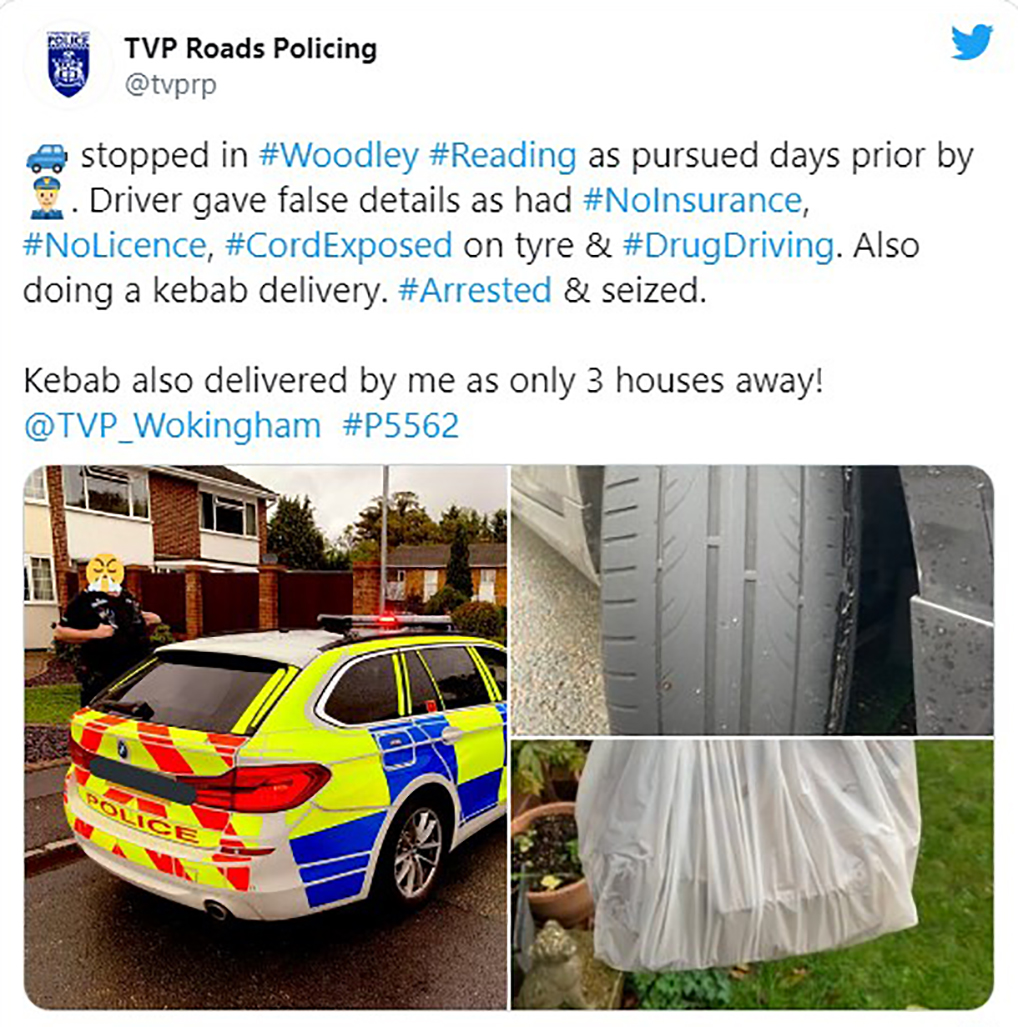 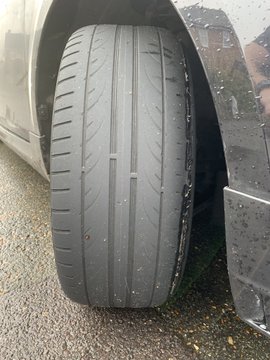 Police said: "Driver gave false details as had no insurance, no licence, cord exposed on tyre and drug driving.

Officers took the time to deliver the kebab to the correct address."

Woodley is the largest suburb of Reading and in tier one of the current three-step coronavirus lockdown.

Under the law, restaurants and pubs can remain open until 10pm – but takeaways are allowed to serve customers after the curfew, as long as the food is delivered.

Slough is the first borough in the county to go into tier two.

Restrictions came into force just after midnight on Saturday.

Anyone living in a tier two area is banned from visiting friends and family from different households inside.

However, they'll still be able to meet outdoors – as long they continue to apply the rule of six.

Local authorities in Windsor and Maidenhead, Berkshire are in talks with the government to go into the second tier.