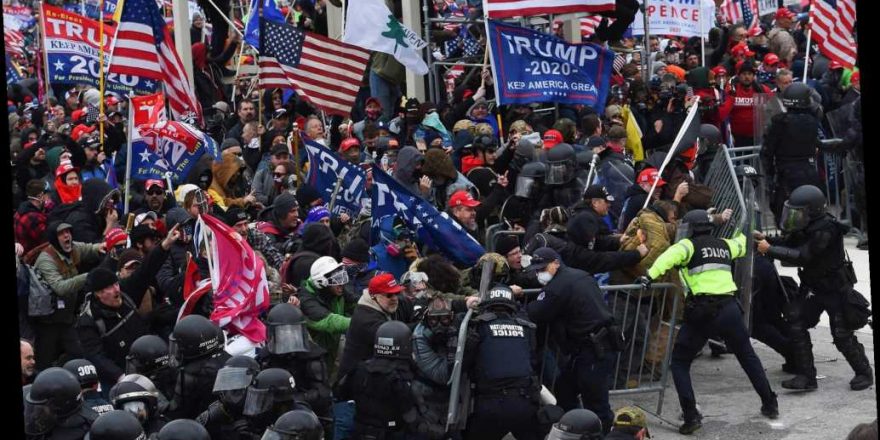 “Whataboutism is the last refuge for someone who can’t admit they’re wrong,” says journalist Tod Perry, who demands that we “stop equating Trump’s Capitol insurrection to Black Lives Matter protests.” The Atlantic’s David A. Graham likewise declares that conservatives’ “complaints about double standards are mostly whataboutism.” Jeremy W. Peters of The New York Times scolded the right for responses that were “full of whataboutism.”

What’s going on here? The left has come to embrace whataboutism as an all-purpose shield against any attempt to put events in a social, moral and historical context.

The Oxford English Dictionary defines “whataboutism” as “the practice of raising a supposedly analogous issue in response to a perceived hypocrisy or inconsistency.” The term came into use in the 20th century, often describing a Soviet rhetorical gambit where any criticism of the USSR’s rights record elicited an objection about the West’s sins.

We should, of course, reject false equivalencies, because they’re false. But to complain about false equivalencies necessarily means that there are true equivalencies. It also strongly implies that different cases, though not identical, can be comparable in ways that fairly illuminate some underlying question.

If it is legitimate for one side to raise such questions, it is illegitimate for the other side to use facile, tendentious accusations of whataboutism to rule them out of order. The point of that tactic isn’t to win a debate but stifle it.

It is indeed awkward for those politicians and journalists who defended or excused rioting around the country in 2020 to credibly denounce rioting on Capitol Hill in 2021. Asked about mobs toppling statues in public spaces, for example, Nancy Pelosi responded not with a denunciation but a koan: “People will do what they do.”

Rioting was “understandable but regrettable,” Jesse Jackson said, a quasi-criticism no one would think to apply to the Capitol Hill mob.

Nikole Hannah-Jones, the Pulitzer-winning leader of the Times’ 1619 Project, also expressed equanimity and even pride regarding last year’s unrest. “It would be an honor,” she said, if the burning police stations and looted stores came to be described as the “1619 Riots.” She went on to explain, “Any reasonable person would say we shouldn’t be destroying other people’s property, but these are not reasonable times.”

But if declaring “these are not reasonable times” changes everything, then the loophole devours the rule, or even the idea of having rules. There is no injustice-validation tribunal to predetermine whose complaints merit suspending the ordinary strictures against rioting, so the question is crowdsourced. People decide for themselves about taking it to the streets.

Insisting that BLM rioters are more aggrieved than MAGA rioters compounds the underlying problem: Contending that any grievance qualifies the otherwise categorical rejection of rioting puts us on a slippery slope to a dangerous place. Those who denounced last year’s mayhem in dozens of cities deserve to be taken seriously when they denounce last week’s mayhem in Washington. But those commentators who made different, worse choices have no right to expect we’ll all pretend that these embarrassments never occurred.

After Jan. 6, Jeremy Peters writes, “Trump sympathizers were quick to try to shift the focus from the destructive scene in Washington and revive months-old stories about the fires and looting.” It is strange to assert that riots that occurred months ago — gosh, who can even count how many? — are self-evidently unrelated to a more recent riot. It is particularly odd for a reporter for the Times, which mentioned the 1955 murder of Emmett Till in 82 different stories in 2020, to dismiss the hazy, archaic past.

The whataboutism accusations mean that the people holding the megaphone can deliver crazy, dangerous pronouncements during one historical circumstance, then later use that power to decree that the earlier pronouncements are irrelevant. No decent person would even mention them. This message to conservatives resembles Eric Stratton’s admonition in “Animal House”: You f - - ked up. You took us seriously. The moral of that story? Don’t take them seriously in the first place.

William Voegeli is senior editor of The Claremont Review of Books. Adapted from City Journal.