The theft of chocolate barely worth $1, taken on a whim by a high school student, seems like a case where police could exercise their discretion and not lay a criminal charge.

This wasn’t the case for one Aboriginal teenager, a straight-A student. Security caught her and called police, who charged her with theft. 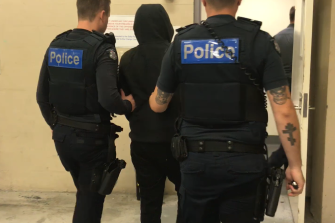 A trial of a new cautioning process for children has prompted a significant change in police policy across the state.Credit:Victoria Police

“She was so embarrassed about the whole thing, she didn’t tell her parents,” Marion Hansen, chair of the southern metropolitan regional Aboriginal justice advisory committee, said.

Ms Hansen said the overwhelmed teenager ignored her court date and a warrant was issued for her arrest. This prompted Ms Hansen’s involvement to resolve the matter, so the girl didn’t end up with a criminal record.

The case is a perfect example of police laying a criminal charge when a caution would work, Ms Hansen said.

“You can imagine the horror that young girl and her parents are going through over a bloody chocolate,” Ms Hansen said.

A trial of a new cautioning process in Greater Dandenong, Bendigo and Echuca has resulted in more cautions being issued to young Indigenous children, prompting a significant change in police policy across the state.

Police in Victoria will no longer set a limit on the number of cautions a young person can be given or require they admit guilt to be eligible for a caution.

Ms Hansen, the former Victorian head of the Aboriginal and Torres Strait Islander Commission, said the cautioning rate for young Indigenous people was low across the board, but in the Dandenong region the numbers increased during the trial, which began in January last year.

“It has been an absolutely positive step for both our community and police,” she said. 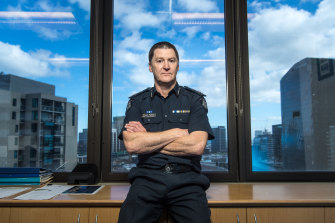 Chief Commissioner Shane Patton said the changes, which apply to all young people, are an effort to reduce the over-representation of young Aboriginal people in the justice system.

“Kids won’t get charged and end up in the court system. That’s primarily what it means,” Mr Patton told The Age.

Mr Patton said young people were often advised to not comment during police interviews to protect their legal rights, which meant before the change – which occurred in July – they were excluded from cautions.

Now, cautions will only require a young person’s consent.

Mr Patton said it wasn’t a soft option, nor did it mean young people would not be held accountable.

“By accepting the caution, they’ve accepted the responsibility that that offence has been committed,” he said.

Victorian Aboriginal Legal Service supported the removal of the requirement for admission, but called on cautioning changes to be written into legislation, rather than police policy, so there were more safeguards to ensure the objective of the revision is achieved.

Andreea Laschz, the legal service’s head of policy, said “there is an opportunity, that is too often squandered by Victoria Police, to support Aboriginal children, particularly those children who have been removed from their families, to strengthen their connection to their community and culture”. 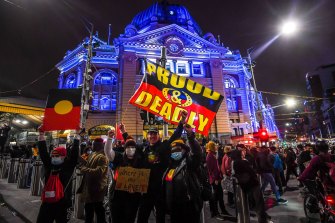 “Cautioning more Aboriginal children, and involving Elders in this process, would be a positive step forward. We hope to see the promise of such an approach be realised.”

Cautions show up in the police system, but not on someone’s record and can’t be seen by prospective employers.

A Victorian government report said Indigenous young people in 2018 were less likely than they were a decade ago to be cautioned, yet more likely to be held on remand or receive a jail sentence.

The Productivity Commission has also shown that young Indigenous people in Victoria are nine times more likely to be in custody than non-Indigenous youths.

The young person receiving a caution could choose to go before a panel of Aboriginal community leaders to identify what help they needed rather than leave the matter with police.

The latest available research from the Crime Statistics Agency show that young people who were cautioned rather than charged were less likely to reoffend.

Mr Patton confirmed Victoria Police’s position on raising the age of criminal responsibility from the age of 10 had not changed amid a national push.

“I believe it’s necessary for Victoria Police to be able to have the power to intervene appropriately when children are committing offences and then make sure they get the support services they need,” he said.

Ms Laschz said the lack of leadership from both state and national politicians was disappointing.

“Locking up children does not create a safer community,” she said.