FEARS of a coronavirus outbreak at an EU summit are raging as another leader has been forced to self-isolate.

Finnish Prime Minister Sanna Marin had to leave the two day summit in Brussels as a "precaution" to fly home to take a test for Covid-19. 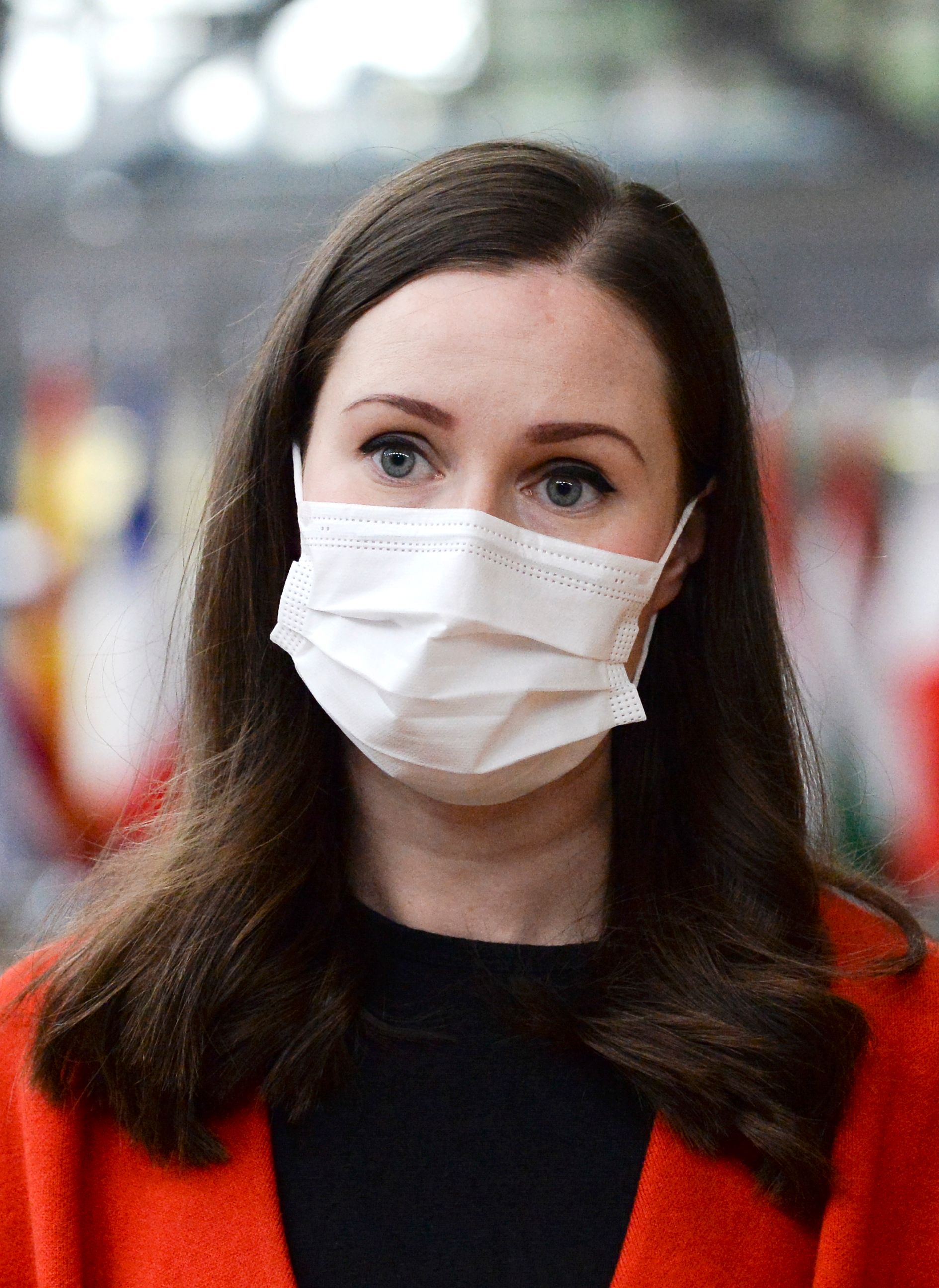 Leaders are sticking to social distancing and wearing masks at the summit as no chances are being taken for a potential outbreak.

Marin's exit comes as Ursula von der Leyen, head of the EU Commission, was pulled dramatically from the crunch EU meeting to go into self-isolation.

She had attended a meeting Wednesday at the Finnish parliament with lawmaker Tom Packalen who later tested positive for the coronavirus.

Marin said: “I left the European Council meeting as a precautionary measure and asked the Swedish Prime Minister Stefan Löfven to represent the Finnish end of the meeting time.”

Von der Leyen had to pull from the meeting after one her staff members was found to be infected with Covid-19.

She was swept from the summit and quickly swabbed herself – testing negative but now going into self isolation.

They quarantined after coming into contact with people who tested positive for the virus during a trip to Ethiopia.

Meanwhile, the Polish prime minister Mateusz Morawiecki never made it to the event as he also had to quarantine after coming into contact with someone with coronavirus.

Coronavirus is looming over Europe as many nations are suffering a surge in cases and deaths.

Many countries in Europe have announced strict new measures in an attempt to limit the impact of the fresh spike.

Social life has shut down across the continent, with France, Spain, Portugal, Germany and many other nations limiting interactions.

The new restrictions in come as Britain also faces new coronavirus rules, with a three-tiered system being introduced as winter begins. 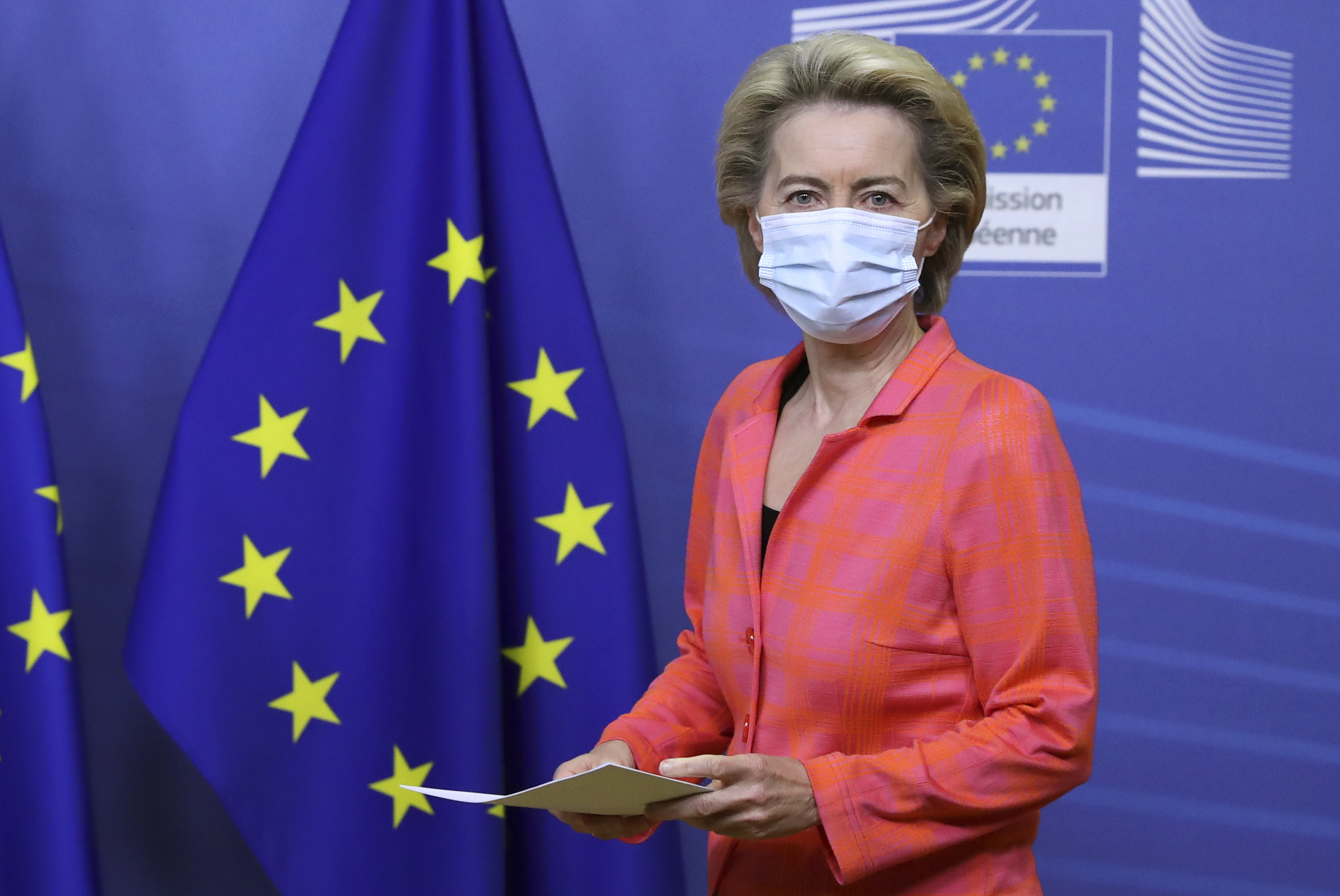 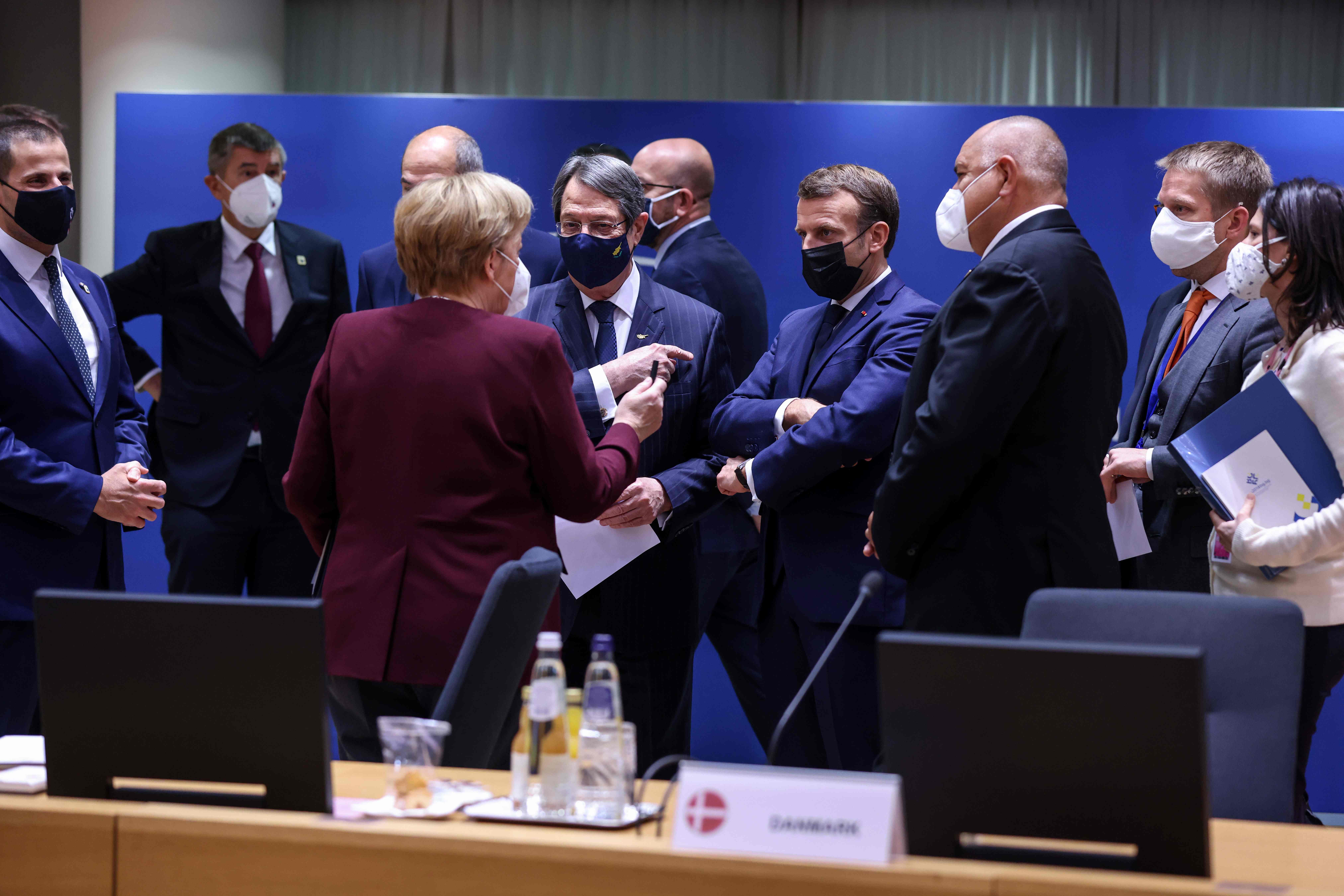 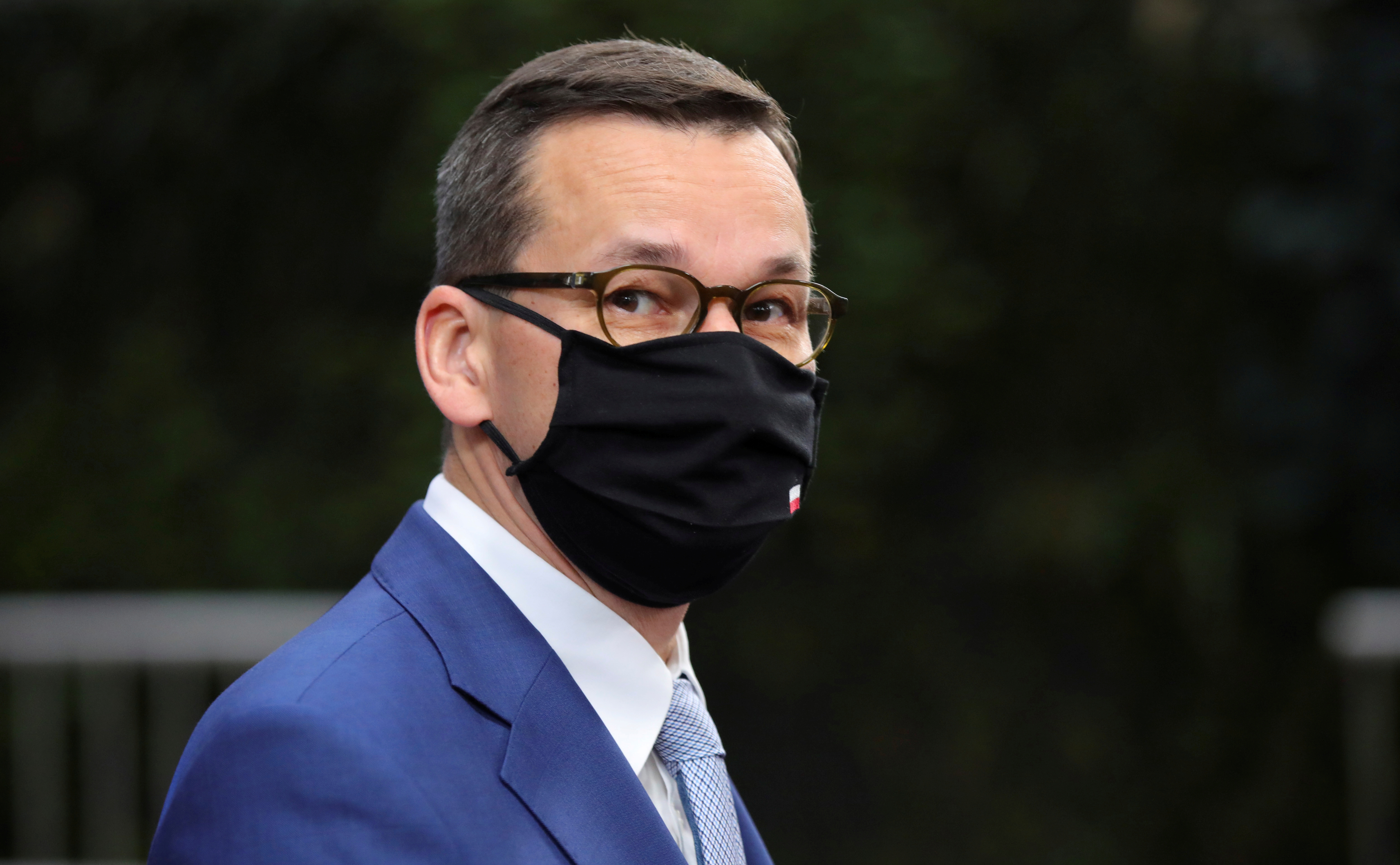 Von der Leyen tweeted today: "I have just been informed that a member of my front office has tested positive to COVID-19 this morning.

"I myself have tested negative. However as a precaution I am immediately leaving the European Council to go into self-isolation."

It is the second time in two weeks she has been forced into self-isolation.

The EU Summit being stalled due a coronavirus outbreak could slow down critical Brexit talks as the UK and Brussels continue to try and thrash out a deal.

The two biggest stumbling blocks are fishing rights in British waters and rules over state aid.

Boris Johnson vowed to walk away from Brexit talks if significant progress hadn't been made.

EU officials have insisted however that talks must continue to hash out the differences between bloc leaders and the UK.

They also warned they were "stepping up preparedness for no deal", with leaked documents revealed earlier that year the UK is getting ready for a perfect storm of a second wave and No-Deal Brexit. 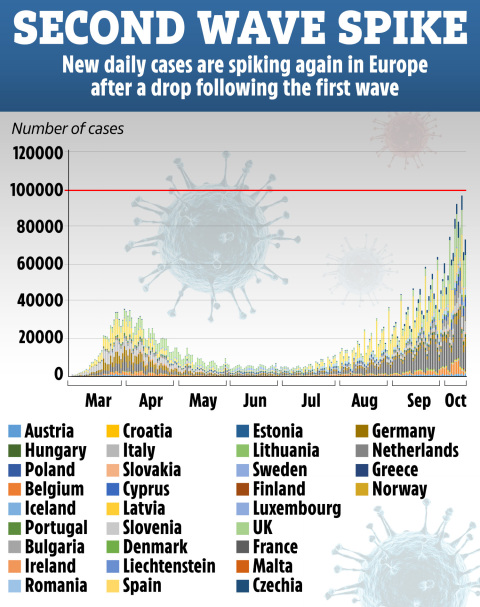 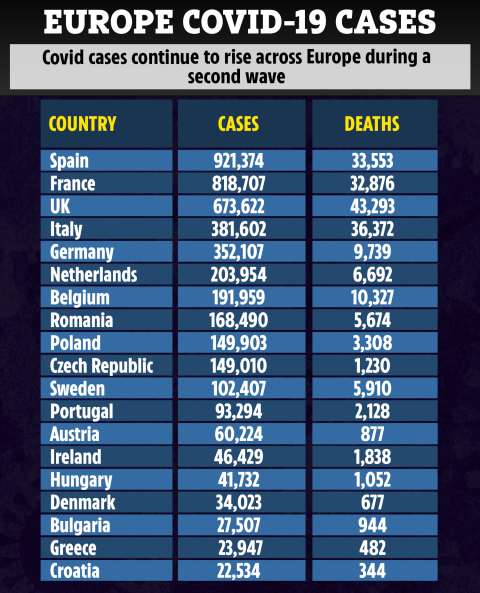 In the past 24 hours, the second wave of the virus has seen cases continue to spike in Europe.

Britain saw another 18,980 people were diagnosed with Covid-19 yesterday and 138 more people lost their lives to the virus in one of the deadliest days since June.

More than half of France's Covid-19 cases have come in the last month, with recent increased testing contributing to the rise.

Italy had another 83 deaths yesterday, almost doubling the number it had the day before on Wednesday. 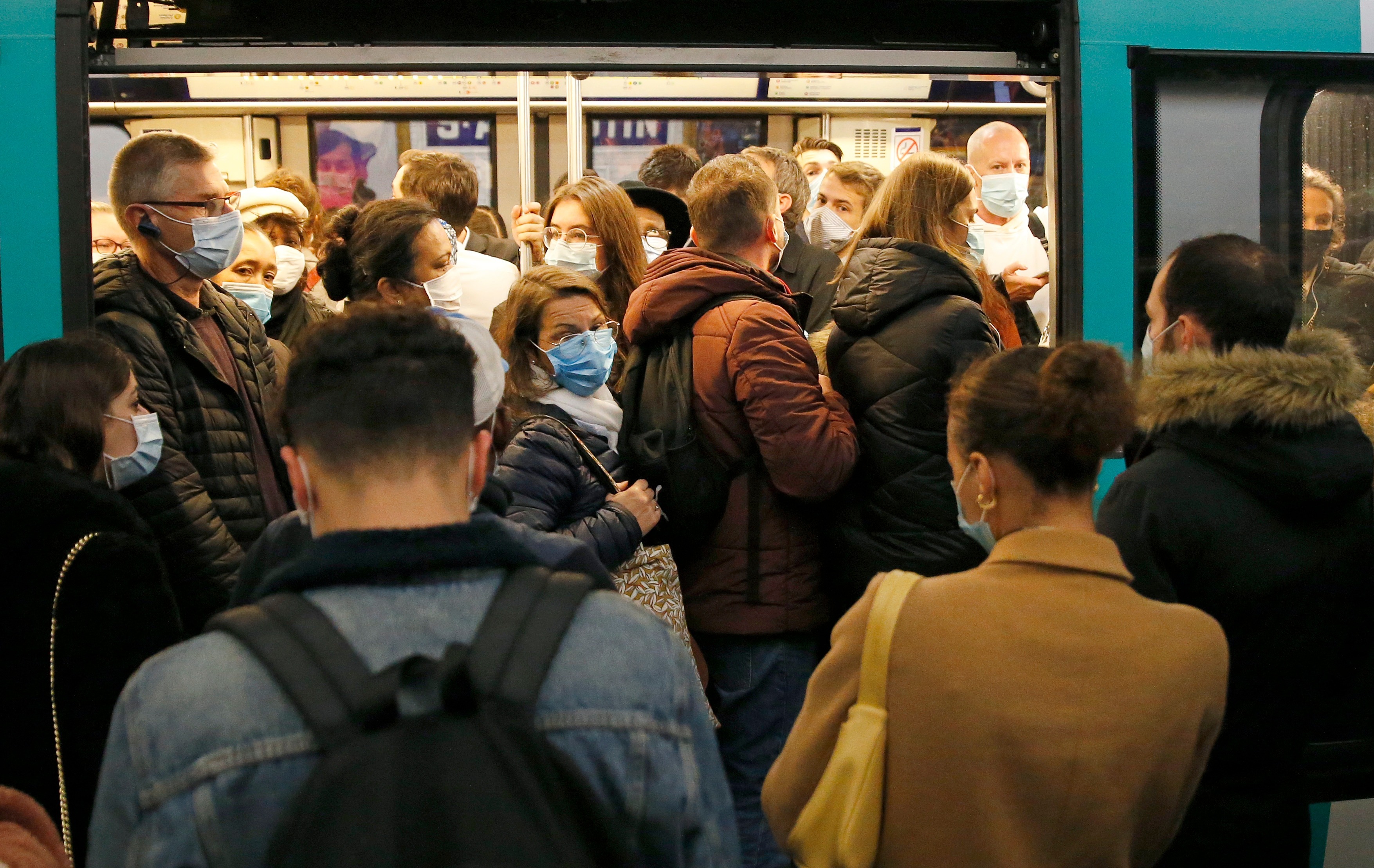 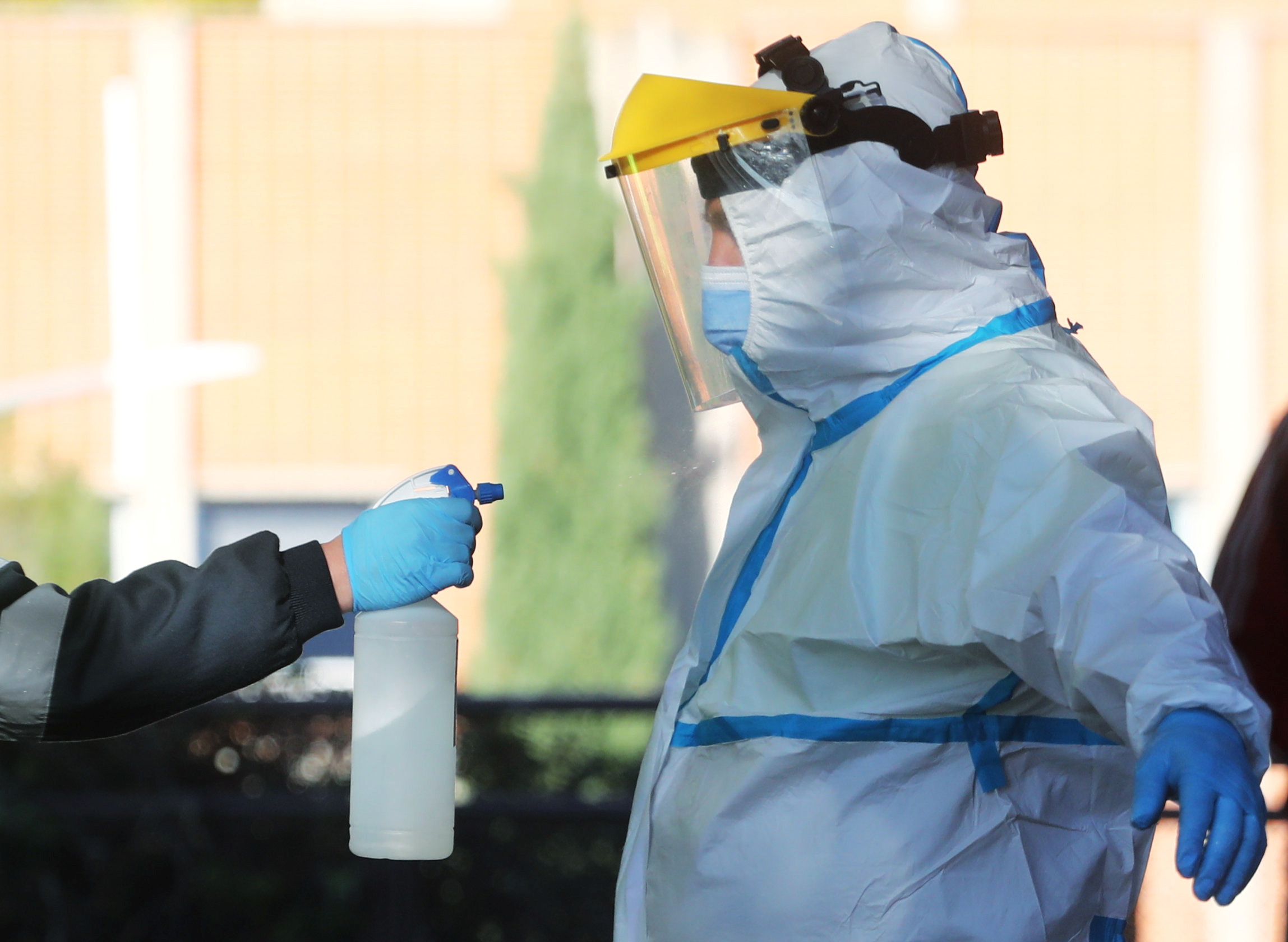 Scientists have issued a warning as the cold weather approaches, with the spread of the flu and people spending more time indoors may allow coronavirus to spread quickly once again.

Europe's surging figures saw EU cases overtaking the US for the first time since April at the start of October.

Britain has seen a stark North-South develop with the coroanvirus outbreak, with regional leaders pushing back against new restrictions.

London tonight will be upgraded to "Tier 2", meaning that households will now no longer be able to mix.

The World Health Organisation warned Europe is facing a "very serious situation" as new cases have doubled in more than half the countries in the EU.

However, health chiefs admitted the increase in cases is partly down to more comprehensive testing – but said it was still a "wake-up call".

Across the world, new daily global cases have also hit a record high, with 378,044 recorded on Saturday.

The increase is a five per cent rise from the previous record set the day before, according to the World Health Organisation.