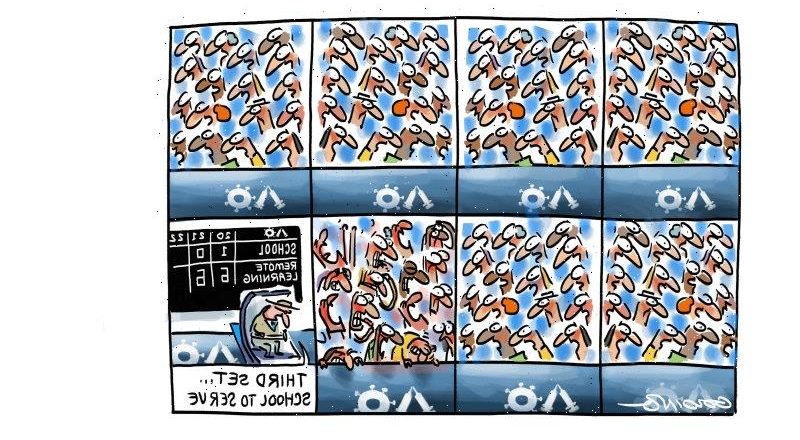 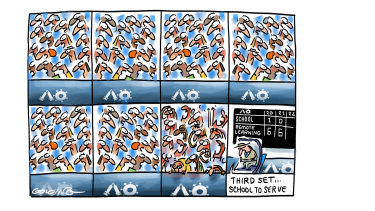 COVID, from my eyes
Professor Paul Komesaroff (″⁣The cost of letting it rip″⁣, The Sunday Age, 16/1) presents the clearest view of the pandemic. Appreciating that everyone has a different outlook of the pandemic, as an emergency physician my outlook for the past two years is behind a mask struggling to explain to people whose first language is not English what is happening to them, learning to use my eyes to communicate empathy behind foggy glasses and offering my gloved hand to show I care.
My reality is telling families that their loved ones have passed away but they cannot visit, hearing exhausted nurses agree to another double shift without complaint, and colleagues negotiating life to ensure they are well to come to work tomorrow. My reality is finding creative ways to accommodate another ambulance arriving at an already overflowing emergency department and a waiting room full of people who have waited four hours and will likely wait another four. My reality is the imprint of my N95 mask on my sunken cheeks.
If we have learnt anything, COVID is not about the individual as the impacts are felt like a tsunami much farther away. To those who claim we should ″⁣let it rip″⁣, I hope your illness is mild and your family, your friends and your community, similarly, are spared any suffering – though from my experience I fear this will not be the case for many among us.

It’s not tennis
How misplaced is the ″⁣siuu″⁣ cry, with its origins in soccer – and in the Spanish language – as a chant at an Australian Open tennis tournament. And how misplaced is the idea that tennis needs to become a mindless entertainment to match the short attention spans of minds atrophied by social media or fulfil the needs of unsporting local heroes when they lose to a better, more dedicated player.

Please, wear masks
The staff at the AO did their best one day last week to enforce the rule of mask wearing unless eating or drinking. Several groups of ″⁣young fans″⁣ constantly ignored the rule. Staff would tell them to put on their masks – as soon as the staff left they laughed and removed them, lowered them under their chin or they held a bottle of water and said they were drinking. Several of us felt our safety was being compromised and in the end the staff found other seats for us away from the offenders. Many in the area complained to the staff.
Maybe a better strategy might be – one warning, and then you are removed from the stadium. Why should those of us who are following the rules to be safe have to move to accommodate fans who had no intention of following the rules?

Awe, what’s it good for?
I am not the slightest bit interested in the tennis, but I find the awe and reverence afforded to tennis players while serving both comical and intriguing. The demand for silence as they prepare to serve is both theatrical and borders on religious, and not afforded, or expected of players in other sports.
Imagine the crowd being asked for silence as Ablett (or some lesser deity) is kicking for the winning grand final goal after the siren, or the crowd being hushed as Steve Smith faces up to the last over while on 99. If professional tennis players are so distractible that they can’t block out the crowd noise, for fear of double-faulting, perhaps they should take up billiards.

Pot, kettle, black
Warnings from the American, British and Australian governments about the potential invasion of Taiwan by the Chinese and the Ukraine by the Russians is bemusing when you consider that since WWII the major invasions have been done by the US, Britain and Australia, most notably Iraq, Afghanistan and, of course, Vietnam.

Public transport woes
It is obvious to me why people are shunning public transport (22/1). Very few passengers are wearing masks and most of those who are, have them under their nose or under their chin. I am triple vaccinated, but am still terrified of going back to work on the train at the end of January, despite wearing a KN mask fitted tightly. If fines were introduced and implemented, I am sure there would be a much higher patronage.

Incensed, aged 4
Further to recent letters on Wind in the Willows, some years ago my wife and I took our then young grandsons to a production in the Botanic Gardens. Second grandson Joe, aged 4, was so incensed at the rank injustice of Toad’s dispossession, that eluding our grasp, he ran onto the grassy area serving as a stage, and to their consternation began belabouring the actors dressed as weasels and stoats. I suggest that such experiences are the basis of development of a keen sense of social justice.

Open for business
Businesses have been complaining about lack of customers. People are wary of eating out and shopping unnecessarily. Experts tell us that fresh air and increased ventilation is critical to reducing virus transmission. It’s surprising then that so many businesses still keep their front doors closed, and have no signage to show what they are doing to make their environment safer for customers. Yes, it’s hot, but I suspect customers are more likely to enter a shop with doors open to let the air in, rather than closed up and filled with recycled air-conditioned air.

Gone, gone, gone
Heaven couldn’t wait any more. Thanks for the memories, Meat Loaf. Your music will live on.