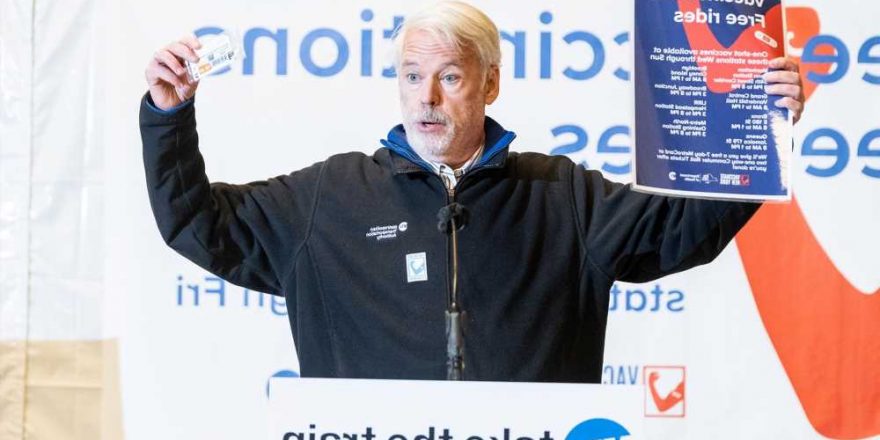 New York will continue to administer COVID-19 jabs at four MTA train stations — even though the pilot program has doled out fewer than 50 percent of what it could have.

Gov. Andrew Cuomo last week announced that the state would be offering the immunizations at eight transit hubs between May 12 and May 16 to try to encourage more people to get vaccinated amid flatlining numbers.

More than 4,635 doses had been administered between Wednesday and Saturday, the governor said in a statement Sunday. As of 1 p.m. Sunday, the total was just under 5,200, the MTA said.

Still, the state had said that up to 300 people, all walk-ins, could get shots at the eight stations, which involved six subway locations and one on the Long Island Rail Road and another on Metro-North.

That’s a total of up to 2,400 possible jabs a day — yet an MTA rep said that less than half that amount was actually administered daily.

Workers at one station were reduced to yelling, “Free vaccinations! No waiting!” to try to drum up lagging business Wednesday.

Over 75 percent of the shots administered through Saturday were given out at those four stations, Cuomo said.

“Bringing the COVID vaccine directly to the places where New Yorkers live and work has been a key component of our vaccination efforts, and it has been successful,” he said in his statement.

“Our partnership with the MTA has made it possible to reach those New Yorkers who commute and work along our busiest subway stops, and so we are going to keep four of these pop-up sites open to get more shots into people’s arms.”