Trouble brewing: Engaged couple issue historic tea room with a £20,000 writ after the venue cancelled their wedding reception during uncertainty over the coronavirus pandemic

They were hoping their wedding reception at an historic tea room would be a refined occasion without causing a stir.

But engaged couple Adrian Lewis, 72, and Philippa Elloway, 70, have now issued a writ for £20,000 after claiming the venue left them in hot water by cancelling the booking.

The writ was submitted this week to cover financial losses and emotional damage. 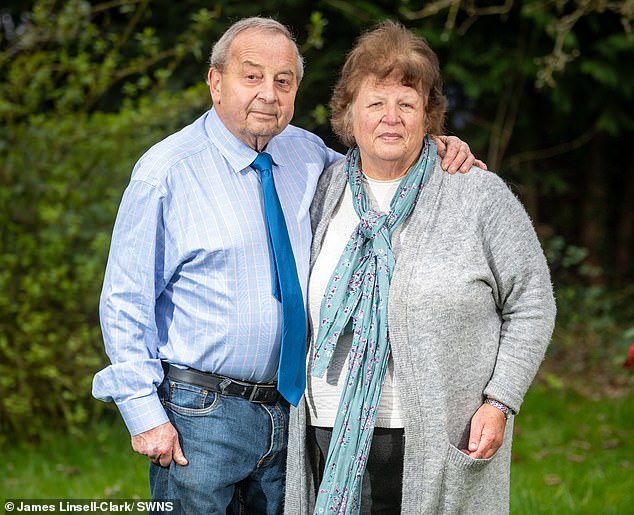 Adrian Lewis, 72, and Philippa Elloway, 70, have issued a writ for £20,000 after claiming the Orchard Tea Rooms in Grantchester, Cambridgeshire, left them in hot water by cancelling

Orchard Tea Rooms cancelled weeks before their wedding day on April 4 citing problems in their relationship so far and uncertainty over the venue staying open during the pandemic.

Charles Bunker, who owns the tea room in Grantchester, Cambridgeshire, said he had to tear up the contract and refund their money.

He alleged there had been constant attempts to ‘cut back the price’.

The couple, who have now shelved their wedding altogether, claimed ‘posh’ Mr Bunker told them they were ‘not culturally suited to working together’.

Mr Lewis said yesterday: ‘What he’s done is despicable. Philippa has been in floods of tears. I’ll never forgive him and I’ll make him pay.’ 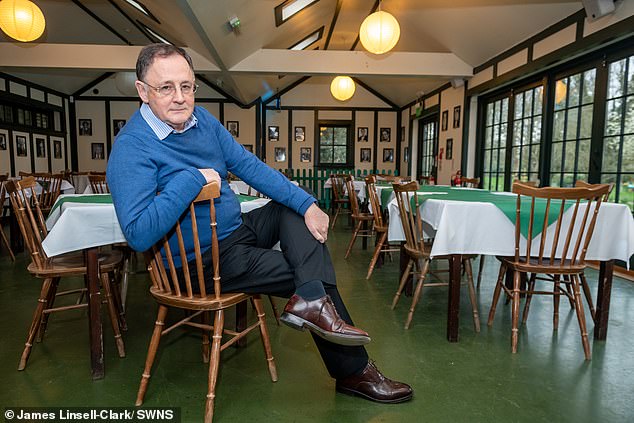 Charles Bunker, who owns the tea room said he had to tear up the contract and refund their money

But Mr Bunker called the legal action ‘absurd’ and said: ‘He has got the wrong guy this time.’

The couple, who are both divorced and have children, thought the tea rooms dating from 1897 would be the perfect place for their wedding reception.

Poet Rupert Brooke immortalised the rooms – where customers relax in deckchairs while sipping tea and enjoying sandwiches and cakes in the orchard – in his 1912 poem The Old Vicarage, Grantchester.

Mr Lewis and Miss Elloway, of Cambridge, paid £1,379 for a room and catering at the venue. But the relationship with Mr Bunker broke down in a series of emails this month. 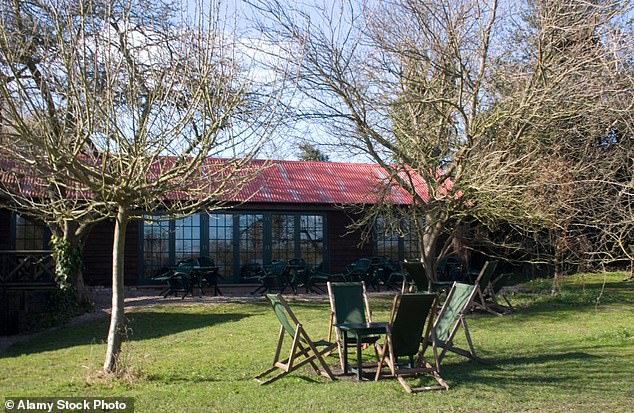 Mr Lewis wrote on March 11 to ask ‘how do we stand financially?’ if the reception was postponed by Covid-19.

In his response Mr Bunker sent a copy of his terms and conditions but reassured the couple he was ‘not expecting [the Government] to institute a complete ban’.

Mr Lewis wrote back to say the terms and conditions had not ‘answered my question’.

He signed off by saying he would send a copy of Tesco founder Sir John Cohen’s biography Stack It High Sell It Cheap including a ‘chapter covering customer care’.

Mr Bunker replied on March 13: ‘There have been many occasions during our interactions when I have wondered whether we were culturally suited to work together.’

Mr Lewis said: ‘He’s an absolute snob. It’s ruined what should have been the happiest day of our lives.’