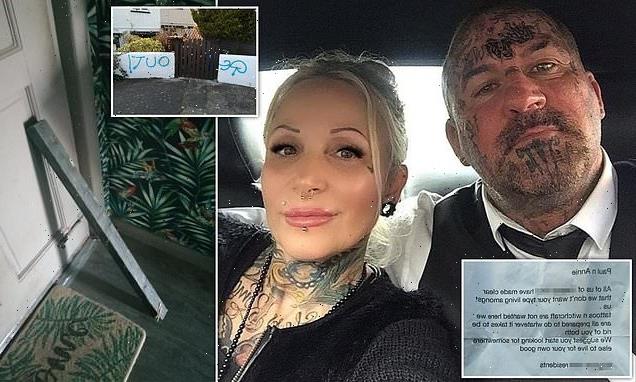 Two married tattoo artists claim to be the victims of a two-year hate campaign because of their full-body art.

Paul and Annie Riggs claim their car tyres have been let down, graffiti saying ‘Get Out’ was spray-painted on their front wall and that they were even sent a threatening letter demanding they leave.

The couple claim the trouble started two years ago with cars blocking their vehicle and their tyres being deflated at least 10 times.

They believe they are being targeted by a small number of people in Chatham, Kent, because of their appearance. 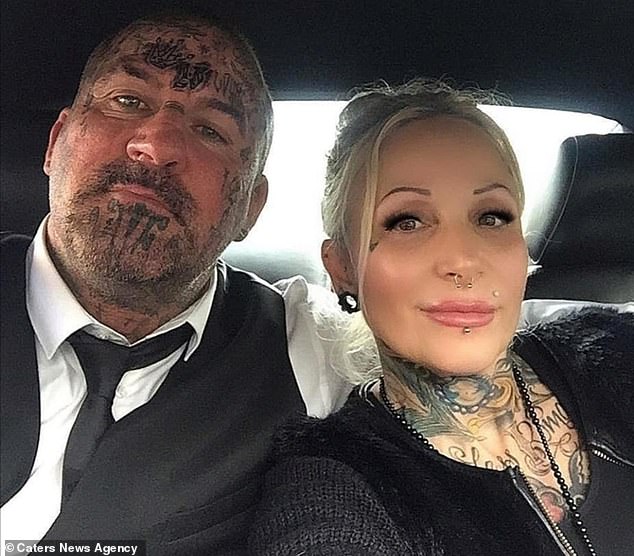 Paul, 49, said he and his partner of seven years, Annie, are inked ‘head-to-toe’ which seems to have offended some in the area.

Italian-born Annie is also a pagan and practises a form of ‘witchcraft’ as well as being a member of Euro punk band Antonella Klasse Kriminale.

The couple, who first moved into the property in 2006 and own Kult Klassic Tattoo Studio are desperate for the campaign to end.

Mr Riggs said: ‘From there it’s really escalated. I’ve had people shouting in the street at 3am ‘I will drive you out’ and calling me ‘baldy’. It’s a hate campaign.’ 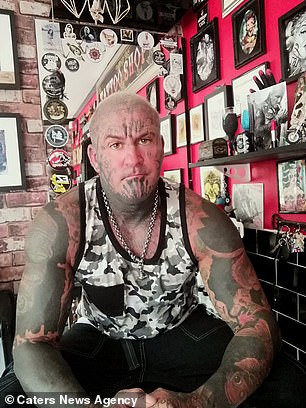 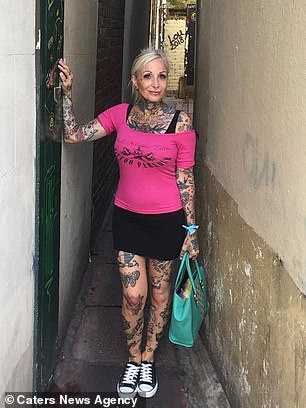 The couple claim their car tyres have been let down, graffiti saying ‘Get Out’ was spray-painted on their front wall and that they were even sent a threatening letter demanding they leave

He added they are just hard-working people trying to get on with their lives, bringing up their 12-year-old son, who has also suffered during the hate campaign as he has from Crohn’s disease.

The couple are now torn abut what to do next – Paul suggesting the family could leave while Annie wants to defy the bullies and fight to stay in the home they have built for 15 years.

Their tattoo studio Kult Klassic Tattoo Studio is no stranger to famous faces, with visitors including David Labrava from the TV series Sons of Anarchy.

Some 15 years ago, Paul also worked on the late singer Amy Winehouse, but in a different business. 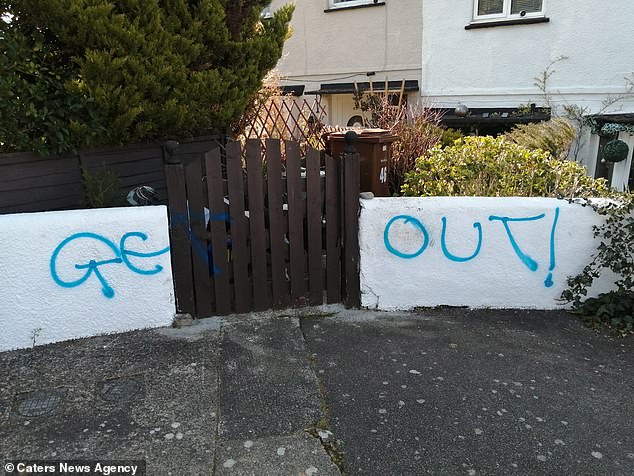 One of the claims made by the couple is that locals spray-painted the words ‘get out!’ on the front wall of their property 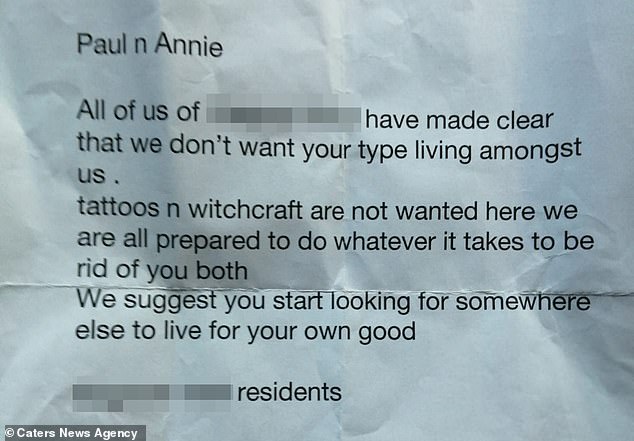 As well as her tattooing and punk music – which is influenced by The Clash and Sham 69 – Annie is also a pagan.

In her bedroom, she has an altar with candles and statues where she worships the Mexican saint of death.

Although she is also a psychic tarot card reader, she did not see the trouble coming because she can only ‘read’ other people.

The 52-year-old added: ‘I can’t do myself, but I do lots of readings for people from all over, like America. 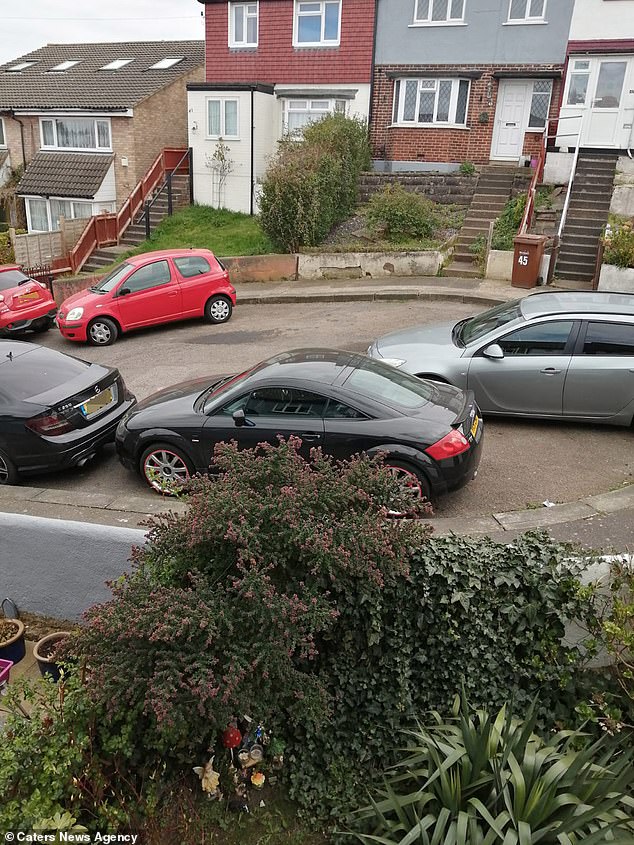 ‘I can sense things in other people. To get their loved ones coming through is very rewarding.’

Growing up in northern Italy, Annie said her mother and aunt were psychics – a gift she says she has inherited.

Paul said Kent Police have been very sympathetic to their plight, but it’s hard for them ‘without catching people in the act’.

Last week’s letter, which said they should leave ‘for their own good’, has really affected their son. 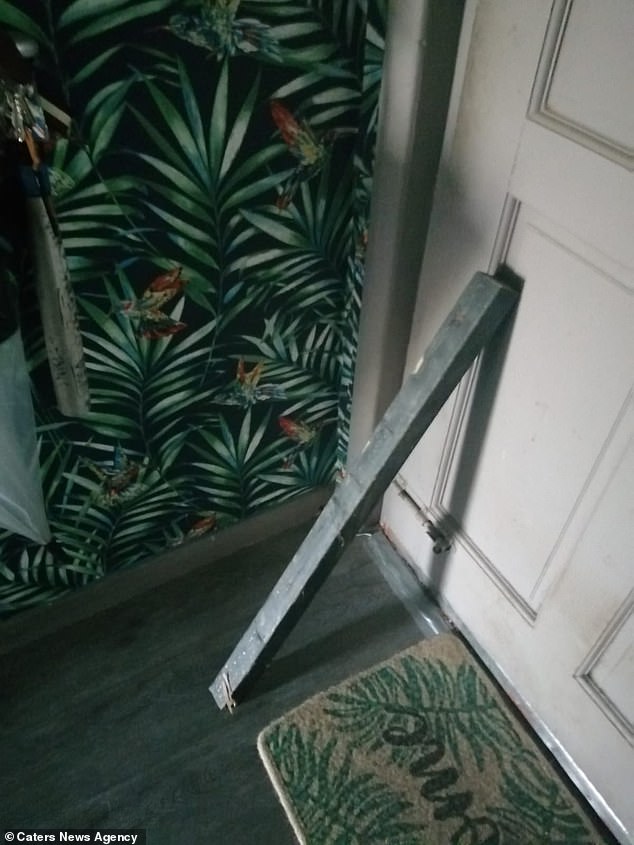 ‘He was very upset with it and seeing the graffiti’, Paul added.

To try and make the youngster feel better, he has strategically placed items such as watering cans around the property in the hope a would-be intruder would knock them over and alert the family to their presence.

Paul said: ‘Where will it end? We just want to get on with our lives.’

James Walker, a spokesman for Kent Police confirmed officers were looking into the most recent incidents. 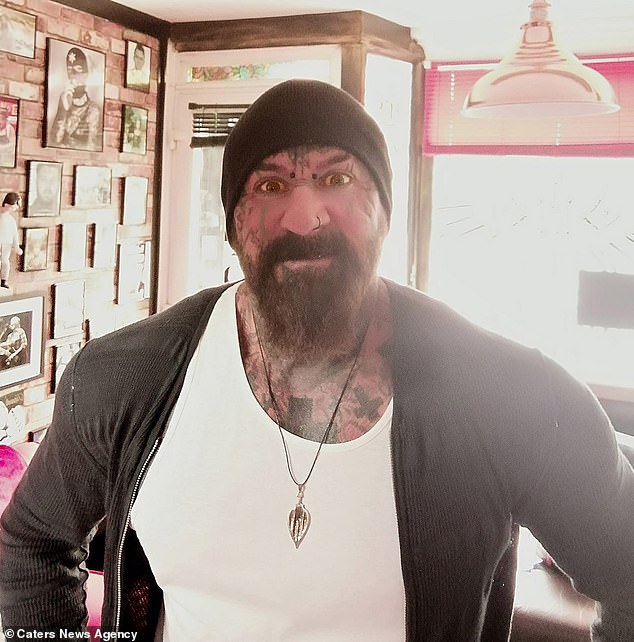 He said: ‘We’re investigating a report criminal damage was caused to a property at around 3.10pm on Tuesday.

‘A threatening letter is also reported to have been sent to the same address. Inquiries remain ongoing and anyone with information can contact police.’