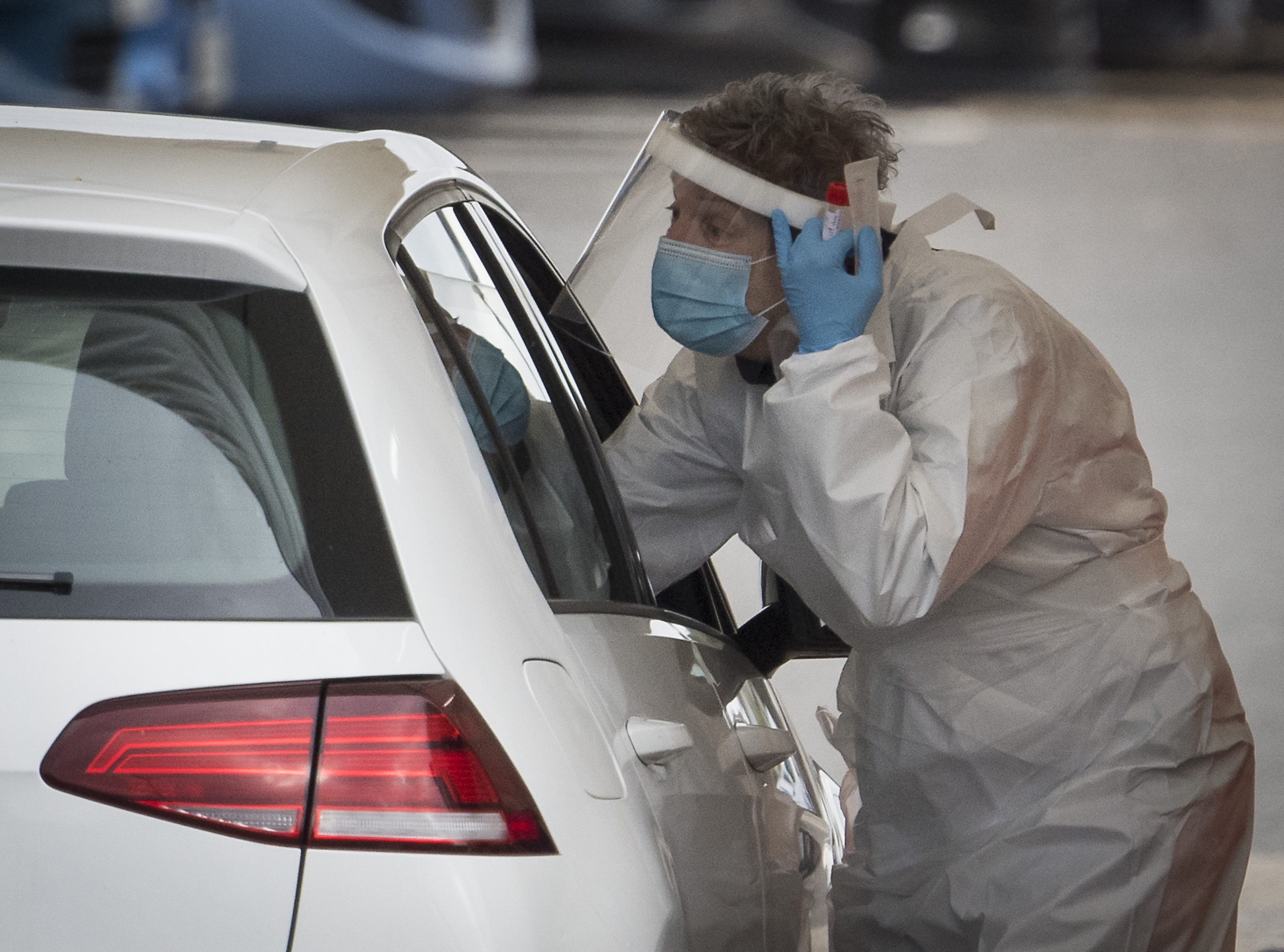 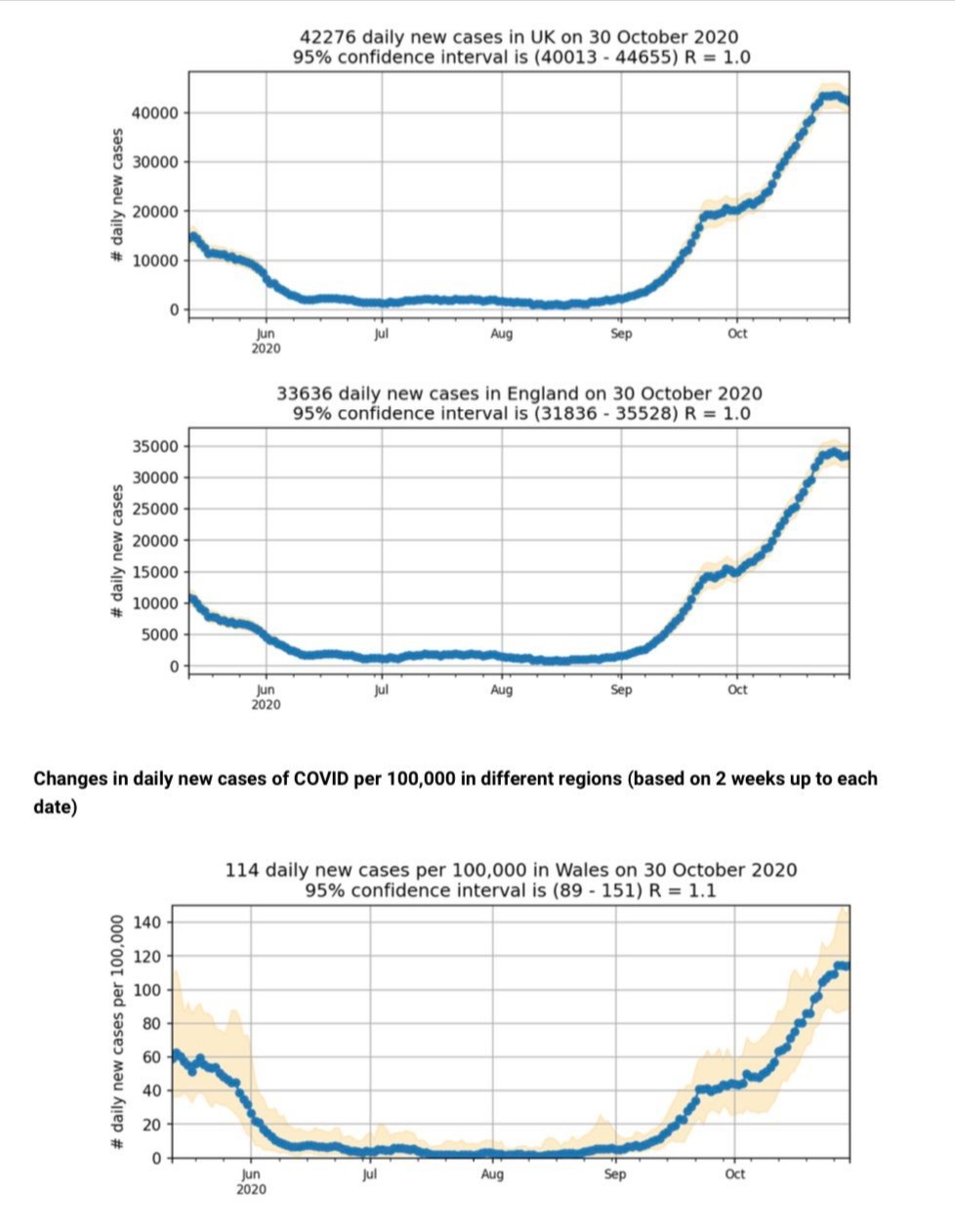 It also suggests the R value – which is the number of people an infected person will spread the disease to – has dropped down to 1 for the whole country.

The data goes against the Government's official R rate for the UK which was estimated to be between 1.1 and 1.3 on Friday.

Professor Tim Spector, who runs the study, said on Twitter today: “More good news as the Zoe CSS app survey continues to show a plateauing and slight fall in new cases in England, Wales and Scotland with an R of 1.0.”

If the number is above 1, the epidemic is growing – and the higher the figure the faster it grows.

But below 1 means it is shrinking and the crisis is stable.

The latest figures from the Covid app would suggest the current three tier system is working to drive down infections in localised hotspots.

On Saturday, Boris Johnson the country will go back under strict measures for four weeks after local restrictions failed to sufficiently reduce infections.

However, data from the app shows that cases in the North of England and the Midlands stopped increasing four days age.

There is still some small rises in the South of England, but from a lower base.

Meanwhile, cases in Liverpool have fallen dramatically since the city was placed into Tier 3 last month.

Professor Carl Heneghan, director of the Centre for Evidence-Based Medicine today said that cases are now "shifting in a way they weren't three weeks ago".

His comments come after government scientists claimed that there would be more than 4,000 deaths a day by December, caused by the coronavirus, if the spread was not curbed.

The projections were based on research conducted three weeks ago by Cambridge University.

Experts have questioned why the work is still being used to make decisions when the university has published more recent research, whose estimated death tolls are considerably lower.

They also point out that the original research suggested the daily death toll would by now be around 1,000 day.