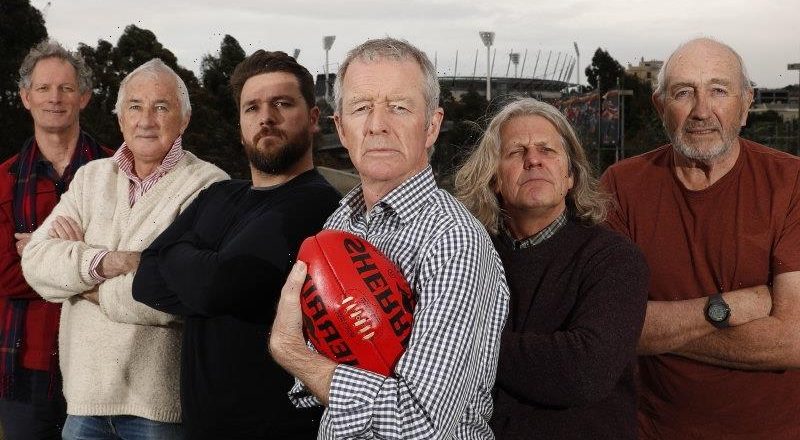 The Coodabeen Champions – who have brought footy, fun, laughter and song into the lives of Victorians on Saturday mornings for a generation – have ended their long-running association with ABC Radio.

The broadcasting team of Jeff Richardson, Ian Cover, Greg Champion, Simon Whelan, Billy Baxter, Andy Bellairs and “Torch” McGee have stunned their loyal audience by taking their football-themed show to Friday afternoons on Melbourne’s commercial station 3MP next year. The program will also be syndicated throughout regional Victoria on the ACE Radio network. 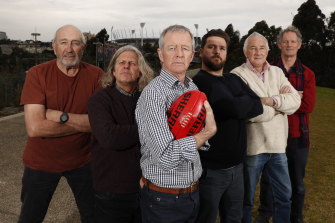 The “Coodas” have built a cult following over 40 years since they first aired on community radio station 3RRR in 1981, through weekly football ditties written and performed by Champion and their legendary “talkback” callers Peter from Peterborough, Stan the Statistician from Stradbroke Island, Nige from North Fitzroy and Pearl from the Peninsula, among others.

Despite regularly winning their 10am-noon Saturday ratings time slot, like ageing footballers the team had been offered only a series of one-year contracts for the past decade. They had recently started another commissioning process with ABC Melbourne management when they decided to explore other options.

Their departure coincides with a push within the ABC to ensure more diverse faces, voices, cultures and stories are reflected and represented on the airwaves, which has resulted in a major shake-up of presenting roles across television and radio.

“It has been a privilege to broadcast on the ABC over 27 years in two stints,” Cover told The Age on Sunday.

“ACE offers the best of both worlds – 3MP is a growing Melbourne radio brand, they have strong heritage in communities throughout regional Victoria and a suite of platforms which allow us to connect with listeners everywhere.”

He said the decision to leave “Aunty” and join ACE Radio for the 4pm-6pm Friday time slot was theirs alone, and the team was excited about new opportunities and regaining Saturday mornings after 41 winters on air.

Cover, a former state Liberal MP and journalist, said the team was “very mindful” in weighing up their options of being able to reach as many listeners as possible, which ABC Victoria had allowed them to do. He said they would continue to take the show on the road and broadcast from regional communities.

In a statement, ABC Melbourne said: “Following the end of this year’s AFL season the Coodabeens advised the ABC that they had decided not to return to us for next year. They’ve been a much-loved institution with our audiences for many years and we wish them well.” 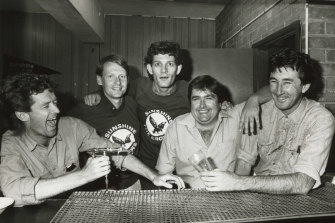 The team joined the national broadcaster, then known as 3L0, in 1988 before shifting to 3AW for seven years and returning to the ABC in 2003. In the same year, they were inducted into the MCG’s media hall of fame.

During their five decades on air, the Coodabeens have also forged a reputation as authors, podcasters and live performers, including twice appearing as part of the grand final pre-game entertainment on the last Saturday in September.

Mark Taylor, the general manager of 3MP and chief executive of ACE Radio, said the Coodabeens’ brand and humour would be a great fit for the station.

“The Coodabeens are a household name, not only in Melbourne but right across the state,” he said.

One of Champion’s original songs, That’s The Thing About Football, became a footy anthem when Channel Seven used it as the opening theme for its Friday-night match coverage during the 1990s and has been performed as a crowd singalong at their live grand final shows outside the MCG since.

Whelan, a co-founder along with Richardson, returned to the program last winter after a decade-long hiatus while serving as a judge of the Supreme Court of Victoria, bringing talkback callers Timmy from Thomastown, Digger and Massive Merv from Moorabbin with him.

Long-serving 3AW football commentator Tony Leonard was part of the team for more than 10 years but remained at the top-rating station when the Coodas returned to the ABC in 2003.

Richardson revealed during 40th-anniversary celebrations last year that the ABC switchboard had lit up with disgruntled listeners after their first show on ABC Melbourne in 1988.

“We didn’t realise this at the time – Clarke Hansen [ABC executive producer of sport and broadcaster], who got us across, protected us from it – but there were 300 complaints,” he said.

“And there were complaints coming internally as well. One member of the sport team went into Clarke’s office and said, ‘Get these blokes off air!’ ”