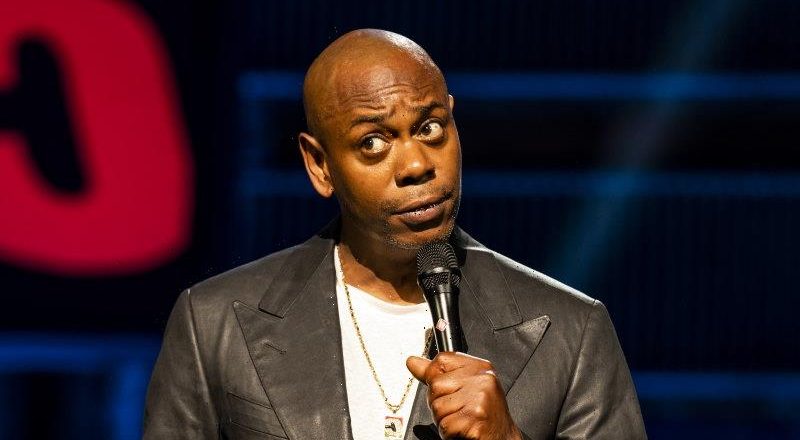 Comedian Dave Chappelle was attacked on Tuesday night by a man who rushed on stage while the comedian was performing at a Los Angeles venue, police have confirmed.

A Los Angeles Police Department spokesman said officers responded to the incident at the Hollywood Bowl about 10.45pm. The man, who was carrying a replica gun, was taken to a nearby hospital to be evaluated for injuries. Chappelle was not seriously harmed, police said. 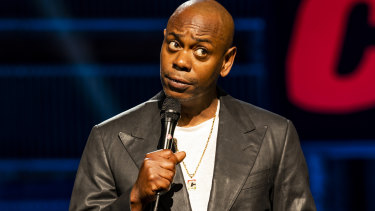 Dave Chappelle was attacked on stage during a show in Los Angeles.Credit:Mathieu Bitton / Netflix

The LAPD spokesman said the incident was being investigated and that the man was in police custody.

Organisers of the show, part of the Netflix Is A Joke festival, strictly prohibited attendees from using their phones. Still, clips of the incident – which showed Chappelle, microphone in hand, being tackled – quickly went viral.

After the man rushed on the stage towards the show’s end, Chappelle’s security team of “at least 10 people” began punching and kicking the alleged attacker, according to BuzzFeed News reporter Brianna Sacks, who was at the show.

“Sheer chaos,” Sacks wrote on Twitter. “Then Jamie [Foxx] comes out in a cowboy hat, looking absolutely shocked, and [Chappelle] makes a joke about stomping the guy, who is still getting beat up.”

LAPD cruisers were behind the stage while rappers Talib Kweli and Mos Def performed, she added.

Once the performance ended, the show-goers – once again in possession of their phones – poured out of the Hollywood Bowl to find officers loading the attacker, “who looked to be strapped in a jacket in a chair, into an ambulance”, Sacks wrote. Videos of the moment shared on social media appear to show the man with a visibly injured arm.

Representatives for Chappelle and Netflix did not immediately respond to requests for comment.

It’s not immediately clear what led the man to tackle Chappelle. Before the commotion, Chappelle “had literally just said he now has more security because of all the uproar from his jokes about the Trans [sic] community”, Sacks wrote.

In his Netflix special The Closer, Chappelle quipped that he was on “team TERF” – an acronym for trans-exclusionary radical feminist – and also defended Harry Potter author J.K. Rowling, who had been criticised for making comments about trans women.

The jokes gave rise to calls for Netflix to stop streaming the show. After the company refused – defending Chappelle as “one of the most popular stand-up comedians today” and citing “creative freedom” in an internal memo – a slew of trans and nonbinary employees protested in October by walking out of the Los Angeles Netflix campus.

Minutes after being tussled, a seemingly unharmed Chappelle once again appeared on stage where he was later joined by Chris Rock – who was infamously slapped by Will Smith during the Academy Awards in March.

“What was also wild was that Chris Rock performed at the #NetflixIsAJoke [Chappelle] show (he was fantastic) and joked about what happened to him,” Sacks wrote.