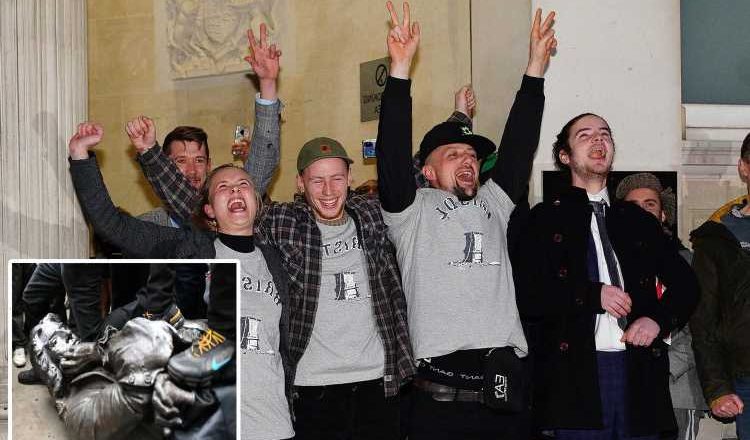 FOUR people have been cleared of criminal damage after statue of Bristol slave trader Edward Colston was toppled in the BLM protests.

The controversial monument was ripped from its plinth using rope as crowds cheered during the protest in June last year. 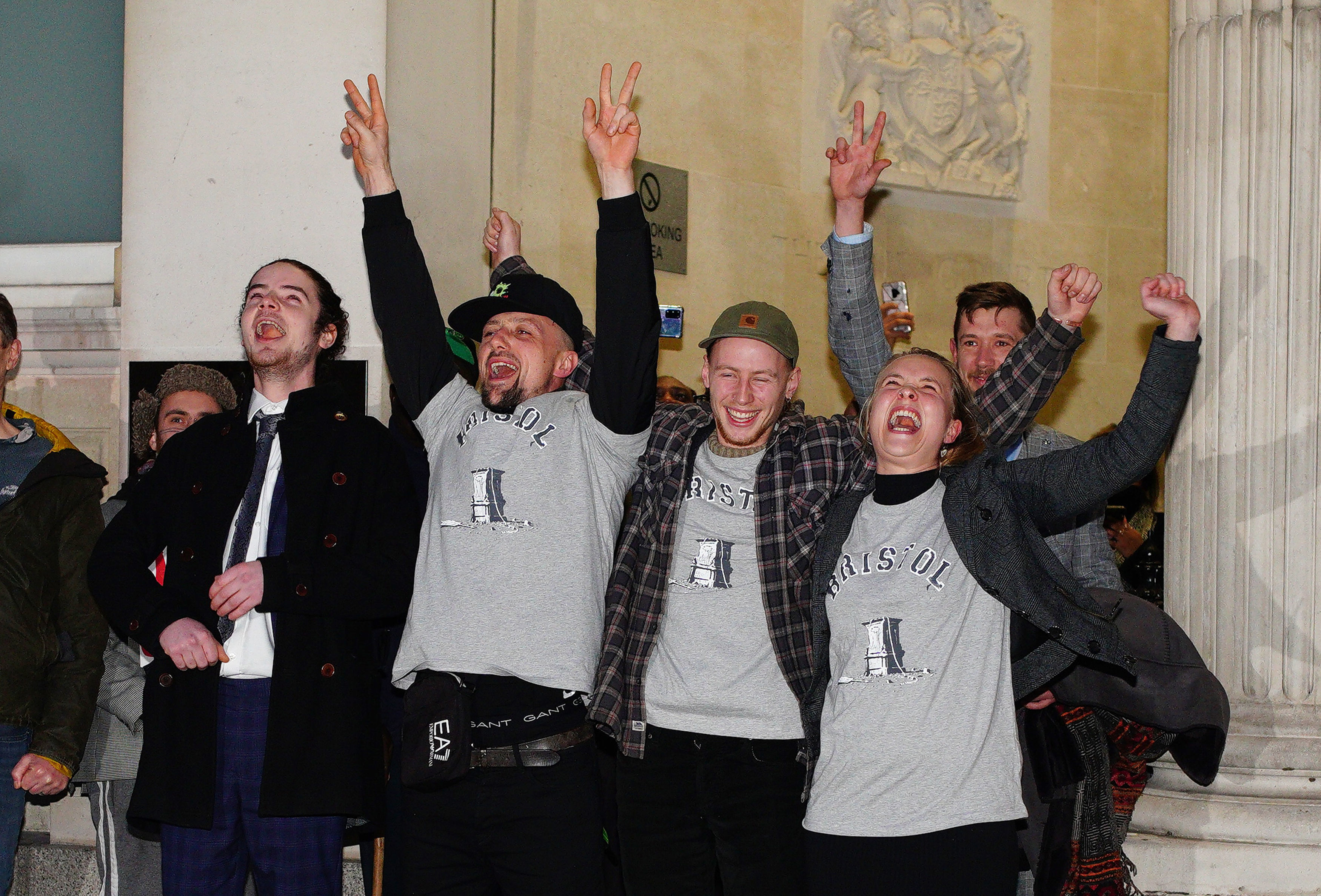 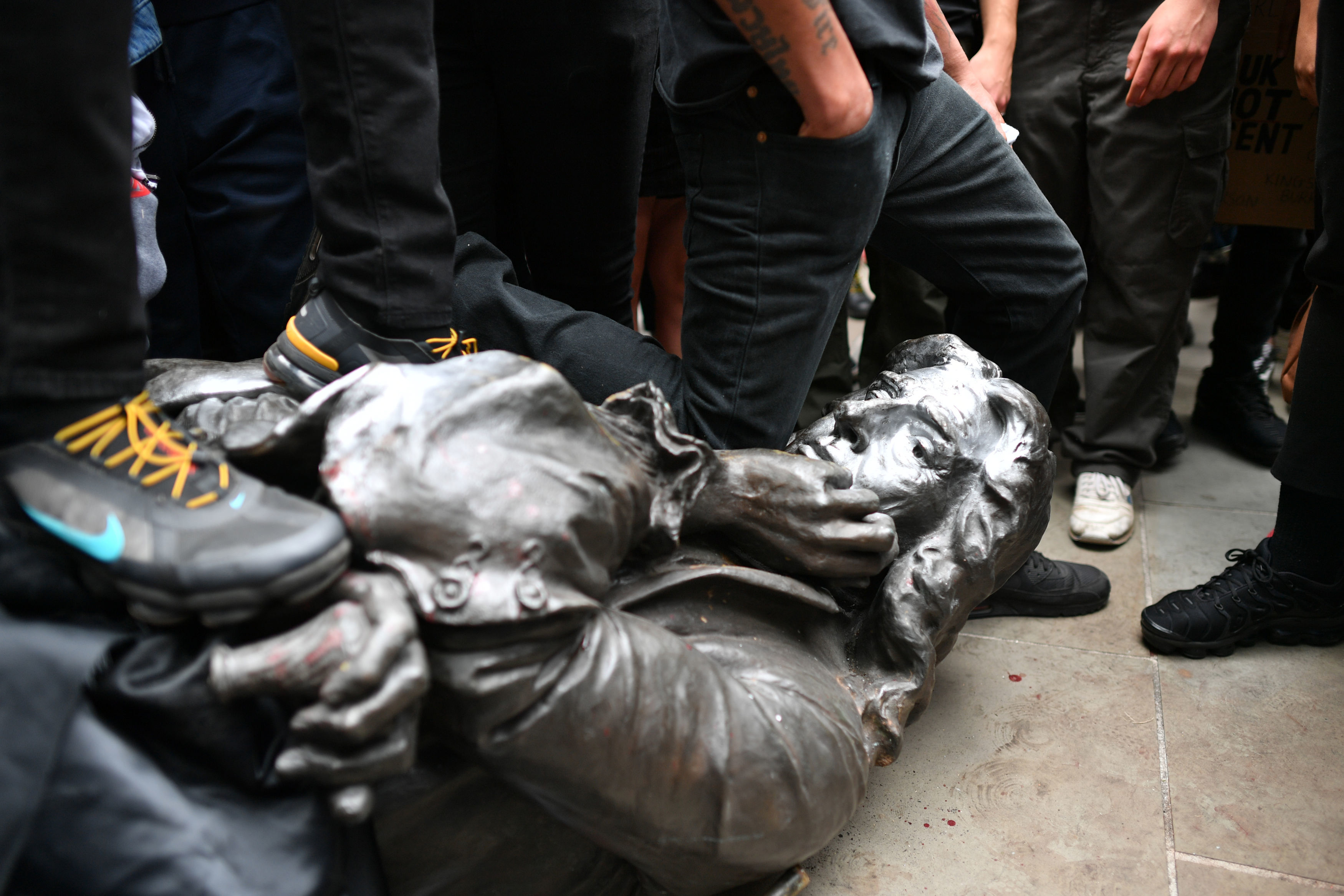 But outraged campaigners have slammed the decision to acquit Rhian Graham, 30, Milo Ponsford, 26, Sage Willoughby, 22, and Jake Skuse, 33 – arguing the non-guilty verdict could set a precedent for further "political vandalism".

Hitting out at the verdict on Twitter, Conservative commentator Darren Grimes said: "I cannot believe this news about those who toppled the statue of Edward Colston being found not guilty of criminal damage.

"Are we really now a country that says you can destroy public property as long as you're doing it for a purportedly noble political cause?".

Critics also blasted the prosecution's argument that the case was about the rule of law and not politics.

During the incident last summer, protesters could be seen jumping up and down on the toppled statue as it came crashing to the ground.

It was then spray-painted red and rolled into the river.

Rhian Graham, 30, Milo Ponsford, 26, and Sage Willoughby, 22, were captured on CCTV passing ropes around the statue that were used to topple it.

Jake Skuse, 33, was accused of orchestrating a plan to throw it in the harbour.

The protesters – dubbed the "Colston Four" – were cleared of criminal damage today among cheers in Bristol Crown Court.

Avon and Somerset Police launched an investigation after £3,750 worth of damage was caused.

Slave ships owned by Colston in the 17th Century transported tens of thousands of people from Africa to the Americas.

Activists had gathered in Bristol as part of a largely peaceful worldwide Black Lives Matter protest against the death of George Floyd in the US.

Who was Edward Colston?

COLSTON was a merchant in the Royal African Company – the most prominent firm in the England in the West African slave trade.

During his time at the company, it is believed to have transported around 84,000 African men women and children as slaves.

Colston was a philanthropist in his native Bristol and a number of charitable foundations still bear his name in the city.

The bronze memorial to Colston had been in the city's centre since 1895.

The bronze figure of slave trader Colston had been in the city centre since 1895.

But the authorities had come under mounting pressure to remove it – with a petition to get rid of it garnering more than 11,000 signatures.

All four defendants admitted their involvement but denied their actions were criminal.

They instead claimed the statue itself had been a hate crime against the people of Bristol.

The protesters chose to be part of a crown court trial at an estimated cost to the taxpayer of £80,000.

Speaking after the verdict, Raj Chada, Head of Criminal Defence at Hodge Jones & Allen said: “The truth is that the defendants should never have been prosecuted.

"It is shameful that Bristol City Council did not take down the statue of slaver Edward Colston that had caused such offence to people in Bristol and equally shameful that they then supported the prosecution of these defendants." 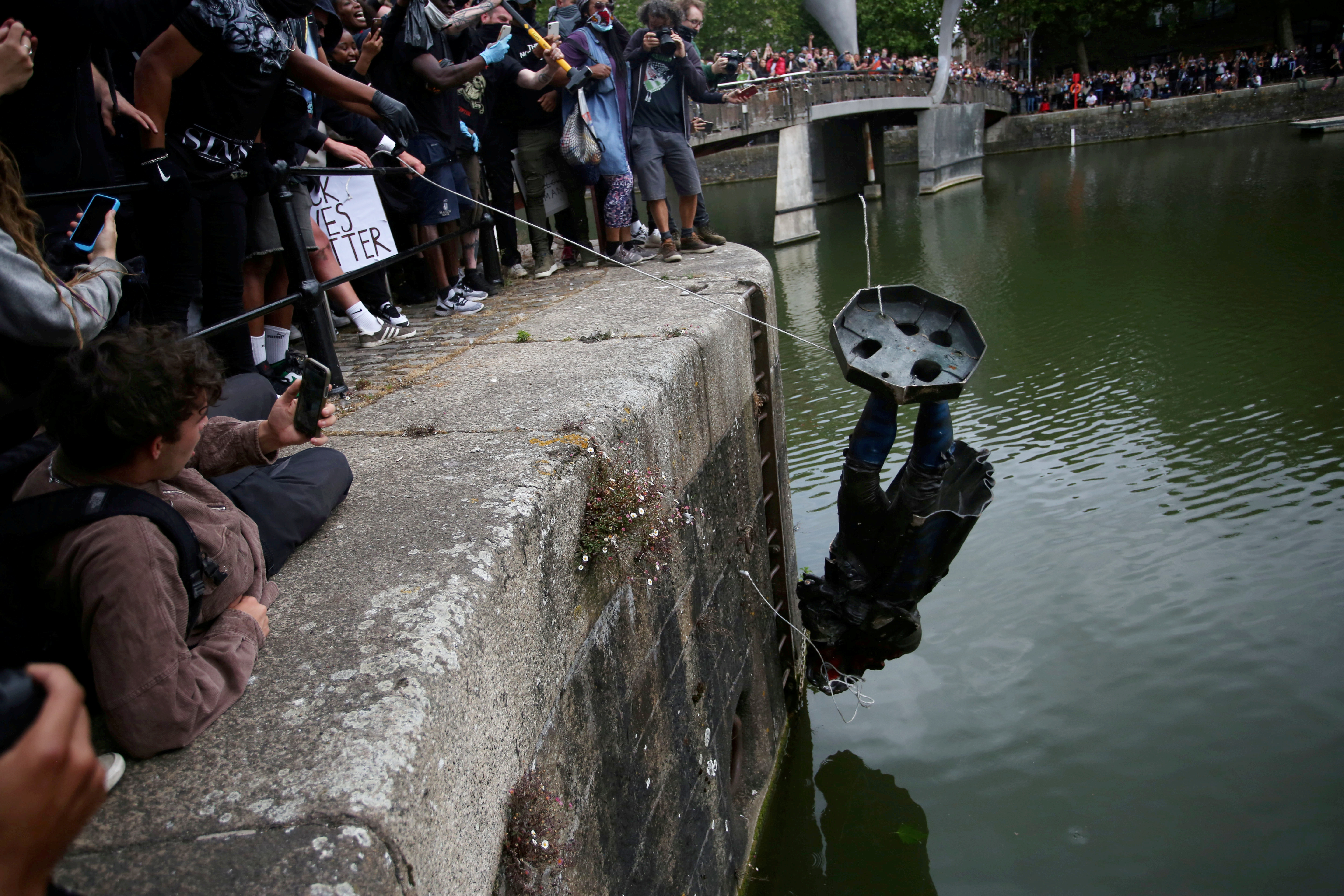 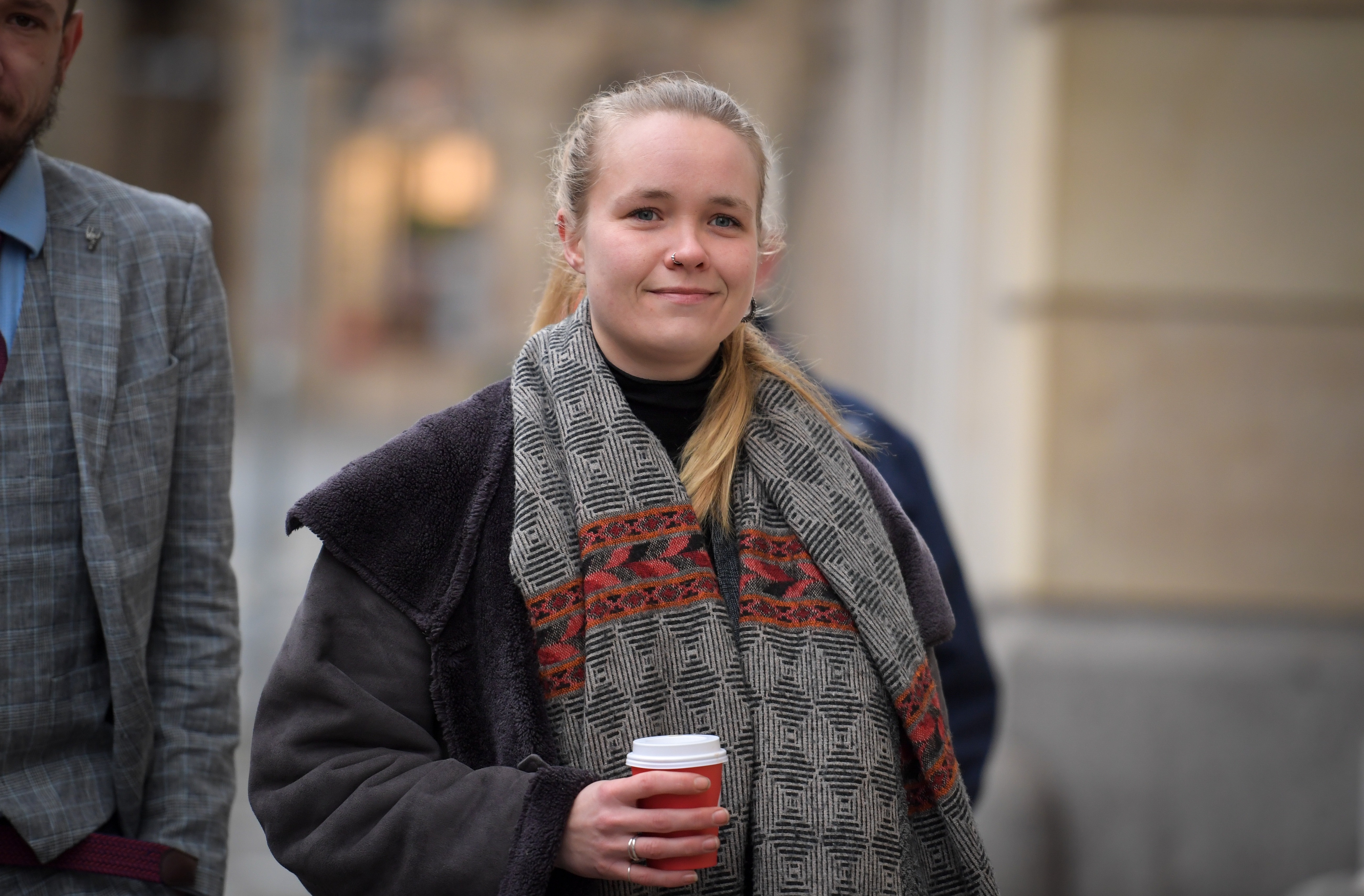 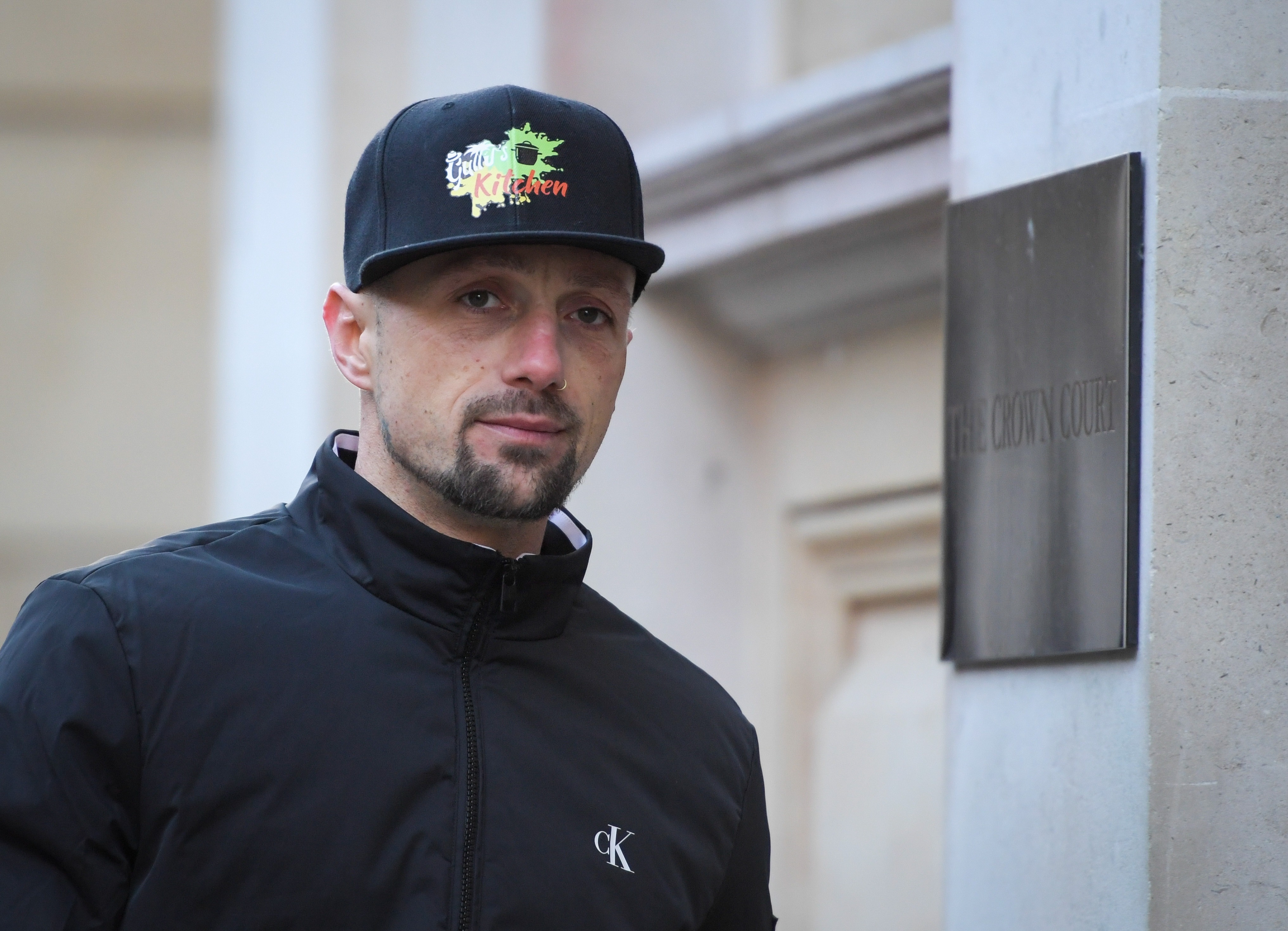 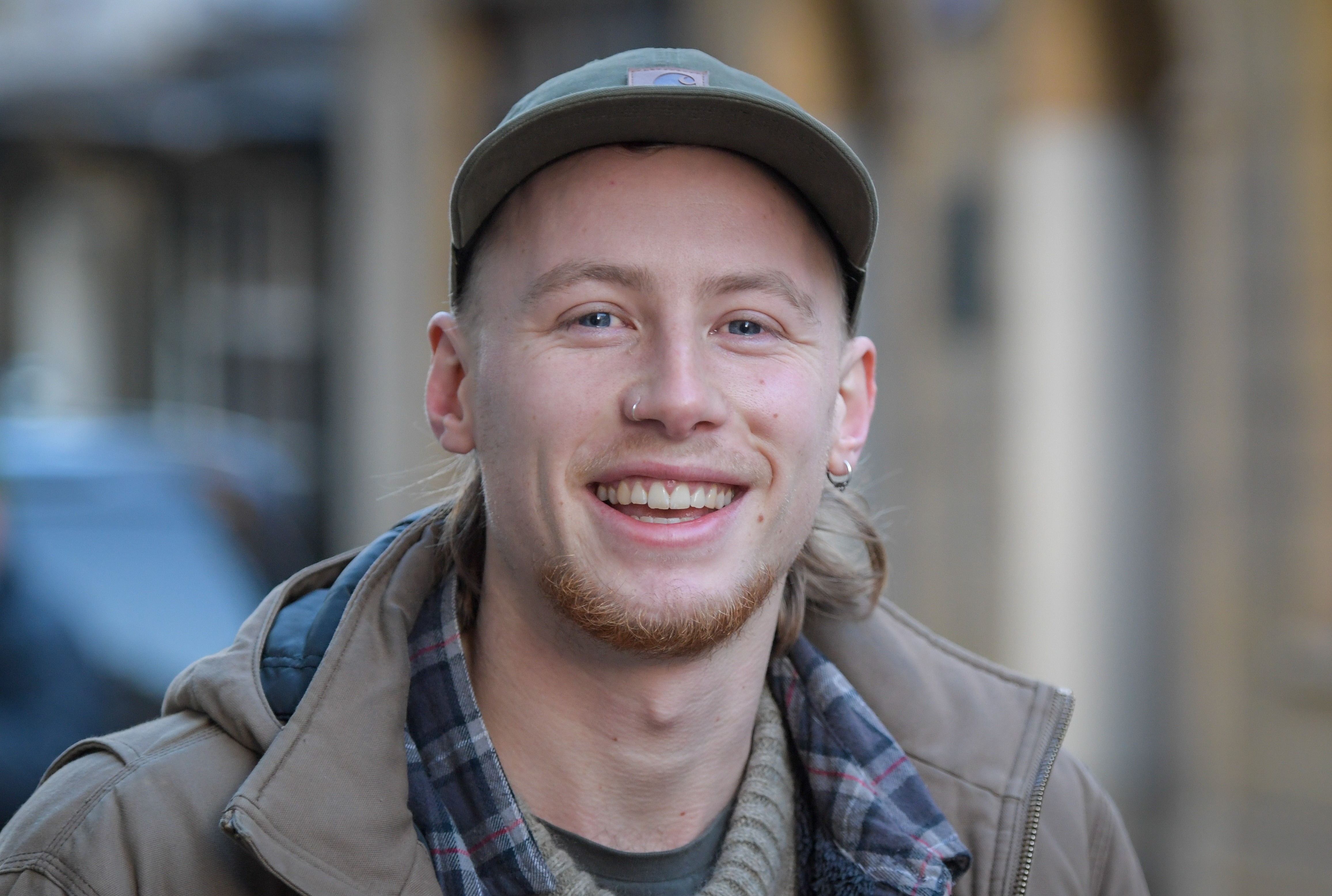 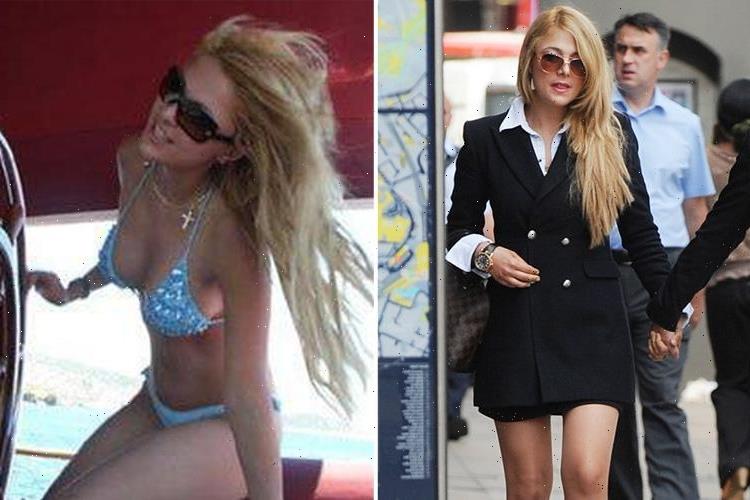