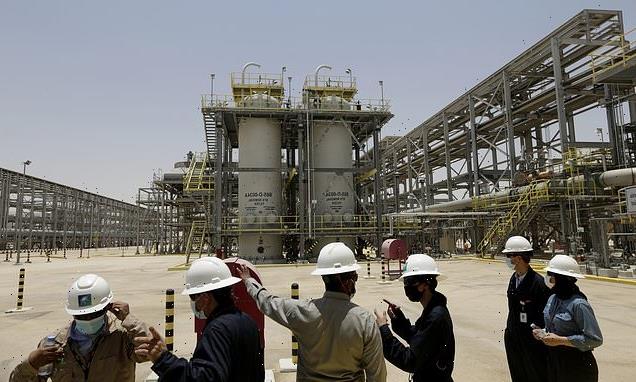 More hot air from China and the Saudis: Countries’ COP26 negotiators are accused of blocking efforts to reach climate change deal by refusing to be transparent about their emissions

China and Saudi Arabia have been accused of blocking efforts to make progress on a deal at the Cop26 conference by refusing to agree that they must be transparent about their greenhouse gas emissions.

Negotiators at the Climate Change conference said the countries had opposed proposals to require countries to report their emissions amid concerns that some nations hide the extent of their output.

Saudi Arabian negotiators have also been accused of trying to block the ‘cover decision’ – a final statement from Cop26 that could include a commitment to accelerate action to limit global warming to 1.5C to avoid the worst impacts of rising temperatures. 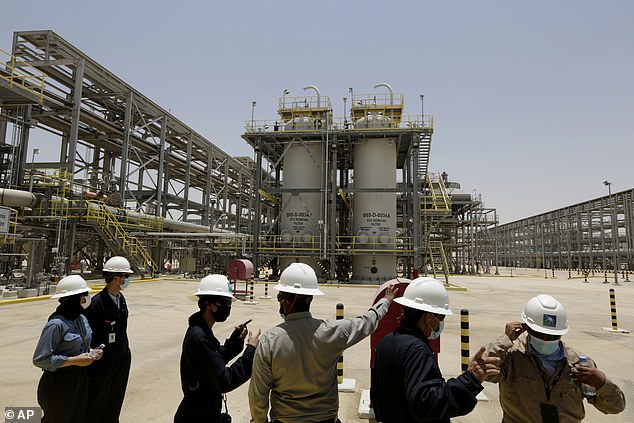 Saudi Arabia is concerned about divulging information about the performance of its oil giant Saudi Aramco, which is a major contributor to the country’s emissions

Country national plans for action this decade currently leave the world far off track on meeting the 1.5C goal which countries agreed to pursue under the Paris Agreement on climate change secured in 2015.

China is understood to object to reporting their greenhouse gas emissions as it is concerned about revealing data on its economic growth, reports The Times. Its climate target is based on a reduction in emissions per unit of GDP.

Meanwhile, Saudi Arabia is concerned about divulging information about the performance of its oil giant Saudi Aramco, which is a major contributor to the country’s emissions.

Greenpeace International executive director Jennifer Morgan said: ‘Saudi Arabia is making its play. They’re at the chess board, manipulating the pieces in an effort to stop an outcome that keeps 1.5C within reach.

‘The push on Friday night to block a cover decision was a textbook effort to strip ambition from the final text while the move to dilute substance on the adaptation goal was designed to ensure vulnerable countries don’t get the support they need and therefore can’t sign up to a meaningful agreement at the end of this week.’ 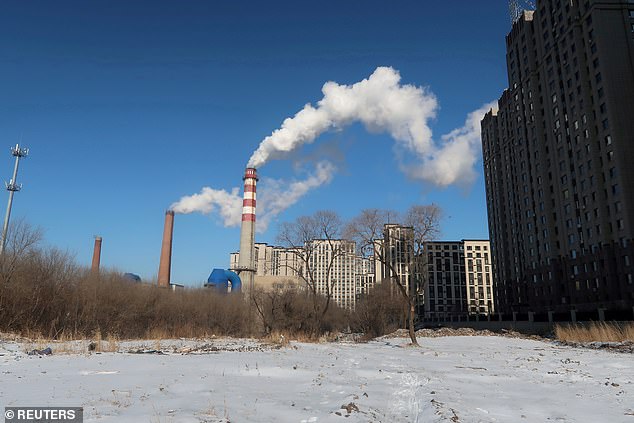 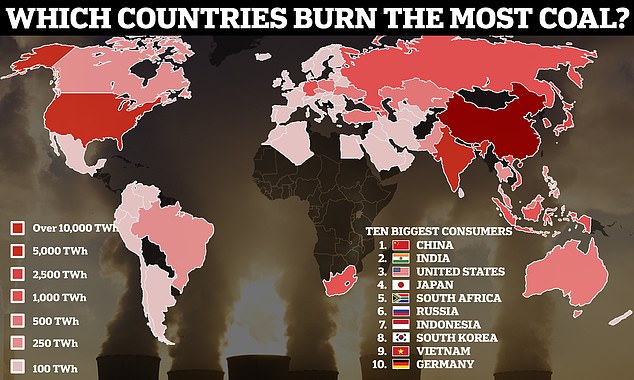 Greenpeace has called on other country delegations to isolate Saudi Arabia, whose economy is based on oil exports.

It comes as UN climate talks entered their final week on Monday with experts warning that many disputes remain unresolved.

These include ratcheting up ambition on national carbon reduction plans, providing a long-promised $100 billion annually to developing nations and rules governing carbon markets.

‘The EU want the highest ambition possible. The African countries want as much finance for adaptation as possible. Australia and Japan want to be able to trade as much carbon as possible.’

A first formal ‘stocktake’ on Monday will see countries and negotiating blocs air any views or grievances they have after the first week of talks.

COP26 is taking place a year late due to the Covid-19 pandemic and against a backdrop of ever-stronger drought, flooding and storms supercharged by higher temperatures battering countries across the globe.

Its first week saw around 100 nations commit to slash their emissions of methane – a powerful greenhouse gas – by at least 30 percent by 2030.

In another development likely to dent emissions, India – the fourth largest polluter – said it would achieve carbon neutrality by 2070.

Experts said these announcements, along with countries’ latest emissions cutting pledges, could have a real impact on future temperature rises.

But a UN assessment late last week found emissions were still on course to increase 13.7 percent by 2030. To keep warming to 1.5C, they must fall 45 per cent this decade. 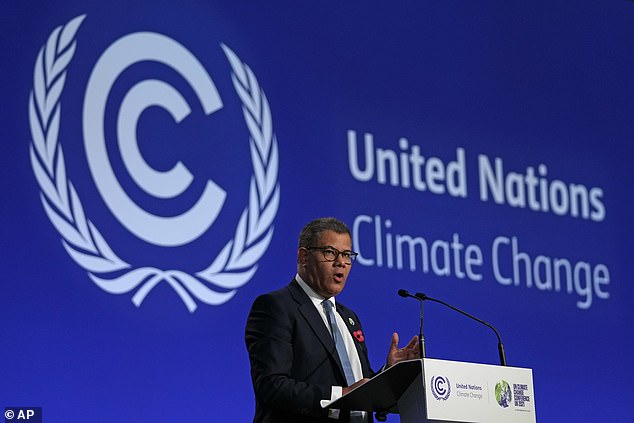 All summit decisions require a consensus. The UK Government has said ‘keeping 1.5 alive’ is a key Cop26 aim

Tens of thousands of people thronged the streets of Glasgow on Saturday demanding faster action from governments after environmental activist Greta Thunberg branded the summit ‘a failure’.

‘Yet, for some of these announcements there is a glaring lack of detail. They must not be a distraction from the urgent issue of countries needing to increase the ambition of their national emission reduction targets by 2030.’

Dozens of nations have signed up to a COP26 initiative to end their use of coal – the most polluting fossil fuel – within decades, including major users South Korea and Vietnam.

But the pact excluded the top consumers China, India and the United States.

Major exporter Australia, which also declined to join the initiative, said Monday it would continue to sell coal for ‘decades into the future’.

Australia has been among the countries to recently unveil 2050 net zero plans criticised by scientists and green groups for lacking detail and relying heavily on as-yet-unrealised technologies to suck CO2 out of the air.