A Chile police officer has been charged with attempted murder after he was captured on video apparently throwing a 16-year-old boy off a bridge during a protest.

At least two videos show the moment Anthony Araya was running with a group of anti-government protesters Friday in Santiago when officer Sebastían Zamora approached the teen from behind and tossed him over the Pío Nono Bridge.

Araya crashed to the Mapocho river bed, at least 22 feet below the bridge.

The teenager was listed in stable condition with head trauma and a wrist fracture following the incident in the South American nation’s capital.

Lead prosecutor Ximena Chong said: ‘The cop approached the young man behind his back, lunged diagonally at the adolescent, grabbing and propelling him, raising him over the railing of the Pío Nono Bridge, making him fall more than seven meters to the river bed.’

He also accused the cops at the scene of falsifying the scene report. 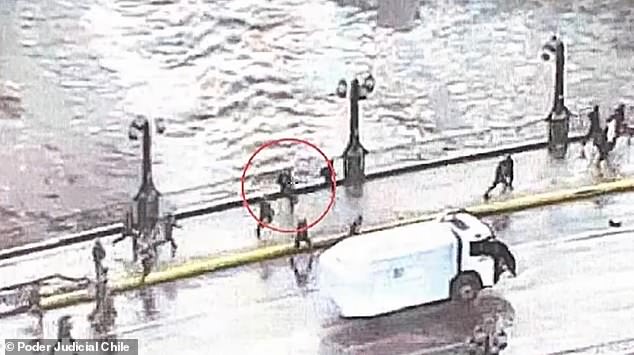 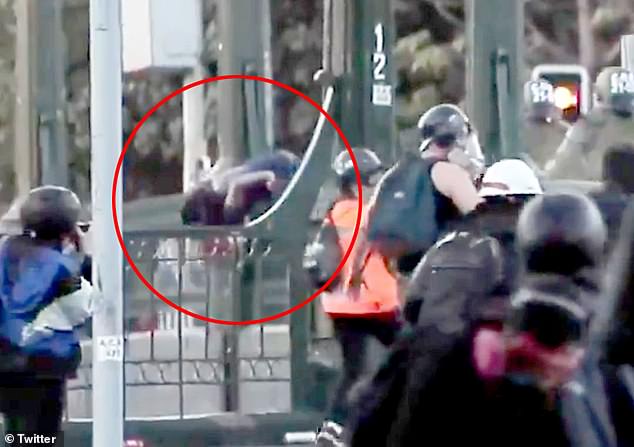 Anthony Araya (circled) was diagnosed with head trauma and a broken wrist. He remains hospitalized and in stable condition 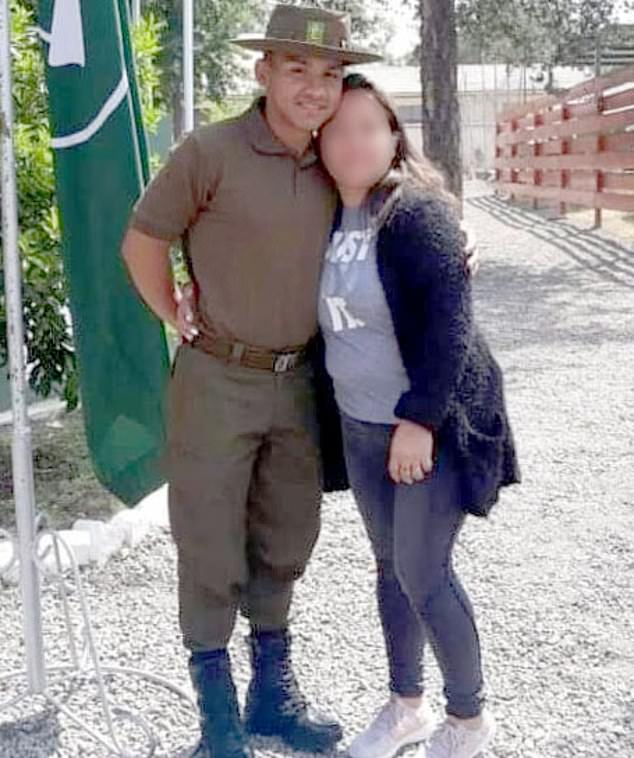 Sebastían Zamora (left), a police officer in Santiago, Chile, was arrested Saturday and charged with attempted murder when he appeared before a judge Sunday after a video showed him apparently throwing 16-year-old Anthony Araya over the Pío Nono Bridge during a protest Friday 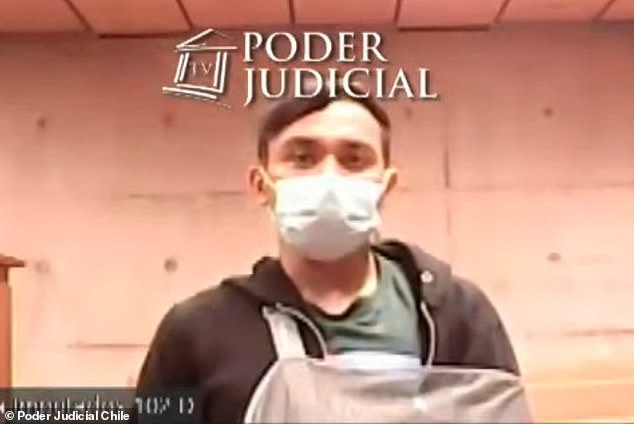 Zamora was detained Saturday and appeared before a judge via video conference Sunday and was ordered held in preventive prison for 120 days.

The judge also ruled that cops have also been barred from contacting Araya.

Dozens of people protested on Saturday outside the clinic where he is being treated, condemning police and carrying signs that said: ‘He did not fall, they threw him.’

The incident raised more concerns about police conduct since protests about a wide range of social and economic problems erupted in Chile a year ago. Some 31 people have died in the unrest and numerous allegations of human rights violations were filed against police. 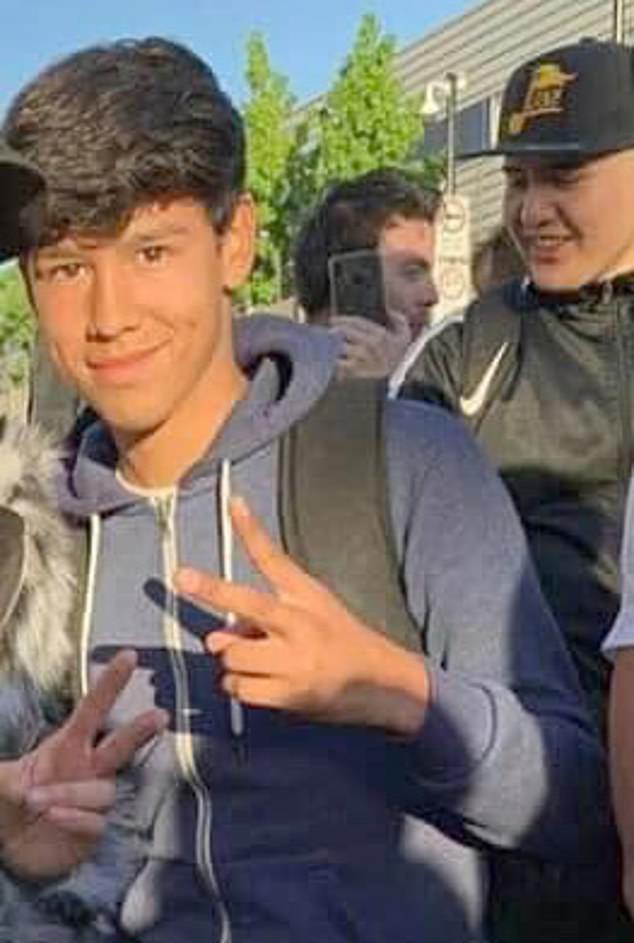 Anthony Araya participated in an anti-government protest at the Plaza Baquedano in Santiago, Chile 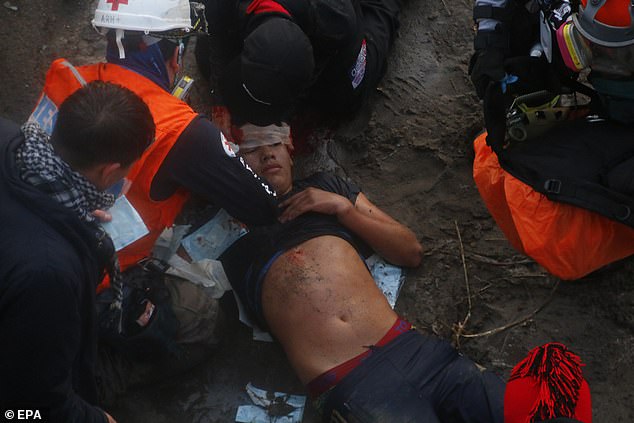 Paramedics tend to Araya moments after he suffered a 22-foot fall into the Mapocho River after he was apparently tossed over the Pío Nono Bridge by a police officer during a protest Friday in Santiago, Chile 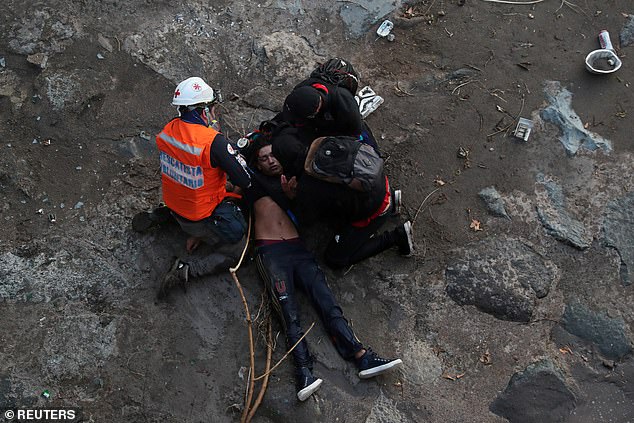 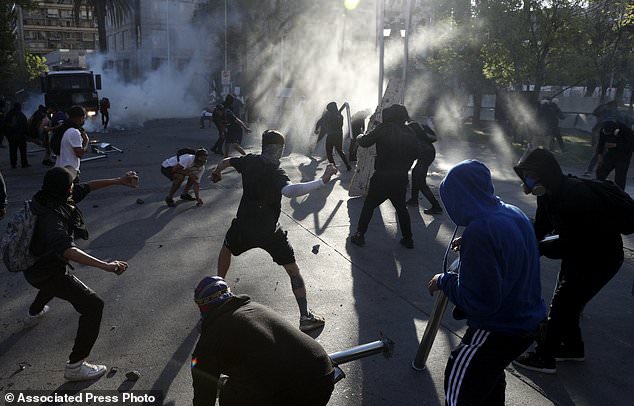 Demonstrators confront an armored vehicle during Saturday’s protest against police in reaction to a video that appears to show an officer pushing a teen boy off a bridge the previous day at a protest, in Santiago, Chile

However, Enrique Monrás, chief of police in Santiago’s western area, said the youth had lost his balance and fallen over the bridge railing after the police attempted to arrest him.

Ambulances were summoned so that they could provide prompt assistance, Monrás said.

The Chilean Commission for Human Rights said in a statement Sunday that Araya was part of a protest at Plaza Baquedano. Araya and the demonstrators were chased off by the cops at the protest and ran towards the bridge where officer Zamora confronted Araya.

The agency said the cops blocked off a fire engine unit responding to the distress call. Paramedics placed Araya on an ambulance and rushed him to the medical facility.

The government said in a statement that it condemns any violation of human rights. It said a police officer who ‘does not comply with the protocols or the law’ must be investigated and tried in the courts.

Minister spokesman Jaime Bellolio lamented that the police didn’t rush to Araya’s side immediately, instead abandoning the scene.

‘I would have liked if it had been different and that there had been a brigade, a group of police officers that could have immediately gone to the river,’ Bellolio said Monday, according to Chilean news outlet Bio Bio Chile. 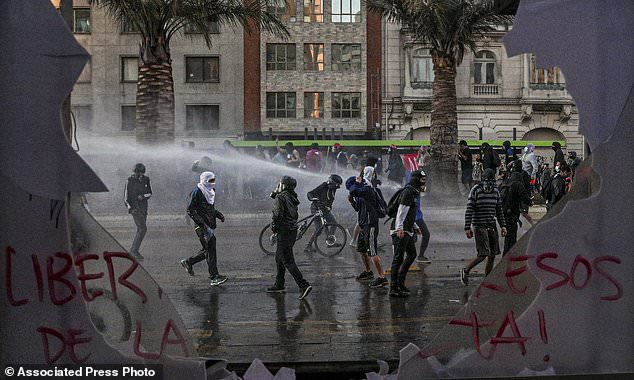 Anti-government protesters are sprayed by police with water during a protest against police in reaction to a video that appears to show officer Sebastían Zamora throwing a 16-year-old Anthony Araya off a bridge the previous day at a protest, in Santiago, Chile 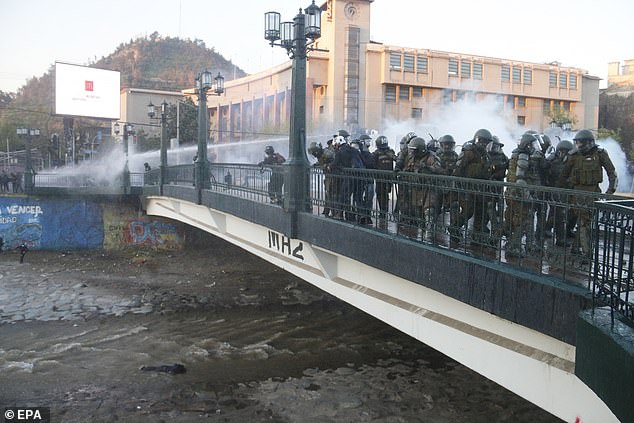 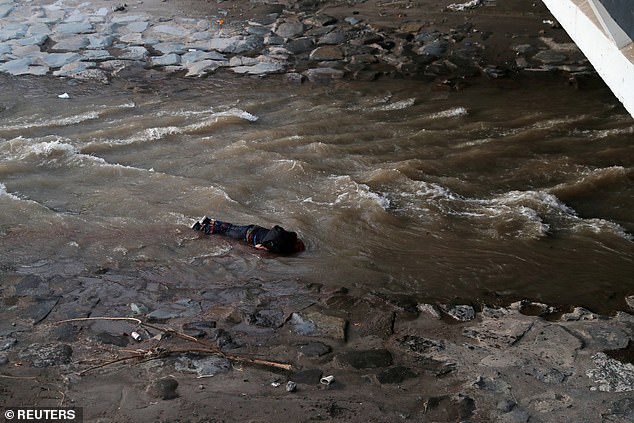 Anthony Araya is photographed lying on the Mapocho River after he was apparently thrown off the Pio Nono Bridge by a cop in Santiago, Chile, during a protest Friday. Araya remains hospitalized, having suffered head trauma and a broken wrist 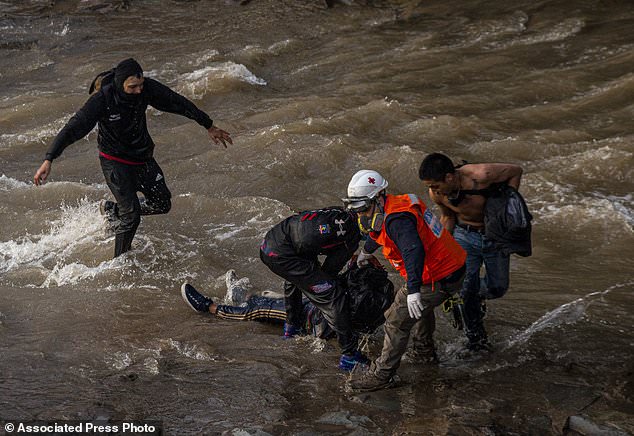 Paramedics and demonstrators rush Anthony Araya moments after he fell into the Mapocho River during a confrontation with a cop on a bridge in Santiago, Chile, on Friday 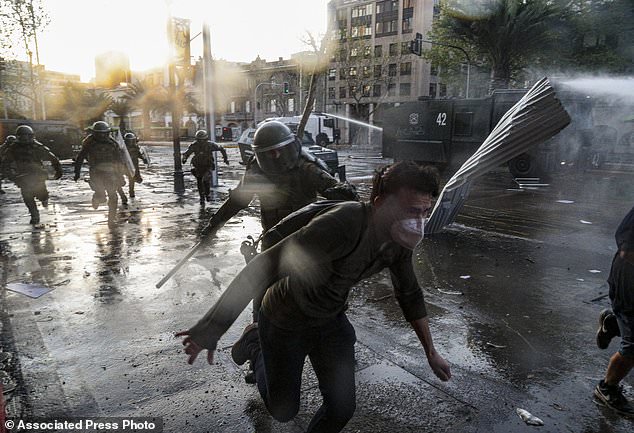 A demonstrator runs away from cop during clashes at a protest against police Saturday in reaction to a video that appears to show an officer pushing a 16-year-old boy off a bridge the previous day in Santiago, Chile 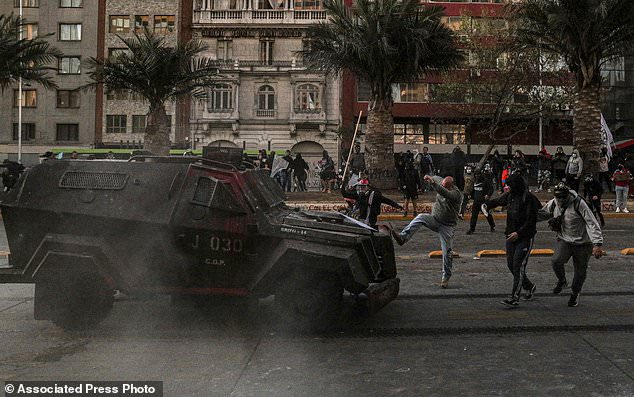 A demonstrator kicks a police armored vehicle during a protest Saturday in Santiago, Chile, in response to an incident that took place Friday when a cop was captured on video apparently throwing a boy off a bridge