Chefs, kitchen managers and advocates in aged care say the Morrison government’s pledge this week to pay $10 more each day per person in nursing homes will do nothing to improve the poor quality of food many residents get.

The Commonwealth this week released its response to the two-year aged care royal commission, which recommended an overhaul of the industry. 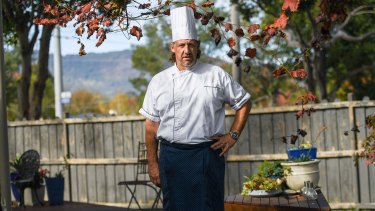 The royal commission highlighted food as among the top three complaints from residents and families in aged care.

From July, Canberra will hand operators of aged care homes around the nation $10 more per resident per day, in a response flowing directly from the royal commission’s findings. The payment will be a supplement to the “basic daily fee” of $52.71 per resident that aged care operators get.

But there will be no direction on how the extra money will be spent.

Chefs Tim Deverell and Nicholas Hall, who both appeared before the royal commission, said there was little chance this extra money would lead to improved food for residents. 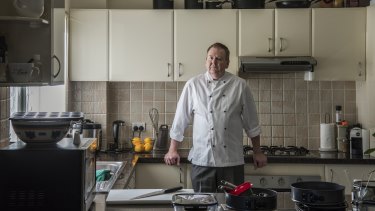 Tim Deverell worked in aged care as a chef for 11 years, and gave evidence to the royal commission into aged care.Credit:Steven Siewert

There will be no new mandated rules around how much money aged care homes must spend on raw ingredients for residents daily.

Research in 2017 by aged care food experts in The Lantern Project found the average daily spend on food for residents was about $6.

“There should be a minimum amount, and it should be at least $15 a day,” said Mr Hall, who has worked at 20 homes, including at large groups Arcare, TLC and BlueCross.

“It’s a race to the bottom to see who can do it the cheapest,” he said. “And because there are no rules in place of how much the minimum [spending is], they get away with it.”

Last year the federal government’s regulator, the Aged Care Quality and Safety Commission, inspected 320 homes to see if the meals provided were “of suitable quality and quantity”. Twenty-seven homes failed to comply with the commission’s rules. 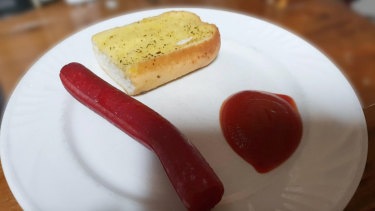 Mr Hall no longer works in aged care – he has turned to cooking for mining staff in remote locations – but said that when he worked in nursing-home kitchens, he was always aware of when an audit by the Aged Care Quality and Safety Commission was approaching.

“You knew at least a week ahead,” he said. One home he worked at did not care about cleaning “until the day before the audit. And then all of a sudden … everything gets wiped down, everything gets picked up”.

A spokesman for the commission rejected the allegation homes were warned of audits, saying its staff “conducted unannounced site audits”.

He said one home he worked in had a single chef preparing all meals for 150 residents – amounting to 450 breakfasts, lunches and dinners plus 300 morning and afternoon teas. “To give you a comparison, a good hotel has one chef producing 40 meals,” he said.

Mr Deverell said he worked at two homes with budgets of $14 a day per resident for food, and another with $17. This was enough to “beautifully” cater for residents. “At the other end of the scale, two large contract catering companies to aged care facilities had food costs of $7 and $6.50 per resident per day,” he said.

Mr Deverell said at one home he worked at, he regularly saw hand-written notes on doors “saying this or similar: ‘Please give mum an extra dessert, she is losing weight’. I spoke to one family who said they actually bring in their own food to feed their family member. What happens to those without family?”

Fairley Wijesinghe worked for five different aged care operators across Melbourne and now works in public health. He backed the views of the two chefs, saying they mirrored his experiences. He said the federal government needed to set a minimum daily spend on residents’ dietary needs. “In so many homes you just don’t get the minimum,” he said.

Mr Wijesinghe said the extra daily $10 per resident Treasurer Josh Frydenberg announced in Tuesday’s budget should go towards better food. “That money needs to be spent on specific areas, like meals. I doubt it will be.”

He said low spending on raw ingredients in aged care kitchens was common, with those he worked in spending between $6.80 and $7.65 a day per resident on food. “Even at the best place I worked it was $9.20.”

Monash University aged care expert Joseph Ibrahim said the extra daily funding would be welcomed but would simply be pocketed by operators.

Aged care homes were hit hard financially by the costs of trying to keep COVID-19 out and by prospective residents staying in their own homes longer because of the pandemic.

“To a public audience, another $10 for mum is great,” Professor Ibrahim said. He said it would mean instead that operators would no longer run at a loss. “Scott Morrison will present it as money for residents, but behind closed doors, it’s money for operators to stop them whingeing at the government.”