CFA hopes sea- and tree-changers will bolster volunteer base

Victoria’s Country Fire Authority hopes an expected demographic shift will bolster its volunteer base as the coronavirus pandemic encourages Melburnians to move to regional Victoria. 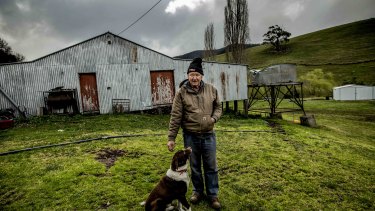 Real estate and demographic observers expect the pandemic will spur an increase in sea-and tree-changers, as Melburnians seek to do city-based jobs remotely.

"If there is a silver lining somewhere in among everything that's going on for us at the moment and CFA brigades become the beneficiary of people shifting locations, then that’s got to be a good outcome," Mr Cook said.

Mr Cook said substantial new operational procedures had been introduced to prevent the spread of coronavirus, with firefighters expected to wear masks extensively – not just on the fireground – and sharply reduce social interaction. 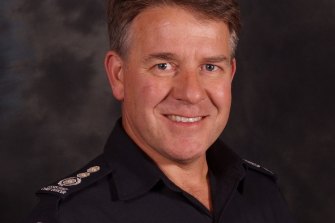 Some training drills that require firefighters to work in close proximity have been scrapped. And Mr Cook said post-fire procedures would be adapted.

"When the fire’s out then there’s usually a catering trailer that turns up. People gather around. There'll be a cup of tea and a sandwich and people talk about what just happened and how they went," he said. "We just won't be able to do some of those things in the same manner that we would have."

This will be the first summer under the fire service's new structure, with the CFA and its volunteers separated from Fire Rescue Victoria, which employs paid firefighters in urban areas.

A succession of CFA leaders quit their posts as the state government rammed through a shake-up, and the CFA board was sacked in 2016 amid the fallout.

Mr Cook said he was confident the service had retained operational experience despite the chaos and controversy surrounding the restructure.

He insisted volunteers remained energetic despite a gruelling and long fire season last summer.
A wet spring is forecast for Victoria this year, which is a welcome relief to communities where bushfires started burning in September.

Despite the late start anticipated for the fire season, Mr Cook said major bushfires could still break out after successive days of hot weather and fire seasons were becoming more volatile due to climate change.

Peter Sandy’s family has grazed cattle at Swifts Creek in Gippsland for four generations and he has served as a volunteer firefighter for four decades.

In that time he has seen the fires change along with the climate.

Not long ago the pastures were dormant all winter, but now the grass grows all year around.

As the alps have grown warmer and dryer, the megafires that were once a rarity seem to menace the local community with a terrifying belligerence and insistence.

The coming of spring, once welcomed, now carries anxiety over what fires the season may bring.

Mr Sandy, 67, still works as an incident controller, but would not mind stepping back. However, he does not think there is much chance of that.

It is not just that the fire seasons are worse, but over years of drought and low commodity prices many of the region’s youth and young families have moved away, leaving volunteer posts to be filled by veterans.

Mr Sandy remembers the afternoon of December 30 last year, when a vast column of smoke, cinder and flame built up over a fire complex just south of Swifts Creek, it was unlike anything he’d ever seen before. "They told me it was 16 kilometers high."

Swifts Creek "dodged a bullet", but Mr Sandy noted that just means there is more left to burn.

Our weekly newsletter will deliver expert analysis of the race to the White House from our US correspondent Matthew Knott. Coming soon. Sign up now for The Sydney Morning Herald‘s newsletter here, The Age‘s here, Brisbane Times‘ here and WAtoday‘s here.