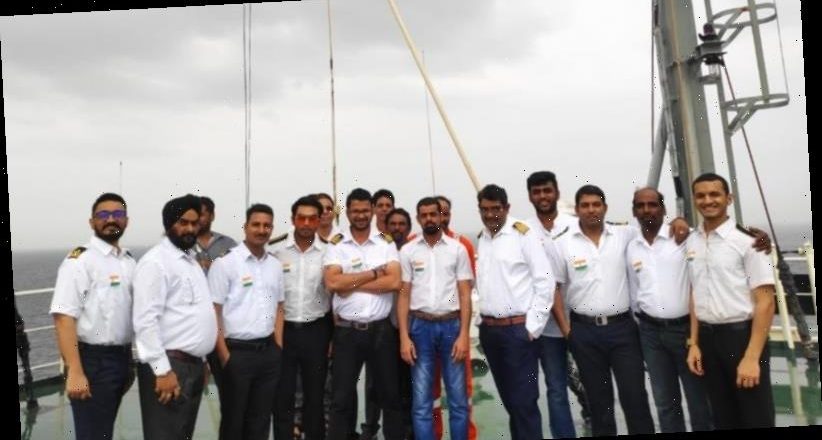 Two dozen Indian sailors stranded on ships carrying Australian coal will reach land for the first time in seven months on Monday night, as scores of others remain in limbo in Chinese waters.

The Jag Anand had been stuck off the port Chinese port of Caofeidian since June but a breakthrough last week after months of lobbying from the Indian government, unions and the ship's owner, Great Eastern Shipping, saw the vessel and its 23 crew members granted passage to Japan. 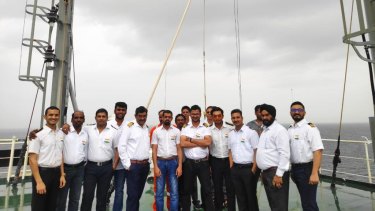 The sailors had been trapped in the middle of a trade dispute between Australia and China which has seen up to $4 billion in Australian coal imports blocked and Chinese importers refuse to sell their product elsewhere at reduced prices. China has slapped import restrictions on key Australian exports after multiple disputes over the coronavirus, national security and human rights.

"Our seafarers who were discharging their professional duties were caught in a political war between Australia and China," said Abdulgani Serang, the general secretary of the National Union of Seafarers of India.

The Jag Anand is scheduled to arrive in the Japanese port of Chiba at 7pm on Monday, MarineTraffic data shows. It was originally due to dock on January 14, but a tangled chain delayed the vessel's departure.

"The crew change will take place and the seafarers will come home to India after clearing COVID-19 protocols," Serang said in a statement.

The fate of dozens of other Indian sailors remains in the balance. The Anastasia, which is hauling 90,000 tonnes of Australian coal and has also been stuck since June, is among more than 70 ships still waiting off the coast of China carrying Australia's third largest export. Some seafarers have been onboard for more than 20 months after joining their ship before the coronavirus crisis threw global shipping lines into turmoil.

Anastasia crew member Gaurav Singh said hopes of relief had been dashed after the company responsible for the Australian coal, HK Holdings, on Saturday refused to divert it to another port. The decision leaves Anastasia's sailors stranded after already enduring months at sea with dwindling supplies, medical emergencies and psychological turmoil.

"The situation onboard is getting worse with each passing day. Crew is in bad shape. Everybody is scared and in extreme anger," he said. "The value of the cargo is more precious than the lives of the human being."

"Our company contacted the receiver of the cargo to divert the vessel to Japan day before yesterday and straight away he denied the request and stated that if you try to divert we will take you to court and arrest the ship including crew."

The Jag Anand sails under an Indian flag, while the Anastasia is registered to Panama, hampering the Indian government's bargaining position over the second ship.

The Mediterranean Shipping Company, which operates the Anastasia, said before Christmas that it had repeatedly tried to get the seafarers relieved.

The company said it had attempted to get the crew changed in Hong Kong, Japan, the Philippines, Singapore and South Korea between August and December. The offers were rejected because of COVID-19 restrictions and the directions of charterers.

"MSC is deeply concerned that none of these solutions have worked so far," the company said in a statement.

"MSC, as the technical operator of the ship, cannot simply order the master to deviate to a port for a crew change, as the vessel could be arrested as a result."

China's Foreign Ministry said in November the issue was a commercial matter for the companies involved. State-backed firms and large importers have links to the Chinese Communist Party, which issues quotas and is increasingly calling on companies to demonstrate their loyalty to the party.

Australian Trade Minister Dan Tehan and his predecessor Simon Birmingham have made multiple representations to Beijing since November to try to find a solution to the impasse, but diplomatic ties remain strained after two years of hostilities between the trading partners.