Boris Johnson’s victory at the general election means that his girlfriend Carrie Symonds can expect to spend the next five years in Downing Street, prompting questions about what kind of ‘first lady’ she will be.

Ms Symonds, 31, has largely kept out of the public eye since Mr Johnson became prime minister in July.

However, she made several appearances during the election campaign, often flanked by the couple’s dog Dilyn, after taking time off work.

The former Tory staffer, who is the first unmarried partner of a sitting PM to live in Downing Street, can now plan ahead for a five-year term.

Without the constraints of an election campaign, she could now seek to expand her public role – especially if she marries the PM, which Mr Johnson has hinted she could do. 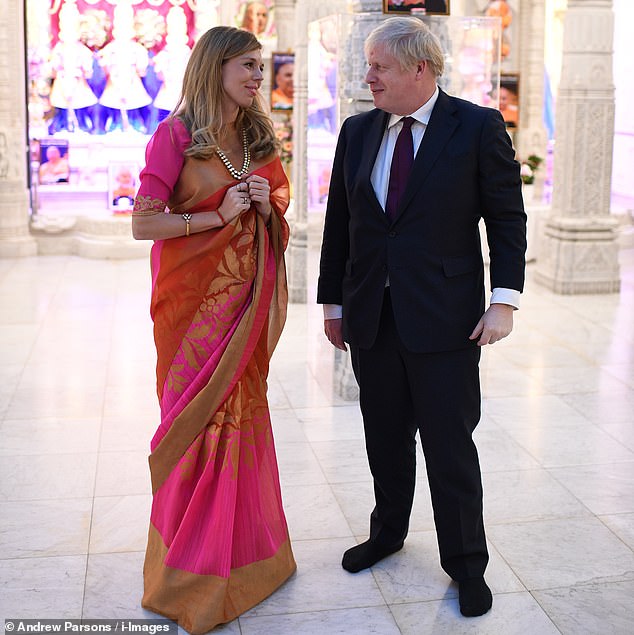 Five more years: Carrie Symonds and Boris Johnson – pictured visiting a Hindu temple in the last week of campaign – can now prepare for another term in Downing Street

Ms Symonds, a keen conservationist, works at at environmental group Oceana but took six weeks off to help with the campaign.

She was expected to return as the group’s communications chief after the election, which would limit her public appearances if she stays on.

In August, she stayed at home in the UK while other high-profile spouses such as Melania Trump and Brigitte Macron joined their partners for a photo opportunity.

In addition, when Mr Johnson took office, Downing Street announced that she would not have her own taxpayer-funded office to organise her public schedule.

Samantha Cameron, Cherie Blair and Gordon Brown’s wife Sarah all had their own full-time No 10 staff.

However, Norma Major kept a low public profile and had no such staff, preferring to live at the couple’s country home.

Similarly, Theresa May’s husband Philip largely kept out of the public eye and had no official Downing Street support. 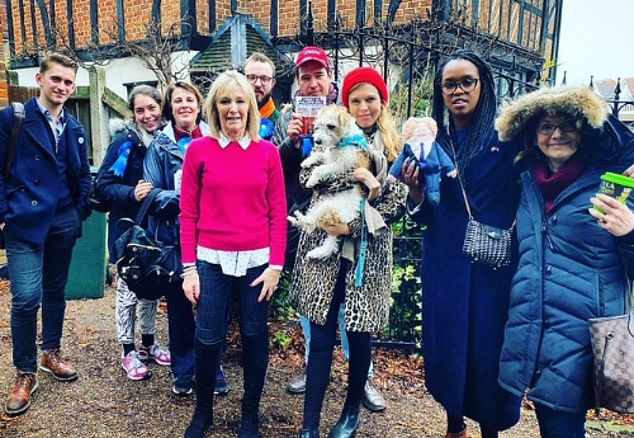 On the campaign trail: Ms Symonds made several appearances during the election campaign, often flanked by the couple’s dog Dilyn, after taking time off work 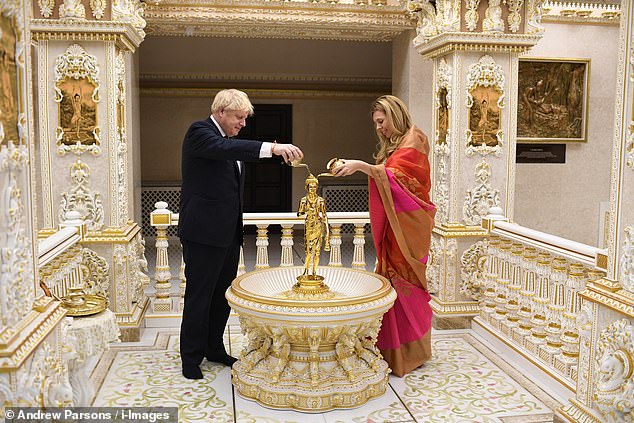 Joint visit: Boris Johnson took his shoes off for a visit to a Hindu temple in London with his girlfriend Carrie Symonds during the last week of the campaign

Ms Symonds’ status is a delicate subject as the PM is still technically married to his estranged wife Marina Wheeler.

It has been suggested in the past that Ms Symonds could not become a fully-fledged ‘first lady’ until the couple were married.

Mr Johnson was coy when asked about the subject earlier this year, telling The Sun that marriage speculation was ‘a tiny bit premature’.

Friends of Ms Symonds have affectionately dubbed her ‘FLOTUS’ – an acronym sometimes used for the First Lady of the United States.

First Ladies such as Melania Trump and Michelle Obama have a far more extensive staff and public schedule.

During the election, Ms Symonds was seen numerous times at Tory campaign events and phone banks.

Ms Symonds rarely appeared alongside Mr Johnson, although they did visit a Hindu temple together last week with the 31-year-old wearing a sari. 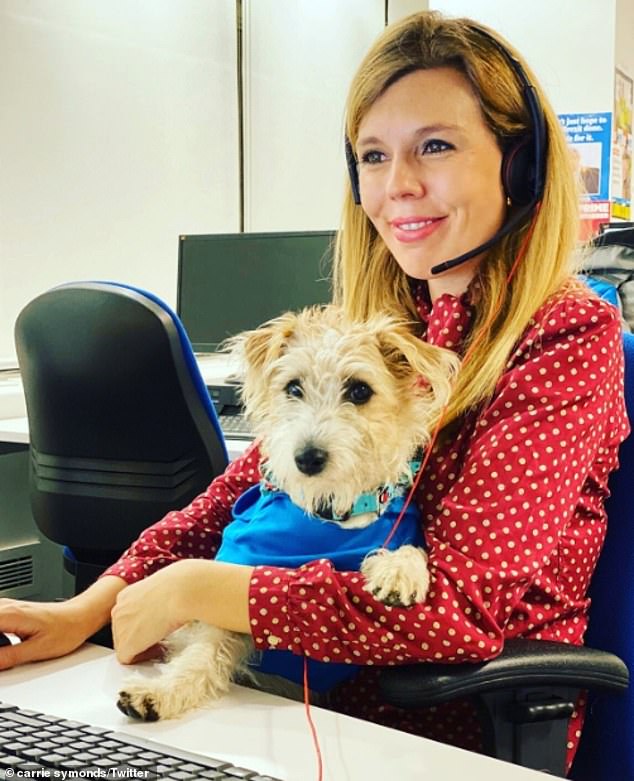 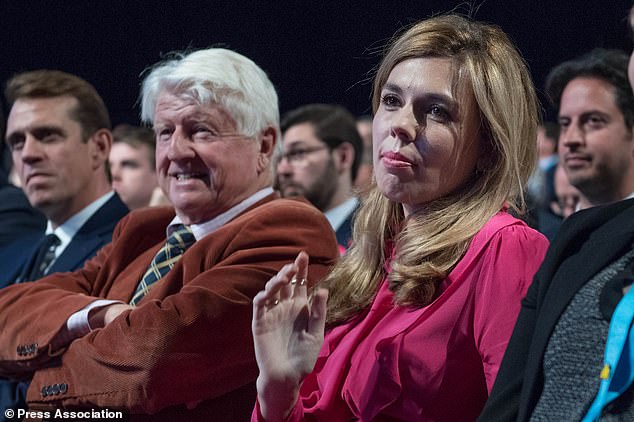 She also sat next to Mr Johnson’s father Stanley and applauded the PM at the Tory party conference, which was overshadowed by claims about Mr Johnson’s private life.

Their relationship also came under the spotlight during the Tory leadership campaign when police were called to their London home amid reports of a domestic row.

Ms Symonds was reported to have told Mr Johnson to ‘get off me’ and ‘get out of my flat’ during the furious row.

Scotland Yard said it was were alerted to the situation by a caller who ‘was concerned for the welfare of a female neighbour’, but officers found no cause for concern.

Mr Johnson was then engulfed in a further row over a picture of the couple apparently sitting happily together.

The photograph appeared to be taken from nearby bushes, but speculation grew that Mr Johnson’s campaign had put out the picture themselves.

As a Tory aide, Ms Symonds co-ordinated Brexiteer Zac Goldsmith’s unexpected victory in the Remain-heavy seat of Richmond Park in the South-West London.