THE worried captain of a US warship in Guam has demanded crew members be removed after 100 were infected with the coronavirus.

“We are not at war. Sailors do not need to die. If we do not act now, we are failing to properly take care of our most trusted asset – our sailors," said USS Theodore Roosevelt Capt Brett Crozier. 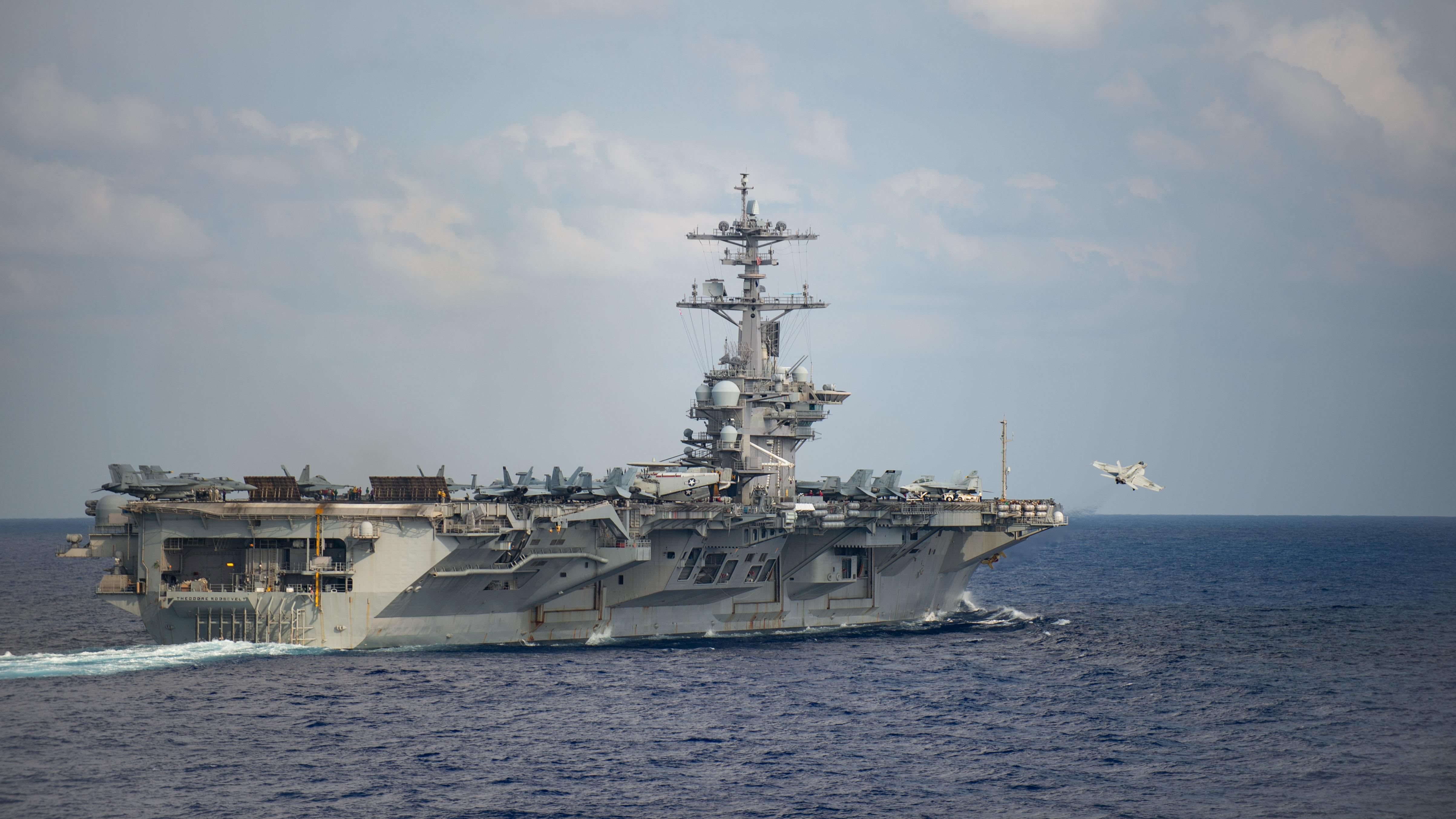 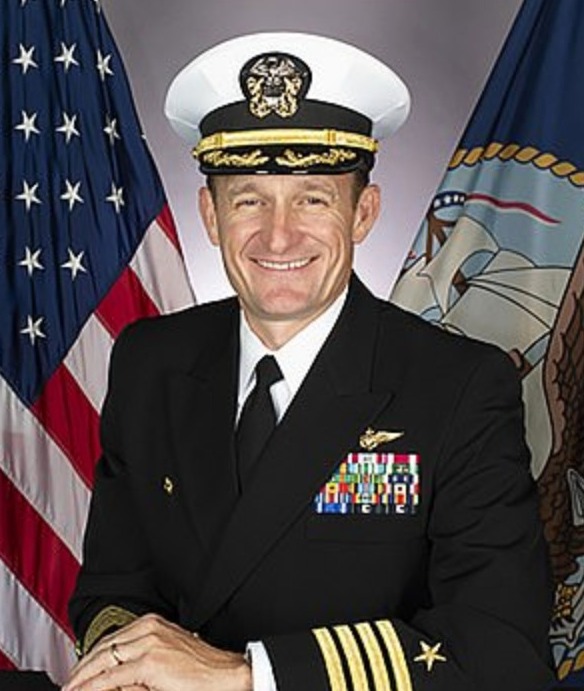 In an unusual request, he has asked bosses for permission to isolate the bulk of his 5,000- strong crew on shore, which would take the warship out of duty in an effort to save lives.

The Pentagon said the number of Covid-19 cases across the US military had escalated to nearly 700 as of today, a jump of 104 from yesterday and up from 174 a week ago.

The USS Theodore Roosevelt, a Nimitz-class nuclear powered aircraft carrier, is – like other Navy ships – vulnerable to infectious disease spreading given its close quarters, points out the Associated Press.

Enlisted sailors and officers are based in separate living quarters.

However, they normally grab their food from crowded buffet lines and eat at tables joined end-to-end.

It's not a practical environment to maintain social distancing during the coronavirus pandemic, which has already killed about 3,800 across the US, and infected nearly 185,000, according to Worldometers' stats. 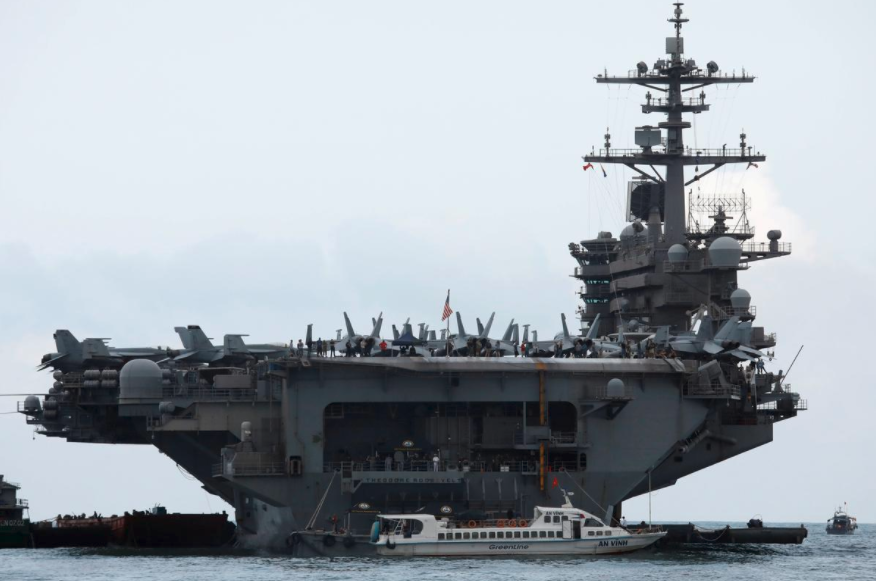 In a memo to Navy leaders, Capt Crozier said the killer respiratory disease was expanding and accelerating among his crew.

He also suggested removing all but 10 per cent of the sailors to stop the virus spiralling out-of-control while the ship is docked in Guam.

The captain told bosses in Washington that action has to be taken immediately, and that as many crew should be taken off as possible to save lives – so they can be tested, isolated and treated if necessary.

He is deeply concerned that the bug can’t be contained, reports CNN.

Acting Navy Secretary Thomas Modly told the broadcaster that they were doing the best they could to "adjust on the fly" and take care of sailors on the carrier.

"We don't disagree with the (commanding officer) on that ship.

"And we're doing it in a very methodical way because it's not the same as a cruise ship… that ship has armaments on it, it has aircraft on it."

The carrier's presence was needed in Asia, given China's militarization of disputed areas of the South China Sea, the Pentagon has previously indicated. 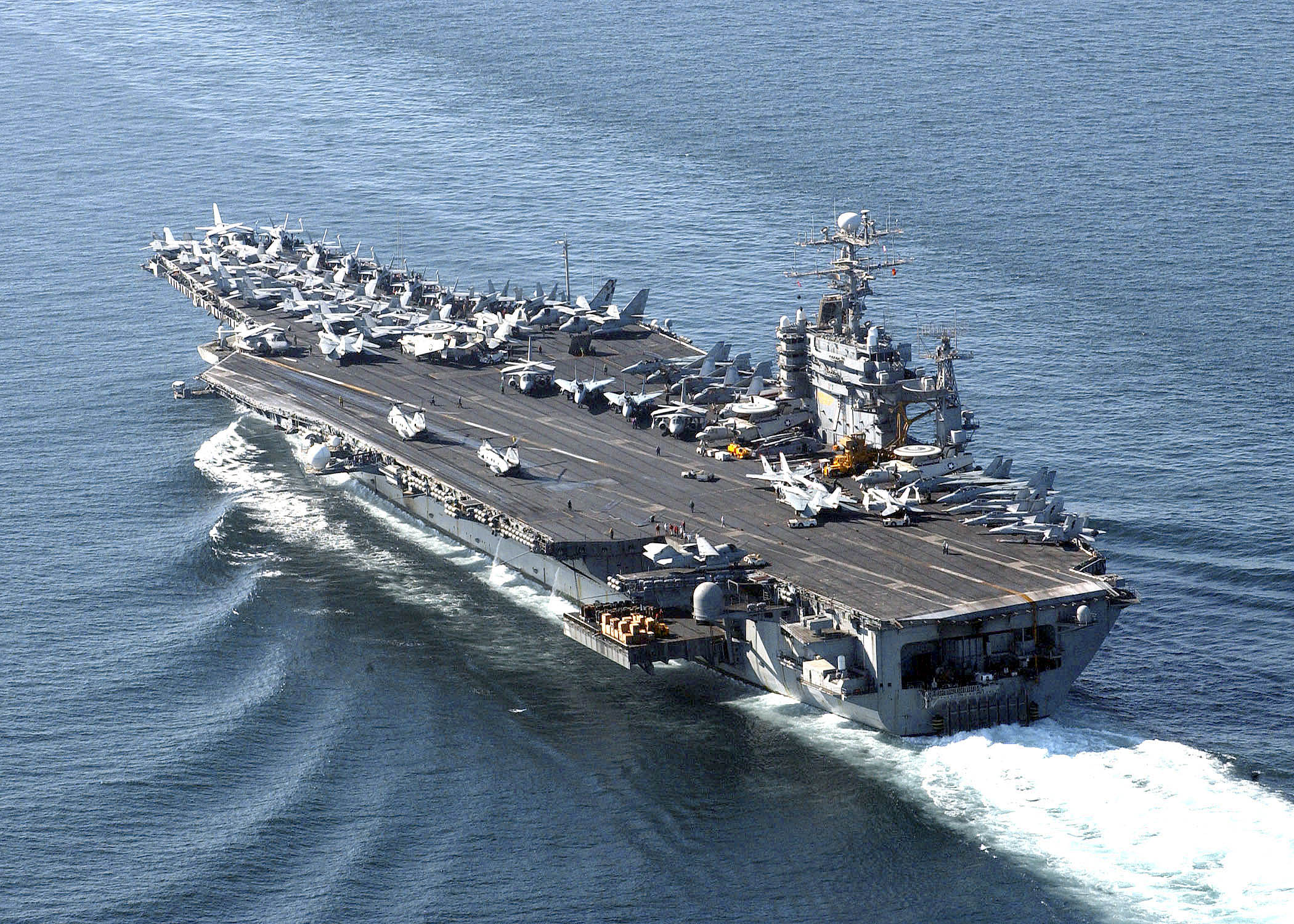 He said sailors have been moving off the ship into shore-based quarters, but much of that was also not adequate.

The captain wants the ship thoroughly sanitized once the majority of sailors are safely on shore.

Acting Navy Secretary Thomas Modly told CNN that the force was trying to help the stricken sailors, while also ensuring that the Navy and the US military could continue to protect the country.

Reuters reports that the ship's commanding officer wrote that the carrier lacked enough quarantine and isolation facilities and warned the current strategy would slow but fail to eradicate the virus.

In the letter dated Monday, he called for "decisive action" by removing more than 4,000 sailors from the ship and isolating them.

The carrier was in the Pacific when the Navy reported its first coronavirus case a week ago.

It has since pulled into port in Guam, a US island territory in the western Pacific.

Modly told Reuters that Guam does not have enough beds, and the Navy has been in talks with the local government to use hotels and set up tents instead.

The Navy has declined to confirm exactly how many people on-board the Roosevelt have been infected.

But the Theodore Roosevelt is just the latest vessel to be struck by the fast-moving virus within the US military.

Navy officials say that sailors on-board a number of ships have tested positive, including an amphibious assault ship at port in San Diego.

The first US military service member, a New Jersey Army National Guardsman, died on Saturday from Covid-19, the Pentagon said on Monday.