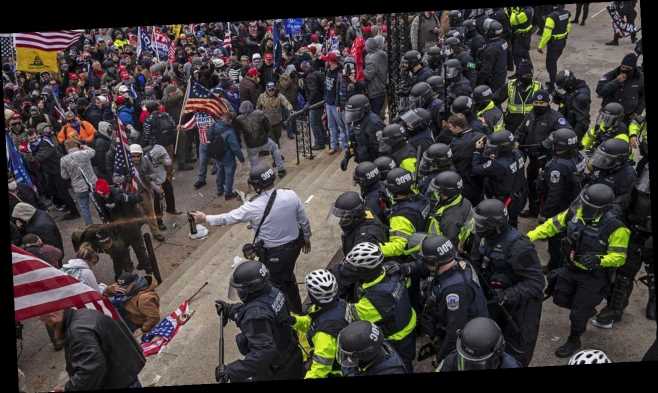 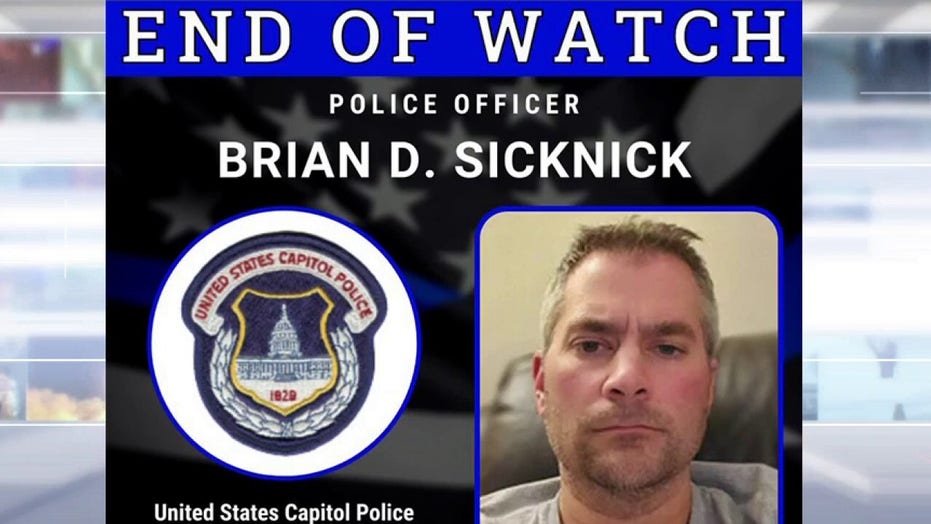 Fox News reports a federal investigation will be launched into the death of Capitol Police officer Brian Sicknick, who died Thursday from injuries sustained during Wednesday’s riot at the Capitol building.

U.S. Capitol Police (USCP) announced late Thursday they had arrested two women for their alleged involvement in Wednesday’s attack, when a violent mob of apparent Trump supporters stormed the U.S. Capitol, where Congress was tallying Electoral College votes that would confirm Joe Biden as president-elect.

Cindy Fitchett, of a Cobbs Creek, Va., and Xandra Sixkiller-Cramer, of Glenwood, Md., were charged with unlawful entry in connection with Wednesday’s events. Neither woman could immediately be reached.

The remaining 12 other people arrested by USCP were men, a Thursday press release shows. 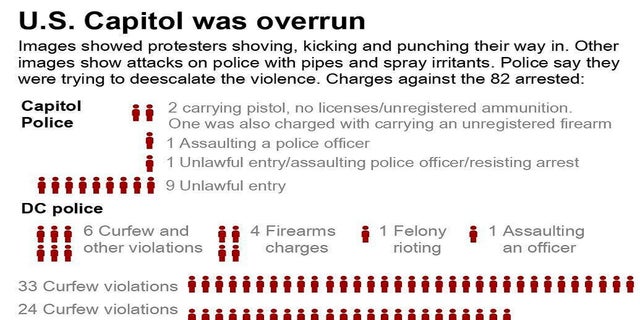 A look at the charges made against protesters (Associated Press)

Meanwhile, Metropolitan Police (MPD) arrested roughly a dozen women out of the 68 people busted as of Thursday, police records show. MPD did not respond to Fox News’ request for a specific gender breakdown.

The hunt continues for suspects, with the FBI releasing dozens of images of male and female suspects who are still on the loose.

The rioters, some armed with guns, roamed the halls of the federal building, smashed or dismantled property and barged into House and Senate leaders’ chambers. Meanwhile, Hill staffers and lawmakers were under lockdown or hid behind chairs or under tables.

A fourth person — identified as Ashli Babbitt – was fatally shot by police during the riots.

U.S. Capitol Police (USCP) later announced the death of Officer Brian D. Sicknick, who died as a result of injuries he suffered Wednesday. Sicknick was hurt while engaging with the rioting protesters on Wednesday and collapsed when he returned to his office, the USCP said. His death was announced late Thursday night.

The FBI is asking anyone who recognizes someone from the wanted posters or who witnessed any of Wednesday’s activity to call 1-800-CALL-FBI (1-800-225-5324) or submit information online here. 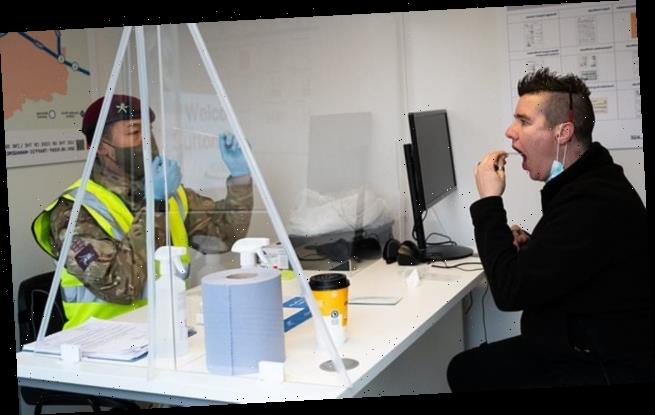 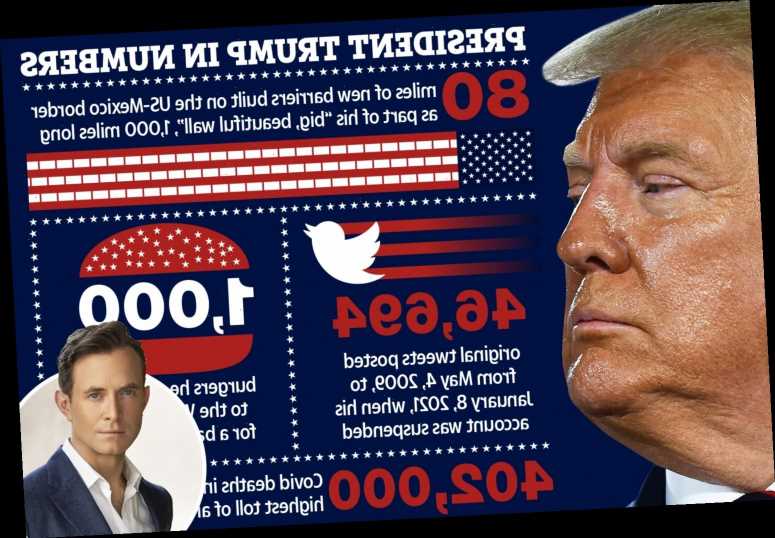