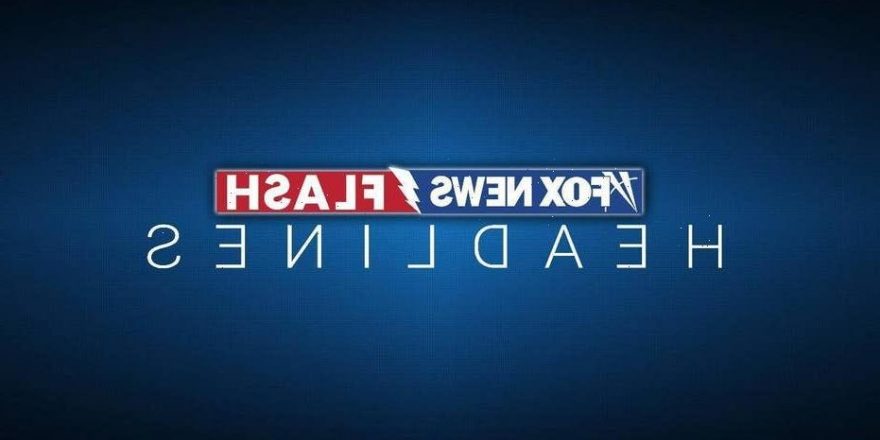 The effort is designed to keep landfills in the most populous U.S. state clear of food waste that damages the atmosphere as it decays. When food scraps and other organic materials break down they emit methane, a greenhouse gas more potent and damaging in the short-term than carbon emissions from fossil fuels. 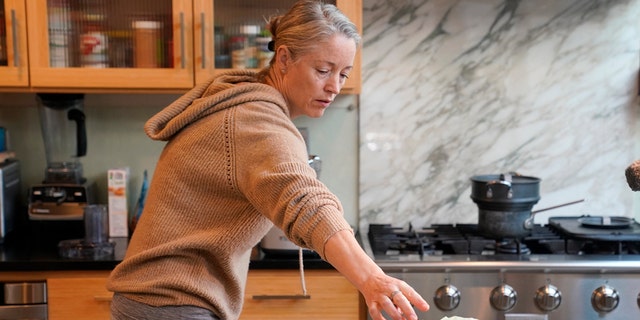 Joy Klineberg tosses a lemon peel into a plastic bag to be used for composting while preparing a family meal at her home in Davis, California, Tuesday, Nov. 30, 2021.
(AP Photo/Rich Pedroncelli)

To avoid those emissions, California plans to start converting residents’ food waste into compost or energy, becoming the second state in the U.S. to do so after Vermont launched a similar program last year.

Most people in California will be required to toss excess food into green waste bins rather than the trash. Municipalities will then turn the food waste into compost or use it to create biogas, an energy source that is similar to natural gas.

“This is the biggest change to trash since recycling started in the 1980s,” said Rachel Wagoner, director of the California Department of Resources Recycling and Recovery.

She added that it “is the single easiest and fastest thing that every single person can do to effect climate change.”

The push by California reflects growing recognition about the role food waste plays in damaging the environment across the United States, where up to 40% of food is wasted, according to the U.S. Department of Agriculture.

A handful of states and nations, including France, have passed laws requiring grocery stores and other large businesses to recycle or donate excess food to charities, but California’s program targets households and businesses.

The state passed a law in 2016 aimed at reducing methane emissions by significantly cutting down on discarded food. Organic material like food and yard waste makes up half of everything in California landfills and a fifth of the state’s methane emissions, according to CalRecycle.

Starting in January, all cities and counties that provide trash services are supposed to have food recycling programs in place and grocery stores must donate edible food that otherwise would be thrown away to food banks or similar organizations.

“There’s just no reason to stick this material in a landfill, it just happens to be cheap and easy to do so,” said Ned Spang, faculty lead for the Food Loss and Waste Collaborative at the University of California, Davis.

Vermont, home to 625,000 people compared to California’s nearly 40 million, is the only other state that bans residents from throwing their food waste in the trash. Under a law that took effect in July 2020, residents can compost the waste in their yards, opt for curbside pick up or drop it at waste stations. Cities like Seattle and San Francisco have similar programs. 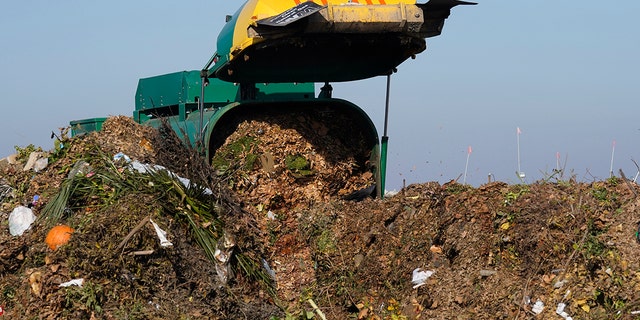 A truck unloads organic waste to be used for composting at the Anaerobic Composter Facility in Woodland, California, Tuesday, Nov. 30, 2021.
(AP Photo/Rich Pedroncelli)

California’s law stipulates that by 2025 the state must cut organic waste in landfills by 75% from 2014 levels, or from about 23 million tons to 5.7 million tons.

Most local governments will allow homeowners and apartment dwellers to dump excess food into yard waste bins, with some providing countertop containers to hold the scraps for a few days before taking it outside. Some areas can get exemptions for parts of the law, like rural locations where bears rummage through trash cans.

The food waste will go to facilities for composting or for turning it into energy through anaerobic digestion, a process that creates biogas that can be used like natural gas for heating and electricity.

But California composting facilities face a strict permitting process to take food waste alongside traditional green waste like leaves and only a fifth of the state’s facilities may currently accept food waste.

The state also set a 2025 goal of diverting 20% of food that would otherwise go to landfills to feed people in need. Supermarkets must start donating their excess food in January and hotels, restaurants, hospitals, schools and large event venues will start doing so in 2024.

The donation part of California’s law will contribute toward a federal goal of cutting food waste in half by 2030.

Davis is among California cities that already have a mandatory food recycling program. Joy Klineberg, a mother of three, puts coffee grounds, fruit rinds and cooking scraps into a metal bin labeled “compost” on her countertop. When preparing dinners, she empties excess food from the cutting board into the bin.

Every few days, she dumps the contents into her green waste bin outside that is picked up and sent to a county facility. Unpleasant countertop bin smells haven’t been a problem, she said.

“All you’re changing is where you’re throwing things, it’s just another bin,” she said. “It’s really easy, and it’s amazing how much less trash you have.”

The state’s two most populous — Los Angeles and San Diego, which together account for about one of every eight Californians — are among cities that won’t have their programs ready for all households next month. 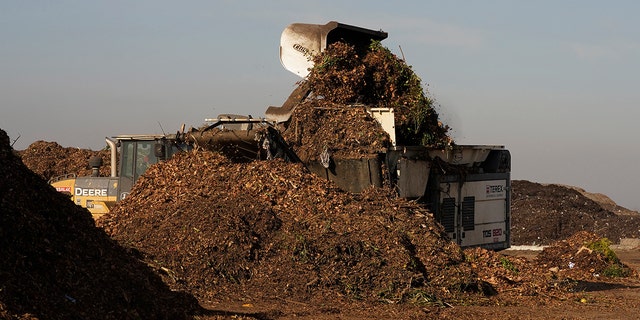 Garden waste is dumped into a grinding machine with other compostable items at the Anaerobic Composter Facility at the Yolo County Central Landfill in Woodland, California, Tuesday, Nov. 30, 2021.
(AP Photo/Rich Pedroncelli)

That’s because it takes time to buy the necessary equipment, like green waste bins for homes that don’t already have them for yard waste and to set up facilities to take the material. Trash collection fees will go up in many places.

Like Davis, CalRecycle wants to focus more on education and less on punishment. Governments can avoid penalties by self-reporting to the state by March if they don’t have programs in place and outlining plans for starting them. Cities that refuse to comply could eventually be fined up to $10,000 per day.

Prue hopes San Diego residents will quickly realize the importance of recycling food waste after the program starts next summer.

“Hopefully before they know it, it becomes second nature,” he said.