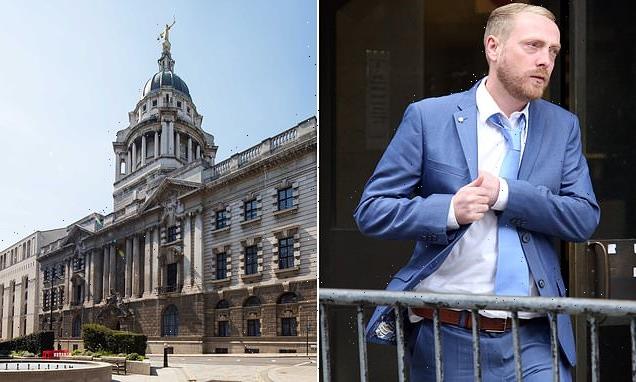 A cab driver shared 12 explicit photos of a former partner with a WhatsApp stag group, a court heard today.

James Taylor left his victim feeling like a ‘piece of meat’ after the pictures became the main topic of conversation at the next day’s wedding, the Old Bailey was told.

The 39-year-old shared the images in the early hours of November 30, 2019 after Taylor got drunk on free drinks tokens.

They were sent to ‘quite a large group of men’ numbering around 15, said prosecutor Alex Matthews. 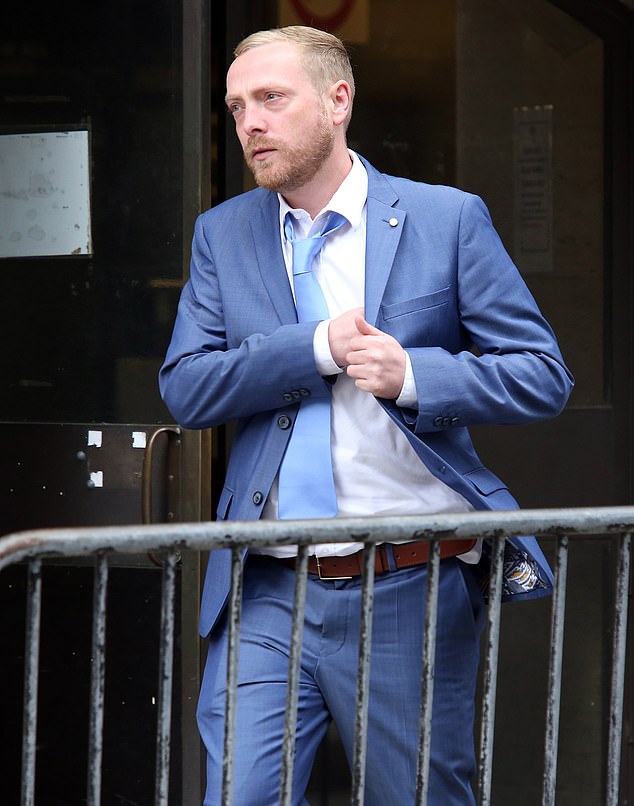 Taylor knew some of the men, but others were complete strangers.

Ms Matthews said: ‘The messages were shared within a stag do WhatsApp group and did make their way beyond that group and were the discussion of a wedding the next day.

‘The Crown has been unable to seize the thread of messages that have led to those photos being uploaded to the group.

‘He voluntarily gave up his phone but by the time that was done that thread had been deleted, possibly to get rid of the thread of images, we do not know.’

Messages were recovered of Taylor saying things such as, ‘I’m going to lose my job’ and ‘I might cry at work’, after his friends confronted him about what he had done.

Taylor shared the photographs while under the influence of alcohol, which he had developed an unhealthy relationship with, the court heard.

But his lawyer, Parveen Mansoor, insisted he no longer has a drinking problem.

The victim was alerted to the images by her best friend after she heard gossip at the wedding.

In a victim impact statement, the complainant said the situation made her feel, ‘worthless, anxious and most of all awfully stressed’.

She said: ‘The moment I found out… my body felt totally numb. I strongly believe James’ alcohol problem contributed to his actions on that day.’ 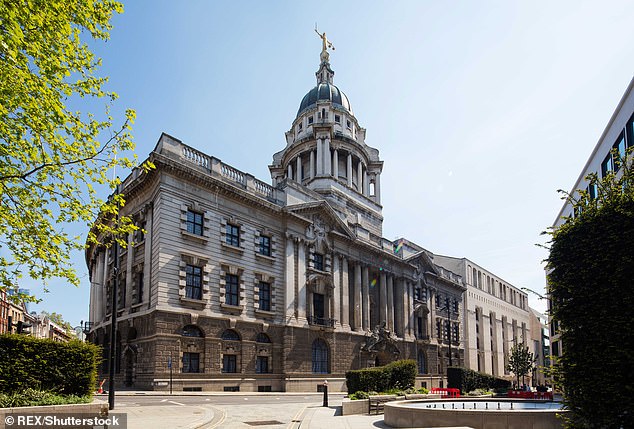 The 39-year-old shared the images in the early hours of November 30, 2019 after Taylor got drunk on free drinks tokens, the Old Bailey heard

The victim said it was an ‘act of revenge’ and that the messages were ‘sent out of spite.’

‘I felt as though I’d been treated as a piece of meat,’ she continued, adding that it made her feel ‘guilty’ about taking the photos in the first place.

‘My family felt so sad for me and hugely disappointed in James’ action,’ she said.

‘My self-confidence will never be the same again.’

She called for Taylor to take part in a rehabilitation programme to address his ‘drinking and drug problems’.

Taylor, who has been granted unconditional bail, is now in full-time employment driving vehicles up and down the country – a job which requires him to be sober.

His current partner and mother attended court to support him.

Taylor, of Bayly Road, Dartford, Kent, admitted disclosing private sexual photos with intent to cause distress on the first day of his trial.

He appeared in court wearing a blue suit, brown brogues and a light blue tie and will be sentenced at the Old Bailey later today.