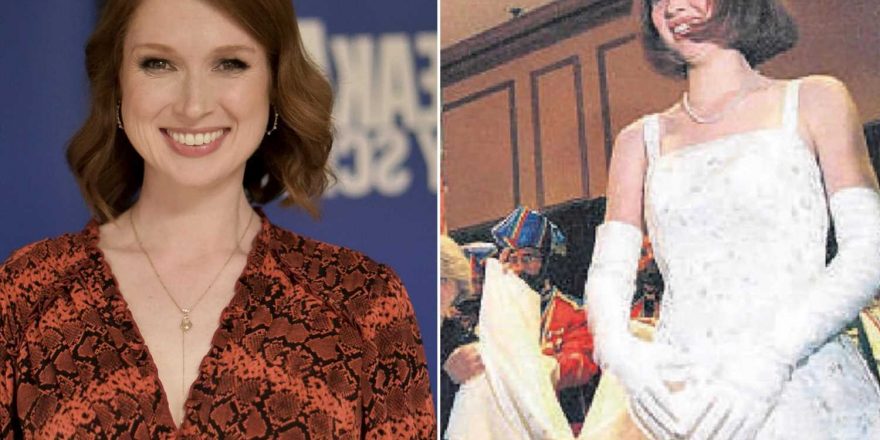 Celebrities will lecture America, but apologize — like John Cena — to China

Jeff Bezos affair saga is even more embarrassing than you thought

Meet Nick Clegg, a British nerd who decides what Americans can read on Facebook

The publishing industry has turned into modern-day book burners

The latest evidence that we’re living in Salem 1692 was the manufactured outrage about “Unbreakable Kimmy Schmidt” star Ellie Kemper, a gifted actress who is guilty of absolutely nothing.

Yet thanks to some idiots on social media, and some practitioners of journalism who ought to know better, she will apparently now forever be considered some sort of adjunct KKK princess by stupid people for the crime of having attended a debutante ball as a teen.

“Yes, The Office’s Ellie Kemper Was Beauty Queen of a Racist Ball — and She Was Escorted by a Bush” ran a typical headline in The Daily Beast, the online wokester version of the Weekly World News, only without the adorable pictures of baby vampires.

Chimed in the Daily Mail, “Ellie Kemper faces backlash after ‘racist’ pageant photo resurfaces.” The Daily News screamed, “ ‘The Office’ star Ellie Kemper called out for once attending debutante ball with racist history.” That’s like saying everyone who ever went to Six Flags Great Adventure should be “called out” for attending a park with racism embedded in its very name (one of the flags in question is the one flown by the Confederate States of America).

The Daily Beast story starts to dissolve in its own juices in the subhed, “The ‘Unbreakable Kimmy Schmidt star was Queen of the Veiled Prophet Ball as a teen in 1999. It was founded by a Confederate soldier but its ties to the KKK are tenuous at best.” Well, that’s quite a comedown, from “racist” in the headline to a “tenuous at best” link to the KKK right below that. As the story went on it debunked itself. The problem is that a sound debunking doesn’t quite stick to people’s minds as well as “KKK princess.”

Even “tenuous” is too strong a word for the nonexistent link between Kemper and the KKK. The Veiled Prophet ball is an old St. Louis tradition that was founded in 1878 by an ex-Confederate, but it isn’t linked to the Klan. A hooded costume worn at the first ball looked like the outfit later adopted by Klansmen more than twenty years later; first-generation Klansmen didn’t have a uniform.

Essentially the VP ball was just a party where rich people celebrated themselves, dolled up with silly details meant to make it seem mystical. If you lived in St. Louis, you’d be bored, too. The more eccentric aspects of the VP ball were dropped one by one and it became a Fourth of July party.

The stories got going after some excitable person on Twitter contrived a link between Kemper and the Klan over the picture of her being crowned “Prophet Queen” in the 1999 ball, when she was 19. “i mean ….. ellie kemper was apparently crowned in a legit kkk beauty pageant,” wrote one user. “So no one gonna tell me Ellie Kemper aka kimmy Schmidt was crowned KKK queen in 1999,” wrote someone else. “Ellie Kemper being a KKK princess is so random I’m not even sure to begin with the questions,” wrote a third.

Twitter greatly magnified the problem by labeling Kemper a top trending topic, meaning its editors chose to make her their equivalent of front-page news.

Was this actual news? No. The whole episode was in a major newspaper when it happened 22 years ago. The Atlantic did a big story on the ball in 2014. Did Kemper say or do anything racist? No. Is the event itself closed to blacks? No, although it was segregated until 1979. (A lot of things were segregated then; as late as 1992, when he was running for president, Bill Clinton still golfed at an all-white country club, as did many other prominent Americans, especially in the South).

Ellie Kemper had not yet been born in 1979, but the “Hey, let’s destroy a person’s reputation for clicks and attention” crowd can’t be bothered with details like determining whether someone actually did anything wrong.

Social media, and the media in general, is becoming more and more like a witch trial every day. Point at someone, yell “racist” and watch them get burned at the stake. If they deny it, they’re privileged. If they issue some groveling apology for something they didn’t do, they’re canceled.

Kemper was defamed in a sordid tale of guilt by association, but no one’s reputation survives if we play that game. Hey, are you carrying a New York state driver’s license? Did you know the slave trade continued in this state as late as the 1850s? Hell, the guy the state is named after, the Duke of York, was a slave trader. Why are you carrying a salute to a racist in your wallet, racist?