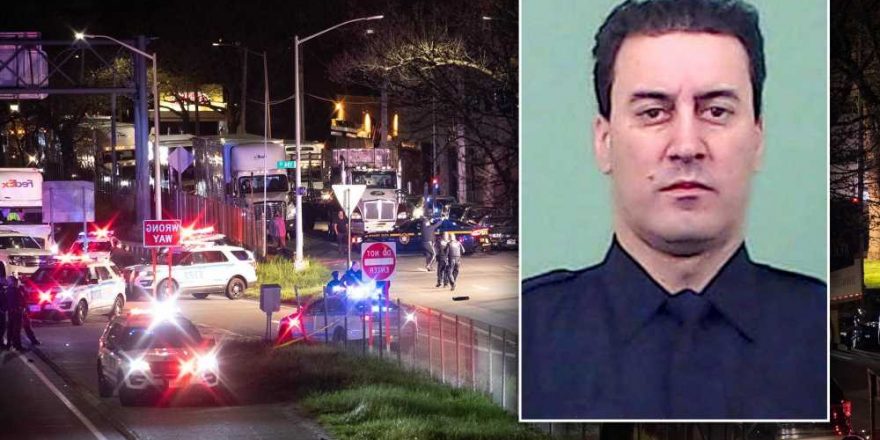 Brother of NYPD cop killed by drunk driver speaks out

NYPD cop dies after being struck by drunk driver in Queens

The NYPD cop who died from his injuries after being hit by a drunk driver in Queens early Tuesday was “an amazing guy” who adored playing with his two children and fixing up the house he’d just bought, his brother told The Post.

“He had his whole life ahead of him and it was just cut short,” Teddy Tsakos said of his brother, Anastasios Tsakos, as he prepared to board a plane from North Carolina to be with his family in New York.

He said his brother loved playing with his 6-year-old daughter and 3-year-old son, was a skilled woodworker and rode his motorcycle to work every day.

He was also meticulously neat.

“Everything was a certain way,” Teddy Tsakos recalled. “I remember his room, everything had to be a certain way. He was very meticulous.”

“If I were to walk in his room and walk back out, he would know I walked in,” he added.

Anastasios Tsakos, 43, had just bought a home in East Northport and “was excited about that — he was fixing it up,” his brother said.

Teddy Tsakos said his brother also had a pilot’s license but “didn’t have a lot of hours” — although he initially wanted to work for an airline before joining the force.

The married, 14-year NYPD veteran was investigating an accident on the Long Island Expressway early Tuesday when he was struck by a 2013 Volkswagen around 2 a.m.

He was rushed to New York-Presbyterian Queens hospital, where he died.

Police arrested Jessica Beauvais, 32, nearby and charged her with vehicular manslaughter, reckless endangerment, fleeing an officer in a vehicle and leaving an accident resulting in death, among other charges, police said.

Beauvais was being held at the 107th Precinct stationhouse and will be arraigned sometime Tuesday.

“I am literally sick to my stomach,” Tsakos’ East Northport neighbor Moyra Bletsch said Tuesday. “I said, ‘Wow, this is so nice. He is turning into a wonderful neighbor’ — and we’re not getting a chance to do that. We’re all just sick.”

Two other NYPD widows were among the visitors to the dead cop’s wife, Irene, on Tuesday.

Kathy Vigiano and Margaret McDonnell, who lost their husbands in the Sept. 11, 2001 terror attacks, are members of Survivors of the Shield and wanted to show their support.

“It’s a hard time,” McDonnell said. “I think we just want them to know they’re not alone. That we’ve all have thought it, but every circumstance is different.”

“Privacy is important to her,” she said. “She’s still trying to accept what happened, I think.”

Added Vigiano: “It’s difficult for the family. We’re just here for her.”