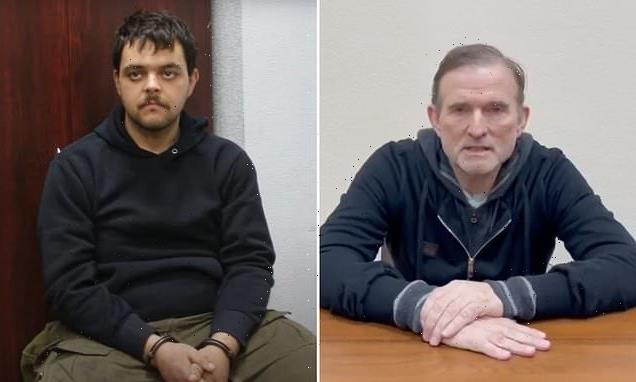 The mother of captured British soldier has spoken with her son for the first time since his capture in Mariupol with captors telling her to ‘press Boris Johnson for a swap deal’.

Ang Wood, mother of captured Aiden Aslin, said she was called by Russian captors telling her to be available for a video call over Facebook messenger on Thursday morning.

After several delays, the captors pressed Aiden, 28, to tell her to personally pressure the Prime Minister for him to be freed in exchange for pro-Kremlin politician Viktor Medvedchuk.

Ang also said her son appeared to be being treated well and was being fed, watered and had even been given a e-cigarette. 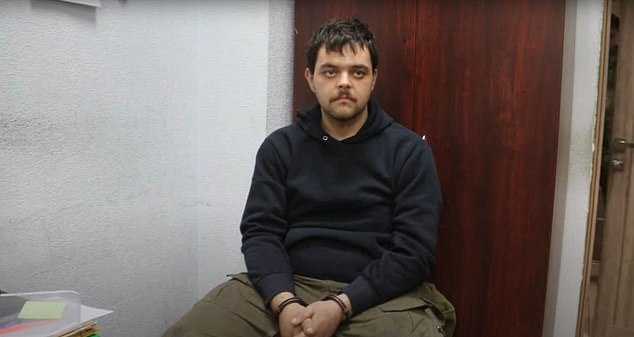 Russian captors pressed Aiden, 28, to tell his mother to personally pressure the Prime Minister for him to be freed in exchange for pro-Kremlin politician Viktor Medvedchuk.

‘What they wanted was for me to to press Boris Johnson for this swap deal involving Viktor Medvedchuk.

‘I had to say that, with the greatest of respect, I didn’t have the Prime Minister on speed dial.

‘I could hear his Russian captors talking in the background. There were pauses where Aiden was being told what to say, that he had to do this, had to do that.

‘They want Viktor and are willing to swap Aiden for his release.

‘I told them that they will need to start talking to the Ukrainians. It is them that hold Viktor Medvedchuk.

‘Obviously our guys can’t release him because we don’t have him.

‘Maybe the Ukrainians will act as some small return for all of the military equipment and support Britain is giving them.’

Ang said the Russians seemed to want her to know that Aiden was now being treated well.

She added: ‘He said that he had now had some sleep, had eaten, and had been given a vape.

‘I told them that I expected them to treat him humanely and adhere to the terms of the Geneva Convention because he is a prisoner of war – a soldier in the Ukrainian army and has been for nearly four years.

‘He is not a mercenary, not a spy, as they have claimed before.

‘Aiden said he knew nothing of what was happening in the outside world.

‘I described what was happening in Ukraine to him – that Ukraine was in bits – said that we were all well and told him that he was on every front page and on the TV news. His story was being told.

‘He knows now that his situation hasn’t been overlooked and that he and Shaun Pinner [the second Brit soldier captured at Mariupol] are cared about, and they are cared about.

‘Today I received a lovely card from a lady whose son was held a prisoner of war which was simply addressed to ‘Angela Wood, mother of Aiden Aslin – a prisoner of war in Russia – Newark’ and somehow Royal Mail got it to me.

‘He seemed OK. He seemed better in the video I was sent yesterday, he wasn’t handcuffed.

‘Far better than he did in that first video of his interrogation or the second by that pro-Kremlin from Nottingham, Graham Phillips. I was left thinking ‘what is their game?’

‘After the phone call, it became clear. Their demands seem set. I just hope something can be done, and soon. 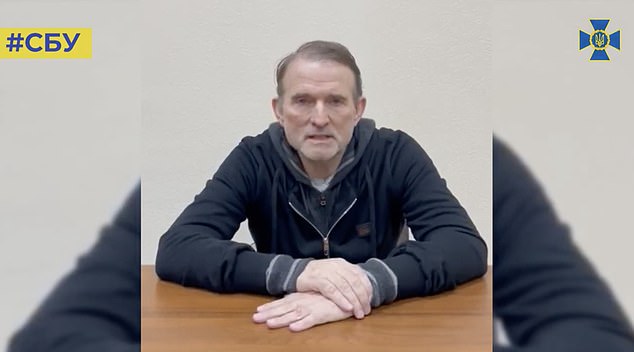 The idea of a prisoner exchange came originally from Medvedchuk’s wife Oksana in a video message sent to Ang after he was recaptured by the Ukrainian military following a period on the run after escaping house arrest.

The suggestion was then repeated by Medvedchuk in a Ukrainian intelligence services’ video, before it was picked up by the Russians and repeated by both Aiden and his friend Pinner in their televised addresses.

Ang added: ‘He knew nothing about Viktor Medvedchuk’s wife sending me the video asking for the swap that kicked all of this off.

‘I asked him what would happen if he and Shaun were swapped and he said that they would be released into the community, free to find their own way home.’

Russia’s foreign ministry said that the British fighters who were captured in Ukraine by Kremlin troops were being fed, watered and given necessary help.

Foreign ministry spokesman Maria Zakharova said: ‘Don’t worry, the Russian side is taking care of them.

‘They are fed, watered, and given the necessary assistance. Just like other foreigners who have surrendered or been detained.’