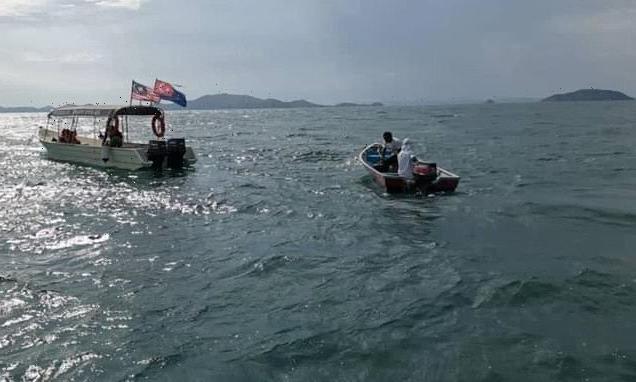 A British man, 46, and boy, 14, are among four European divers missing off a Malaysian island.

An 18-year-old French woman and a 35-year-old Norwegian woman are also among the group which authorities are now searching for off the southeastern coast of Malaysia.

A hunt involving boats from the coastguard, the police and the fisheries department was launched at 2:45pm (6:45am GMT), senior coastguard official Nurul Hizam Zakaria said in a statement. 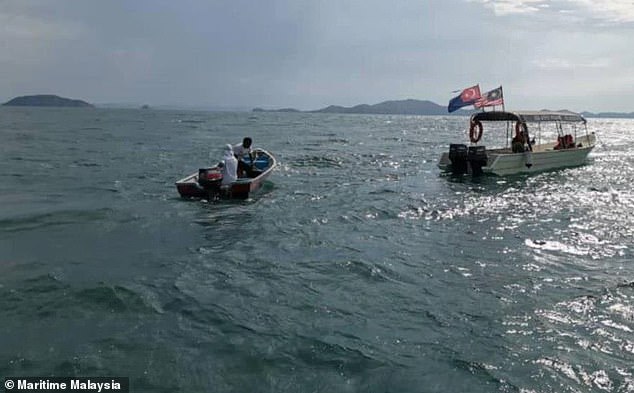 A British man, 46, and boy, 14, are among four European divers missing nine miles of a Malaysian island. Two boats are pictured in the search area off Pulau Tokong Sanggol island today

The island where they disappeared, Pulau Tokong Sanggol, is about nine miles (15km), off the Malaysian coast.

The area is popular with foreign and domestic visitors – there are resorts dotted along the coast and on nearby islands.

Diving accidents, while rare, do occasionally take place in Malaysia.

In 2013, a British tourist died when she was struck by a passing boat’s propeller while diving off resort islands in the South China Sea.

The tropical Southeast Asian nation’s white-sand beaches and lush rainforests have long made it a major draw, but the tourism industry was hit hard by travel curbs during the coronavirus pandemic.

The country’s borders reopened to foreign tourists last week after a two-year closure.