A BRIT is among four people who have been injured after a grenade was hurled at a Remembrance Day ceremony in Saudi Arabia.

Police have said a man has been arrested over the incident, and police sources described it as a "terror attack". 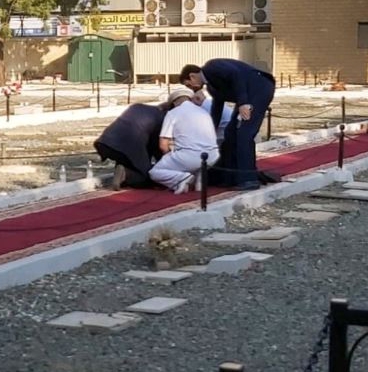 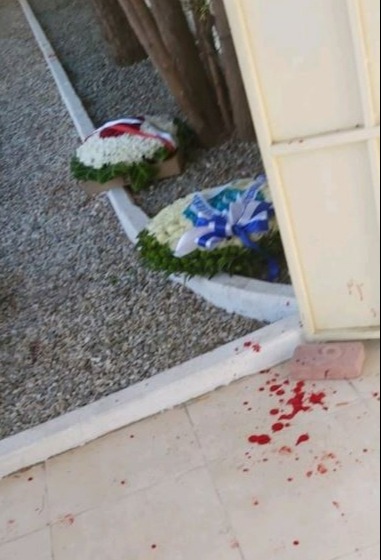 France's foreign ministry confirmed a number of people were wounded in the blast at a non-Muslim cemetery in the Saudi city of Jeddah.

The attack occurred as several diplomats from Britain, France, Greece, Italy and the USgathered at the remembrance ceremony organized by the French embassy.

The Sun Online understands one Brit has suffered minor injuries in the explosion.

French officials have urged their nationals to exercise "maximum vigilance" and to avoid all gatherings in Jeddah.

Unverified pictures allegedly from the scene show splatters of blood on the ground and at least one person receiving medical care.

George Malbrunot, who works for French newspaper Le Figaro, reported a "grenade was thrown" at the ceremony taking place on Armistice Day.

The veteran reporter, who was once held hostage in Iraq, reports the weapon was hurled over the wall during the service.

He said a diplomatic source had described it as an "isolated act" and the victims are reported to include a Greek national and a Saudi guard.

"It is being investigated as a terrorist attack against foreign dignitaries", said a police source.

"Those present included British, French and Greek diplomats. There are numerous casualties."

It comes after a security guard was stabbed at the French consulate also in Jeddah just 12 days ago.

France has become the focus in a row over cartoons of the Prophet Mohammed published by Charlie Hebdo which has brought a new wave of terror to Europe. 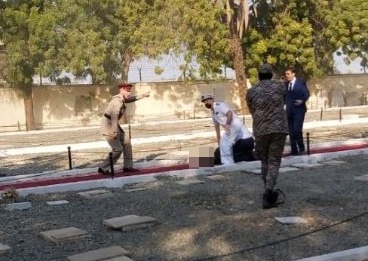 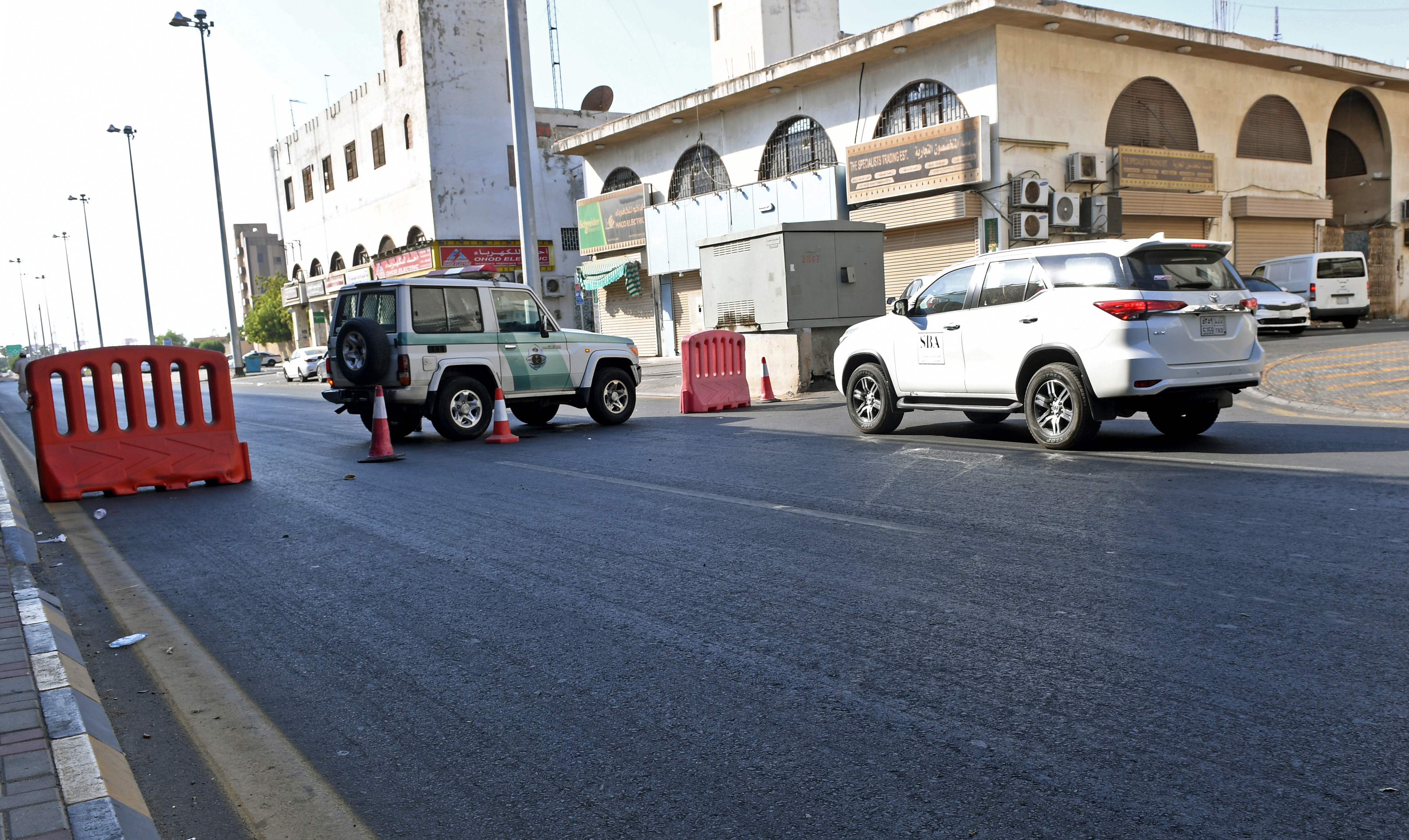 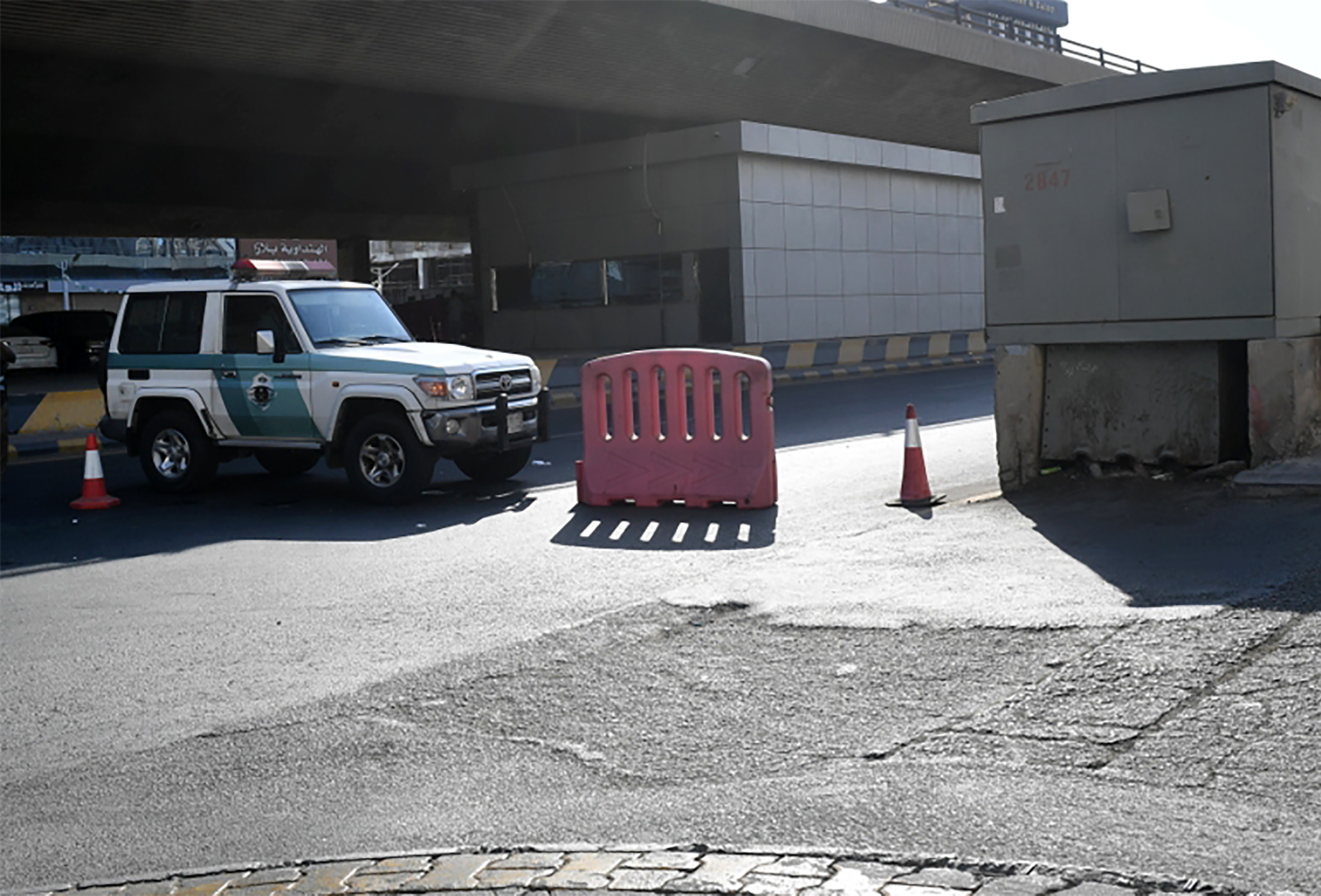 Saudi Arabia's state TV showed footage of the streets around the cemetery and said the situation was now "stable".

Conservative MP James Cleverly said: "This morning, a remembrance ceremony in Jeddah was the target of an improvised explosive device attack.

"I have full confidence the Saudi Authorities will investigate this attack and prosecute those responsible for this cowardly act."

French senator Damien Regnard tweeted: "All my support to our compatriots in Saudi Arabia and in Jeddah."

France has been targeted by several attacks in recent months as it refused to condemn the Mohammed cartoons as it defends it values on free speech.

The Saudi government communications office did not immediately respond to a request for comment by news agency Reuters. 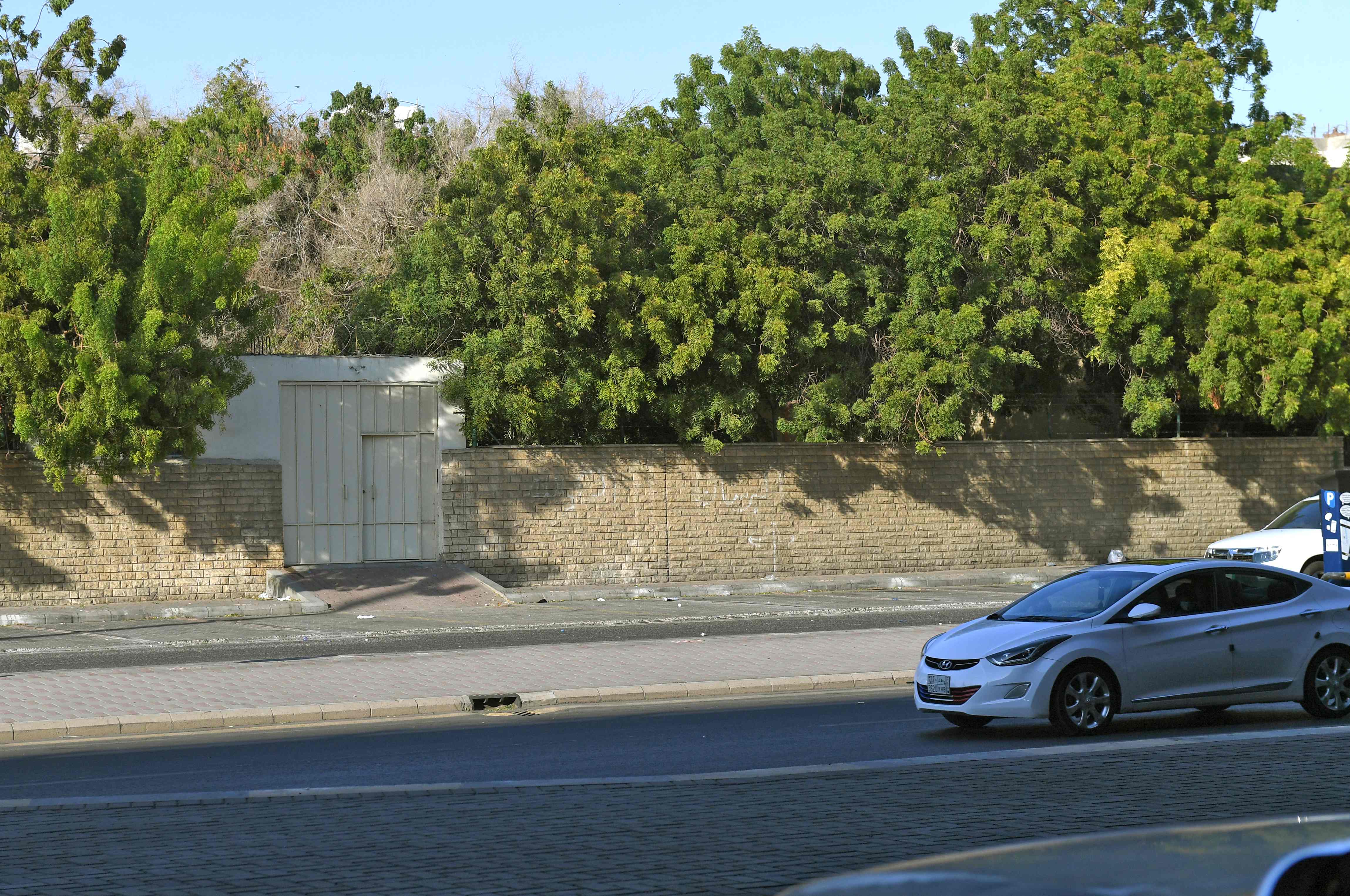 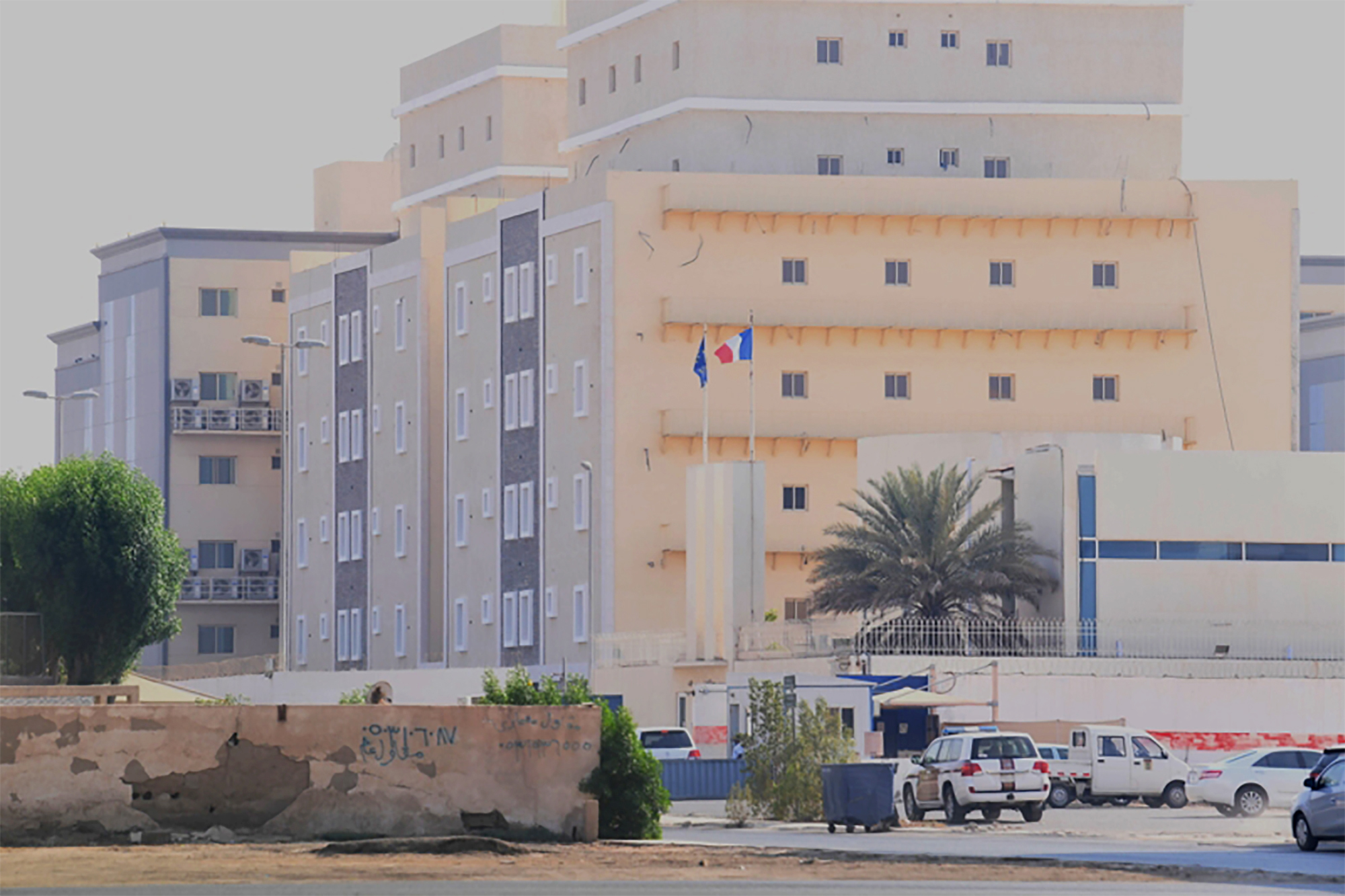 In a statement, the French foreign ministry told AFP: "France strongly condemns this cowardly attack that nothing can justify."

It added: "The embassies that were involved in the commemoration ceremony condemn this cowardly attack, which is completely unjustified.

"They call on the Saudi authorities to shed as much light as they can on this attack, and to identify and hunt down the perpetrators."

The US Consulate in Saudi Arabia has reportedly issued a warning following the reports of the attempted attack.

It reads: "The US Consulate-General in Jeddah is following an explosion that occured at the non-Muslim cemetery in central Jeddah.

"American citizens are advised to avoid the nearby area and exercise caution in public places." 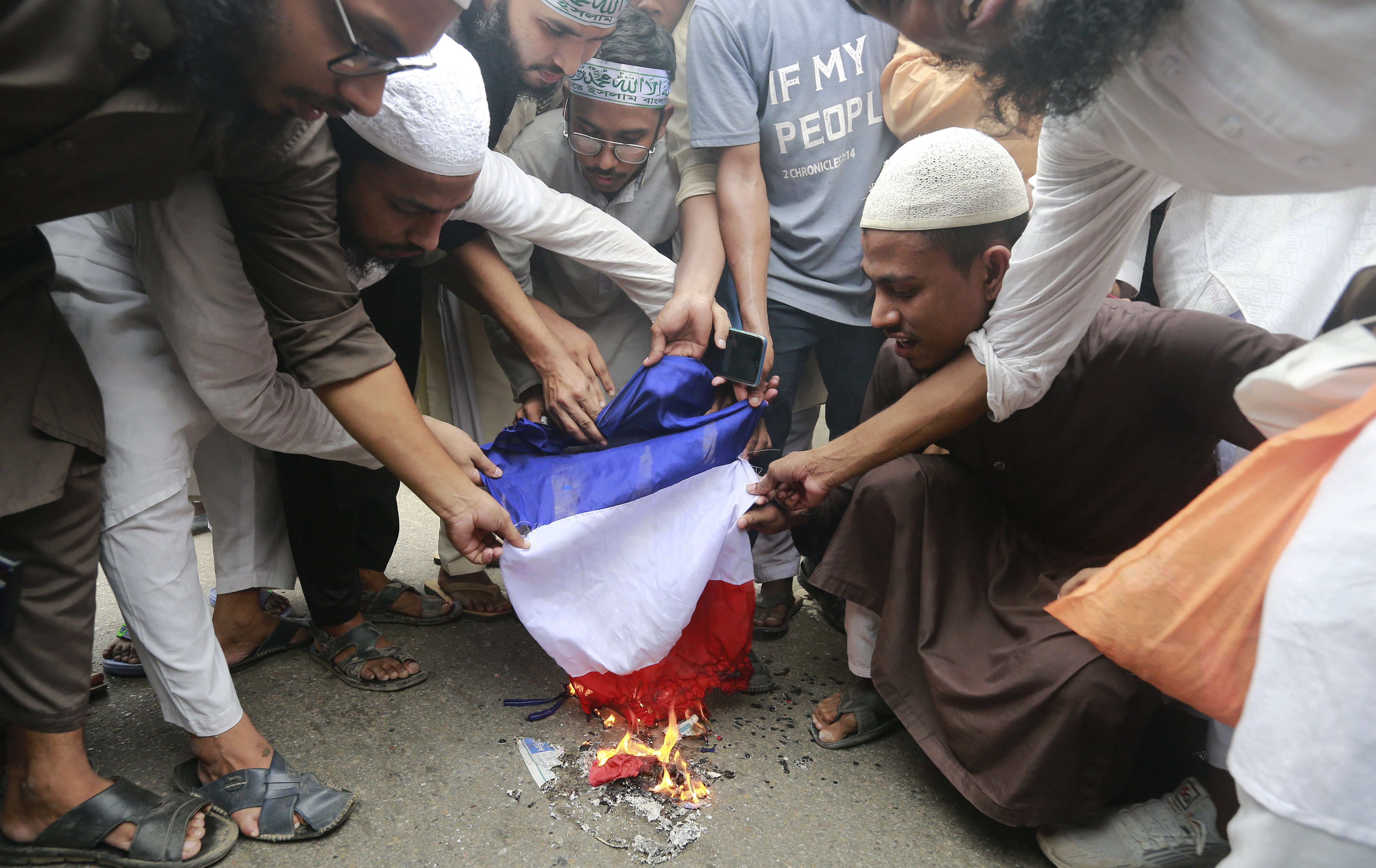 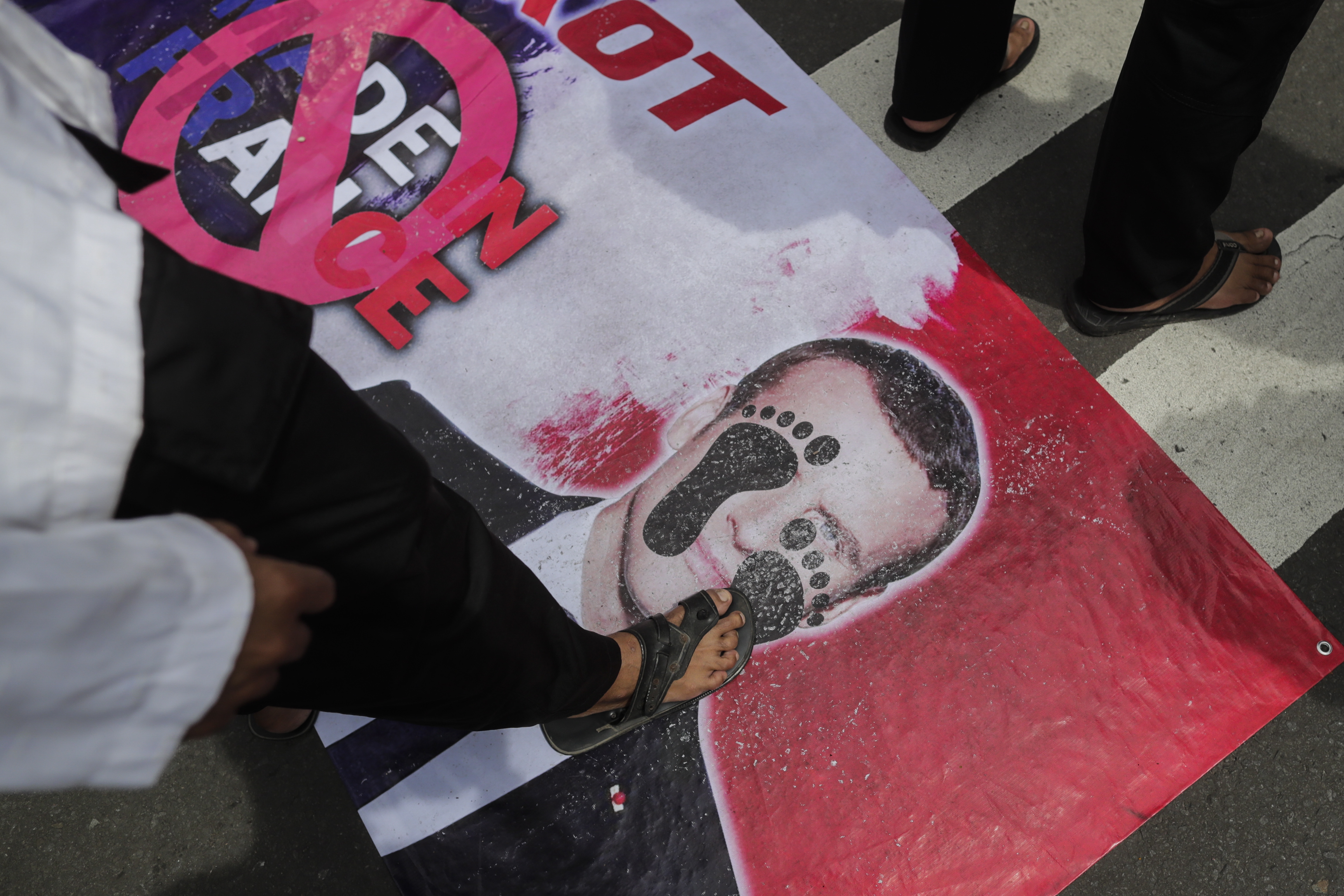 Prophet Mohammed cartoons have been displayed in France in solidarity after the beheading of Samuel Paty, a teacher who used the images to educate his class on free speech.

Two weeks ago an ISIS-supporter beheaded a woman and killed two others in a bloody rampage in a church in Nice.

Reports of the attack on the ceremony come as the world marks Remembrance Day – also known as Armistice Day.

Several countries are marking the 102nd anniversary of the armistice signed by Germany and Allied countries to end the war.

Macron hosted a summit of European leaders on Tuesday to plot a joint approach to combating Islamist radicalism after four people were killed in a shooting rampage in the heart of Vienna last week.