A BRIDE filmed brawling in her wedding dress has claimed she was trying to stop a group of rowing strangers from ruining her big day.

Self-professed 'bridezilla' Zoe Dallimore, 31, was filmed tussling on the ground of a playing field on the night of her wedding to husband David. 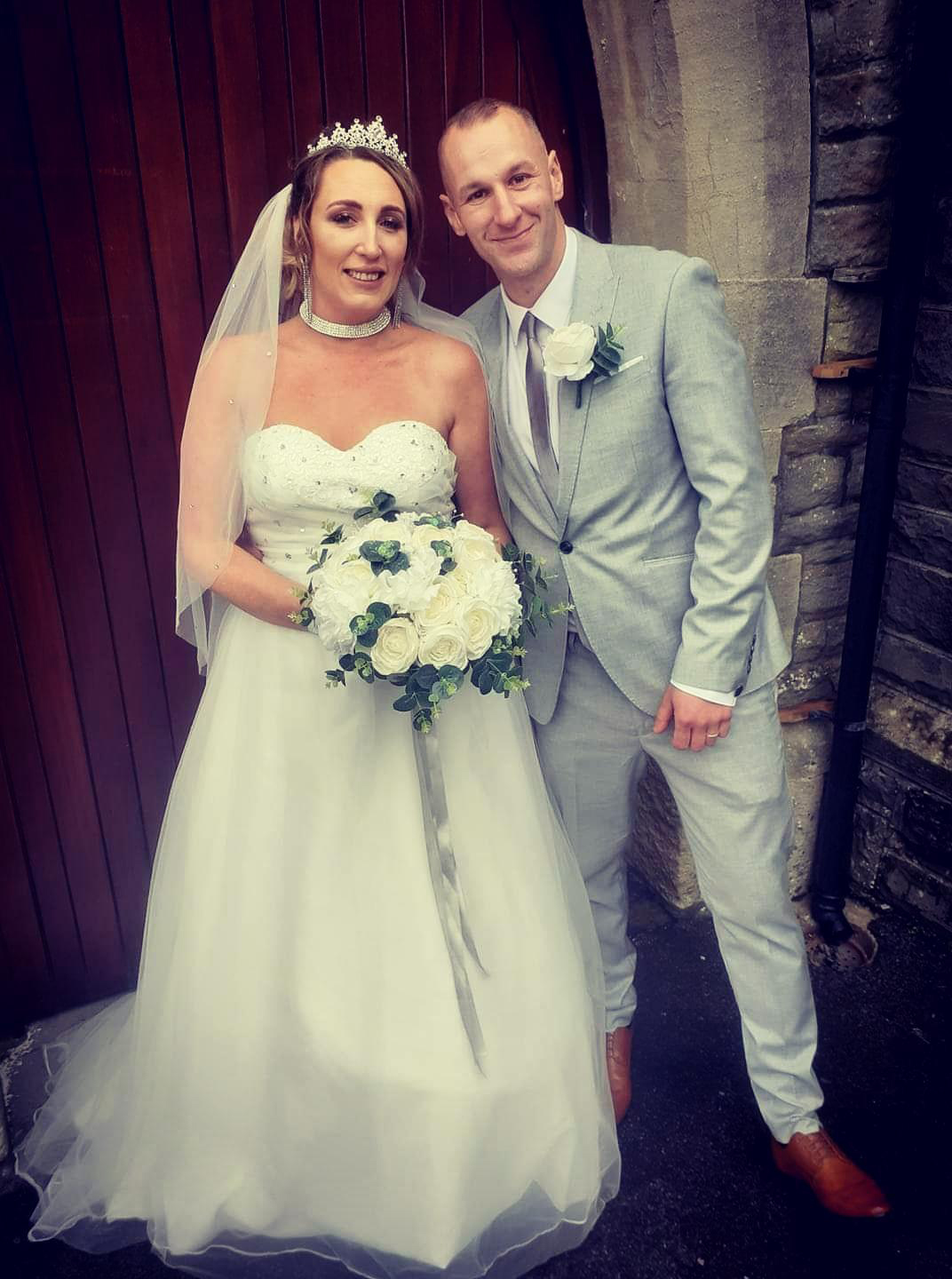 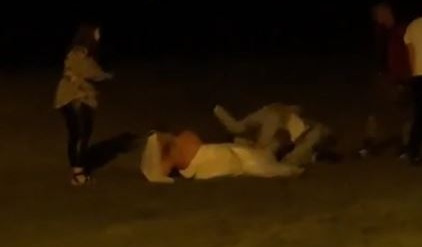 But today the mum-of-five claimed she was just trying to stop others from fighting after a row broke out among a group of strangers outside the rugby club wedding venue in Penlan, South Wales on Friday.

Zoe told the Sun Online she was so "mortified" once she learned of the viral video, that she and David cut their honeymoon short over the weekend.

She said she has refused to watch the footage back and trying to make light of the situation, joked: "Just call me bridezilla."

The mum-of-five from Penlan on the outskirts of Swansea, said: “We’d had a fantastic day and around 10.30pm me and David were ready to go home.

“We decided to walk because we only live 10 minutes away from where we had the reception at Penlan Rugby Club.

“As we were leaving, a small group of people outside the club were having an argument. I still don’t know who they were or what they were quarrelling about but I didn’t want anything to spoil our great day so I walked over and told them to calm down.

“I said very politely: ‘It’s my wedding and I don’t want you to spoil it by arguing so please calm down and break it up now.’”

The video appears to show the bride grappling with someone on the ground.

But she said: “I didn’t throw any punches or get punched."

“One of our friends did fall to the ground because she’d had a bit to drink and the velcro strap on her shoe got caught, but she wasn’t fighting either.” 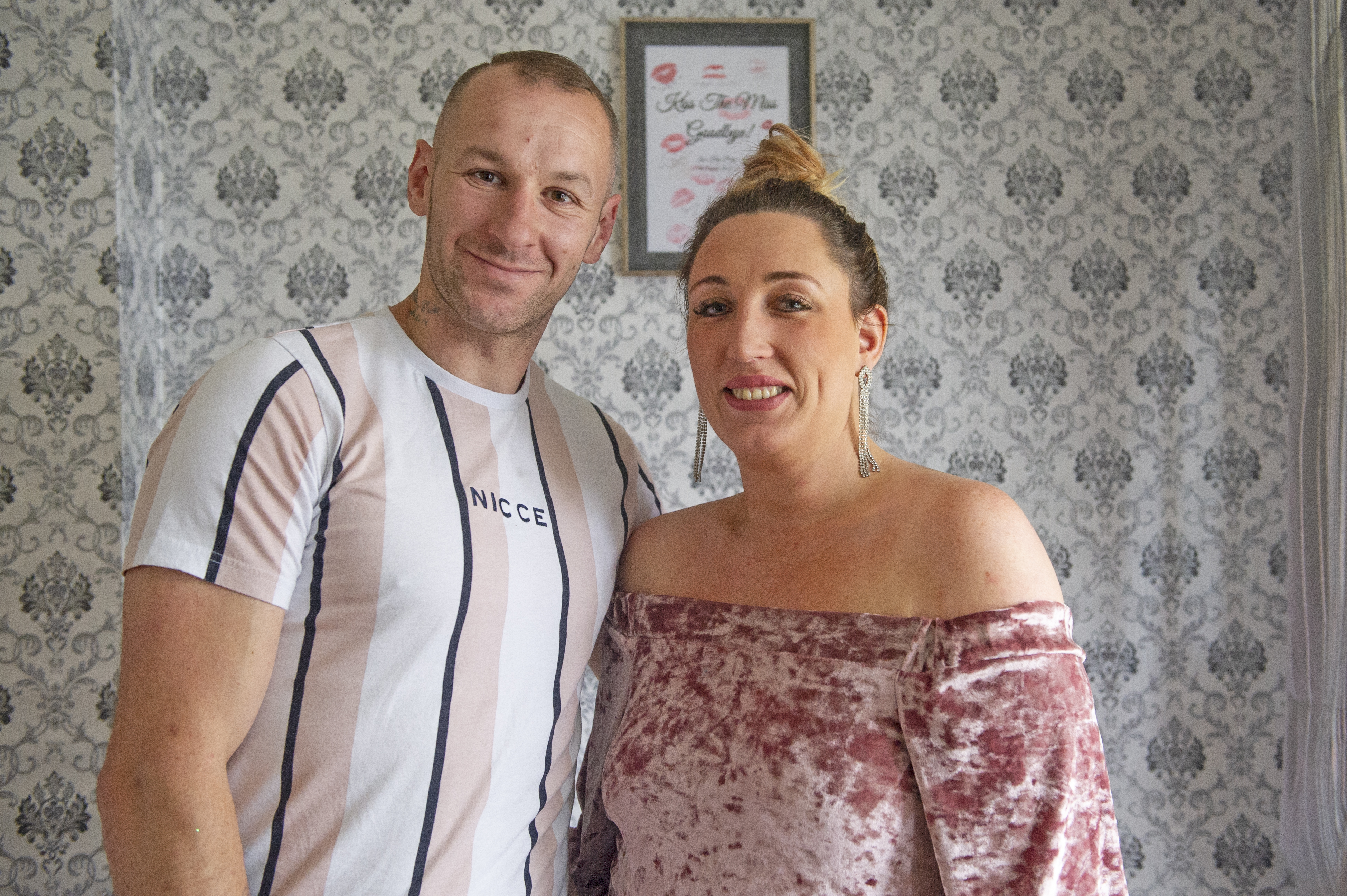 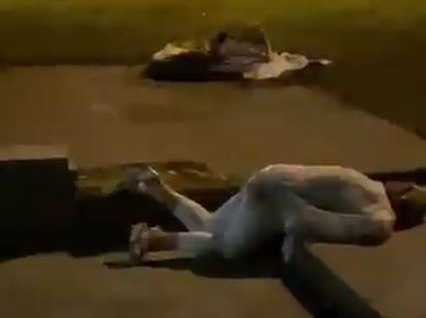 Police confirmed officers were called to reports of a disturbance, while a spokesman for the rugby club said: "It was a private function and no one affiliated with the club were involved."

Zoe said she received a barrage of text messages from friends to warn her the clip had gone viral on social media, while husband David said he was told about the video by a pal in Texas.

“It had gone around the world in a matter of hours,” he said.

The couple were on their honeymoon in Tenby, West Wales, when they were told of the video’s existence.

Zoe said: “I burst into tears and didn’t stop crying the whole time we were there so we decided to come home last night, even though we’d booked a week in a lovely hotel by the sea.

“I was so miserable – I still am – knowing this horrible video was doing the rounds.

“I couldn’t enjoy my honeymoon so we came back early.

“Although we had the best day of our lives, this video has ruined it now.

“My friends have been kind. They ring me up and say they know I’m not a trouble-maker and I try to laugh it off by telling them: ‘Just call me Bride-zilla from now on.’

Zoe said her day got off to a tricky start when the rugby club venue manager called her to say the marquee for the party of 30 wedding guests had blown away in high winds battering the South Wales coast.

But she was assured that despite being moved inside the club, it would remain a “private” party, she said.

“These people who were arguing had not been invited,” Zoe said. “We’d seen some of them, including the guy who took the footage on his phone, inside the club drinking at the bar earlier in the evening.

“They shouldn’t have been there and they have wrecked the biggest day of my life.

“Up until then we’d had the most fantastic day. We got married in church – St Peter’s in Cockett – and it was amazing. Nothing can take away those wonderful memories.”

A spokesman for Penlan RFC said that staff phoned the police when the fight broke out on Friday night.

The club said in a statement on Facebook: "We are aware of a video being circulated from last night at the club, after a wedding party ended there was a fight outside the club.

"It was a private function and no one affiliated with the club were involved.

"We hope everyone is safe, the club staff phoned the police and had the people removed & the injured people got attention.
"This behaviour can cause life changing injuries. We are lucky we have such good members who have assisted with clean up today."

South Wales Police told The Sun: "We were called to reports of a disturbance at the playing fields near Penlan Rugby club at 11.35pm on Friday 4 September.

"Officers attended and enquiries are ongoing. Anyone with information should contact 101 quoting occurrence 2000324041." 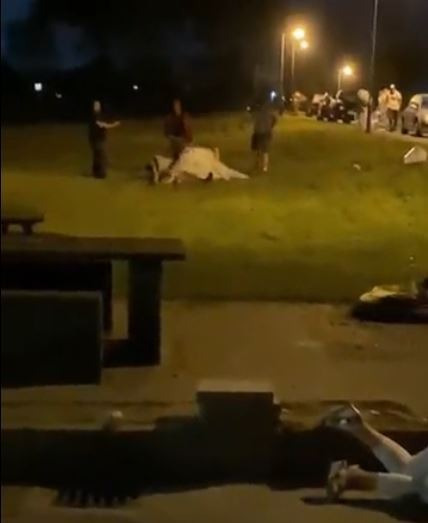 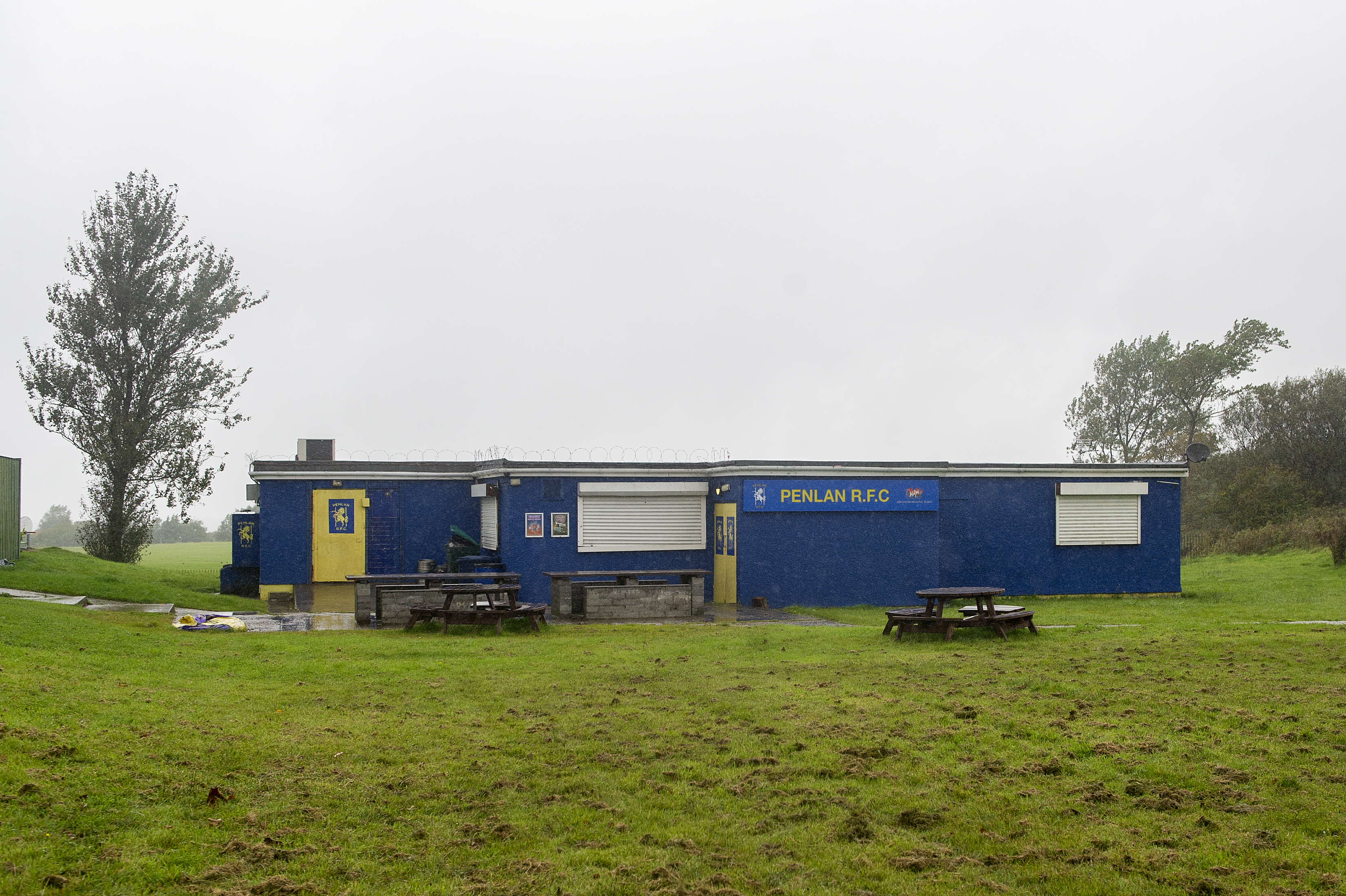 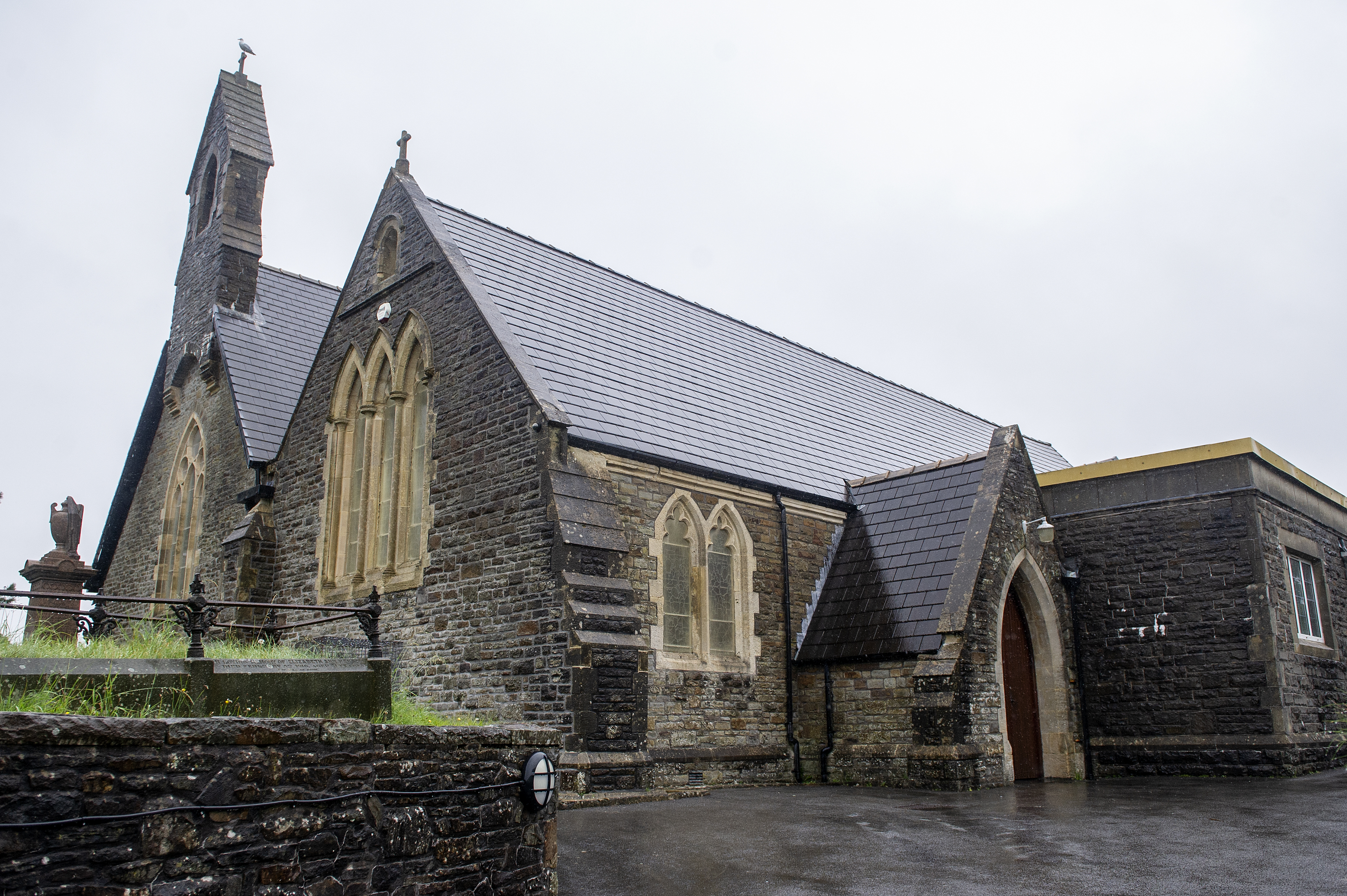