Teddy scare! Little boy runs away in terror after his mother dresses up as a giant toy bear and suddenly starts moving towards him

A mother’s prank went a little too well when she dressed up as a giant teddy bear to surprise her son – and reduced the three-year-old to tears.

Mother Hilda Parrales got inside the plush teddy bear costume and perched on a box in her newly-renovated son’s bedroom in Little Elm, Texas.

As her son Aaron Dibi runs into his superhero-themed room Ms Parrales suddenly jerks the bear’s arms, stopping the shocked boy in his tracks. 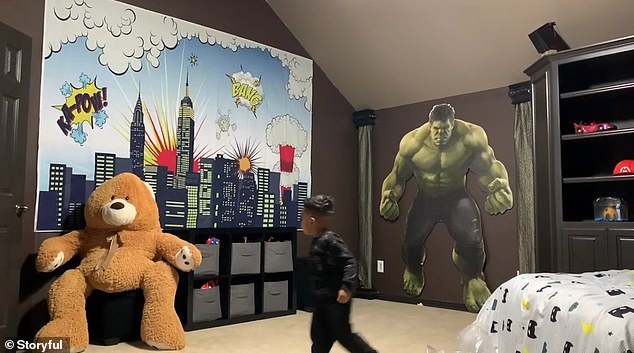 Three-year-old Aaron Dibi stares at the bear after noticing it move in his bedroom in Little Elm, Texas 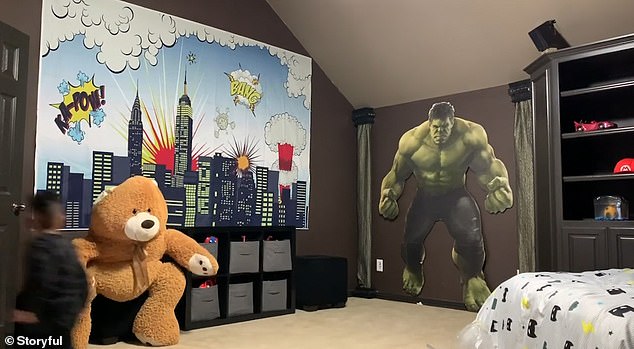 His mother Hilda Parrales, disguised in the bear costume, gets up off the box in the room – and Aaron turns to flee

Suddenly the bear start to stand up and lumber towards Aaron, stretching out its arms as if to give him a hug.

But the shocked boy turns on his heel and runs out of the door, wailing loudly.

A woman out of shot can be heard asking: ‘What are you crying for?’

She said the idea for the prank came to her when she was renovating Aaron’s room – which now boasts a pop art-style picture on one wall and a giant Incredible Hulk cutout on another. She posted the video to Twitter on February 15. 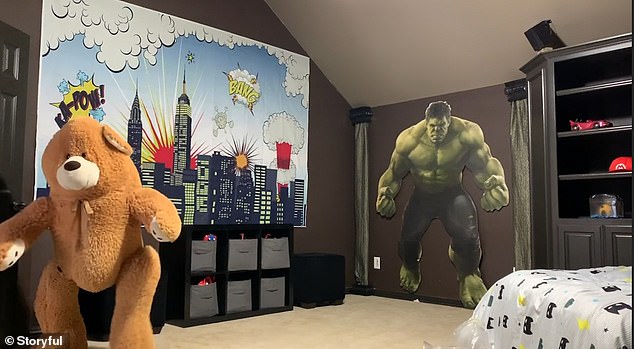