Home » World News » Boy, 4, is 'snatched by a man and carried off to Iceland store 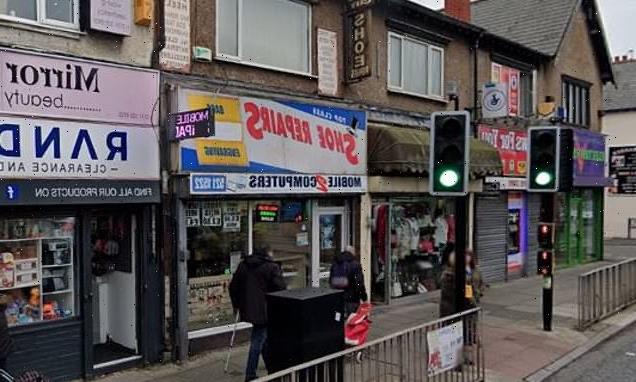 Boy, 4, is 'snatched by a man and carried off to Iceland store

‘Man snatched boy, 4, and carried him off towards Iceland store’ before his desperate mother chased him down and grabbed him back – as police appeal for CCTV and witnesses

A four-year-old boy was reportedly snatched at a shoe repair store and carried away by a stranger in Liverpool while out shopping with his mother.

Police received reports that the young boy was picked up after he and his mother were approached by a man outside Top Class Shoe Repairs on Walton Vale road in Liverpool on Tuesday 10 May at around 12.45pm

The mother alleges the suspect then carried the four-year-old across the road.

She told officers that she followed and grabbed her son back and headed into a nearby shop.

The stranger then walked off in the direction of Iceland, towards Rice Lane, which is 43 yards away from where he picked the boy up in Top Class Shoe Repairs.

Officers say the suspect is described as an Asian man in his early 30s, around 5ft 5in tall, of stocky build.

Police are asking anyone who may have witnessed the incident to contact them with more information, while, the mum posted a warning on Facebook. 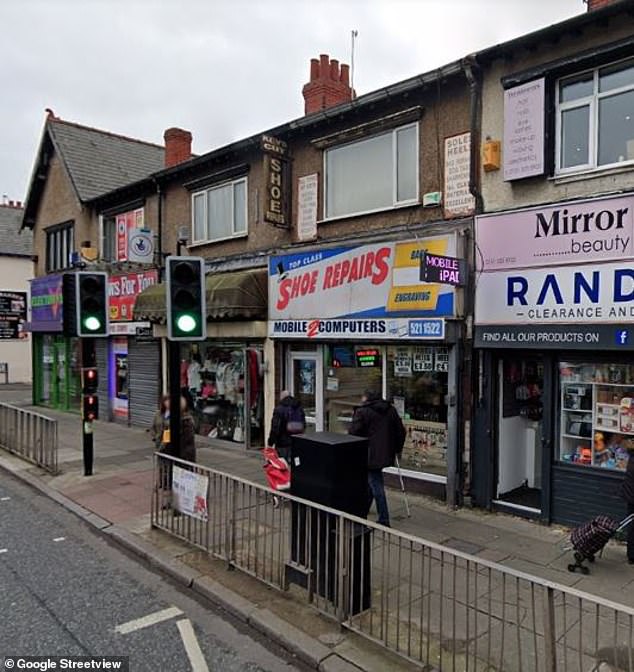 A four-year-old boy was reportedly picked up outside Top Class Shoe Repairs on Walton Vale in Liverpool (pictured), on Tuesday 10 May at around 12.45pm

The warning has been shared by thousands of local residents.

Community Policing Inspector Sarah Rotherham said: ‘We have launched an investigation into this incident to establish the full circumstances.

‘This took place in the day on a relatively busy road and we are appealing for anyone who witnessed the incident to contact us.

‘I also urge people who were in the vicinity at that time to please check your CCTV and dashcam footage which may have captured the incident. 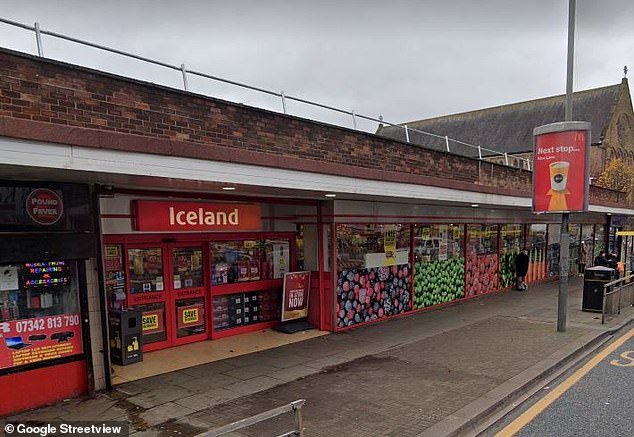 The four-year-old boy’s mother reported to police that the man who snatched her child went in the direction of Iceland, southwards from the shoe repair shop, on Walton Vale, towards Rice Lane in Liverpool

‘I’d also like to assure everyone that we take any reports of this nature extremely seriously.

‘We’ll act on all information provided and are absolutely determined to find this man to ensure that no such incidents happen again.’

Anyone with information is asked to contact @MerPolCC or 101 quoting reference 20000320202. You can also contact the independent charity Crimestoppers anonymously on 0800 555 111.