Home » World News » Boy, 2, shot alongside his mum and two teen relatives after dad cleared of stabbing gangster to death

A TODDLER injured in a quadruple shooting this week may have been targeted over his dad’s murder charge.

Detectives investigating the attack arrested a man, 19, in a dawn raid on suspicion of attempted murder yesterday after the two-year-old, his mum and two teens were hurt.

And it has since emerged that Aaron Youngsam, the dad of the little boy injured in the shooting, was accused of gunning down Craig Small, 32, in September last year.

A shocking video showed the rapper being fatally shot outside a row of shops in Wembley, North West London in July.

But a case brought against him and Courtney Ellis sparked fury after it was dropped due to a lack of evidence.

The musician’s death led to a number of gruesome retaliation attacks against rival gang members in the nearby Harlesden area.

And on Wednesday night, a masked gunman let off eight rounds on a residential street in the area, hitting four family members in what police described as an "act of indiscriminate violence".

Cops said the three adults were approached by a lone gunman in Energen Close on Wednesday night.

He fired multiple shots at the two teenage men, hitting them, the mother and her baby son, who was in a nearby car, before fleeing on a motorbike.

Juane Youngsam, 18, and Rynell Seaton, 19, said to be Juane’s uncle, were rushed to hospital with gunshot wounds.

And the young lad was shot in the head – with mum Piera Hutton, 27, riddled with bullets as she sat in a car. The little boy is now in a serious but stable condition.

With all four surviving, there were fears that more attacks could follow. 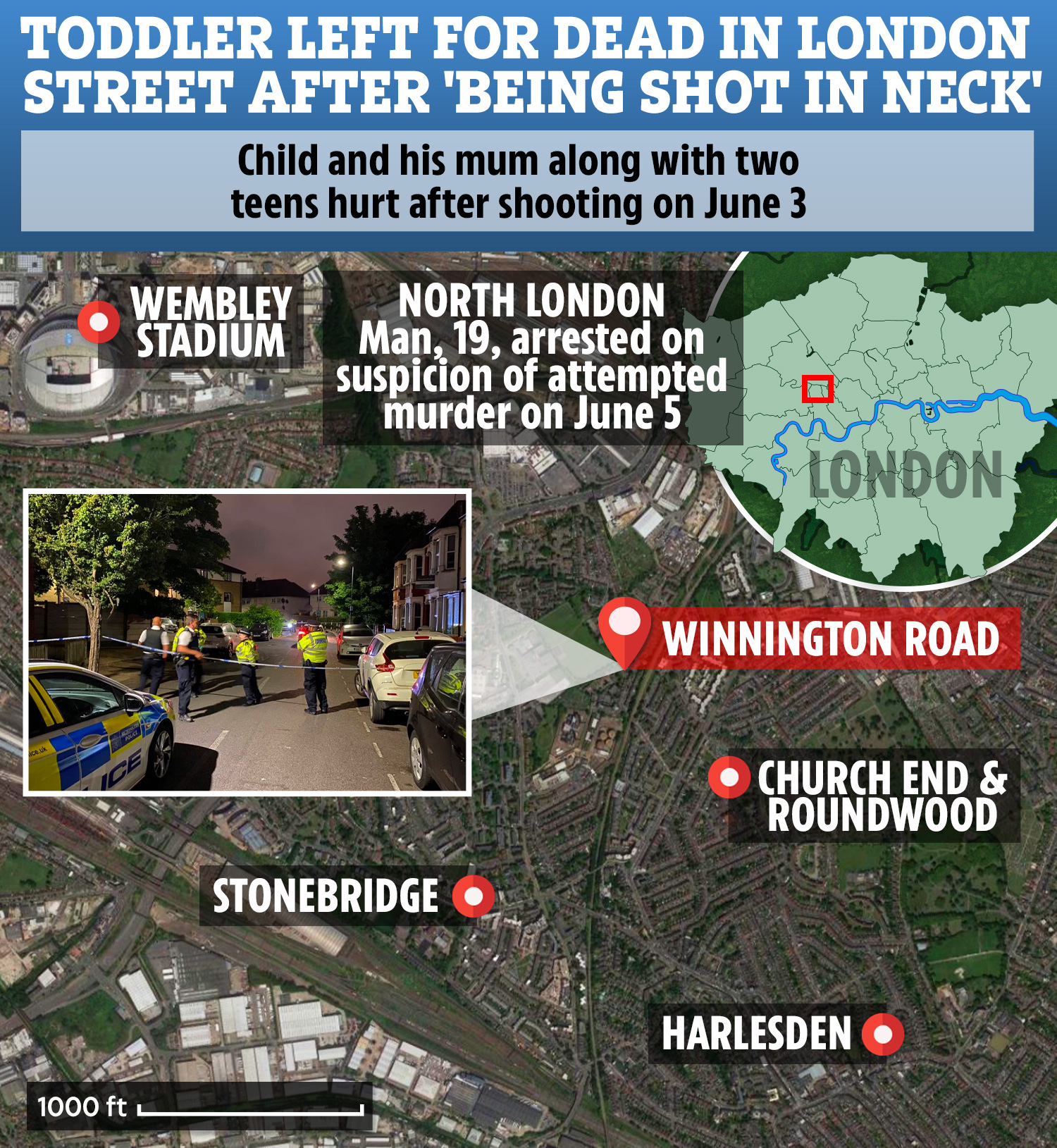 The Times reported that Lillian Serunkuma, the grandmother of the toddler injured in the attack, also witnessed the attack on her family.

Tragically, her son Qumari Serunkuma-Barnes was stabbed to death when he was just 15 in 2017.

Local resident Nora Moran, 34, said: “A man was shot in the shoulder and another man had been shot in the leg.

“One of the neighbours gave one of the men compressions as he laid on the floor in the dark.

“Then I saw a man coming out of the house carrying a young child, he was covered in a blanket and had a bandage around his head.”

"This child was shot in a wanton act of indiscriminate violence. I know that people will be shocked and horrified that a little boy should be the victim of a gunman and I need the community to show their support for him, and his family, by telling police what they know."

A Met Police spokesman confirmed officers had conducted warrants at two homes in North London about 5am on Friday.

They said: “One man, aged 19, was arrested on suspicion of attempted murder and taken into custody where he remains.

“The arrest was made in connection with a shooting in Energen Close, Harlesden at around 9.45pm on Wednesday, 3 June.” 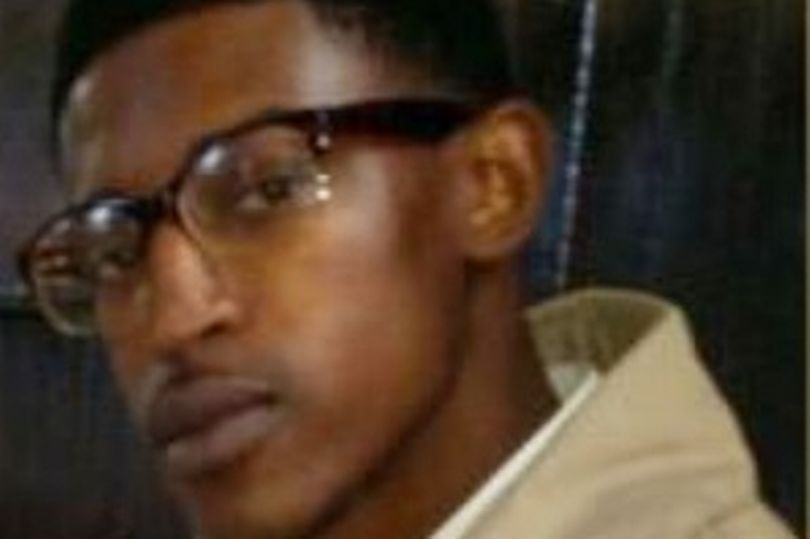 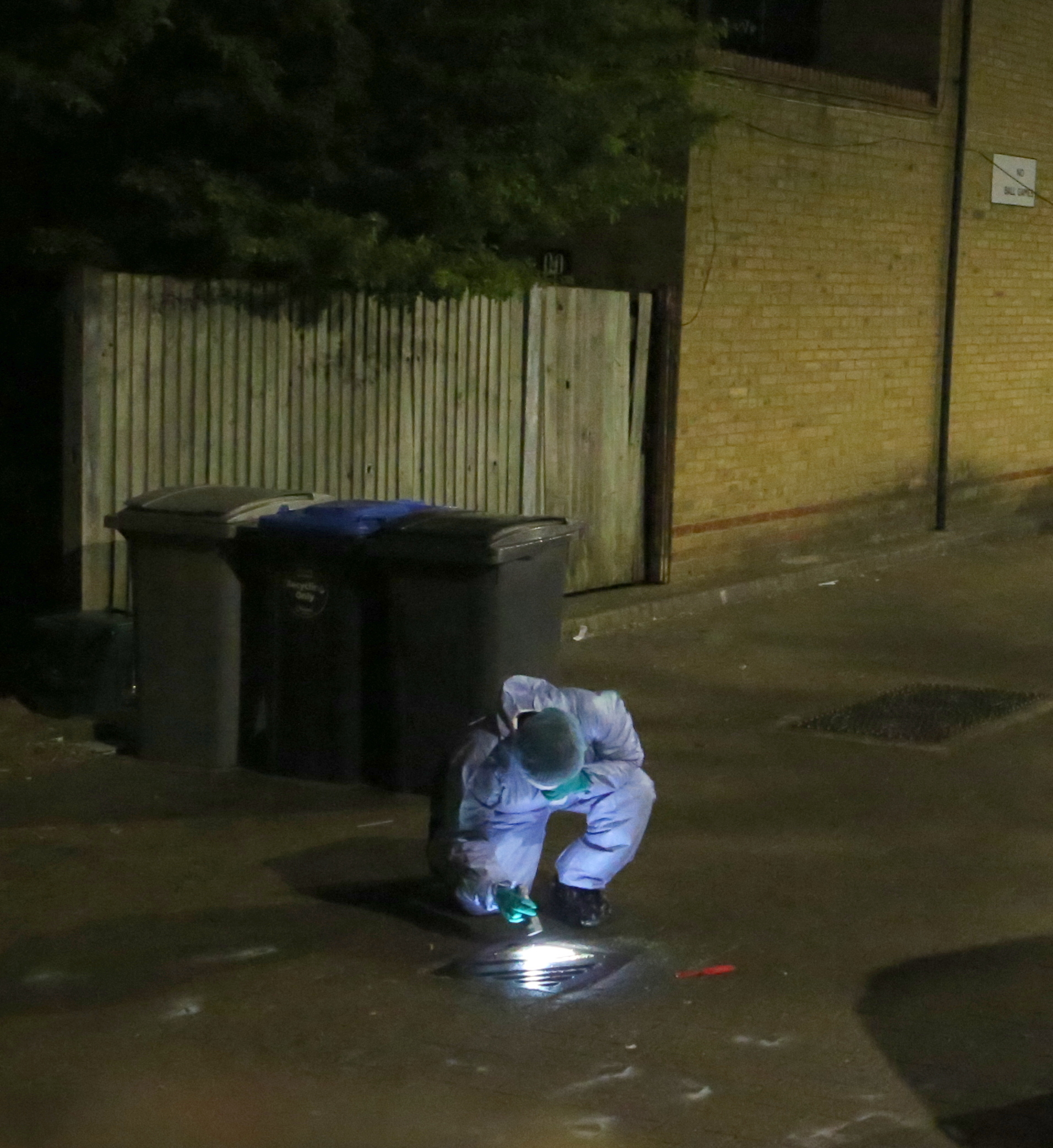 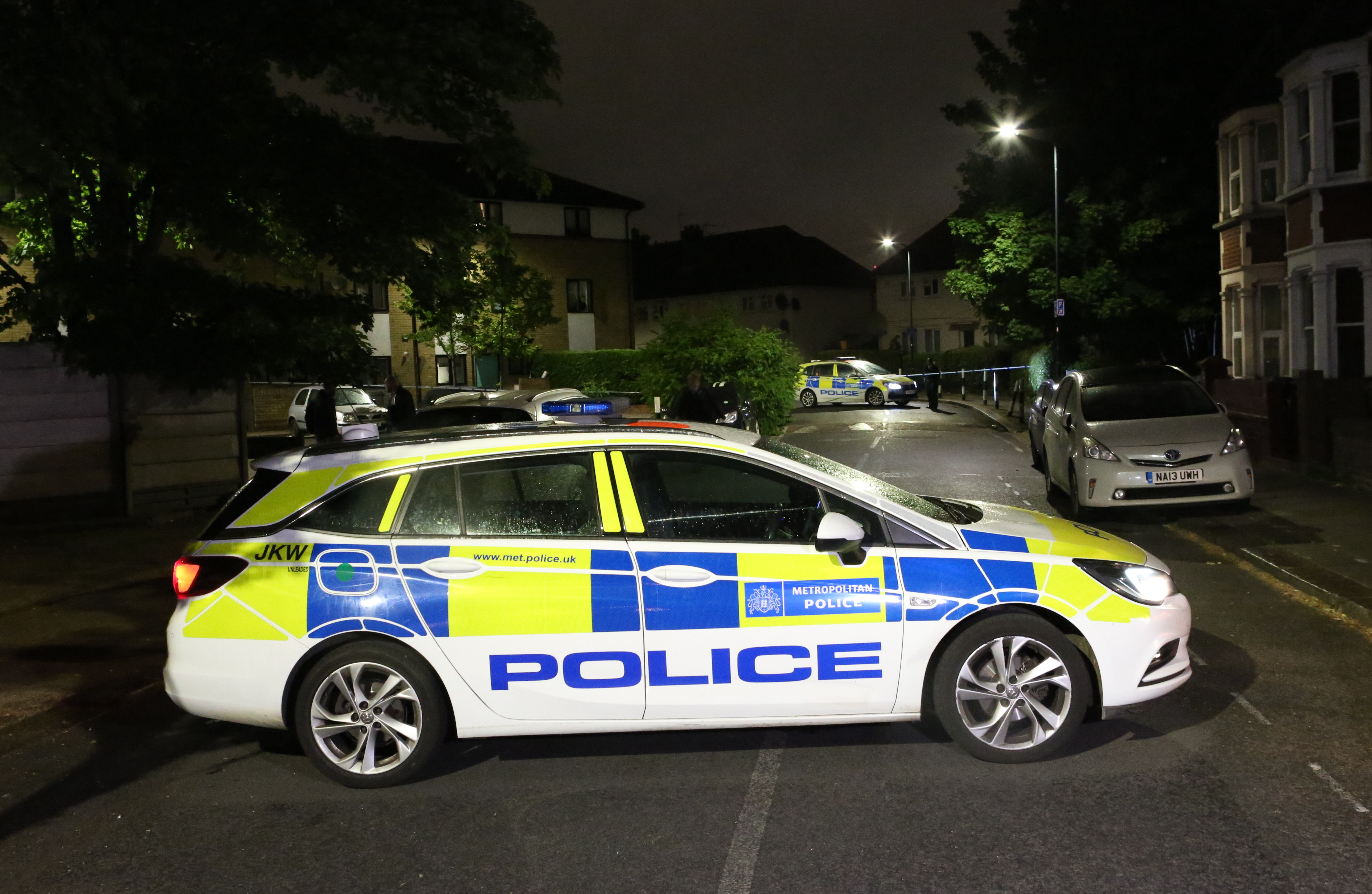 Maryland man may be first person successfully vaccinated against COVID-19