BORIS Johnson has threatened more local lockdowns if the public do not behave on Super Saturday.

The Prime Minister today warned the Government would be forced to step in if people did not behave as pub's reopen tomorrow. 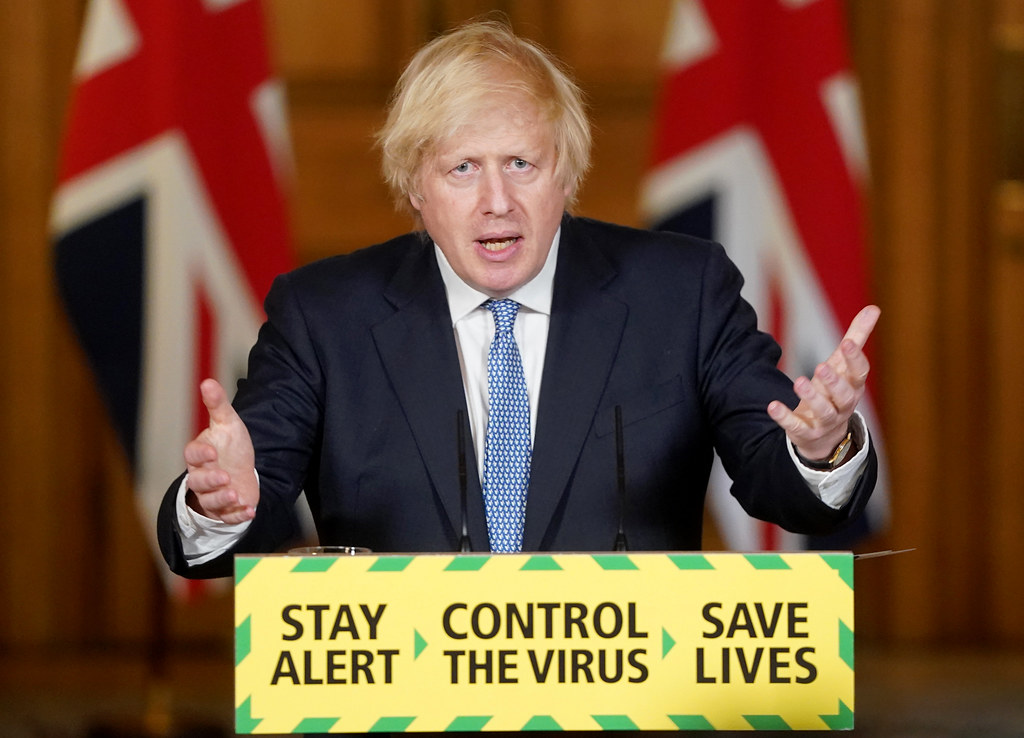 Speaking at a Downing Street press conference, Boris threatened to hit the nation with local lockdowns.

He said: "Just as when we first locked down, we will only succeed in reopening if everyone works together. Because we are not out of the woods yet.

"The virus is still with us and the spike in Leicester has shown that. If it starts running out of control again the Government will not hesitate in putting on the brakes and re-imposing restrictions.

"That could mean shutting business venues, closing schools or urging people to stay at home.

"This is a big turning point for us. We've got to get it right".

The PM vowed to make the most of the easing of restrictions, but warned the public to "enjoy summer safely".

He added: "I will certainly buy and drink a pint, but not a yard”.

Boris also warned local lockdowns will now be a "feature of our lives for some time to come", but"carefully calibrated on the scientific circumstances".

He added: "We need to move away from blanket measures to local targeted measures.

"With each local outbreak we see what works well, to learn better for next time."

The PM also did not rule out another national lockdown in the event of a second wave.

He said: “There will be an increase in local outbreaks, there's no question about that.

“Winter is the big risk. It's been suppressed and we need to keep it suppressed for a more covid-safe world."

Chief Medical Officer Chris Whitty added that the possibility of a second wave will stay with us for a "very long time ".

He added: "If individuals, families and firms do not take them seriously the possibility of a second wave goes up sharply.”

Earlier this week the PM warned the public that they must do their bit to stay safe ahead of pubs and restaurants opening again at the weekend.

In an interview he said: “Do not undo the sacrifices you have made with reckless behaviour.

"We do not want to see businesses have to close again."

The Government insisted the whole nation – or just parts of it – could be locked down again if cases spike once again.

The British Beer & Pub Association, UKHospitality, the London Night Czar and the National Police Chiefs' Council urged people to support landlords and others as pubs open their doors for the first time in months.

The Campaign for Real Ale (Camra) also issued guidance to people planning to have a pint in England tomorrow.

Camra said people should order and be served at their table, give details of their name and a phone number to help with contact tracing, and might not be allowed to shelter inside if it rains.

This week Leicester became the first city to have restrictions reimposed after a rise in cases.

Some of the other rules included to keep people safe from Saturday will include:

Police fear that the opening up of huge parts of the economy will cause chaos at the weekend.

They are preparing for a New Year's Eve situation with increased violence, clashes with police and anti-social behaviour.

Scotland's First Minister Nicola Sturgeon urged Scots not to dash across the border to get a pint in England – as she relaxed rules for people north of the border to have to stay near their own homes.

Rules ordering people not to go within five miles of where they live will be lifted, she said.

But pub beer gardens in Scotland are not scheduled to reopen again until July 6.